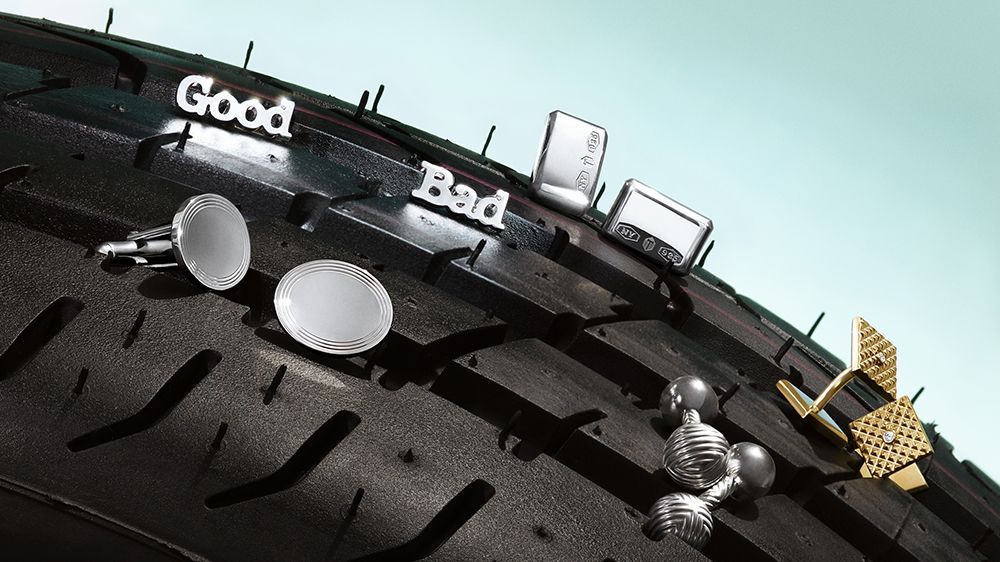 When it comes to jewellery, gents are no longer limited to tie clips and cufflinks: They’re experimenting with all types of accessories, and Tiffany & Co. has decided to capitalise on this trend. Today, the luxury retailer announced it will launch its first-ever comprehensive jewellery collection entirely for men.

Dropping in October, Tiffany Men’s will include nearly 100 different designs, ranging in price from about £165 to around £12,500. In the past, Tiffany has offered a selection of more conservative men’s pieces—like wedding rings, watches and money clips, which it will continue to carry—but the new collection will put a contemporary spin on men’s high-end jewellery.

“Men all over the world are wearing jewellery and more accessories as part of a wardrobe,” Reed Krakoff, the company’s chief artistic director, told The Associated Press. “You started to see it on the runways and in social media.”

Indeed, this market is booming. Last year, sales of men’s fine jewellery reached $5.8 billion (around £4.8 million), up 23 percent from 2013, and has garnered a spate of fashion-savvy supporters, including John Mayer, Jay-Z and Hiroshi Fujiwara. Through the collection, Tiffany’s hopes to diversify its customer base, attract younger shoppers—millennials with money to spend—and improve sales, which have suffered following a decline in spending by tourists from China and elsewhere.

This is not the first step Tiffany’s has taken to pump up sales. Last year, CEO Alessandro Bogliolo greenlit a $250 million (around £206 million) revamp of the Fifth Avenue flagship—and Bogliolo and Krakoff’s new vision for the brand appears to be working. In 2018, the company’s shares rose nearly 39 percent, which brought its market cap to a whopping $15.4 billion, or around £12.7 billion.

Tiffany’s says the men’s line will occupy its own floor in each of the 300 stores—instead of being dispersed among the other collections—and each space will have its own distinctive vibe. Historically, men’s accessories haven’t been a big focus at Tiffany’s, but given they have a “captive audience”—and the fact that half of the company’s global customers are men—it seems like an opportune time.

The collection will also include home furnishings and men-centric accessories, like beer mugs, cocktail shakers and ice tongs that will ask around £60,000 and beyond. One of the most impressive items in Tiffany Men’s is the one-of-a-kind, handcrafted solid sterling silver and 18k yellow gold vermeil chess set—price available upon request. We got a little taste of Tiffany’s luxurious homewares late last year when the brand launched the limited-edition Everyday Objects Collection, which featured everything from a £29,000 watering can to a £16,500 lantern and a £1,000 tape measure. We’ve got our fingers crossed for a Tiffany’s screwdriver…