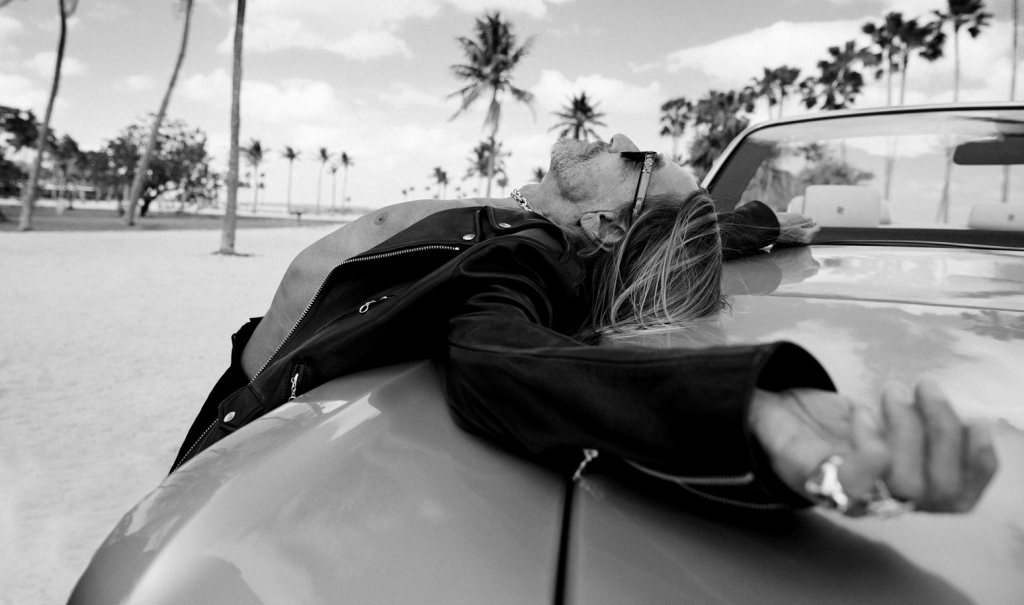 Sunglasses are nothing new. The Emperor Nero reportedly squinted at gladiator duels through gemstones. Lawyers in 12th century China wore flat panes of quartz over the eyes whilst interrogating those in the stand, in order to emit poker-faced impartiality. Celebrities began wearing them around the 1930s – to fend off the bright lights and camera flashes which are all part of being a movie star, according to some reports.

And, almost a century later, sunglasses remain inherently cool, with the air of aloof mystery concealment of the eyes entails and the extra symmetry shades bring to any given face being among the sensible explanations as to why.

Here are our favourite sunnies for the Summer Of 2022…

Cutler & Gross vs The Great Frog

Yes, that is Iggy Pop, in the main picture and above – along with his own 2009 Rolls Royce Phantom convertible. The Godfather Of Punk was a shoe-in when it came to being the face of a collaboration between luxury eyewear brand Cutler and Gross and (also) British self-proclaimed ‘Rock ‘n’ Roll’ jewellers, The Great Frog.

The pair pictured (part of a collection of five styles –  three of them sunglasses) is thickened at the hinge to create a bolder silhouette and better stability. Recommended, over aviators, for any quasi re-enactment of the Top Gun volleyball scene.
£525, BUY NOW

Loro Piana is a master of relaxed elegance, and that’s particularly evident in these sunglasses. Aviator-shaped shades have been a classic for almost 90 years, since the US military introduced them to its airmen in 1935, and over the years they’ve been gently refined and elevated to the realm of discreet luxury. Handmade in Japan using titanium frames, this pair’s softly squared green lenses nod towards the style’s heritage. That said, they’ll be better suited on the beach than at 30,000 feet.
£460, BUY NOW

The late Dennis Hopper, who starred in and directed the seminal film Easy Rider in 1969, was remarkable not only for his acting abilities but for his innate sense of cool.  So, when Jacques Marie Mage, the LA-based cult eyewear brand, honors him with a pair of frames, you can expect they’re going to be good. Made in Japan in limited quantities, the Taos (named for the New Mexico city where Hopper lived and was buried) has a 60s spirit and is carved by hand from thick 10mm acetate and features gold detailing on the fronts and temples.
£610, BUY NOW

There’s more to a brand which has, since its founding in 1847, evolved from a small Parisian store to a global luxury giant than fine watches and jewellery. The frames on these, our pick from the brand’s Première De Cartier collection, have a smooth champagne golden finish that complements the pilot shape frame to imperious effect.
£865, BUY NOW

Made in collaboration with noted menswear author David Coggins, these Kirk Originals frames celebrate Coggins’ love for fly fishing. The style is a classic aviator shape with enhanced proportions and details, such as an infilled bridge, enhanced top bar, a flared detail to the nose and faded brown polarised lenses. Sporty with just right dose of 70s swagger, they’ll make a rakish statement whether worn with a tee and trunks or a linen suit.
£425, BUY NOW

The Californian sunglasses by E.B. Meyrowitz

It might seem a tad off-kilter, E.B. Meyrowitz – an opticals brand founded in London in the latter Victorian period, when the fog was often so thick that the shops in Bond Street had their lights on by mid-day – naming a product after a part of the world so inextricably linked with sunshine.

You can’t argue with the results though. These exquisitely shaped beauties more than justify the incongruity: offered in a range of six shades – from yellow-tinged ‘desert sun’ to blue ‘mountain rain’ offerings – they’re a classy tribute to the Golden State, from across The Pond,” the brand  says of the pair pictured.
£850, BUY NOW

It’s hard to think of a more casually-slash-clumsily used word than ‘retro’: here, though, the notion is fully justified in a pair of sunnies which are thoroughly modern, both aesthetically and in the sense of the conscientious consumption motif now rightly colouring our buying choices. Made from biodegradable acetate with stainless steel, they’re a tribute to the gentleman wearing them above – quarterback Tom Brady and the Tamper Bay area of which he’s become emblematic.

For us the pair in bourbon, with blue lenses, edge the others in a pretty stiff competition.
£120, BUY NOW

No prizes for guessing what kind of ‘sport’ is being referred to in the product name here, given Purdey’s long-established reputation for bespoke, hand-crafted shotguns. Like the very best aviation or diving watches, these are designed to be genuinely fit for purpose: they come with three sets of interchangeable lenses – so they’re functional come rain, shine or anything in between – while two different temple tips are available depending on the activity you have in mind.

Purdey’s 200-plus-year engraving tradition will be immediately recognisable to those familiar with the company.
£995, BUY NOW

Persol’s PO3292S is one of the iconic eyewear brand’s most under the radar models. So, if you’re a fan of the brand and have already a few pairs, these should be next on your list. With a masculine profile, square frame and keyhole bridge, they’re slightly oversized and will therefore help you make a statement if that’s what you’re going for. Like all Persol frames, these are made in Italy and feature the brand’s signature silver arrow on the temples, which is inspired by the swords of ancient Chinese warriors.
£150, BUY NOW

The British haberdasher tapped a small team of artisans in northern Italy to craft its latest eyewear range. Drake’s has given these timeless frames a somewhat eccentric personality thanks to the curvaceous shape and ombré blue lenses—just the thing for upping on the ante on your beach bum uniform.
£245, BUY NOW

Saint Laurent befittingly lends traditional D-frame shades a sleek and considered profile with slender acetate temples and fronts. Made in Italy using premium tortoiseshell acetate, they have a rounded nose bridge that’s comfortable for all face types and a drop-down brow line. Easy to wear and perennially stylish, they’ll look fresh this summer and for many more to come.
£285, BUY NOW

There’s way more to this collaboration between charity organisations #Togetherband and Sightsavers than just conscientious purchasing: the rectangular lensed Rae model pictured, based loosely on Ray-Ban’s Wayfarer style, are an elegant addition to anyone’s collection, especially with the green frames option. All models are made from recycled plastic derived from CDs and electrical appliance cases, and every pair of sunglasses purchased helps fund treatments for river blindness – a parasitic infection spread by flies that live near fast-flowing rivers – for 25 people.
£40, BUY NOW