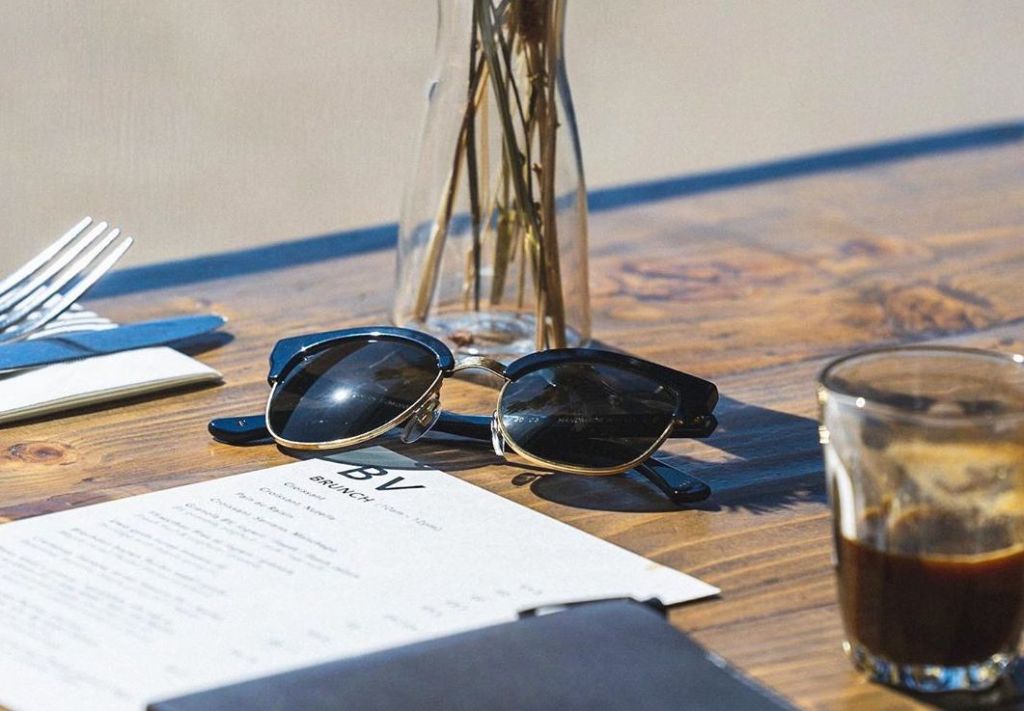 When it comes to frame design, the major fashion brands, for obvious reasons, have got sunglasses nailed: so why opt for bespoke craftspeople who are devoted to eyewear? Well, as with artisanal shoemakers, with decades of traditional craftsmanship behind them, such specialists understand comfort, fit, style and quality far better than a brand whose attentions are more thinly spread.

And, should you opt for bespoke, as well as the level of personalisation (bespoke specs express your unique persona, and should be created taking into account your personality and face morphology), your glasses will be unique: not just ultimately yours, but ultimately you. This is especially the case with prescription lenses, where a bespoke service is going to be vastly more suited to your needs from a clinical perspective, too, taking into account your head shape and pupil distance as well as spherical numbers and so on.

With Britain leading the way with bespoke eyewear, here are our three firm favourites, when it comes to sourcing sunnies from an atelier rather than a fashion outlet.

EDWARDS EYEWEAR
Founded by a renowned optometrist and a World Champion Clay shot (Edwards Lyons and Solomons respectively), Edwards Eyewear is on a singular mission: to create luxurious glasses and sunglasses whose sustainability credentials match up to their quality, performance and wearability.

Hence, their products are made from cellulose acetates based on biodegradable and recyclable cotton and arboreal fibres, in contrast to the high-end fashion world’s tendency to use regular plastics. The brand’s ready-to-wear collection is divided into two – ‘Handmade in England’ and ‘Handmade in Italy’. The latter group includes the house’s own twist on the YachtMaster style, Venice (from £229, see main pic), as well as the model the brand describes as its ‘statement piece’, the Napoli (below, from £249): frames whose architectural composition sees a traditional round-eye shape blended with an upswept angular top rim for an edgy take on a classic look.

E.B. MEYROWITZ
The eyewear cognoscenti who run Mayfair boutique E.B. Meyrowitz, purveyors of luxury optical goods since 1875, are strong advocates of bespoke – “It’s amazing how many men wear glasses that just don’t fit, that are constantly falling down their nose and have to be pushed up,” as  Sheel Davison-Lungley, its owner, recently told the Permanent Style website. And, its bespoke division is an impressive operation indeed, with 23 separate measurements taken down for each client, not to mention extensive details about their patron’s lifestyle and needs, and an impressive range of materials from acetate to buffalo horn via tortoiseshell, exotic skins and precious metals.

As for off-the-shelf, the atelier’s latest range – the Californian (see below) – looks set to be the stand-out style in its oeuvre for several summers to come. Inspired by the bond between man and machine – specifically, two-wheeled machines – The Californian pays homage to The Golden State and the promise of open-road adventure it offers to life’s easy riders.

Fusing a streamlined build with seductive contours and sharp graphite green tints, the range is handcrafted by E.B. Meyrowitz’s ateliers across the UK, France and Germany and is offered in a range of six shades (from £850, available from the online store as well as from the boutique in the Royal Arcade, Mayfair).

TOM DAVIES EYEWEAR
How many ateliers can count Superman as a customer? Tom Davies – whose frames have also been worn by Heston Blumenthal and Carrie Fisher – has been able to since 2014, when Warner Bros asked him to fit Henry Cavill with a pair for Batman v Superman: Dawn of Justice.

Now, following a dogged survival programme through lockdown, Davies’s Brentford manufacturing centre is busier than ever, as are his five Central London outlets (including boutiques in Covent Garden, Knightsbridge and Sloane Square).

The ‘British Made’ tag has been a fierce wind in the brand’s sales ever since Davies celebrated re-shoring by creating the Union Flag-emblazoned ‘Love’ specs in 2017, while other exceptional pieces include the Cruise and Miller (both £395) classic aviators made in premium Titanium with an acetate inner rim around the lens (the temple arms and rim-wire are deeply stamped with a pattern), as well as the Davies and McCartney options (both also £395) – both classic shapes but created from lightweight bloc, ION plated titanium rather than acetate as you would expect traditionally for these styles. All models care available with bespoke titanium frames for £695, and all the house’s sunglasses use Zeiss lenses.