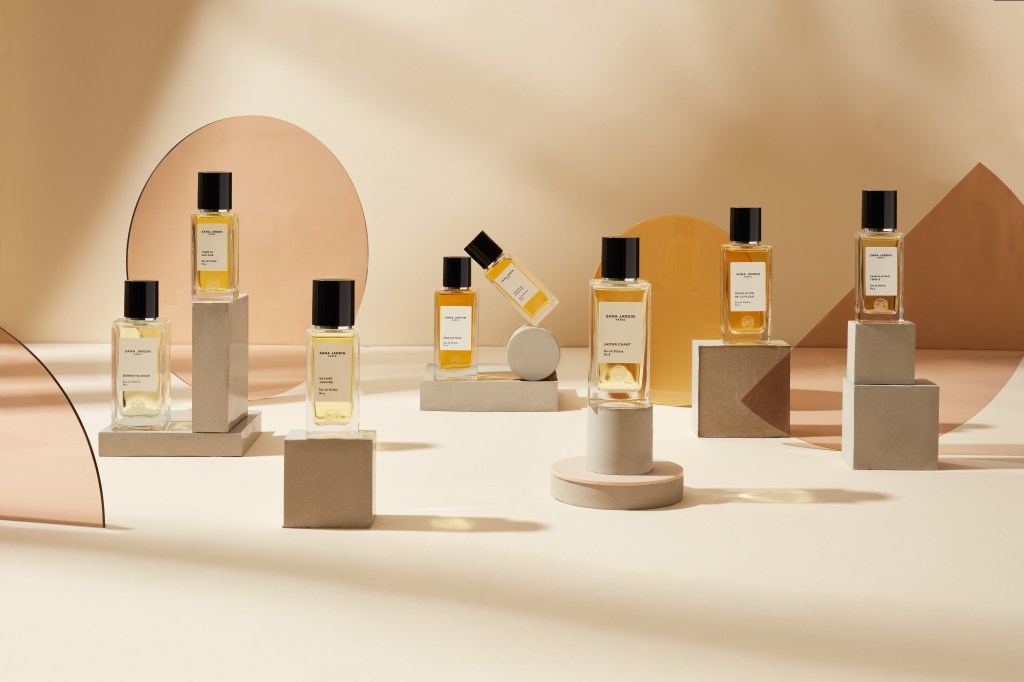 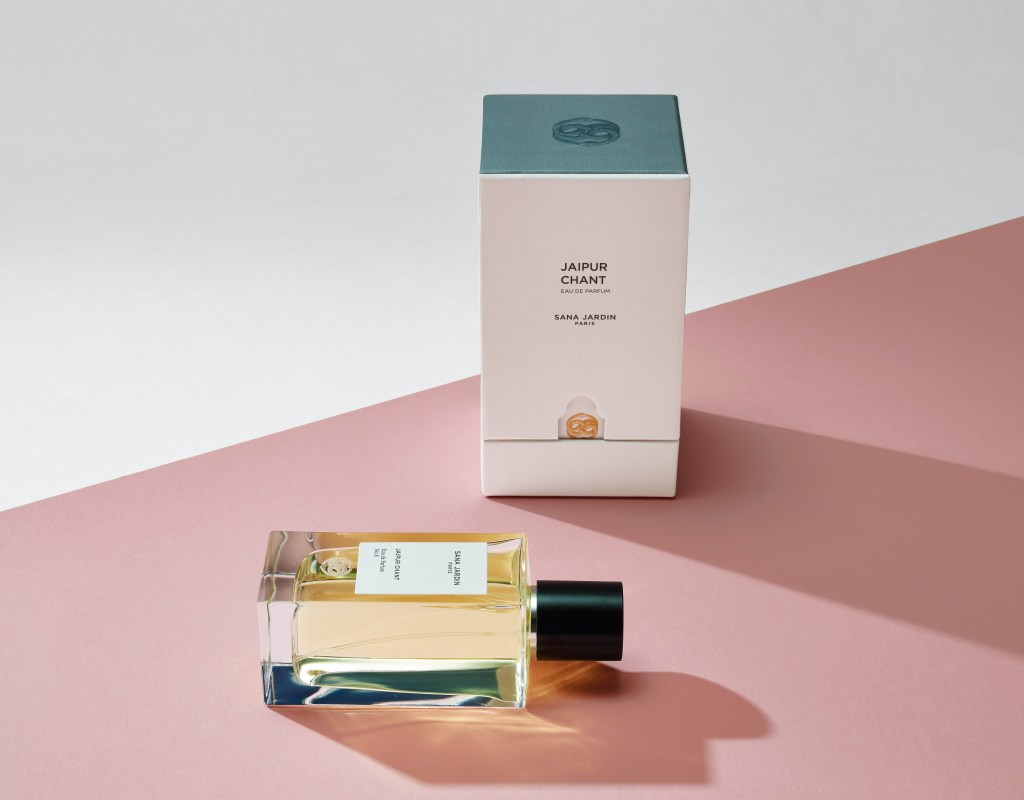 The pandemic has accelerated the luxury world’s shift towards conscientious consumption: and the socially aware approach of San Jardin (see also main pic), a fragrance house founded by former social worker Amy Christiansen, could not be more authentic or effective. Built on the principles of a circular economy, the brand’s Beyond Sustainability™ business model empowers low-income women in Morocco through commerce (local women develop and sell their own products from the waste of the perfume production, receiving 100 per cent of the profits) and prioritises sustainability at every step of the supply chain. Jaipur Chant, an Indian tuberosefragrance, is one of a collection of eight beautiful eaux de parfums which harness the healing life force of plant and flower essential oils.
£180 for 100ml,  sanajardin.com 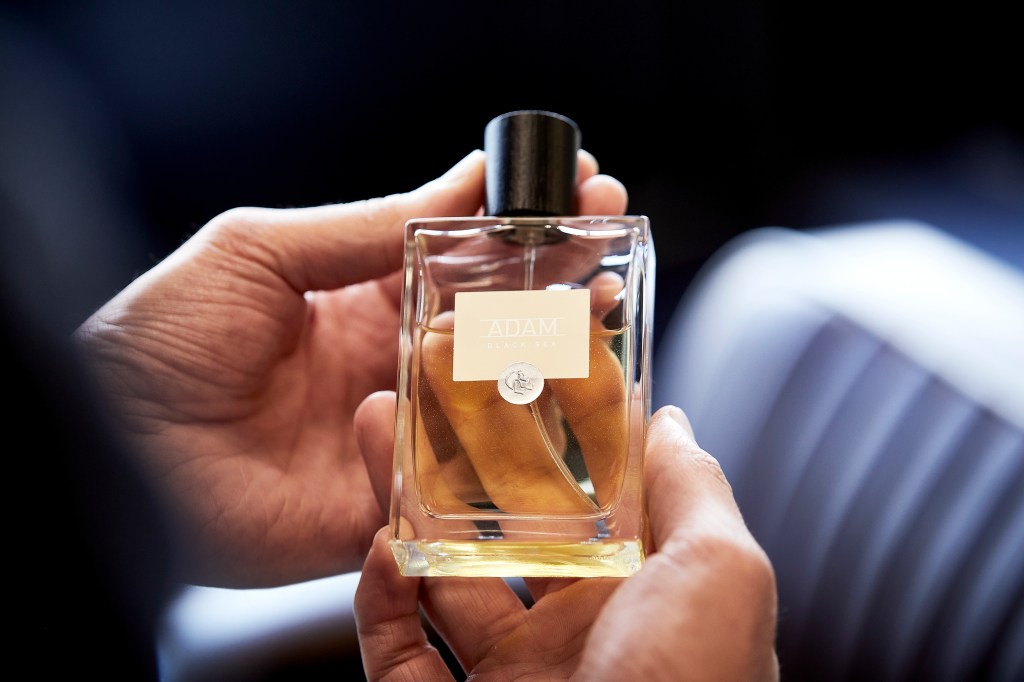 If you’ve not heard of London grooming hotshots Adam Ateliers, you would have done soon even without reading this: not least in light of the new Adam Atelier at Harrods opening next week – designed by award-winning architect Inanc Eray – set to play a more prominent role in the department store in the run-up to Christmas. The brand’s fragrances are made from raw botanicals, essential oils and spices from Anatolia, with this particular scent also calling to mind the leather tanneries found on that part of the word’s coastlines. Notes of rich tobacco, musk, cedarwood and amber prevail in the finish.
£70, adamgroomingatelier.com 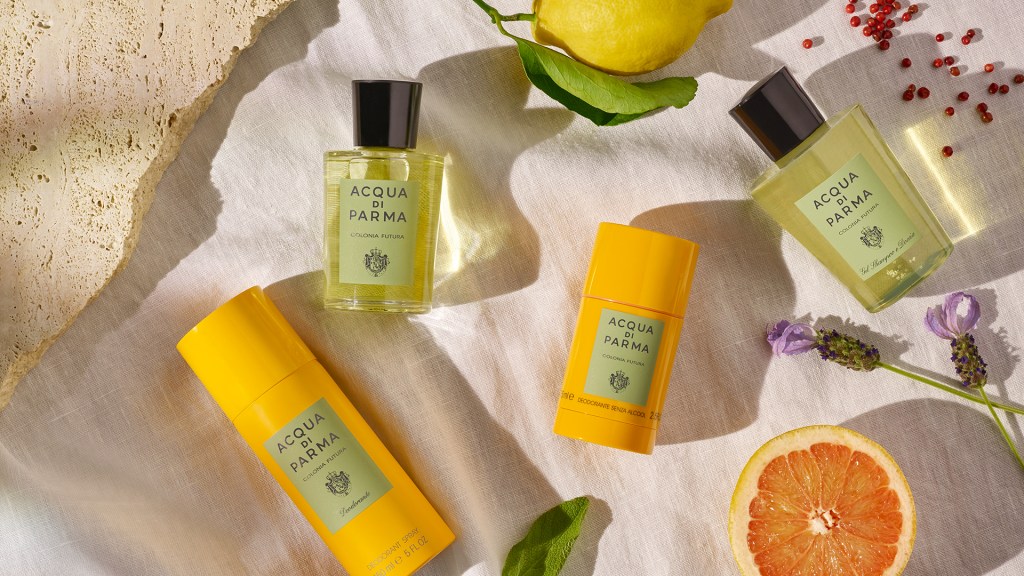 Made in Italy, by Italian artisans from Italian ingredients, Acqua Di Parma’s unisex fragrances are redolent of the country from which they hail: especially in the case of this, a scent which has top notes of bergamot, grapefruit and lemon (there’s also a touch of pink pepper) that tapers off into a lavender-and-sage duet. Throughout December 100 per cent of net revenue from Colonia Futura purchased from the UK e-commerce division will be donated to The Prince’s Trust.
£110 for 100ml, acquadiparma.com 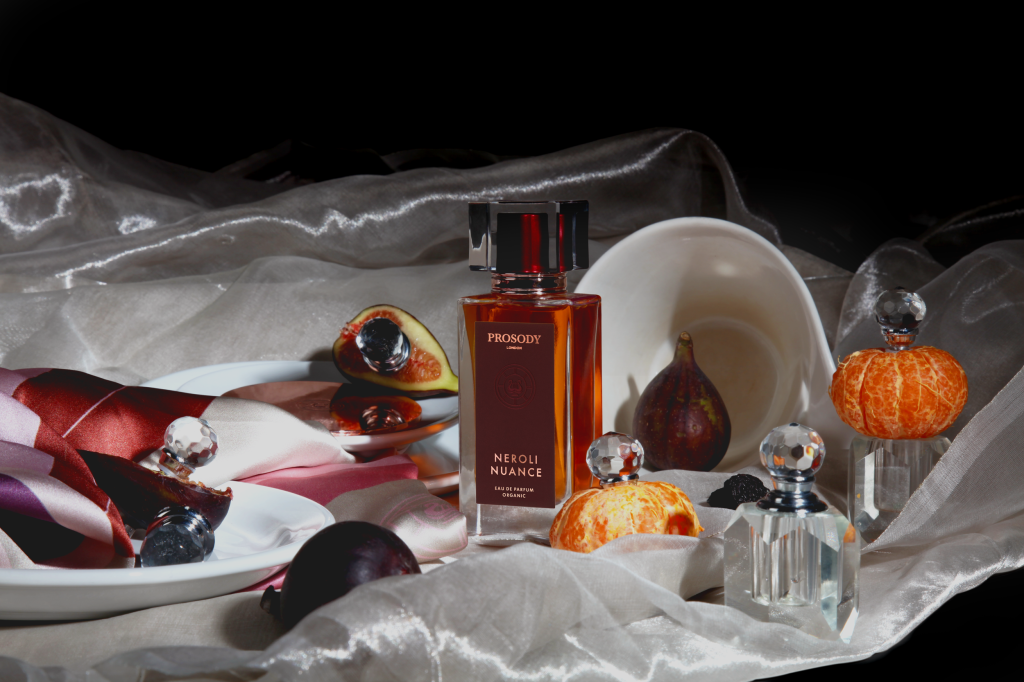 Another one for either gender. Proudly taking the lifecycle of stems, leaves and petals as their inspiration, Prosody London’s founder and ‘nose’ Keshen Teopoints out that “some of the earliest cultures saw plants as a grammar, a code and a cosmology”. Lofty stuff: this captivating blend of blood orange, candlewood and exquisite neroli, underpinned by an orange blossom and labdanum base, suggest he’s onto something though.
£135 for 50ml, prosodylondon.com 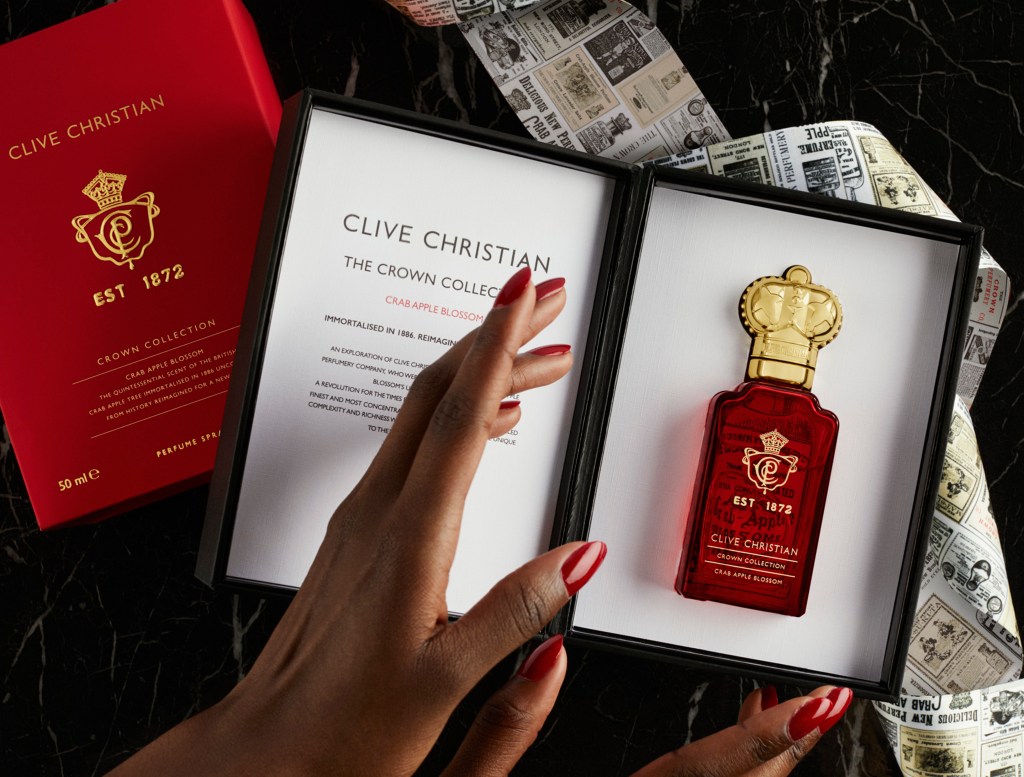 This new addition to the range offered by the artisanal purveyor of luxury perfumes, scents and fragrances was inspired by the crab apple blossom that grew outside the founder’s house. It sees a fruity floral character revealed from the get go, then subside to modern notes of sharp green rhubarb and a fresh mint and sugar accord, before settling into a base of sandalwood and aromatic driftwood.
£325 for 50ml, clivechristian.com 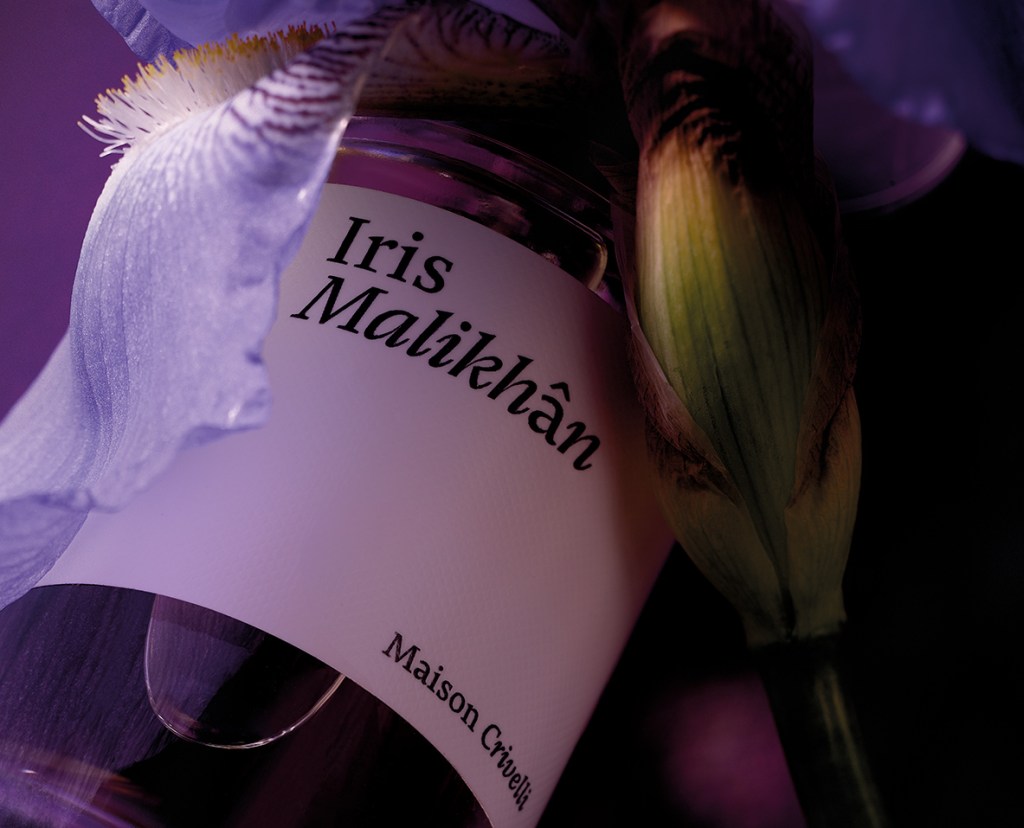 Burnt sandalwood found on the slopes of an erupting volcano is among the discoveries that have inspired Thibaud Crivelli, who founded French perfume brand Maison Crivelli in 2018, to create ever more idiosyncratic fragrances. Iris Malikhân kicks off with a subtle wave of galbanum and cypress which morphs into incense and a spicy pinch of coriander and pink peppercorn with a hint of blackcurrant and warm leather notes.
£75 for 30ml, harveynichols.com 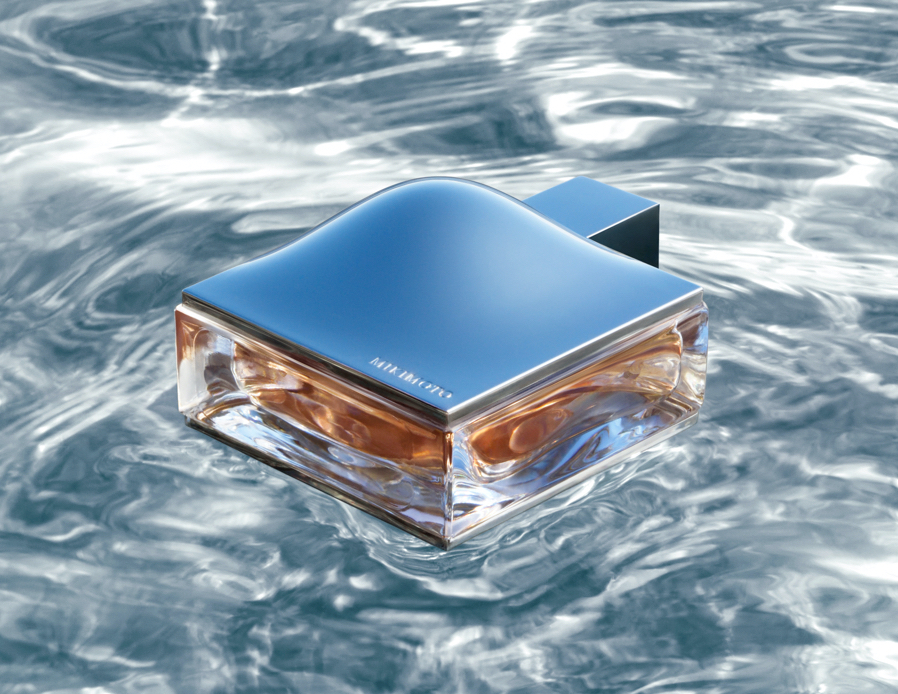 This summer release from a brand launched in Japan earlier this year is inspired by that country’s evocative heritage both cultural and natural: notably, in the case of the latter, pearls, which are called to mind here by strong overtones of magnolia. A forest-like chorus of ambergris, saffron, royal oud and sandalwood follows up, accompanied by the calming softness of saffron. Kiwi designer Lance McGregor’s witty orb-within-a-square bottle, meanwhile, mimics the lustre of pearls.
£270 for £75, mikimoto.co.uk 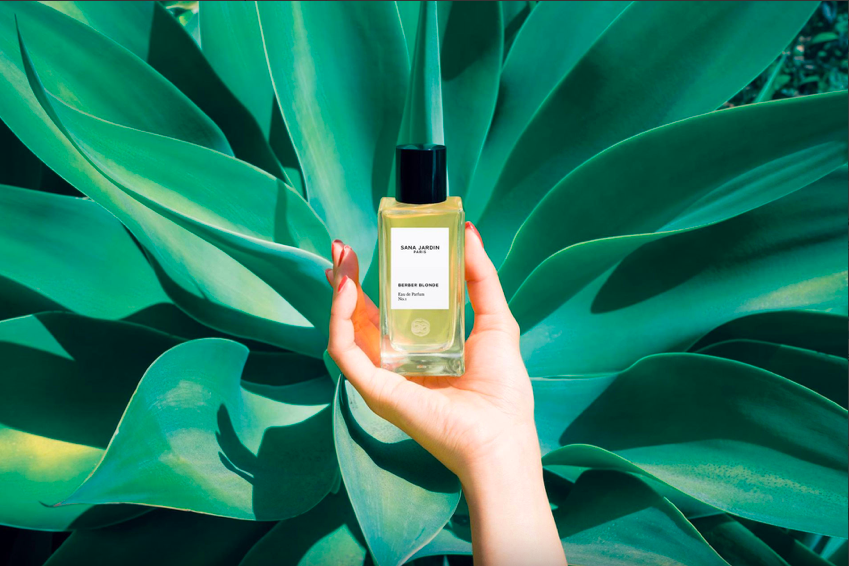 A redolent core of Moroccan orange blossom – which, according to some, packs mood- and mindfulness-boosting effects – is anchored by North African neroli oil and musk in this, another beguilingly heady scent from our perfumery of the moment, Sans Jardin: an artisanal house whose ethical practices include the empowerment of women by perpetuating artisan traditions such as flower harvesting.  Try and keep some for when the mercury rises: this one has, understandably, been described as “sunshine in a bottle”.
£180 for 100ml,  sanajardin.com