By Justin Fenner And Nick Scott 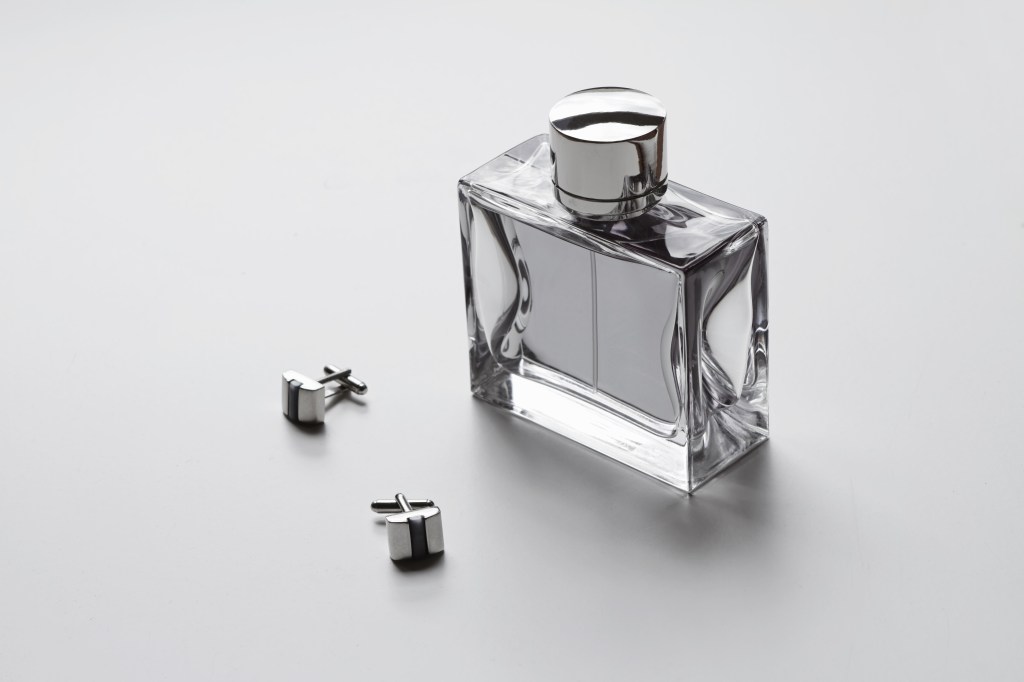 Freshly mown lawns, sizzling barbecues, suntan lotion – our olfactory associations with certain times of year are ingrained. And, as such, certain bottled scents just work better when applied during the balmier phases of the year – as much, arguably, that certain garments and dress codes do.

Here’s our pick of the current crop, when it comes to smelling like you’re tilting the same way as the earth’s axis.

Mint, bergamot, neroli, lemon, petitgrain, mandarin orange, lavender, geranium, galbanum, Haitian vetiver, ambergris, musk… It all makes for a thrilling olfactory symphony in the case of this fragrance aimed – like all of the 1916-founded Italian brand’s bottled wares – at both genders. Acqua di Parma prides itself on having developed a reputation for encapsulating human traits such as optimism and freshness. Check this out (along with their scented candles, if you’re so inclined) and you may find yourself nodding in agreement. Think La Dolce Vita, bottled.
£154 for 180ml, BUY NOW

Penhaligon’s, a luxury fragrance house in London that begins its life as a barbershop in 1870, has been swathing princes and dukes in fine scents long enough to know what it’s doing. For proof of this, look no further than the corner-office-approved scent Sartorial. It was designed to smell like the scent a bespoke tailor might experience when they hold up an iron or a steamer to a wool suit, which is a more appealing smell than you might think. The fragrance blends gentlemanly notes of violet leaf, neroli, lavender, leather and cedar to create a long-lasting scent with plenty of well-dressed credibility.
£152 for 150ml, BUY NOW

Ermenegildo Zegna earned a reputation for making serious power suits, but the brand seems to understand that its younger clients want lives outside of the office. Its relatively new series of XXX (pronounced “Triple Stitch”) fragrances will appeal to work hard, play hard types, and of the trio our favourite is Verdigris. Inside its slightly melted-looking bottle, you’ll find a decidedly crisp blend of cardamom and an icy winter accord that plumbs the line between warmth and coolness. But be warned: even though it’s marketed as an eau de parfum, it’s not the longest-lasting fragrance we’ve ever tried.
£150 for 100ml, BUY NOW

The bottle looks like it means business. Bentley says it’s inspired by “the skyline of a modern metropolis”, but it also calls to mind a stone edifice on a roped-off heritage site. And, the woody, floral and spicy scented  liquid contained within is suitably imperious. Top notes of violet leaves, Mandarin Sfuma and lavender hive way to heart notes of immortelle, geranium and orris, with warmer notes of Haitian vetiver, papyrus, patchouli and Dreamwood (a sustainable alternative to the increasingly endangered Mysore sandalwood) creeping through.
£70 for 100ml, BUY NOW

If you want to up the ante on that feeling of freshness, reach for Cartier’s Déclaration Haute Fraîcheur. While it’s technically a woody scent, its top note of citrus leaves gives it a remarkably crisp character. It’s bolstered by cardamom and cedar, and even though it’s marketed as a men’s fragrance, Haute Fraîcheur is – like other scents here – unisex enough that a lot of people will find it appealing. Which means more people will end up passing compliments your way.
£95 for 100ml, BUY NOW

There’s something pleasantly unexpected about a rose fragrance on someone who’s got a fairly masculine presentation, and Maison Francis Kurkdjian was designed to explore that tension. Its rose note calms down pretty quickly, taking a backseat to the grapefruit, sage and amber woods in its mix. It goes to a somewhat cedar-y place when it dries down, which grounds its brighter floral notes in something decidedly approachable. And because it’s got pretty good longevity, you’ll smell as good at your coffee break in the afternoon as you did during your morning stand-up.
£180, BUY NOW

Men’s fragrances don’t get more classic than Floris No. 89. It’s been on shelves since 1953, and when you get a whiff of it, it’s no wonder why. With a pleasing combination of notes that includes bergamot, lavender, geranium, cedar and musk, it’s a great all-arounder. Not too formal for the office, but not too casual for a night out. It’s an eau de toilette, so don’t expect it to last all day. But its short longevity might be its super power. You can spray it on when you need a little bit of an olfactory boost, or right ahead of a special occasion when you have to impress
£80, BUY NOW

‘Éclat’ means ‘brightness” or ‘brilliance’ in French, and the house’s Master Perfumer Michel Almairac is exuberant on the subject of how he fulfilled the concept when creating this zesty-but-peppery scent. “I was thinking of a relaxing moment. The spirit of the scent was inspired by an enchanted day, from sunrise to sunset. In this new fragrance, you can feel both the freshness of the early morning and the reassuring softness of nightfall. It is, at the same time, sober and sparkling. An intriguing contrast of pureness and electricity.” If you can detect something in it you’ve not come across elsewhere, that’ll be ambroxan – an ingredient, engineered by perfumer Nathalie Feisthauer, redolent of amber, wood and warm skin.
£95 for 100ml, BUY NOW

If Gordon Gekko were bottled into a high-end men’s eau de parfum, the result would undoubtedly be Green Irish Tweed. This Creed fragrance, which is almost as famous as the brand’s beloved Aventus cologne, was released in the 1980s—a time when many people were acquiring wealth. Accordingly, it’s as rich as that period in history. This eau de parfum is replete with notes of Florentine iris, lemon, verbena and violet leaves. Its freshness, which dries down into a soapy place reminiscent of a gentlemanly barbershop, makes it versatile and well-balanced. The dad who knocks it out of the park at home and at work will appreciate it.
£245, BUY NOW

As its packaging suggests, this new perfume brand – which launched exclusively in Selfridges earlier in the Summer – is frustrated by the limitations of the phrase “perfume brand”. Its first release – The Abstract Art Collection – features five fragrances from five olfactive families, each perfume inspired by an iconic piece of abstract art, from Jackson Pollock to Wassily Kandinsky. The 3+5 Extrait De Parfum sees notes of musk rose, lily of the valley, sambac jasmine and Mexican tuberose creep up on whiffs of coconut, pimento, apricot, almond and plum.
£225 for 100ml, BUY NOW

Kilian Hennessy is without a doubt one of the greatest perfumers of his generation – so great that about five years ago, his brand was acquired by Estee Lauder. Still, Kilian (the brand) operates very much like an independent outfit, which you see in inventive offerings like his cocktail-themed line. L’Heure Verte looks like it’s packaged in a crystal rocks glass and smells like you’ve been drinking absinthe – in a chic way – and that’s the point. It’s a top note of absinthe, middle notes of violet leaf and liquorice heart and base notes of patchouli, vetiver and sandalwood. Race you to the bar.
£165 for 50ml, BUY NOW

Perhaps no other brand wraps mythology around its fragrances quite like Arquiste, led by architect and businessman Carlos Huber. This one envisions a time when cashmere shawls fell out of fashion, and wraps up their patchouli scented warmth with top notes of bergamot, angelica root and French lavender; middle notes of Bulgarian rose, ambrette seeds and akigala wood; and base notes of patchouli and tonka bean. It’s inviting and intensely comforting, just like your favourite sweater.
£170 for 100ml, BUY NOW

Brooklyn-based fragrance brand DS & Durga makes some of the most imaginative scents you can buy today. Case in point: Mississippi Medicine. It’s inspired by the Mississippi death cults of the 1300s (Google it), a society that anthropologists believe viewed cedar as a portal between worlds. Accordingly, it puts the wood front and centre in a combination that features top notes of red cedar and frankincense; middle notes of cypress root, black pine and cascarilla bark; and base notes of incense, Spanish cafe and birch tar. Well-read types will appreciate how much it smells like being in the most stylish rare book store you can imagine.
£148, BUY NOW

Whether or not one is allowed to become a “nose” behind a scent without having a resoundingly Gallic name remains to be seen: but fifth generation perfumer François Merle-Baudoin, whose grandfather created the legendary (in some circles) female scent Anaïs Anaïs, has come up with a winning formula here. As masculine as the bottle in which it comes, this scent throws out top notes of mint, lemon and bergamot; middle notes of lavender, white flowers and jasmine; and base notes of nutmeg, agarwood, cardamom, cedar and patchouli. Another unisex one, it’s pretty much how you’d expect Serge Gainsbourg and Jane Birkin to smell when purring “Je T’aime… Moi Non Plus” at each other.
£295, BUY NOW

“Spritz it,” the brand recommends, “upon crisp evening shirts when looking for a seductive alternative to Lalique White.” And, in fairness, there is a nocturnal kind of charm about the rich, captivating notes of incense and elemi oil (plus, our aforementioned come-hither friend ambroxan) in this scent. Not-so-subtle hints of vanilla, tolu balsam and grapefruit do the encore.
£81, BUY NOW

Handcrafted by legendary perfumer, François Robert – a the son of Guy Robert, who created Chanel No.19, Chanel Cristalle, Dioressence, and whose surname should, predictably, be be pronounced “bear” – this scent is reportedly inspired by the aromas of unlit tobacco leaves and interiors of quality humidors, as encountered on a trip to Cuba Robert junior undertook recently. “I am fascinated by the mesmerising smell of an unlit cigar and of a cigar box,” he has said. “It’s a very complex mixture of different aromas which I understood when I spent time in Cuba with producers. I discovered they bathe the leaves in a mixture of honey with hints of lemon and aromatic herbs. To reproduce the smell of the cigar box involved mixing different varieties of cedar woods without letting the dryness overcome the accord.” It makes much more sense when you experience the smell of what’s contained within ‘Q’ Eau de Toilette’s travel-friendly packaging…
£195 for 125ml, BUY NOW

Can you bottle a country? Just launched at Liberty London, No.I Float Eeau De Parfum is a celebration of Myanmar – the aromas of its traditional cooking, the tropical flora from its North and South and the country’s swathes of untouched environments.

Made using the still water of Myanmar’s Inle Lake, it offers a blend of musk, lemongrass and bergamot.
£120, BUY NOW