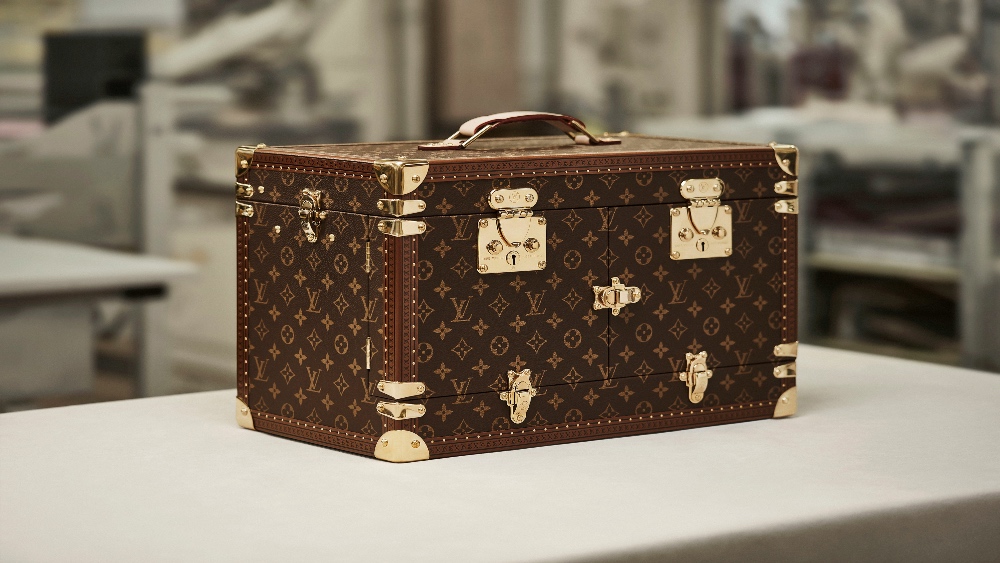 Louis Vuitton’s newest accessory is a nod to an old classic that dates back to its early beginnings.

Before captivating the world with its luxury handbags and accessories, Louis Vuitton was known for its small luggage and packing dating back to the late 1800s. At the age of 14, the legendary designer left his hometown of Anchay located in France’s eastern region to for Paris, where he began his career as an apprentice for a small store before opening his first shop near Place Vendôme. The rest as they say is history.

This week, the French-luxury brand pays homage to its early beginnings and craftsmanship through Mahjong, a well-known game from Chinese culture, with their new Vanity Mahjong trunk.

The custom Vanity Mahjong trunk plays tribute to the original travel trunk created in the 1950s. Like the original, the revamped version features satin-lined interior compartments that hold the game’s full set of 149 tiles with wooden rules, dice, wind indicator, sticks, and five extras to play the traditional game of skill.

The Chinese domino-like game gained popularity in the West starting back in the 1920s, where it was often seen at the tables of famous Hollywood soirees and was a favourite pastime of American presidents like Warren G. Harding.

The mahjong tiles also contain hand-painted elements from the brand’s floral motifs made from walnut wood and corian.  http://www.PiotrStoklosa.com/Louis Vuitton

If you’re interested in purchasing the new accessory, it will set you back around £75,000. And for those unfamiliar with Mahjong, the board can also be used to play backgammon, chess, poker and other games.