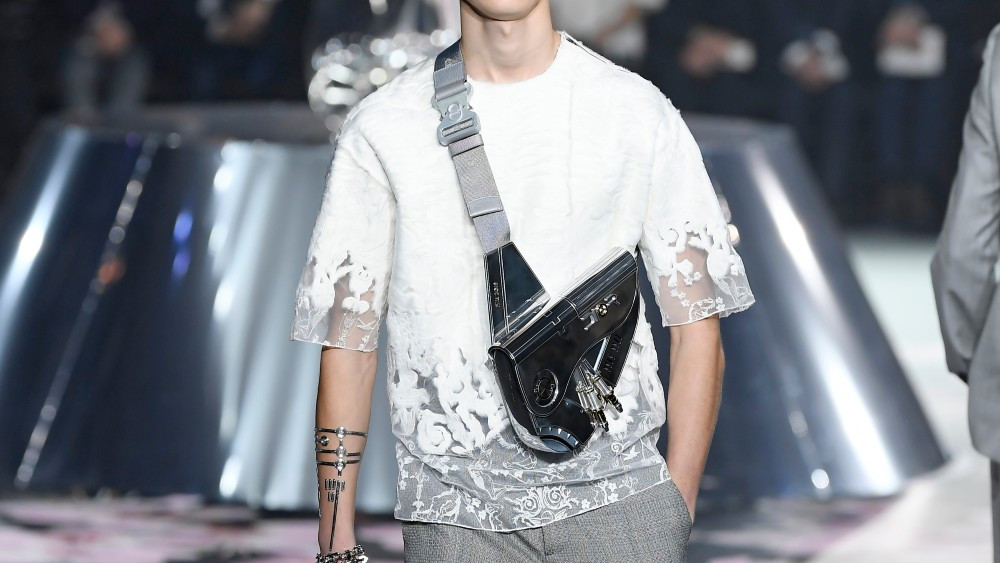 Say hello to Dior’s new riff on its retro saddle bag, which was first presented as a women’s bag in the ’90s and inspired by equestrian pursuits.

The metallic bag was shown on the catwalk for the brand’s pre-Autumn collection that made its first appearance in Japan late last year, with models strutting under a robotic figurine made in collaboration with the Japanese artist Hajime Sorayama. Sorayama’s work heavily influenced the entire futuristic collection, with its silvery palette and slick, android-like aesthetic. The artist also collaborated on the bag, which is part of the reason Dior has put such a hefty price tag on it. It was British designer Kim Jones’s sophomore outing at the luxe label, and he’s already making the brand a much-talked-about go-to for fashion-hungry millennials. (Jones did the same for Louis Vuitton’s menswear before he moved to Dior and Virgil Abloh took the reins at LV.)

The bag features a fully metallic exterior and hinged overlap. While it may not be the world’s most practical accessory, there’s no denying it’s cool as hell (for those who can pull it off).

Last month, Jones presented a collection on models who stood in place and were ushered down the catwalk via conveyer belt, all in front of an audience that included Kate Moss, Pusha T, Naomi Campbell and Robert Pattinson. With Oscar season approaching, no doubt we’ll be seeing well-dressed celebrities working the red carpet in some Dior ensembles.

If you want in on the saddle bag action but don’t have £27,000 lying around, fear not; there are some other, more affordable options available, like a £1,350 messenger bag. The all-black or all-brown version in collaboration with street artist KAWS, however, has already sold out.

Cristiano Ronaldo Has Launched a Sharp Line of Sunglasses

Curry & Paxton, a Long-Shuttered British Eyewear Brand, Is Back in Business

Our Six Favourite British-Made Long Weekend Bags Of The Moment