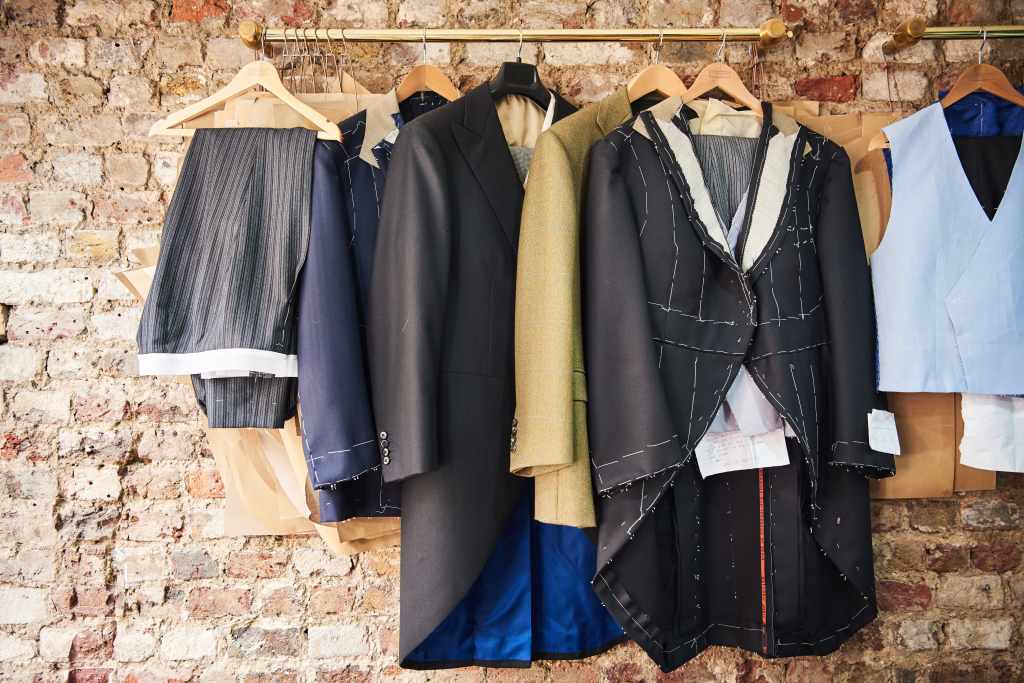 It’s variously – and erroneously – used as a synonym for “luxury”, “expensive” or (that most ugly of words) “exclusive”. No wonder so many feel that the word bespoke has been hammered and smelted into obsolescence. But used correctly, its relevance and power to delineate remain intact: and ascertaining its actual meaning in what is these days its native realm, high-end tailoring (it was popular parlance in shoemaking before entering Savile Row lexicon), we need to revert to its origin, the verb “bespeak”, or to speak for something.

Unlike made-to-measure – which sees existing suit patters made up according to a customer’s basic dimensions – bespoke is a meticulous, time-consuming process which results in a garment which does more than fit the owner: it interacts with him, like a second skin. “The fit of the garment is vastly superior in bespoke because there are multiple fittings that allow us to progressively improve the fit as we build the garment,” explains Jonathan Loe, Bespoke Co-Ordinator at Oliver Brown – a Chelsea based tailor and Official Licensee of Royal Ascot. “Made-to-measure garments come entirely completed, and can only be altered after they’ve been built.” 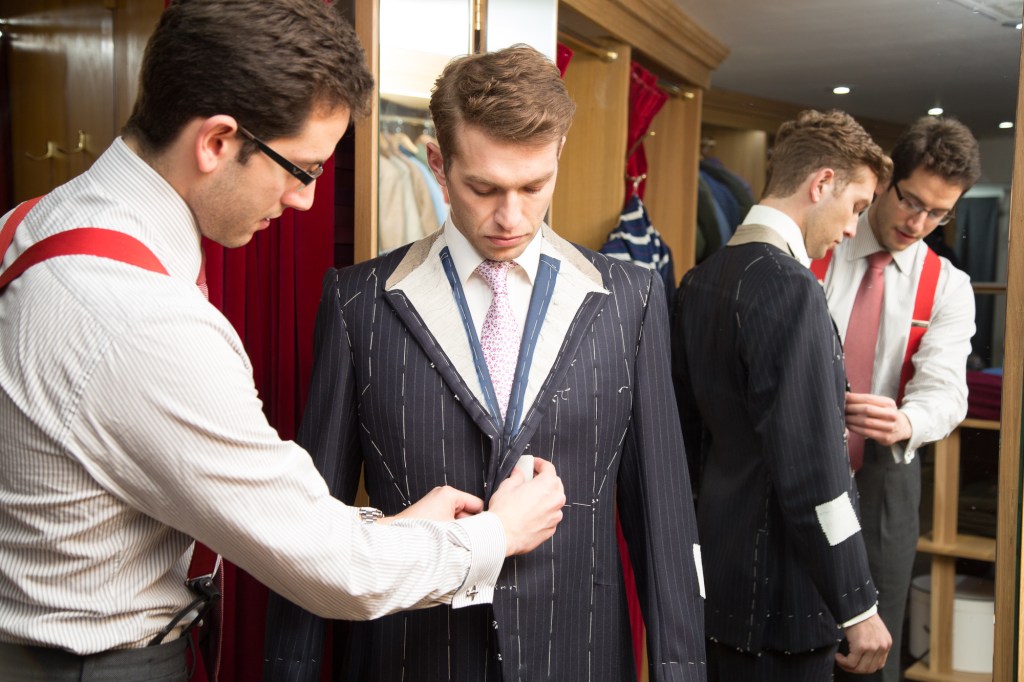 Crucially, according to Loe, bespoke involves the pattern – which is the template, traced onto fabric in chalk, from which the parts of a garment will be cut and assembled – being drafted from scratch. “The measures, drafting and fittings are done by the same person who will make the pattern,” he explains. “Made-to-measure has limitations because only certain amendments can be made to an already existing pattern. These limitations to what can be done to the standard pattern provide cost savings, but reduce the ultimate quality and feel of the fit.”

The fact that bespoke garments are hand-made also makes them more specifically suited to an individual’s form, dimensions and gait, according to Loe. “Bespoke tailors structure the garment according to the needs of the individual,” he says. “Made-to-measure has set processes – again, for money saving and efficiency reasons – whereas when the canvassing is stitched in by a bespoke coat maker, the way they manipulate the cloth and canvas will affect the end result. How to do this can only be judged from experience and feel.” 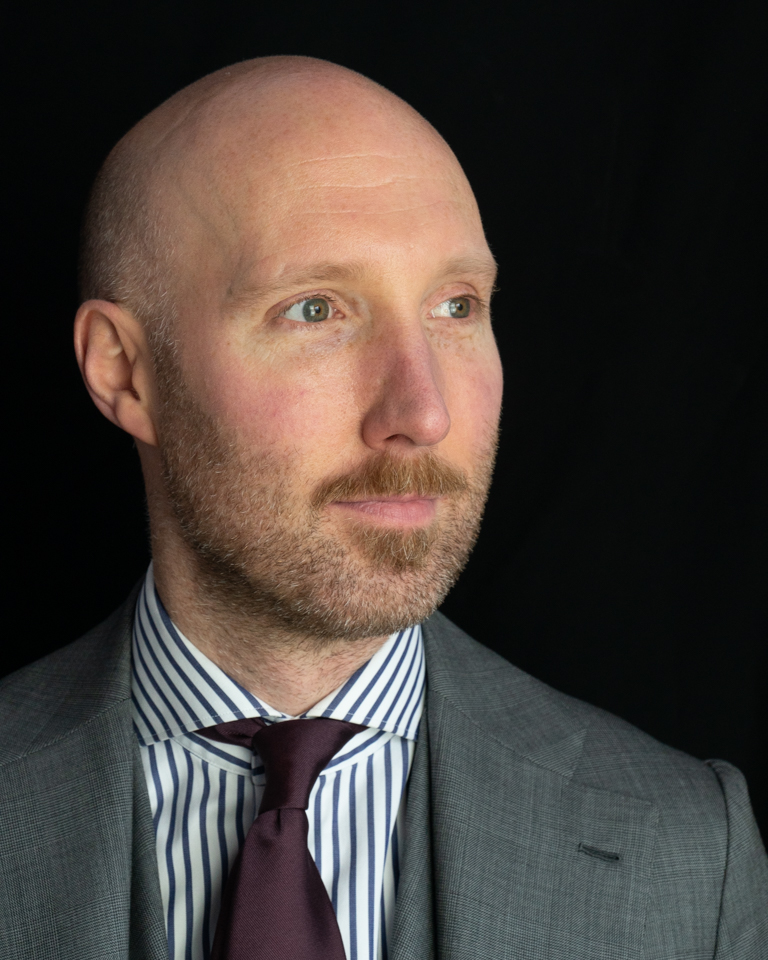 It’s essential, Loe says, that bespoke garments are also constructed by one individual from the beginning to end – another deviation from the vast majority of clothing worn by pretty much all of us in the modern era. “Each tailor has their own quirks and specialties,” he says. “Cutters also ensure that the same customer is handled by the same coat-maker to ensure consistency between future orders. Made-to-measure is a workshop, or factory, set up in which the garment goes through stages of a process and is handled by many different people – and machines.”

There’s a choice nugget of Savile Row folklore that neatly illustrates the points Loe is making here. Fred Astaire, when visiting London, would always call in at establishments including Anderson & Sheppard and Kilgour (the latter was where the grandfather of Oliver Brown’s in-house tailor Juan Carlos Benito Jorge did his apprenticeship, leading to the fullness in the jacket sleeves and shape of the armhole that are unique to the Oliver Brown Bespoke house style today). While having fittings during these visits, he used to dance around the measuring zone, glancing into the surrounding mirrors to monitor the suit-in-progress’s response to each to jig, step and leap. Particularly essential, given his professional raison d’être, was that the garment’s overall silhouette acted in fluid obedience to his specific dimensions, including the neck of his jacket remaining flush against his shirt collar.

Let’s just say, had the emporiums in question offered made-to-measure rather than a bespoke, Astaire would not have liked what he saw reflected back at him. The takeaway? If you want to “own” a jacket, suit or coat in the most potent sense of the word “own”, go bespoke.