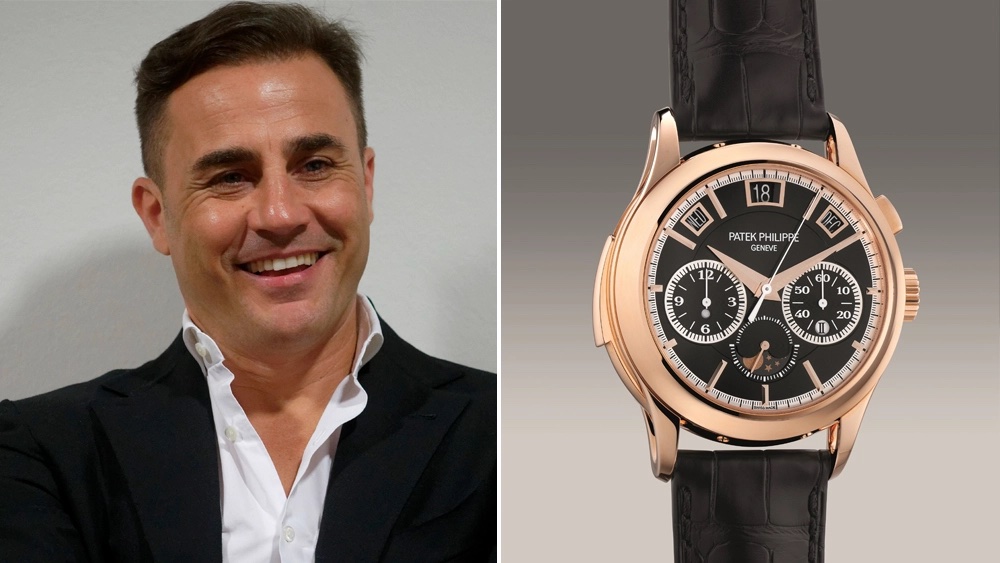 A rare Patek Philippe watch originally owned by football legend Fabio Cannavaro could fetch a high six-figure sum when it goes up for auction next month.

The former Italian national team captain’s pink gold Ref. 5208R will hit the block as part of Phillips’s Hong Kong Watch Auction XII in early June. Proceeds from the sale of the exclusive and historically important timepiece will go to benefit the Fondazione Cannavaro Ferrara.

Although his career ended over a decade ago, the Naples-born Cannavaro is widely thought of as one of the best defenders of the decade. Over two decades, he played for some of the best club sides in all of Europe, including Inter Milan, Juventus and Real Madrid. But what he will best be remembered for is his time as the captain of the Italian national team, which won the World Cup in 2006. That year, the player also won the sport’s biggest individual honours, the FIFA World Player of the Year and the Ballon d’Or. He is the last defender to win either honour.

Just as sparkling as Cannavaro’s resume is his Ref. 5208R-001. The watch is one of the most well-regarded of recent years by Patek collectors and is the first to combine a minute repeater, perpetual calendar and a single-button chronograph function, all of which are among the watchmaker’s most prized complications. Only about 10 examples of the sophisticated timepiece are produced each year, and this is believed to be the first in pink gold.

“We are very honoured to have been entrusted with the sale of this watch, a very rare example of Patek Philippe reference 5208R, and to our knowledge, the very first time in this case material to be offered at auction. The watch comes with incredible provenance as it was originally owned and had been worn by Fabio Cannavaro, captain of the World Cup winning Italian national football team in 2006.”

The watch is expected to sell for between £500,000 and £680,000 when it goes up for bid between June 5 and 6. But whatever the final gavel price, proceeds from the sale will go to a good cause, the Fondazione Cannavaro Ferrara. Established by Cannavaro, his brother and two friends in 2005, the foundation seeks to provide support for at-risk youth and vulnerable families in Naples though sport and educational programme.