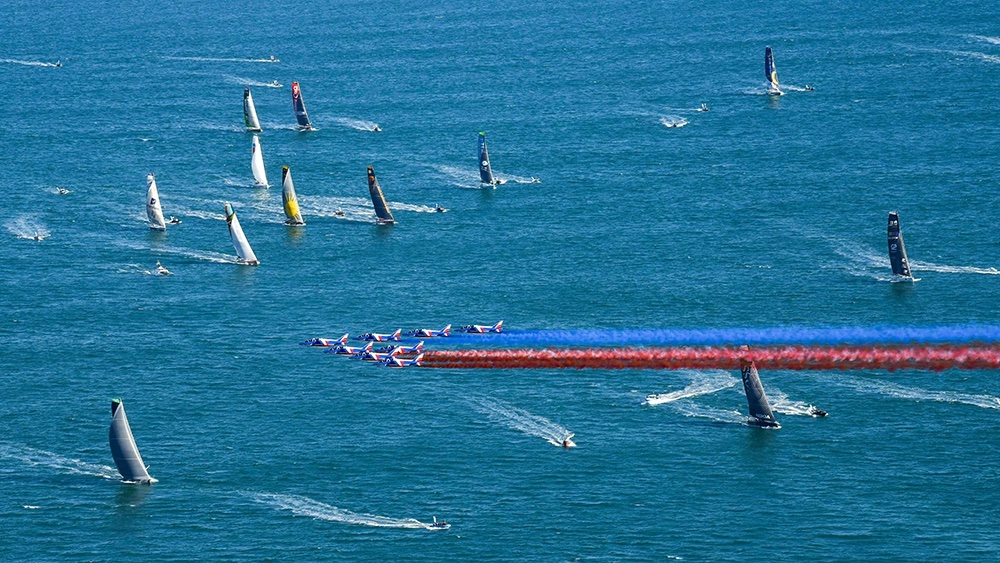 As you read this, the latest Vendée Globe winner is expected to finish the 80-day nonstop race around the world sometime tomorrow. Three sailors are vying for first place, and for the first time, the time differences could be decided in minutes, rather than hours or days. A record 33 competitors left Les Sables d’Olonne, France, on November 8 of last year to tackle this singularly grueling and dangerous contest: a 24,300-mile solo circumnavigation of the globe through some of the world’s most dangerous waters. It has been an unforgiving, months-long sprint with no help allowed; many boats broke or even sank, often hundreds of miles from help. Here’s a look at the race, just 24 hours from completion, known as the Everest of the seas.

Two weeks in, the port foil on Thomas Ruyant’s boat, LinkedOut, shattered. With no possible repair, the Frenchman still managed to take the lead while tackling 30-foot seas in the Southern Ocean. In the final two days, he is still in fourth place. Such indomitable spirit is typical of the Vendée: A collision with an underwater object ended the race for English yachtswoman Sam Davies, yet she continued the voyage to raise money for a children’s charity.

This year’s field includes three generations of IMOCA 60 boats. Hulls are capped at 60 feet long, with a draft maximum of 15 feet (mast height, sail area and beam can be adjusted, within limitations, to maximise stability and speed), and they are designed to navigate extreme seas for months on end. The latest models, like L’Occitane, have revolutionary foils that lift the boat above the water.

The most technically advanced yachts in the race include GPS, sonar, radar, satellite communications and, new for this year, fibre-optic sensors to measure wind loads and hull stress. Some boats have 350 such units, from rudders to mast tops, helping autopilot systems become more intuitive in difficult sea states so the skipper is free to trim sails and foils.

The Jaws of Hell 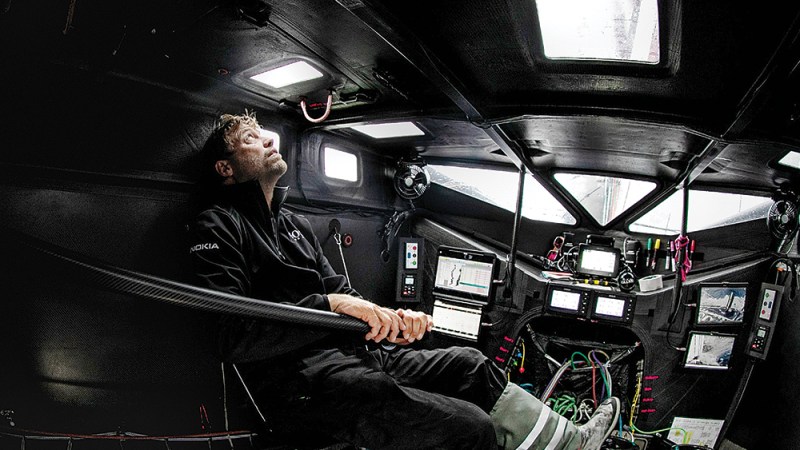 The sinking of Kevin Escoffier’s PRB shows why the Vendée is considered sailing’s most extreme event. The Frenchman watched in horror as his boat broke in half, then sank in minutes. In each race, vessels are damaged beyond repair, often stranding sailors in the vast nowhere of the open ocean. Escoffier was lucky: Fellow racer Jean Le Cam rescued him from his life raft—at night, in 20-foot seas.

Skippers sleep just a few hours each day and subsist largely on freeze-dried meals, all while pushing the limits of speed and endurance. It’s a punishing, isolated existence to which the sailors nonetheless seem drawn. “This race is so tough, and things change so quickly,” said Alex Thomson after retiring from his fifth Vendée. “But that’s its beauty, and why I’ve given a large part of my life to it.”

The race has rounded all three Great Capes—first the Cape of Good Hope, in South Africa, then east to Australia’s Cape Leeuwin and across the Pacific to Cape Horn, Chile—before heading back to France. In its 32-year history, fewer than 100 boats have finished. “It’s a unique experience, facing everything alone,” said former racer Jean-Pierre Dick. “There is something pure and beautiful about that.”