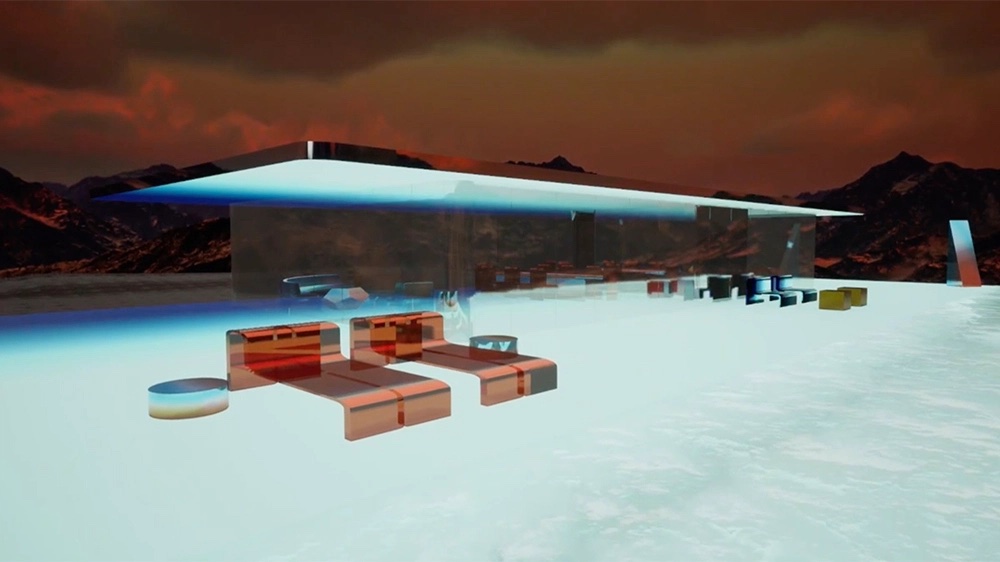 NFT mania has officially hit the housing market. Artist Krista Kim has posted the world’s first NFT house for sale on SuperRare. Dubbed the Mars House, the inaugural piece of crypto real estate is an appropriately futuristic virtual dwelling that comes with its very own soothing soundtrack.

NFTs, or Non-Fungible Tokens, are digital assets verified by blockchain technology that can take the shape of anything from digital artworks to sport highlights to animated GIFs. Whether the NFT is one of a kind or just one of a series, the use of blockchain to “mint” each item provides proof of its authenticity as well as who created and owns it. The ascendant technology’s impact can be felt just about everywhere right now, but especially in the art world, where last week digital artist Beeple saw his Everydays—The First 5000 Days sell for a record-setting $69.3 million (around £50 million) at auction.

As for Kim’s house, it resembles the sort of ridiculous space dwelling you’d expect to see in a very stylish movie adaptation of a Philip K Dick novel. The entire virtual structure appears to be made out of glass, as do all of its modernist furnishings. Neon lighting abounds. The striking design isn’t just meant to look cool, it’s also meant to promote meditative well-being, something Kim has been thinking about a lot since the start of the pandemic, she told Architectural Digest over the weekend. Helping foster this vibe is an accompanying ambient soundtrack composed by the Smashing Pumpkins’s Jeff Schroeder.

So what what do you get when you buy Kim’s NFT house? Upon purchase, Kim will send you the one-of-a-kind 3-D files of the resident for upload to your own personal “metaverse,” according to the SuperRare listing (she’s even offered to help if you have any technical difficulties). If you’re so smitten with the design that you want to try to turn it into a real-world object, the residence and its furniture can also be built by an unnamed glass furniture maker in Italy. The listing does not say whether this will cost extra, but it seems like a safe bet that it will. 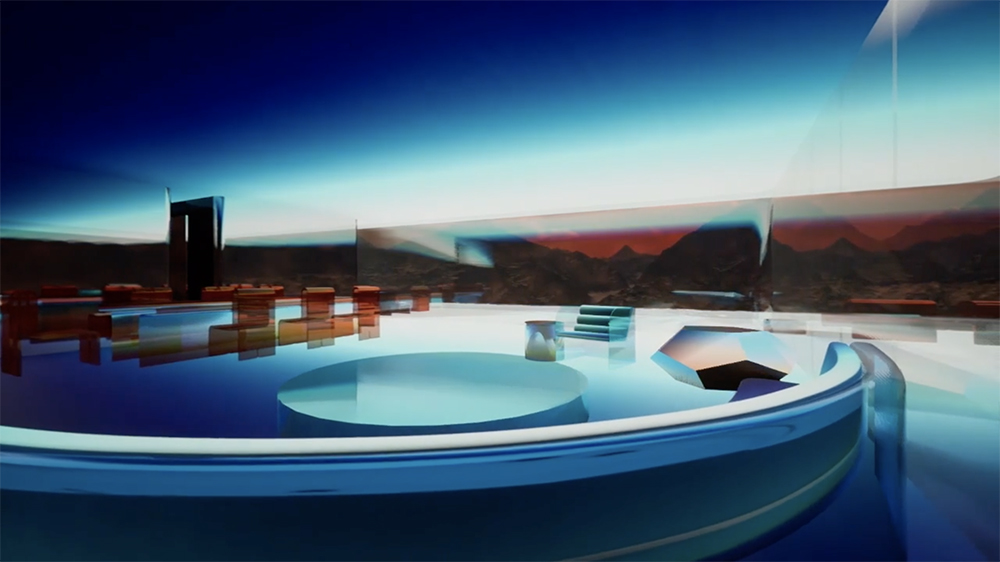 If you’re looking to make a splash on the NFT market, Kim’s house has yet to sell. Bidding for the Mars House is currently up to 33 Ethereum coins, or the equivalent of $59,343 (around £42,700 as of press time). That might seem like a lot for a house you’ll never be able to step foot in, but considering how much Beeple’s work is going for, it just might be a bargain.

You Can Now Buy London’s Most Expensive Penthouse With Bitcoins—or £175,000