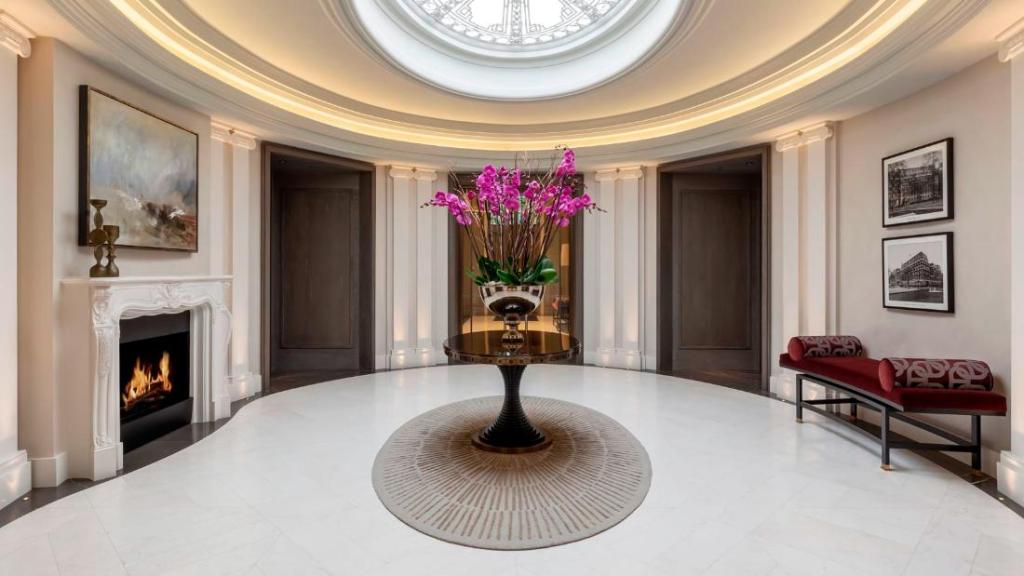 We’re not going to pretend to know how this year’s presidential election will shake out, but it looks like the next POTUS won’t be the only one with an Oval Office. That’s because there’s an exact replica of the historic West Wing room just across the pond, at No. 1 Grosvenor Square—a super-prime residential building in London that just sold a penthouse for £140 million. Talk about weird timing.

Why is there an Oval Office in London? The building was a US embassy from 1938 to 1960—Joseph P. Kennedy served as an ambassador there for two years. He reportedly built the Oval Office replica to inspire his son, Joseph P. Kennedy Jr., to get into politics—though it was his younger sibling, John F. Kennedy, who ultimately made it to the real deal at 1600 Pennsylvania Avenue. 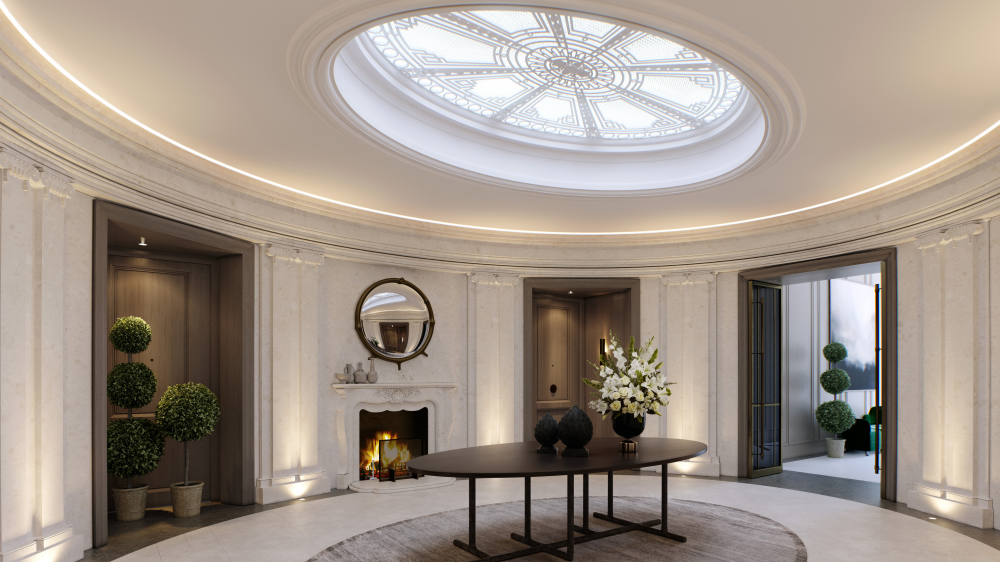 Another view of the “Oval Room” at No. 1 Grosvenor Square. Lodha/Billy Bolton

The developer of No. 1 Grosvenor Square, Lodha, opted to keep the faux Oval Office, relocating it so that it sits in a communal area near the entrance of the residential building. That means that, unlike the IRL president, the new penthouse owner will have to share the space with Grosvenor’s other residents. 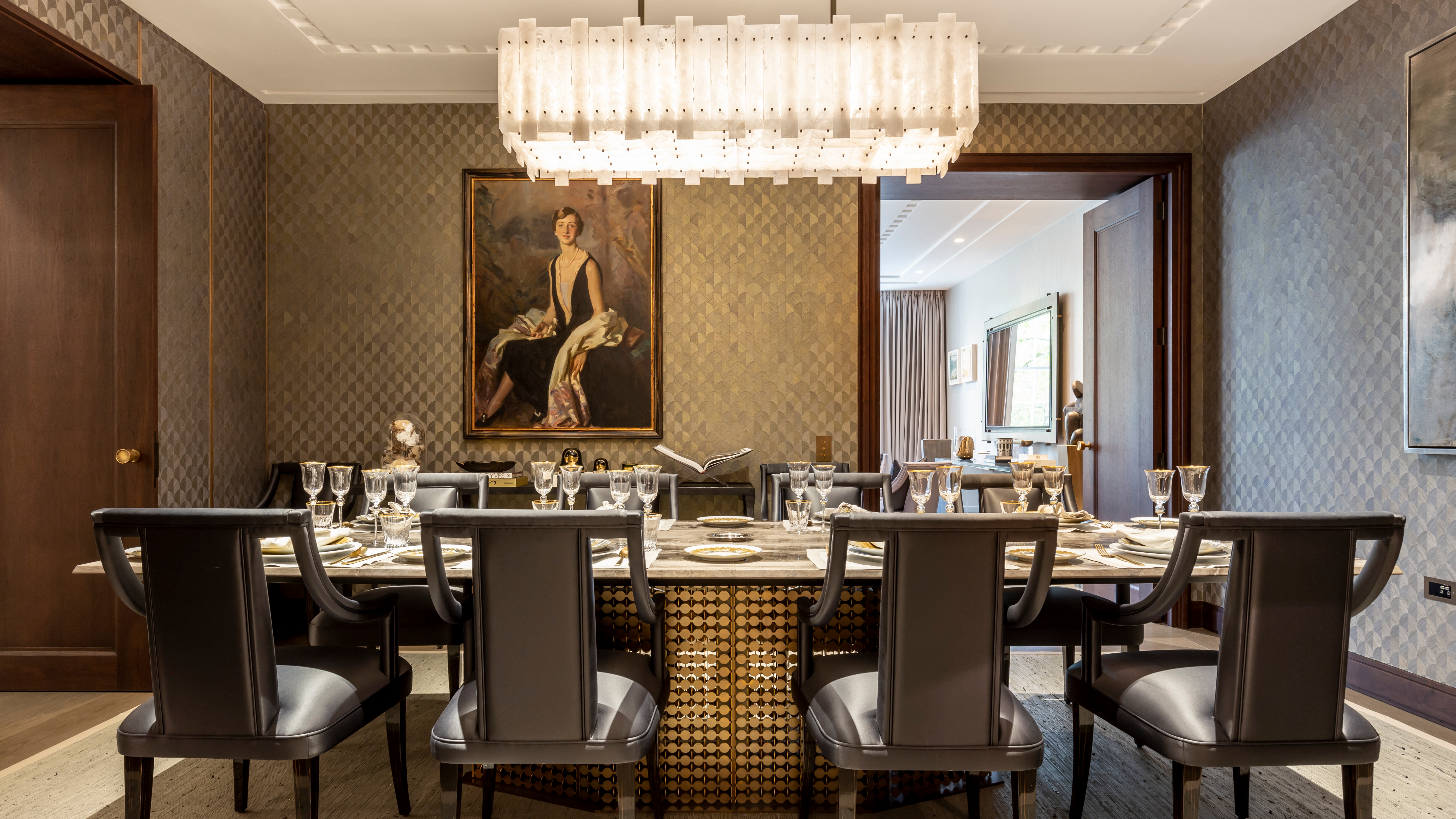 Inside one of the No. 1 Grosvenor Square apartments. Lodha/Billy Bolton

Who that penthouse buyer is, though, remains under wraps. What we do know is that they bought not just the top-floor residence but the two below it as well; the plan is to combine them to create one big, 15,600-square-foot home, according to CNN. In addition to the Oval Office, the owner will have access to a bevy of other amenities spaces, including a gym, private spa, 82-foot pool, lounge and cinema.

Naturally, given the exorbitant price tag, the Grosvenor Square unit is easily the most expensive penthouse sold in London this year. 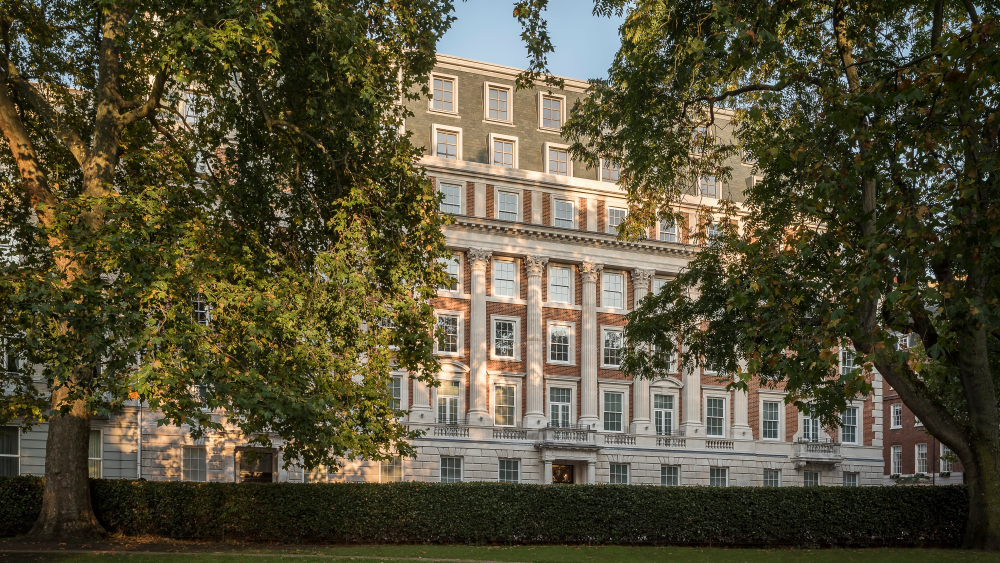 Who knows, maybe one of the candidates bought it to hedge their presidential bets. If not, there are 44 units at No. 1 Grosvenor Square in total, all of which have equal access to the Oval Office. No election required.