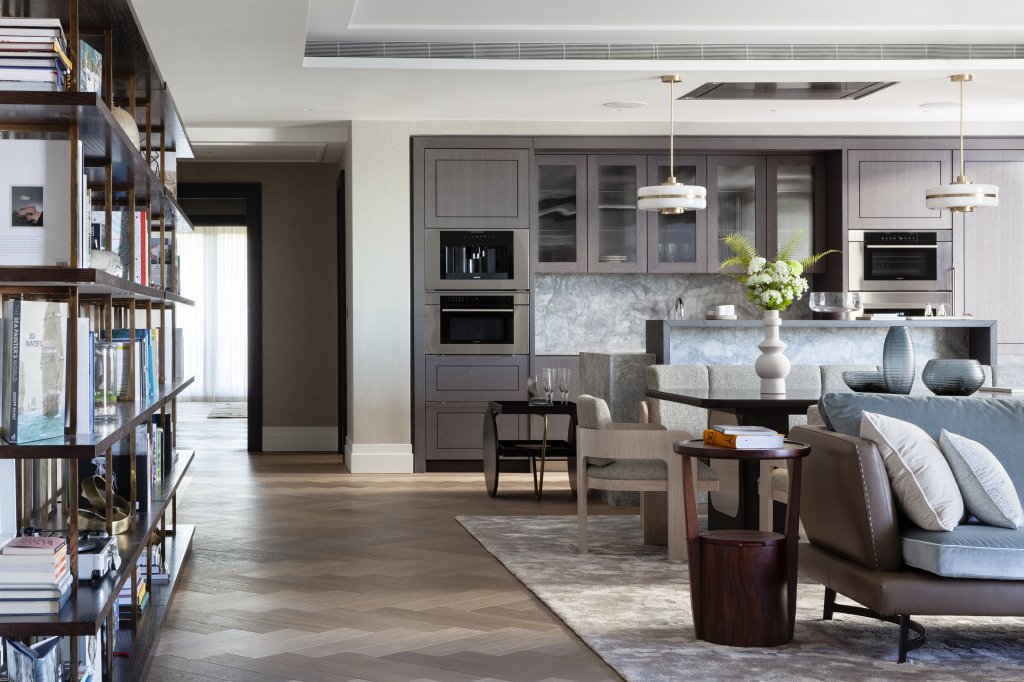 It’s now 13 years since the last troops left a site which had housed four companies of guards since receiving the royal seal of approval from Queen Victoria in 1860. Now, Chelsea Barracks in Belgravia – which was purchased by Qatari Diar, a subsidiary of the Qatar Investment Authority, for nearly £1 billion in 2007 – is a luxurious collection of flats, town houses and penthouses: and judging by the Singer Suite – a five-bedroom residence which pays homage to British and European mid-century design and the retro-modern features of vintage Porsche cars – the development deserves as much attention in luxury property circles as that enjoyed by Battersea Power Station just across the river.

Named after legendary Porsche designer Norbert Singer, the property has been designed by award-winning interior architecture firm Lawson Robb with a holistic approach to shape, form, bold colour accent and detail. Fortuitously enough, its design cues adhere neatly to post Covid-19 priorities:  the generously sized entrance hall is perfect for zoning, for example, and the multi-functional kitchen’s conduciveness to home entertaining speaks for itself (see below). 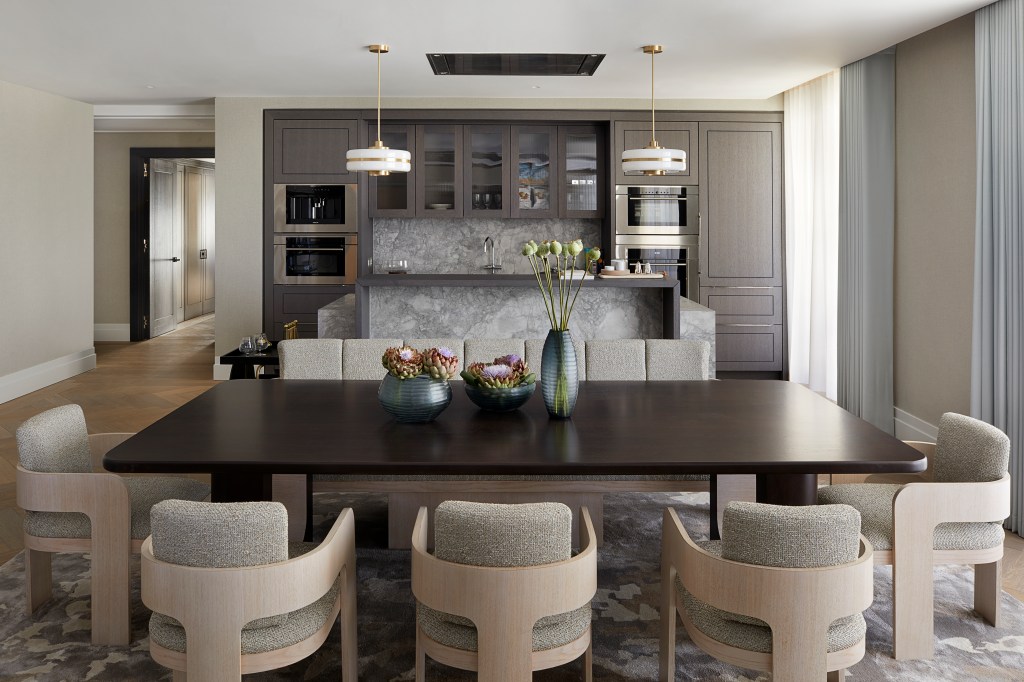 Taking up the whole of the 5th floor, the 6,050 square foot residence spans an entire floor of 1 Mulberry Square, meaning owners will be the sole users of that floor’s entrance hallway, while the wrap-around floor to ceiling windows flood the residence with natural light and provide 360° views across London, as well as access to the balconies. Forty per cent of the site, in all, is dedicated to open space, while

the use of earthy tones such as petrol blue, burgundy and bronze, along with a bespoke woody scent throughout the residence, creates a serene and calm environment.

See below for more pictures of this stunning property. 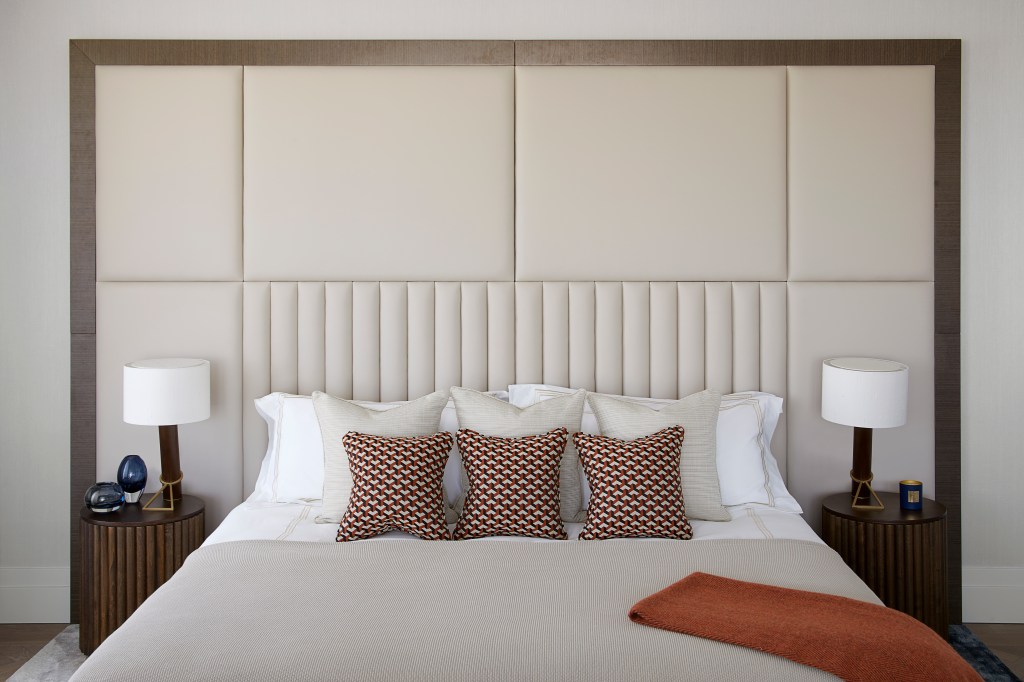 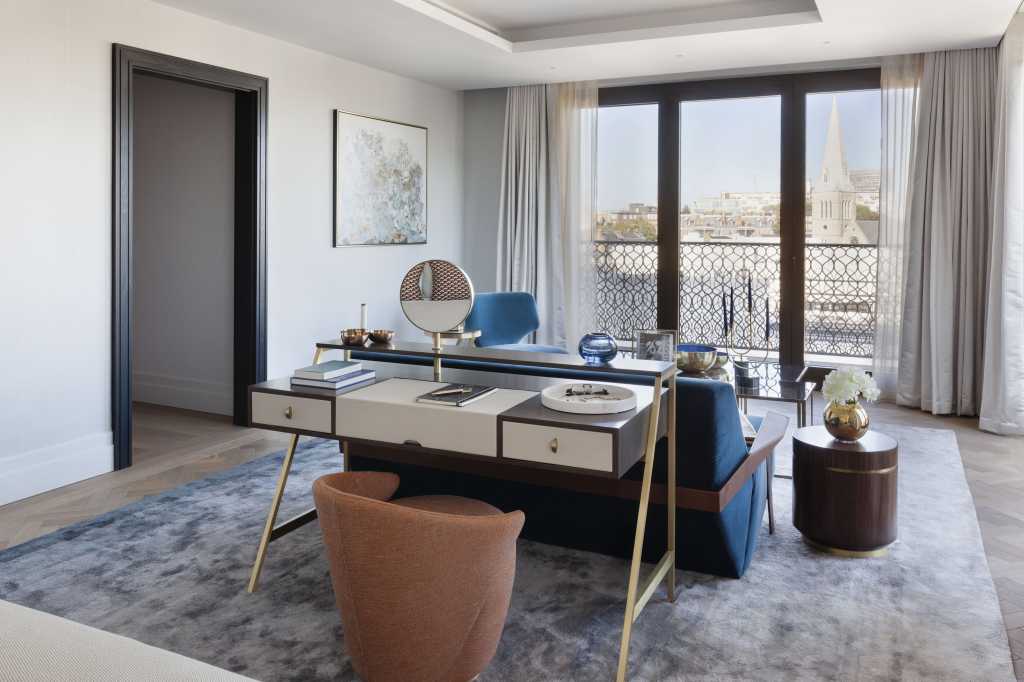 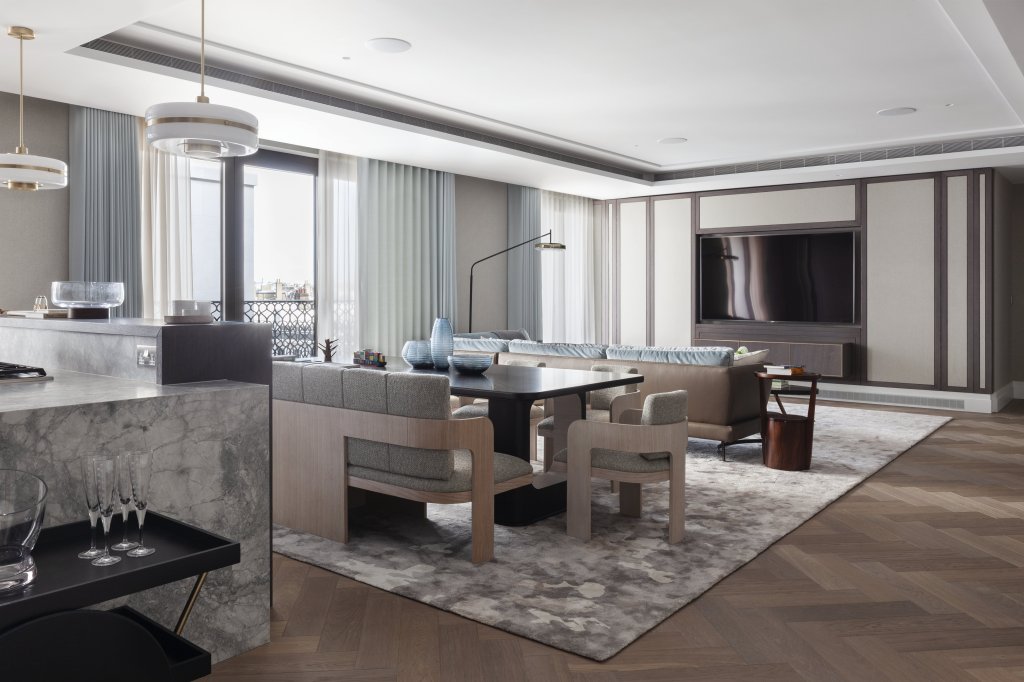 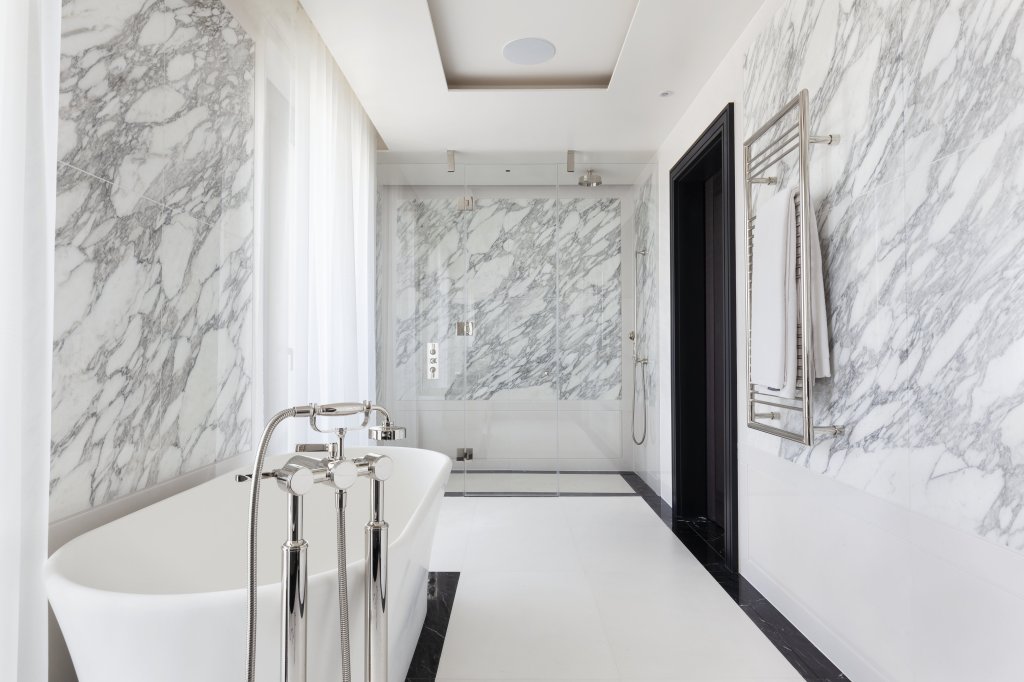 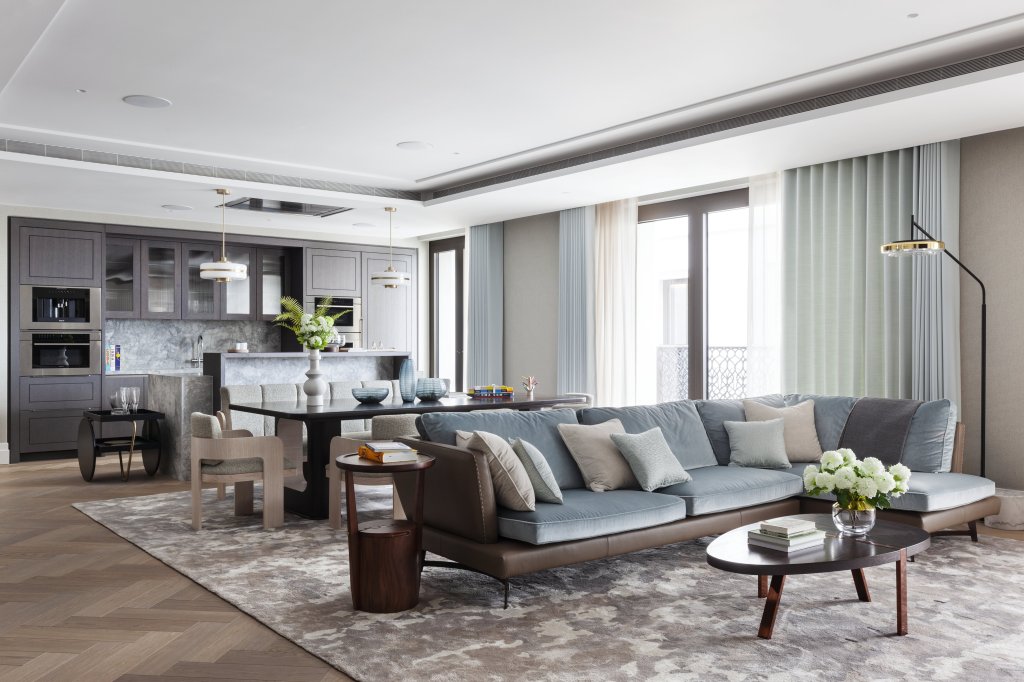 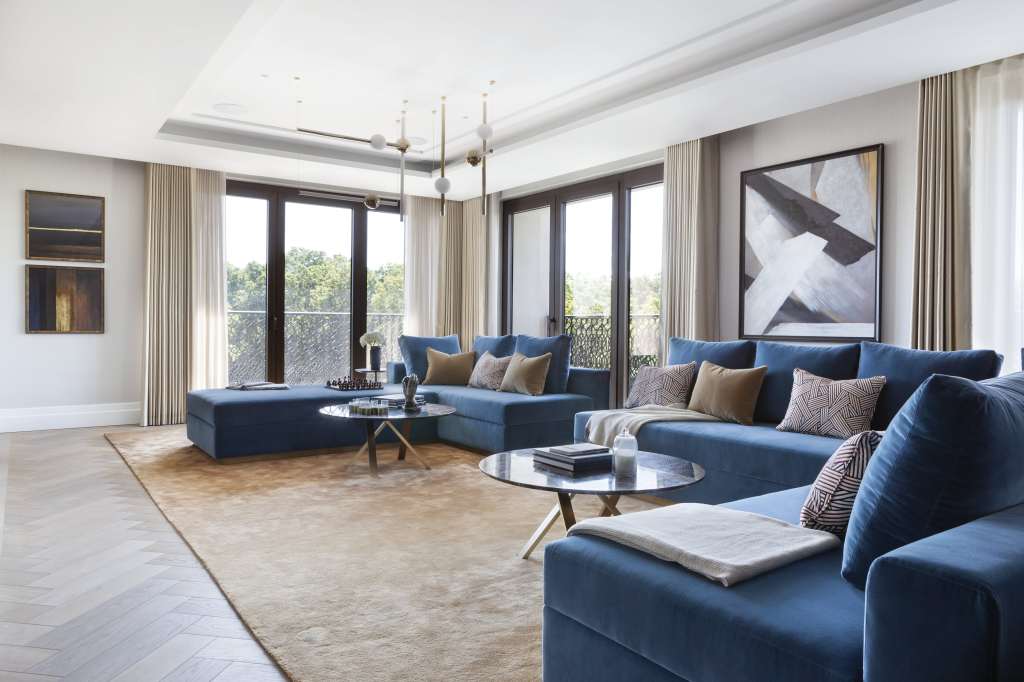 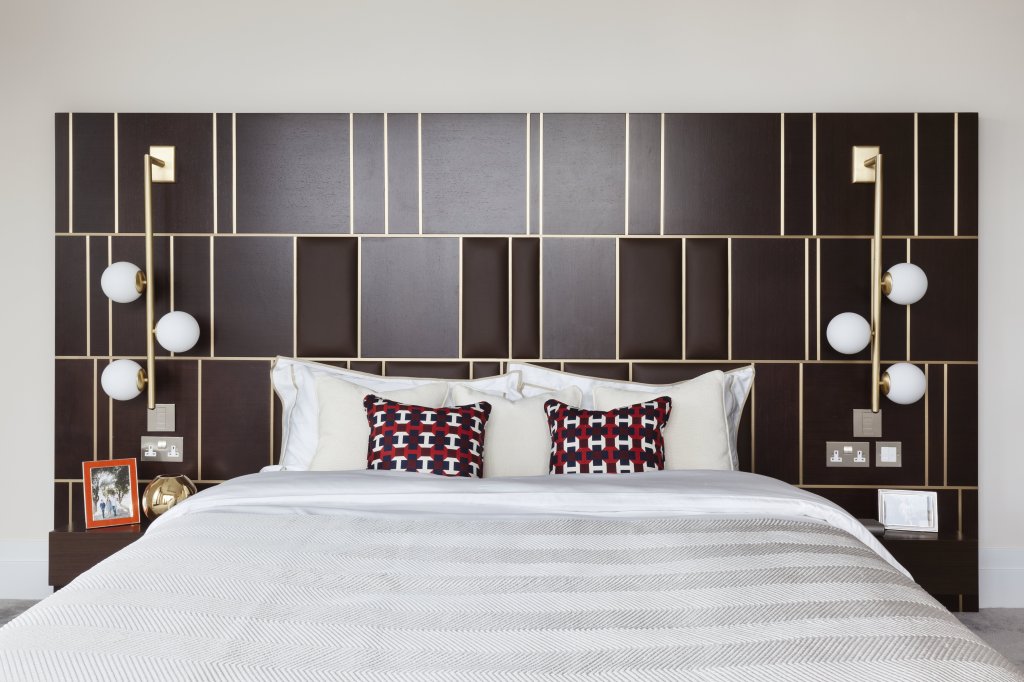 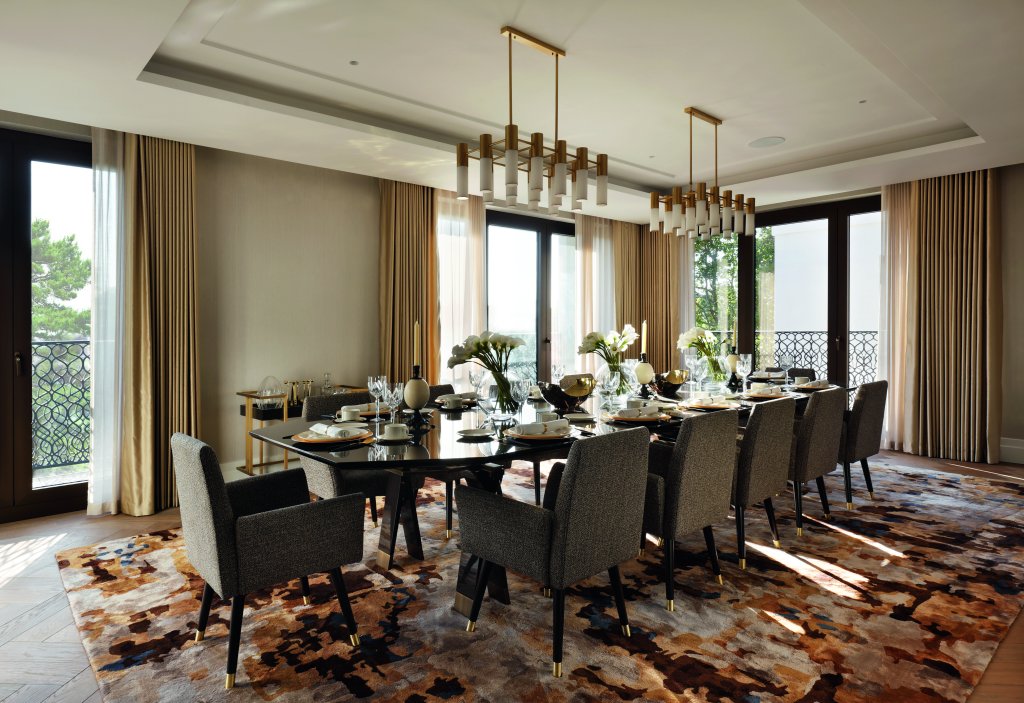