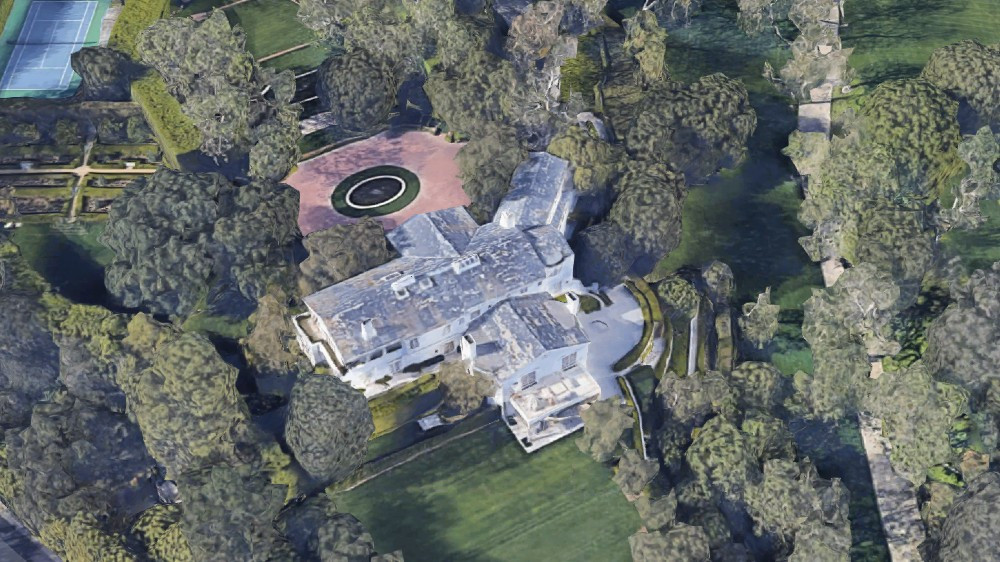 Let’s say you’re a multi-billionaire looking for property in Los Angeles—what do you do? Well, if you’re Jeff Bezos, you go out and buy the city’s most expensive home, of course.

The Amazon founder and CEO has purchased the storied Warner Estate in Beverly Hills from David Geffen, according to the Wall Street Journal. Sources with knowledge of the transaction told the paper that the purchase price was a jaw-dropping $165 million, or around £132 million, a new record for the Los Angeles area.

A representative for Bezos did not respond to Robb Report’s request for comment.

Located in the heart of Beverly Hills, the sprawling nine-acre estate was built during the 1930s for Jack L. Warner, the late former president and co-founder of Warner Bros. The property includes a 13,600-square-foot colonial-style main residence, countless terraces and gardens, several guest houses, tennis courts, a nine-hole golf course and a pool complex. It is also protected by a state-of-the-art security system, which includes one of the city’s tallest hedgerows.

“No studio czar’s residence, before or since, has ever surpassed in size, grandeur, or sheer glamour the Jack Warner Estate on Angelo Drive in Benedict Canyon,” wrote Los Angeles real estate agent Jeff Hyland in his book, The Legendary Estates of Beverly Hills.

The gate of the Warner Estate in Beverly Hills Google Maps

The sprawling home was purchased by record executive-turned-philanthropist David Geffen in 1990 for US$47.5 million, a then-record for a Los Angeles home. While the estate was never officially listed, the businessman had contemplated selling it for years, according to Variety. The $165 million sale price breaks a record that was set just three months ago when News Corp. heir Lachlan Murdoch paid a reported $150 million (around £120 million) for Chartwell, a Bel-Air estate used in the filming of The Beverly Hillbillies.

While £132 million is a certainly hefty sum for a home, it represents a small fraction of Bezos’s net worth, which stands at $130.7 billion, or around £104.7 billion, or just over £72 million, as of press time. As if to highlight this, WSJ also reports that the Amazon chief, through his umbrella company Bezos Expeditions, also recently purchased a plot of land from the estate of Microsoft co-founder Paul Allen for US$90 million. The land is also located in Beverly Hills, just 1.7 miles from his new home.

Amazingly, it’s not clear if the estate, or Los Angeles, will become Bezos’s new home base. Despite its record-setting price tag, the purchase comes on the heels of another set of real estate acquisitions by the tech titan. He has also purchased $80 million (around £60 million) worth of Manhattan real estate over the last year. Surely even Jeff Bezos wouldn’t turn those residences into glorified pieds-à-terre would he? Of course, when you’re the world’s richest man, all normal real estate bets are off.