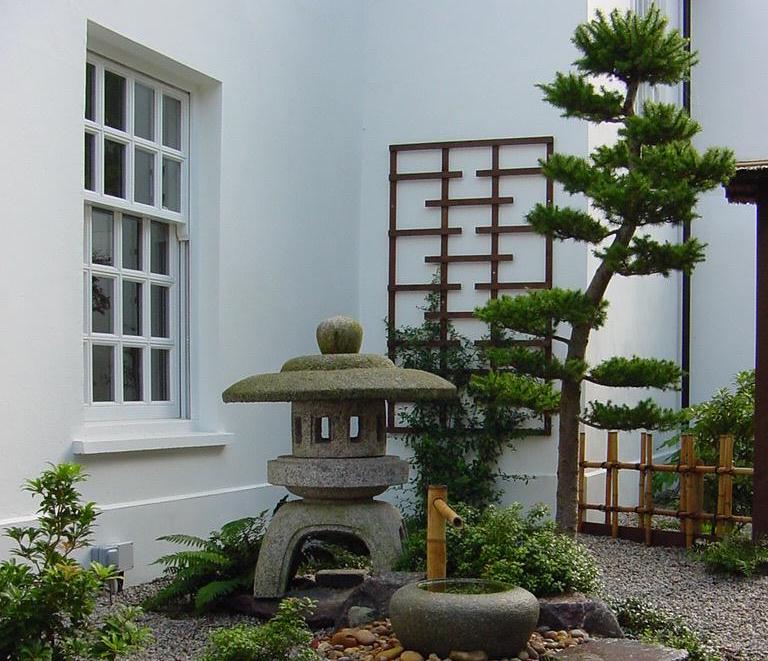 Monty Don never mentions the price of anything he plants – or any shrub, speciality brassica or novelty tuber he recommends. But you’d probably never hear him mention or recommend a Shenzhen Nongke Orchid – mainly because it will cost viewers £150,000 (plus P&P). Which is rather on the steep side for one bulb, no matter how much you are into flash rhizomes and no matter how generous your family is with your garden centre Christmas gift card.

There are such things as luxuriant trees – but can you have a really luxurious, over-the-top tree? What might investing angels crowd-funding your patio or herbaceous border be willing to pay to have such a statement of affluence you can see from your kitchen sink? Without including, in the price, round-the-clock, round-the-trunk security guard patrol, surveillance equipment and electric fences to deter thieves and opportunist beavers? 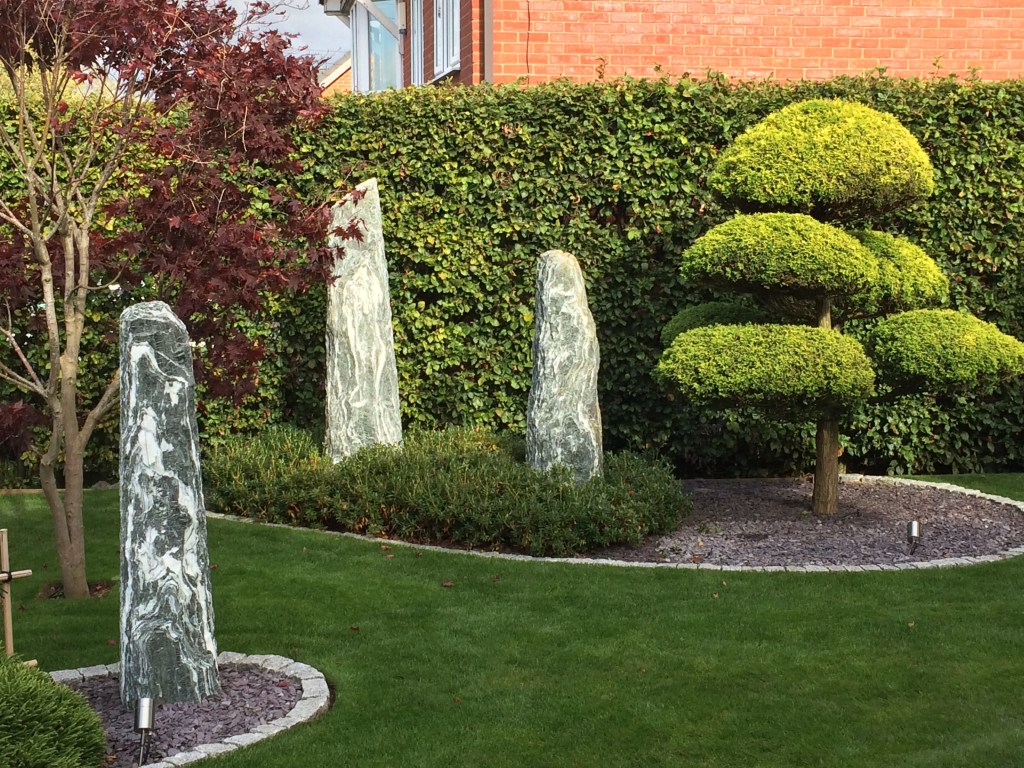 Would you be willing to pay a Paramount Plants & Gardens in Enfield, North London, £9,995 for one tree? You might, if your idea of a luxury garden is one that included a Camellia Sasanqua, an evergreen shrub native to China and Japan that grows to around five metres tall. You can get an Ilex Japanese cherry for slighter less, and also a 1.7m tall Osmanthus for £12,500 from the same establishment.

Specialist sculptural plant nurseries like Oxford’s Silk Tree Nursery and Rhino Rock llp, Howard Healey’s Japanese Garden Centre in East Peckham (which has built over 250 gardens across the UK, including exhibition gardens in the Eiffel Tower and The Shard), offer smaller and younger plants. So you can pick up a 5’ Ilex Crenata for £400, a seven-foot sculpted larch cloud tree for £395 and a six-foot, Cedrus libani cedar for a mere £1,495. To put it in horticultural perspective, the price of  a pricy one stem uniquely sculpted plant is – at a guesstimate – the equivalent of about one billion fat balls or thirty lives’ worth of compost. 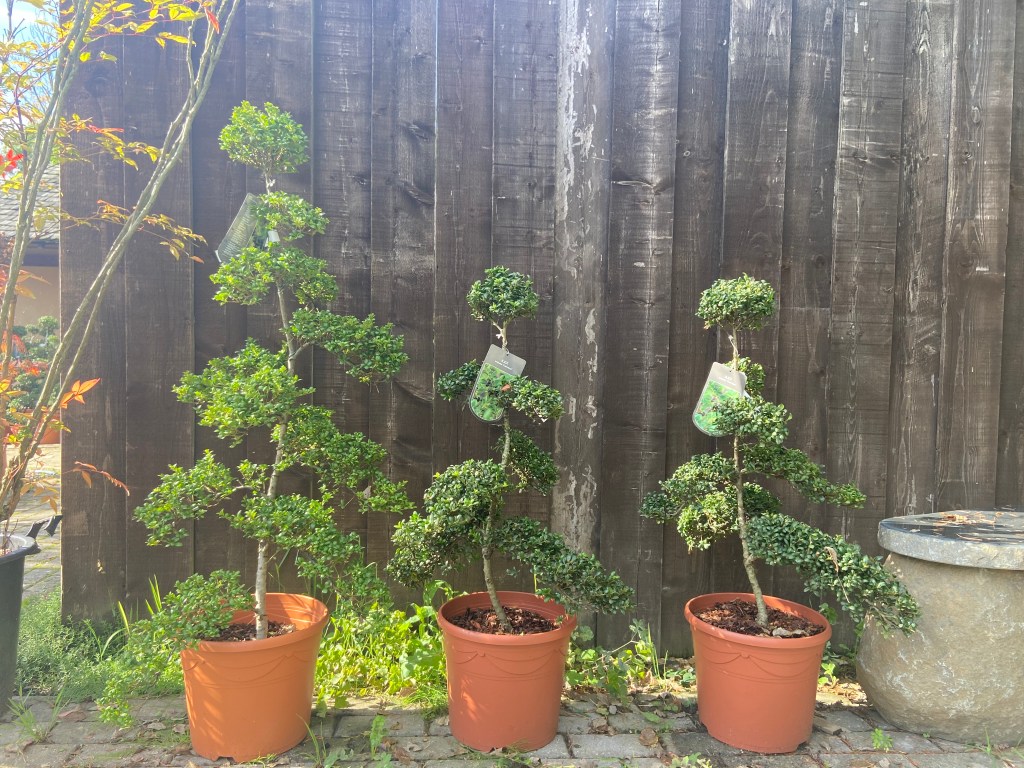 The definition of luxury, in the gardening sense, is a work of art which comes in a 300-litre pot and arrives pushed by deliverymen who install it rather than plant it and leave walking like they have suffered greatly for their art (think harrowing hernias). “Niwaki” is the Japanese art of large tree sculpture, “bonsai” being the miniature version (bonsai means “potted tree”). Most plants in Japanese gardens are called “niwaki”. The leaves are artfully pruned into ball or cloud shapes, leaving the stems thin and exposed. The tree is meant to resemble a set of clouds – although it can also look like something a lot of locusts have been at. 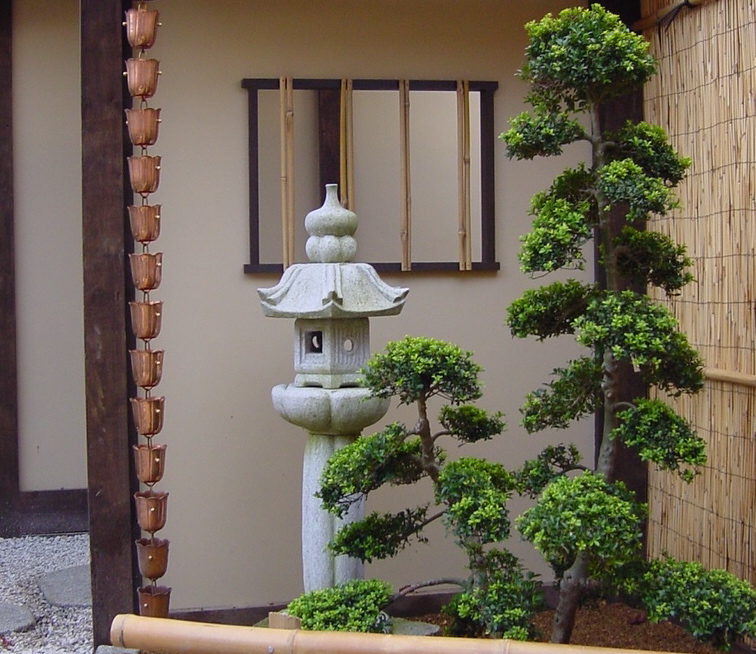 If your only attempts at topiary have led you to accidentally  turn a bonsai tree into a broccoli stump or ‘castrate’ the beloved family pet you were seeking to immortalise in box hedge form, you can get an expert in to clip it.

As well as pre-sculpted mature specimen trees like Ilex Crenata (£5,250 plus £50 delivery, including trusses), Paramount also specialises in sourcing, selling and delivering mature plants and trees.  Why wait for an 80cm tree to become a 190cm when you can buy a six-foot-two one to start with?

The Japanese have great veneration for elders, and this includes flora.  You can now buy a well-established 10-inch wistaria for £90 and a viburnum of the same vintage for a little more. Established, outsized plants roses are also available. Buying big and buying old gives instant impact and immediate pleasure and is great for gardeners who prefer to consult an actuary rather than the back of a seed packet when designing their garden: when it comes to cloud tree budgets, think £200 for a baby one, £1,320 for an infant/toddler and £2,000 for a teenager.

A 65cm tall Wollemi Pine Nobilis, meanwhile, is available from Kernock Park Plants in Saltash, Cornwall, for just £85. Easy to care for, the conifer is effectively a public art installation. 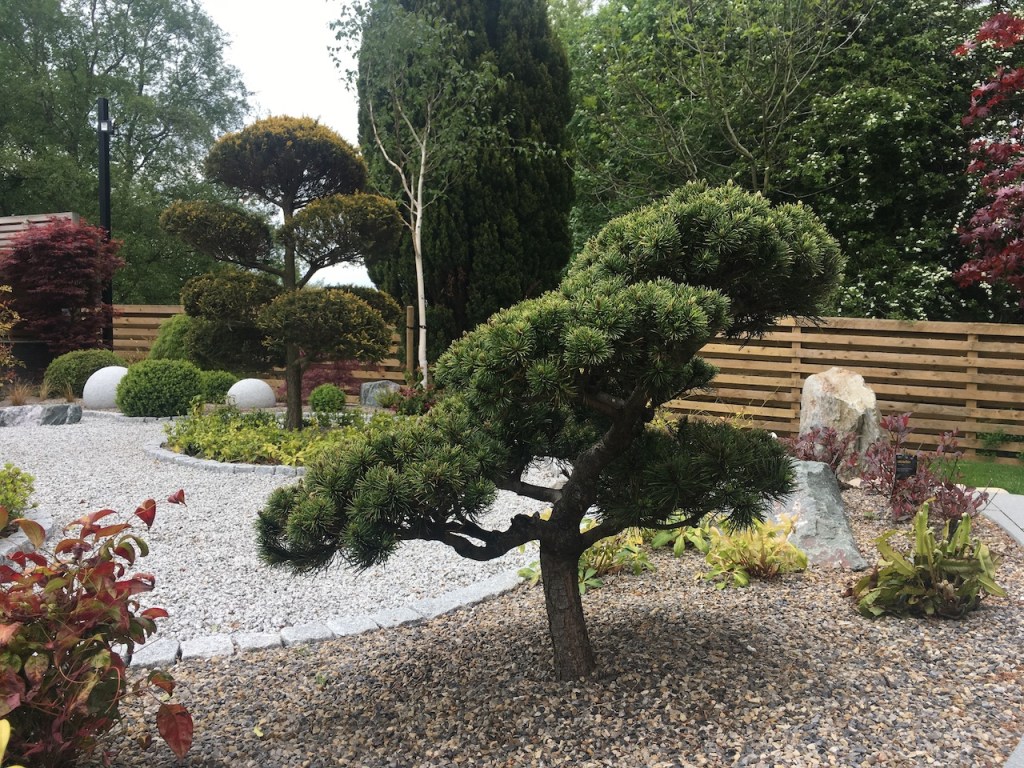 Carstens Wintergold (£1,600), with a Chamaecyparis pis ‘Plumosa Aurea’ in the background