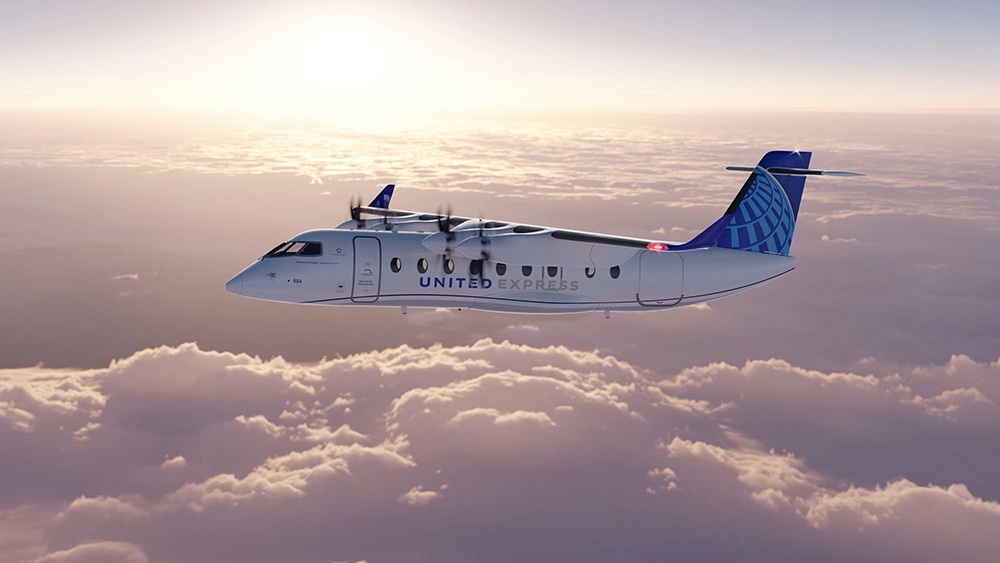 Guilt-free flying may be a reality sooner than anyone ever imagined.

On Friday, United Airlines announced that it has invested in Swedish electric aircraft startup Heart Aerospace. As part of the investment, the airliner agreed to buy 100 ES-19 electric planes from the company once their aircrafts meet United’s safety, business and operating requirements. The investment is part of the airline’s plan to reduce greenhouse emissions by 100 percent by 2050—without relying on traditional carbon offsets. (Mesa Airlines, which is partnering with United to bring electric planes into commercial service, has also conditionally agreed to add 100 ES-19s to its fleet.)

By utilising Heart’s battery-powered aircrafts, United hopes to ultimately undertake regional commercial flights with zero operational emissions. The airline says the ES-19 aircrafts will be larger than competing electric planes, seating up to 19 passengers, and fly up to 250 miles on a charge. In a statement, United said the planes will operate using same technology used in electric cars, which likely means they will be powered by lithium-ion batteries. United said it is confident Heart will have the ES-19s ready for market by 2026.

Once operational, United says the electric aircrafts could potentially fly as many as 100 of United’s regional routes. “We expect the short-haul regional air travel market to play a key role in the evolution of the electric aircraft,” United exec Michael Leskinen said in a statement. “As battery technology improves, larger-gauge aircraft should become viable but we’re not going to wait to begin the journey.” Some of the routes so far include Chicago O’Hare International Airport, Purdue University Airport, San Francisco International Airport and Modesto City-County Airport.

The US airline and Breakthrough Energy Ventures are the first investors in Heart Aerospace. Leskinen said its part of a plan to change how the aviation industry works. “We share the view (with Breakthrough Energy Ventures) that we have to build companies who have real potential to change how industries operate and, in our case, that means investing in companies like Heart Aerospace who are developing a viable electric airliner,” he said. “We recognise that customers want even more ownership of their own carbon emissions footprint.”

If United’s plan comes to fruition, that ownership could be conferred upon travellers in a short five years.