The idea of an eVTOL air taxi is cool. But the idea of a personal eVTOL, parked in the driveway and ready to take you anywhere, is sci-fi cool. While most eVTOLs working their way towards the market have a focus on commercial taxi and delivery services, the iFly concept from Next is playing up its appeal to individual owners.

“It’s a departure from the Uber formula currently used as a business model by most of the air-taxi startups,” Next CEO and founder Dave Verkade told Robb Report.

The variation makes sense, since the single-seat iFly has limited utility as a taxi, while its compact size and ease of use fit personal operation. Next even hopes to have it categorised as a Powered Ultralight by the FAA, which means owners wouldn’t need a pilot’s license to operate it. 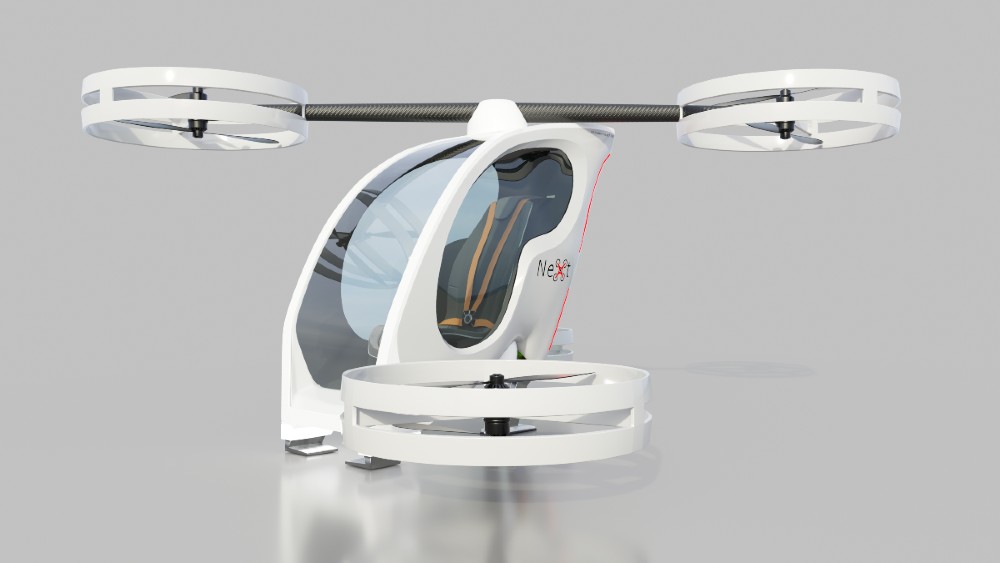 The four rotors are powered by eight electric motors for safety and redundancy, while the designers also hope to have it certified as a Powered Ultralight, so no pilot’s license is necessary. Courtesy iFLY/Next

Instead, the vehicle connects to an app with a map function. Tap a place on the map and the iFly will go there. Eight rotors contained within four protective guards provide the lift and thrust while a flight control system avoids obstacles, sets a course and calculates wind and altitude. A scale model has completed extensive “proof-of-concept” test flights, according to Next, but the company has not yet released projected speed and range information.

Safety features start with the flight-control system, which is fully redundant and constantly assesses flight information and battery charge. If it determines the eVTOL cannot reach its destination with the available power, it will return home or land at the nearest available landing area. Beyond that, it has eight individual motors, allowing it to stay aloft even if one fails, and there’s a ballistic parachute for emergencies. 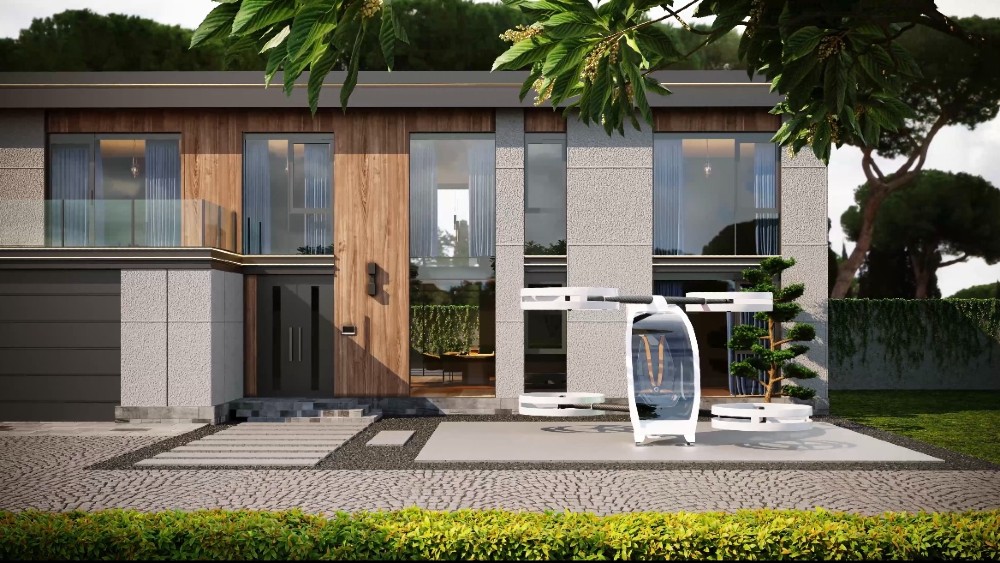 A personal helipad can be just outside your front door. Courtesy iFLY/Next

Those flight characteristics give the iFly an appeal beyond the personal. “One of our major niches will be for first responders delivering advanced life support during critical situations,” says Verkade. “Our flight characteristics uniquely position us to provide this capability in the eVTOL technology sector.”

The iFly probably won’t be taking off from anyone’s driveway in the near future. The vehicle recently received a US patent, but the company is still seeking investors and the certification process has not yet begun.