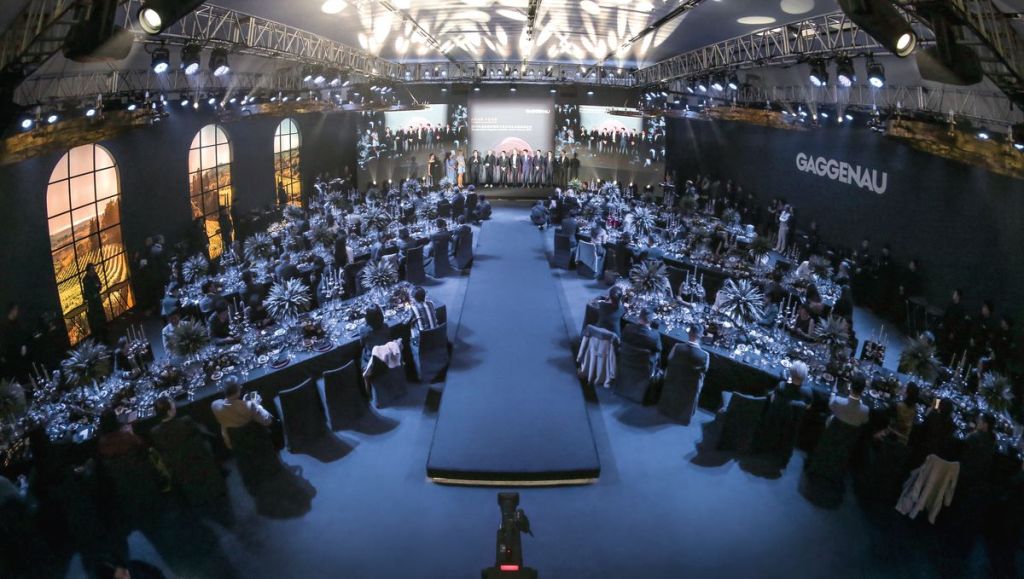 Gaggenau, the luxury brand for professional-grade home appliances, have announced French sommelier Mikaël Grou from France as winner of the third biennial international Gaggenau Sommelier Awards. Mikaël beat off competition from five other young, on-the-rise sommeliers at an event in Beijing – the capital of a country in which it has, since 2008, opened four flagship showrooms (in Beijing, Chengdu, Guangzhou and Shanghai).

At the final, the sommeliers did battle with tasks (including wine tasting, service and food pairing exercises) that showcased their knowledge, skill and vinicultural verve to the max, before an evening gala dinner at the Red Brick Art Museum, hosted by the acclaimed Michelin-starred Taiwanese chef André Chiang and attended by more than 150 industry influencers from across the world. Contestants also were called upon to identify mistakes in a wine list test, and select the correct temperatures on the Gaggenau Vario wine climate cabinet 400 series for various wines.

This year’s winner Mikaël Grou, after the ceremony

“We began the journey of the Gaggenau Sommelier Awards with a view to celebrating the art of viniculture and to provide a platform for rising stars to truly showcase their talent,” explains Sven Schnee, Head of Global Brand at Gaggenau. “Every year that we have hosted these awards Gaggenau has absorbed and shared so much knowledge and understanding of culinary culture, not only that of wine but also the sensorial journey one takes throughout the experience available to those who know its value.”

The winner and runners-up took home trophies created by leading Chinese designer Jamy Yang, while the winner will also receive a special sommelier training and master class at one of Europe’s top wine establishments and the title of Global Brand Ambassador for Gaggenau.

A catering team headed up by Taiwanese chef André Chiang