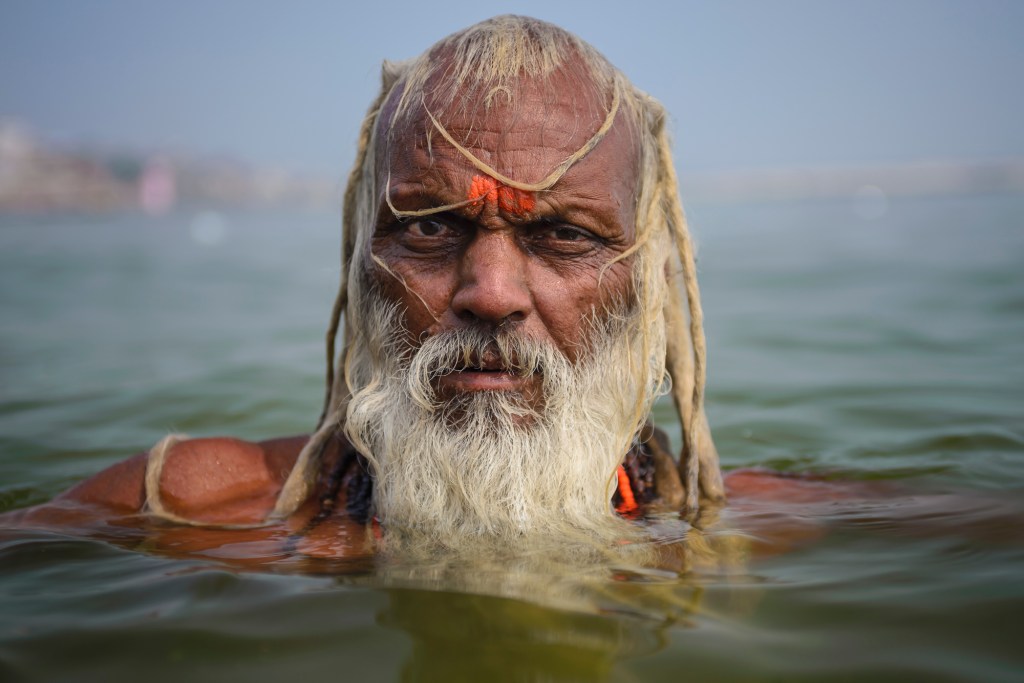 Taking place from 6th April, Wisdom & Nature is an exhibition and auction for which 49 artists from across the world – from Cape Town to the heart of the Amazonian rainforest – have donated their artworks in aid of Le Ciel Foundation, which protects indigenous communities and their ancestral wisdom, as well as focusing on the development of new educational tools, films and programmes for children, adults and businesses to learn from this knowledge.

The artworks – which capture rural communities, ancient traditions and the raw natural beauty of the planet – can be viewed and bid on between 6 – 27th April on  christies.com, with the final auction taking place on 27th April.

“Learning from the wisdom and worldview held by ancestral cultures is essential to our globalised society as so many of us have lost touch with ourselves and with nature,” Jessie Balfour-Lynn, Co-founder of Le Ciel Foundation tells Robb Report. “We’ve swayed so far into anthropocentric views, that we forget that we’re part of nature, that our role here on Earth is to preserve life. Art, as a window into a moment in time, holds the potential and responsibility to educate, galvanise and create change. This is what Wisdom and Nature is here to do.”

Here’s our pick of the highlights. And take it from us, it was agonising to leave out what we have… 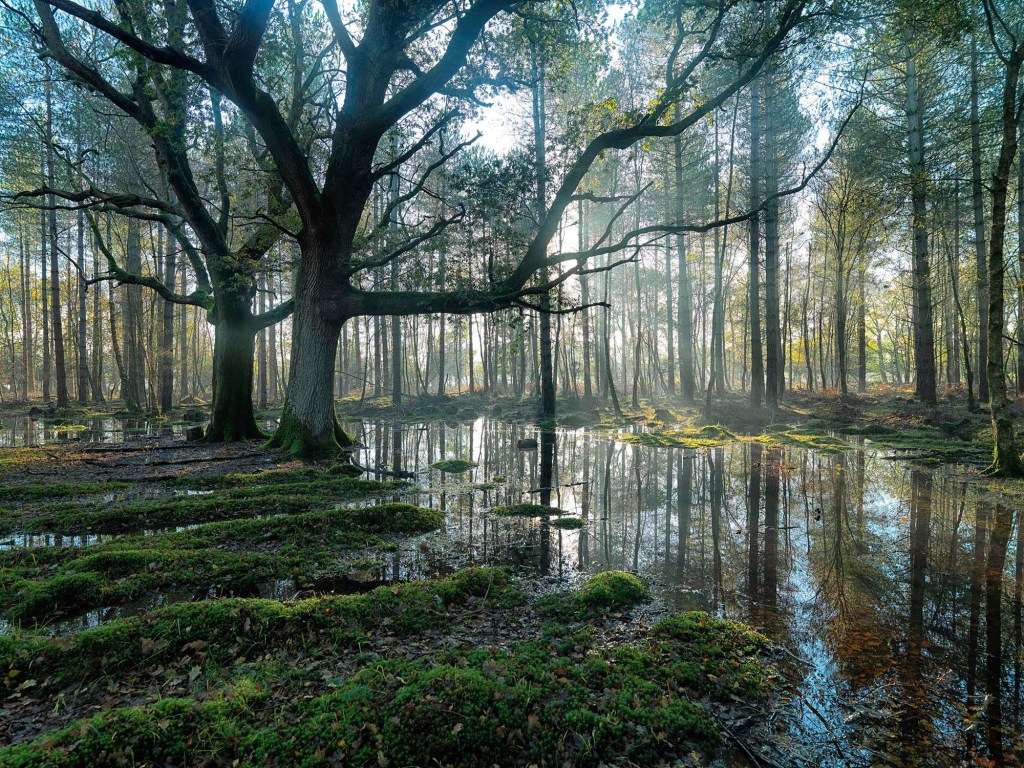 Courtesy of the artist  Adrian Houston

Increasingly concerned that so many indigenous trees were being affected by diseases and climate change Houston decided to give trees a voice through his series A Portrait of the Tree of which New Forest Oaks is part of. “While witnessing Earth’s natural power it is sometimes difficult to see its underlying fragility,” says Houston of the project. “However it can be felt by scratching beneath the surface”.

The New Forest – one of the last remaining unenclosed pasturelands in southeast England – was once thought to be the playground of William the Conqueror; today it provides a safe habitat for many rare birds and trees.

Do Not Be Lonely, by Anouska Beckwith 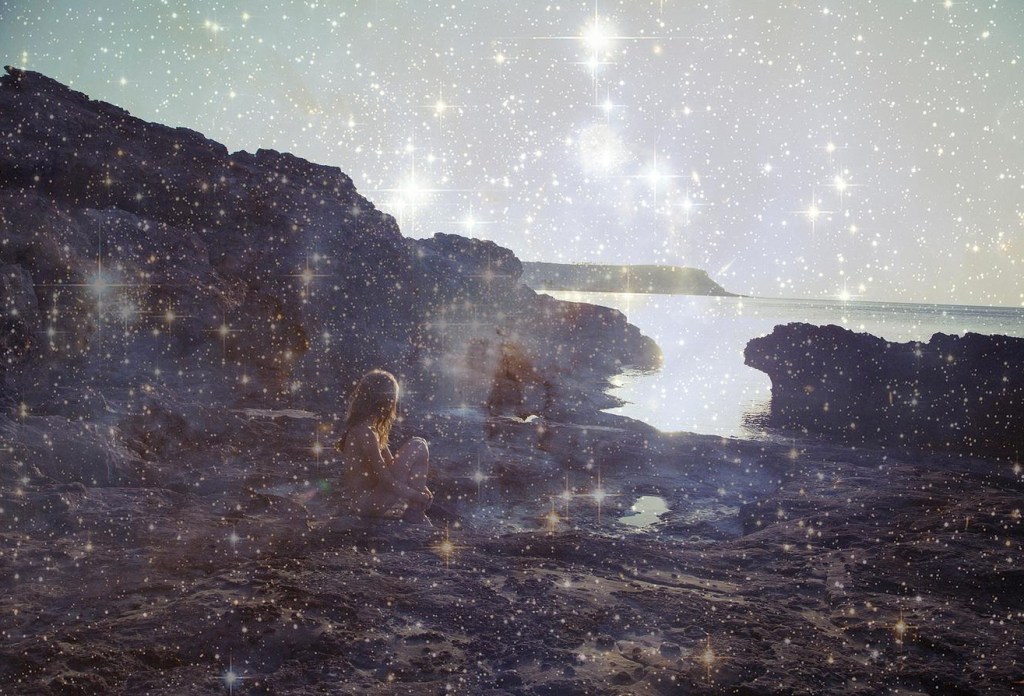 This particular image, taken at sunset by Somerset-artist Beckwith was inspired by the 13th century Persian sage Rumi’s adage, “Do not feel lonely, the whole universe is inside of you.” The image was taken as the colours turned from pastel hues into a silvery twilight. This work depicts the subject immersed in stars, as if finding herself within a portal between worlds. 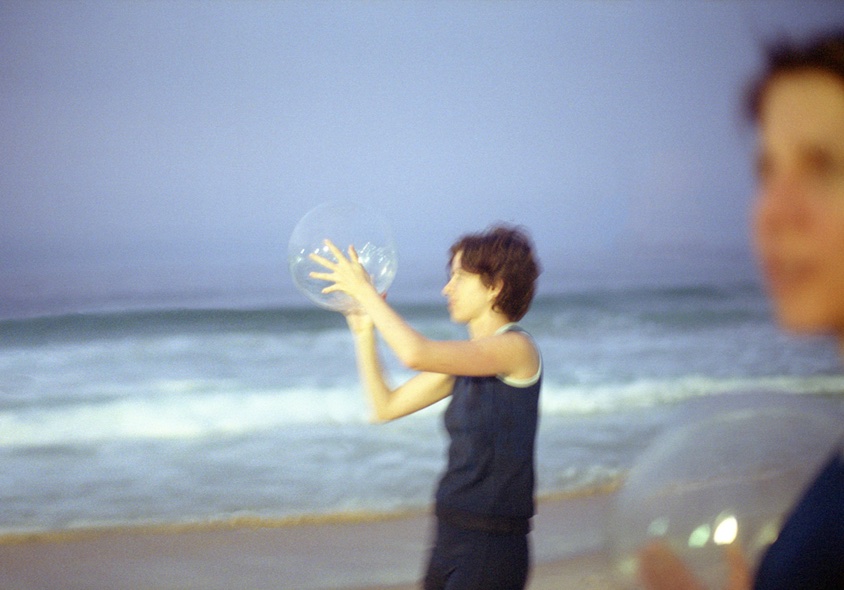 Courtesy of the artist and Galeria Nara Roesler

Baltar’s work focuses on capturing atmospheric phenomena such as mist, dew and the sea air which, she believes, settle in the gulf between the banal and the extraordinary. This work is a synthesis of transitory events in the artist’s life.

Part of the artist’s Mythologia Libre Manifesto project, La Femme Papillon is an example, in his own words, of how “These visions emerge from vivid dreams and spontaneous visions as bridges from the ancestors to our world. Seeking to find a reason to exist; to answer universal questions: Mythologia Libre is a scream for peace, a journey to our unknown. Mythologia Libre travels back to the depth of times to reach the origin. To erase all boundaries.”

A Picturesque Voyage Through Brazil #144, by Cássio Campos Vasconcellos 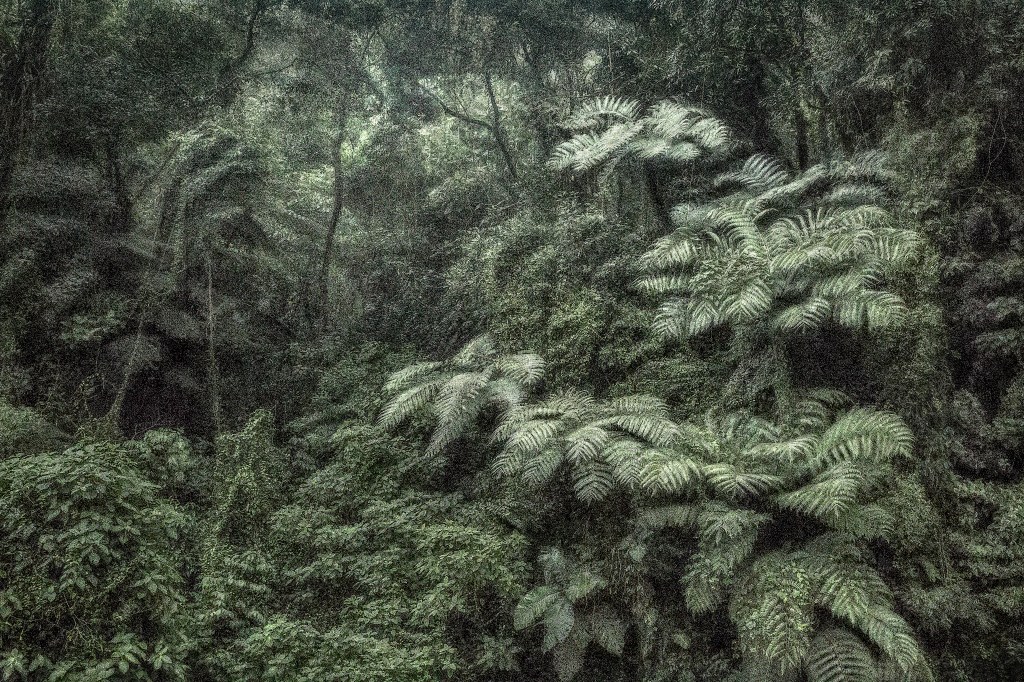 Courtesy of the artist and Galeria Nara Roesler

Vasconcellos trains his lens on the lush beauty of the tropical forest, following in the footsteps of his great-great-grandfather, Ludwig Riedel – a German-Russian naturalist and explorer under the auspices of the Russian czar, and the botanist of the Langsdorff Expedition. This series of detailed prints of Brazilian nature and local customs reveal a quasi-lithographic process in their minute details. 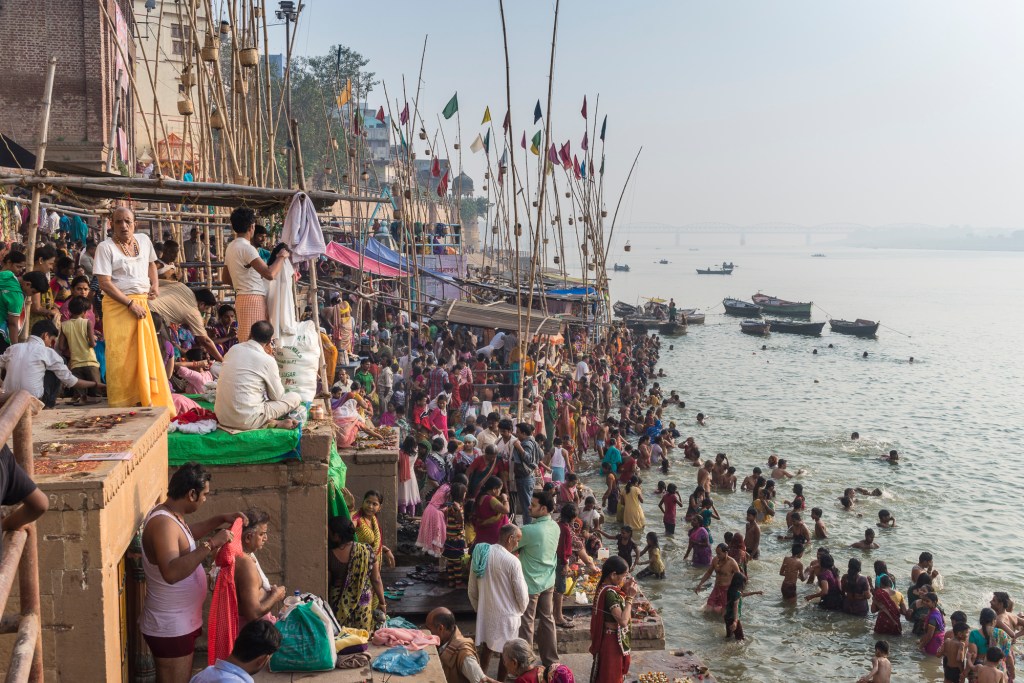 Courtesy of the artist  Chris Roche

Ancient and disappearing faith traditions around the world have been Christopher Roche’s theme of choice for six years now. Here, he documents the event whereby millions of pilgrims flock to Varanasi, the holiest city in India, for Kartik Snana: an event during which they bathe in the Ganges so that the holy water will wash away their sins, of this and previous lives. The lead picture above (also courtesy the artist) depicts Baba Luxman, a local holy figure who bathes regularly.

Urban and rural communities around the world have been the subject captured through the lens of a photographer who strives to highlight humanity’s daily struggle with climate change plus edifying magical moments we can all miss in a heartbeat. Shot in Israel’s Juda Desert, Blinking capture’s the region’s winter sunset. 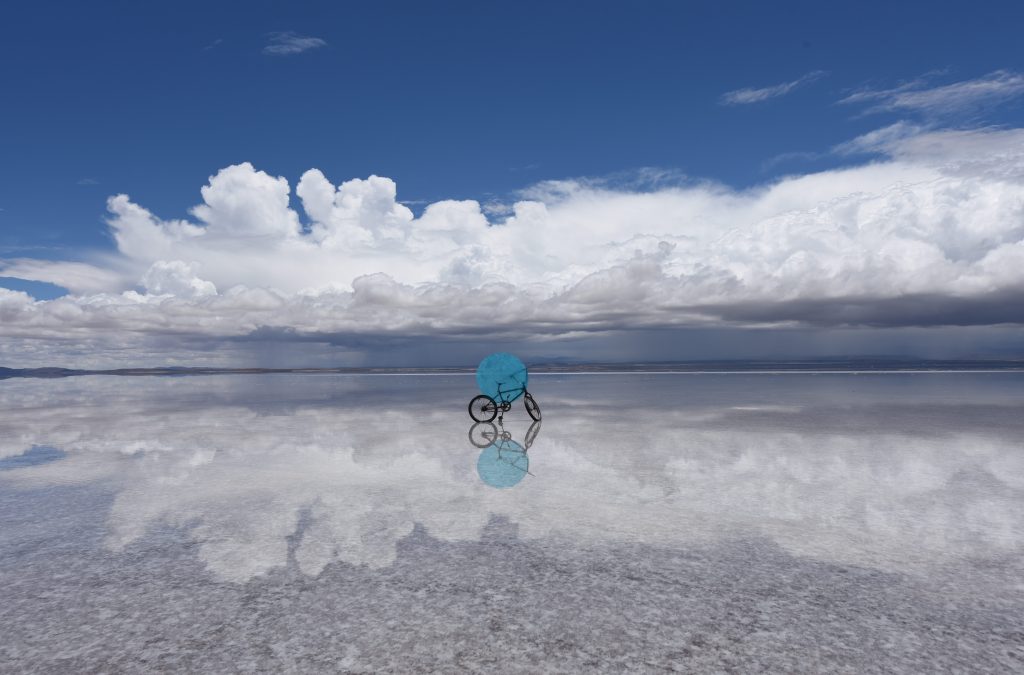 Courtesy of the artist and Salar Galeria de Arte

Gaston Ugalde’s photography deals with physical interventions within visually stunning landscapes, in the process inviting the beholder to consider how the natural world and mankind can co-exist more harmoniously. 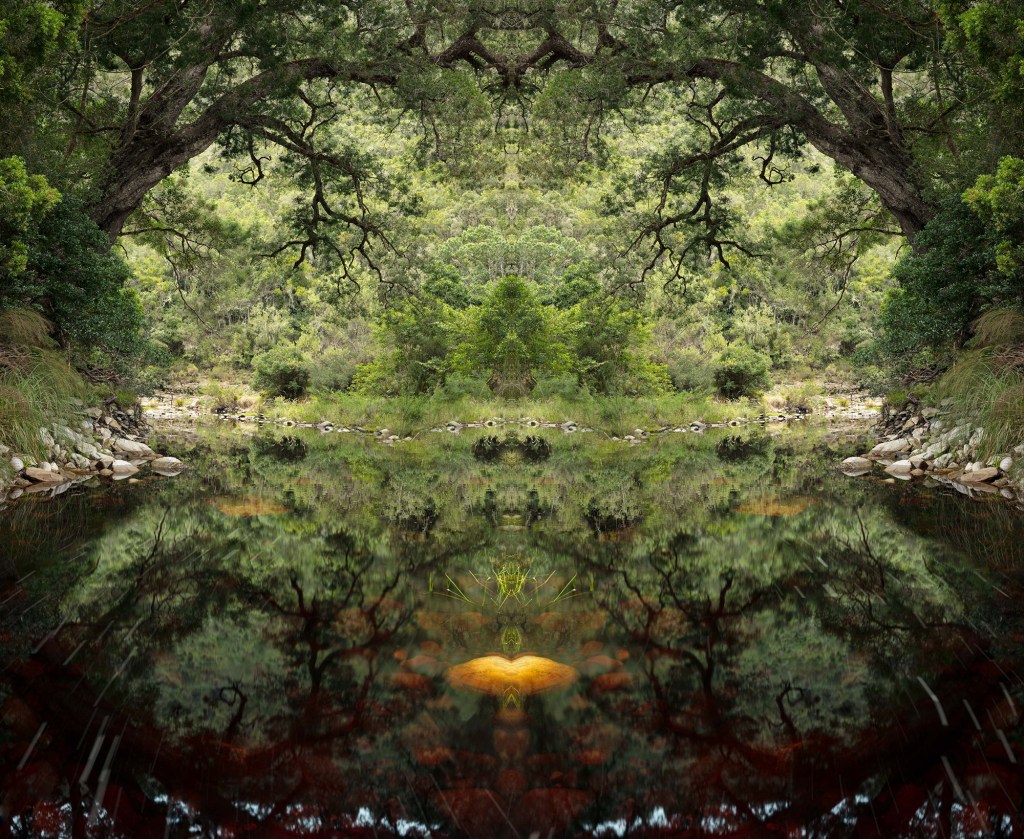 The trees seen in this work, giant yellowwoods, once dominated the canopy of Southern Africa’s Afromontane forests. At the time Barnett took this picture, he was experimenting with lucid dreaming, in which he would often find himself in the canopy amongst the many bryophytic plants, ferns and lichens that inhabit the sprawling trunks. Depicting space and time, dream and ‘reality’, this image intends to unearth timeless connections between living bodies of energy.

The Spaces Between Us, by Sidney Regis 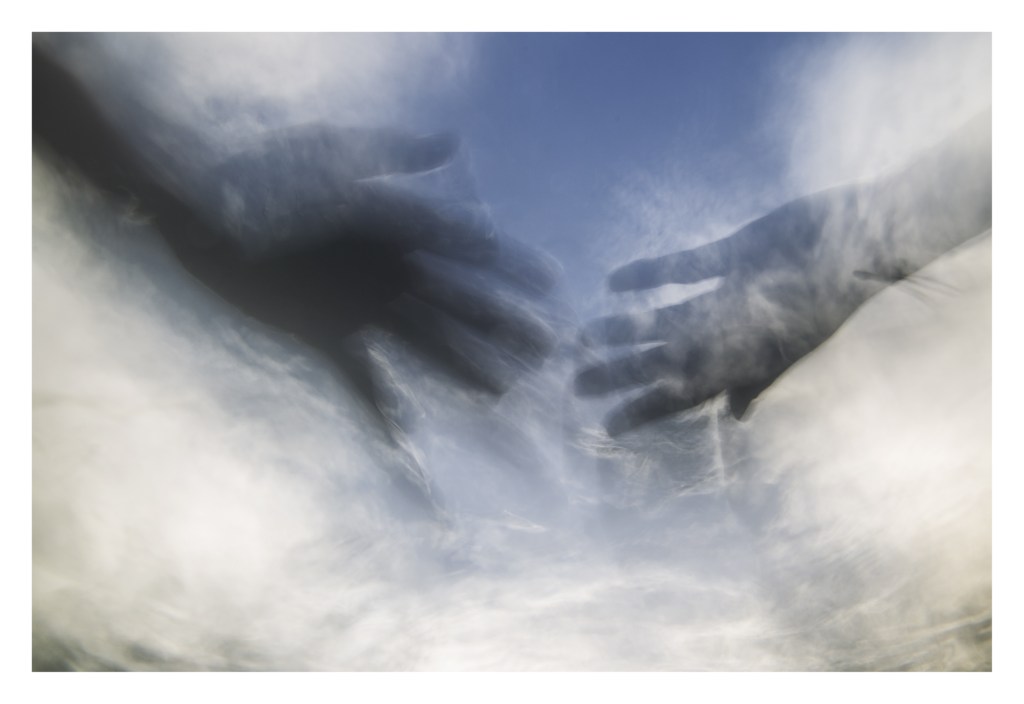 Here, Sidney Regis presents a space merging man and nature, sky and sea. Is it, he invites us to ask, a physical or imaginary plane? Real, dream or afterlife? He also asks us to consider three interpretations: separation, reunion or invitation. 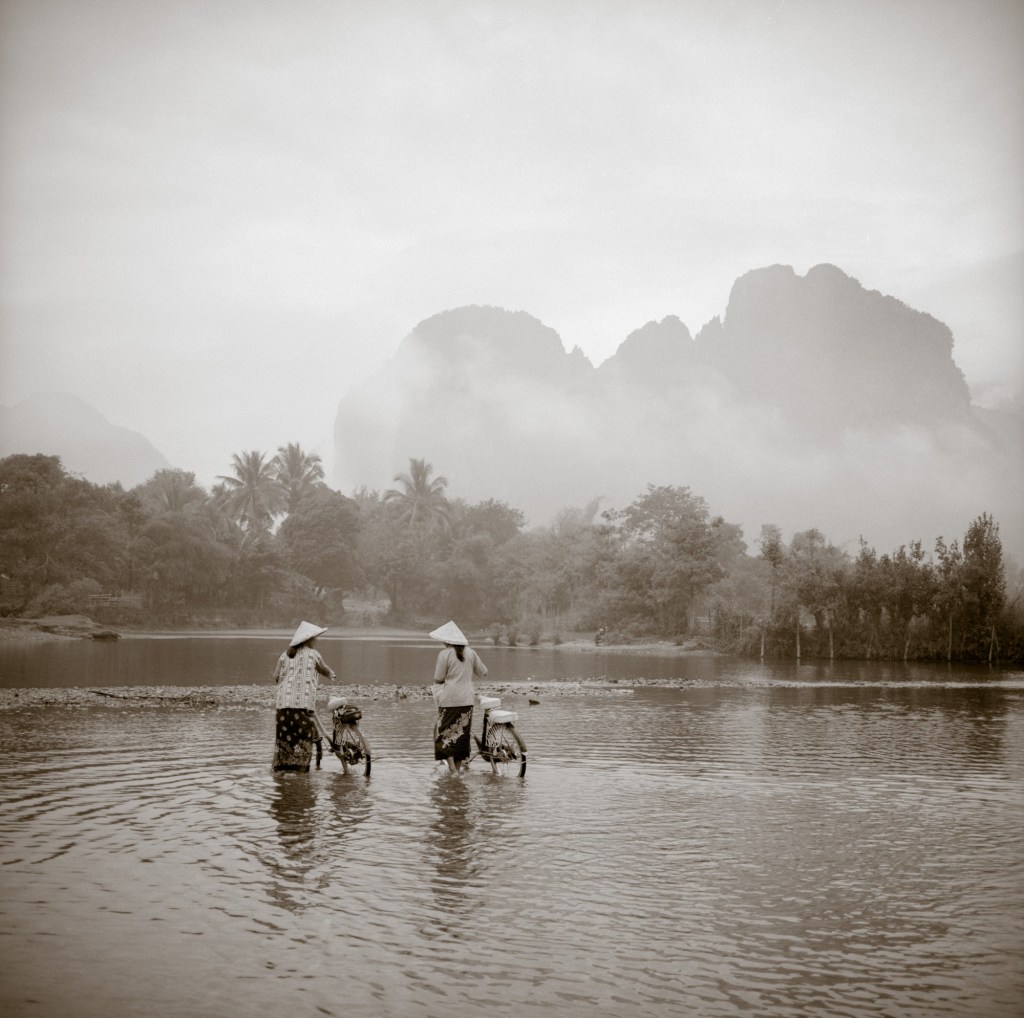 When this was taken in Laos in 1998, Vang Vieng was a small village and this was the ‘road’ to the other side of the river. Now, more than 20 years later, the river has a bridge, parasol-lined restaurants and tourists floating by on innertubes. This photograph offers a glimpse into a world we’re rapidly losing.

Find out more about Le Ciel Foundation and the exhibition here.