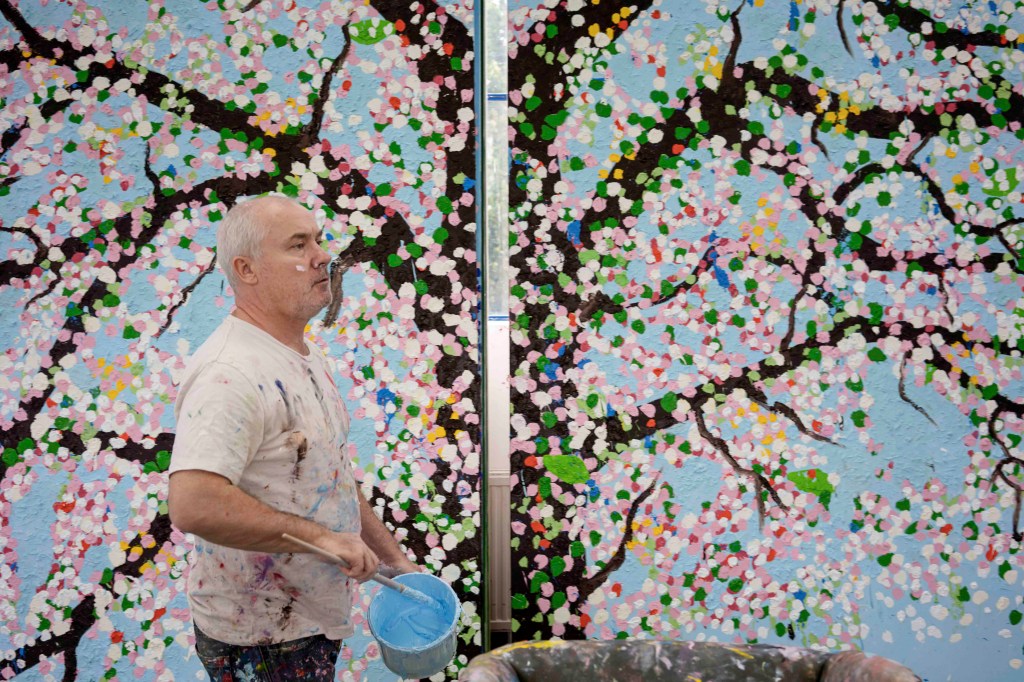 It seems a long time since Damien Hirst – darling of the 90s Britart scene, and the country’s richest living artist according to the 2020 Sunday Times Rich List, which estimated his wealth at around  £278 million – was focussing his creative smarts on rotting bovines and formaldehyde-pickled sharks. The Bristol-born, Leeds-raised Hirst, now in his mid-50s, these days focusses on grown-up projects such as his forthcoming non-fungible token platform. 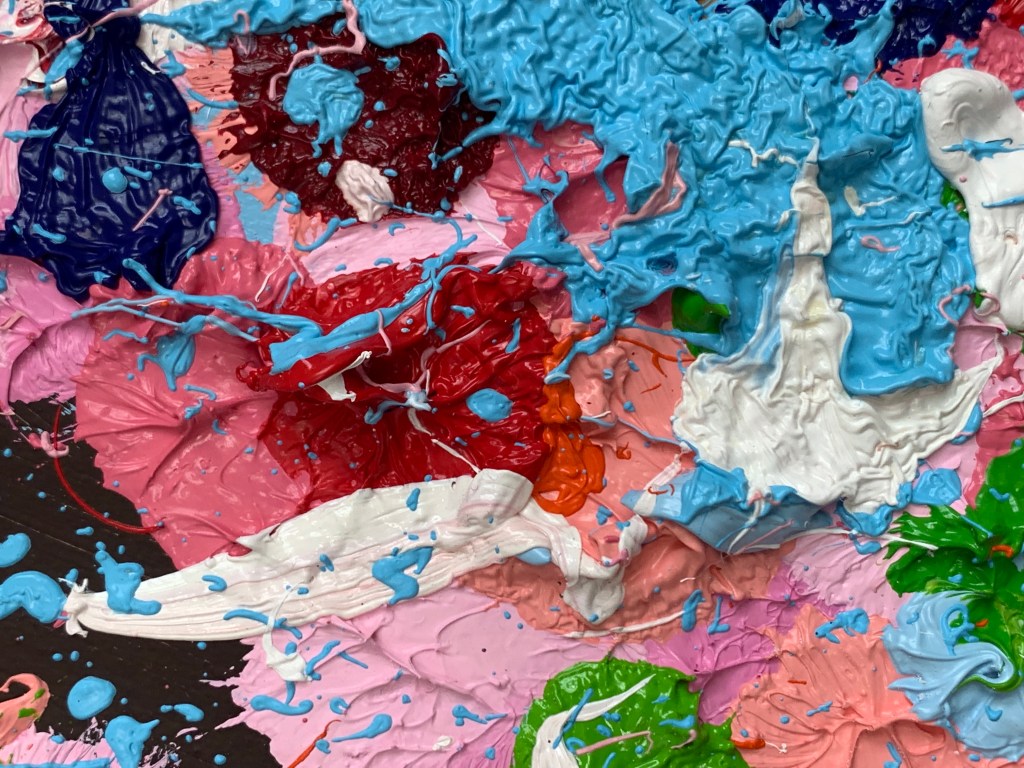 Those hungry for entirely fresh creative output from Hirst, though, should make a beeline – as soon as one can board Eurostar with (masked) impunity – for Fondation Cartier in Paris where, on 6th July, his new Cherry Blossoms series will be unveiled (closing date is 2nd January next year). Consisting of 30 works produced over two years of intense work, the series is a Hirst‘s latest foray into two-dimensional art after ‘Spot Paintings’, the ‘Visual Candy’ series  and, more recently, ‘Veil Paintings’. 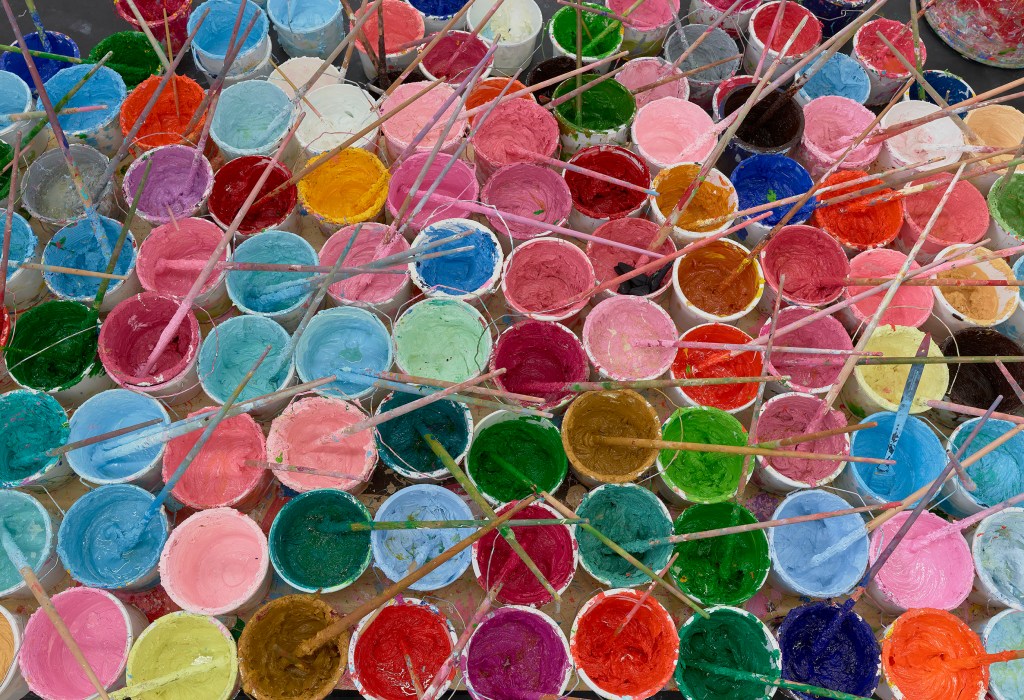 “The Cherry Blossoms are about beauty and life and death,” Hirst says. “They’re extreme – there’s something almost tacky about them. Like Jackson Pollock twisted by love. They’re decorative but taken from nature. They’re about desire and how we process the things around us and what we turn them into, but also about the insane visual transience of beauty – a tree in full crazy blossom against a clear sky.

“It’s been so good to make them, to be completely lost in colour and in paint in my studio. They’re garish and messy and fragile and about me moving away from Minimalism and the idea of an imaginary mechanical painter and that’s so exciting for me.” 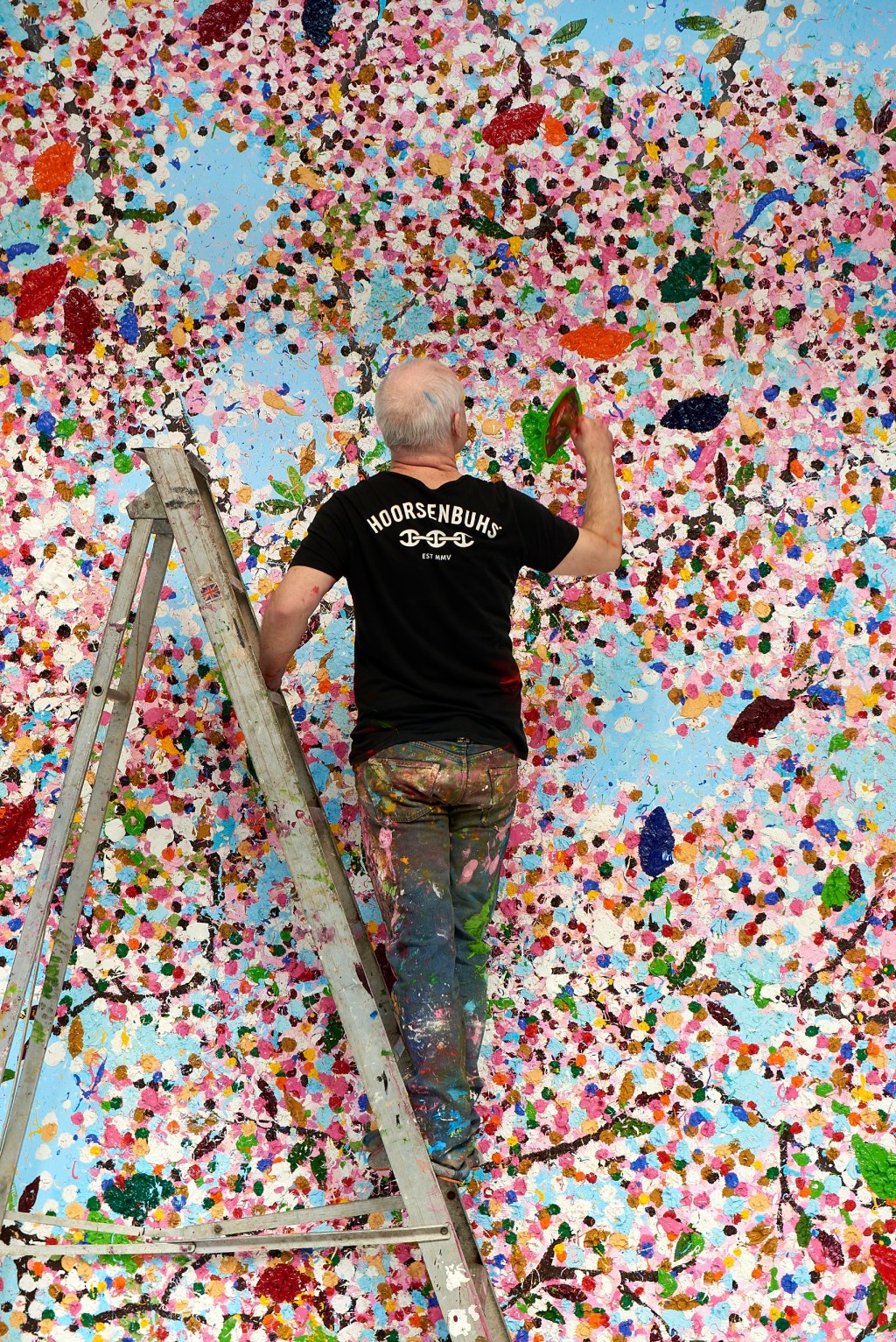