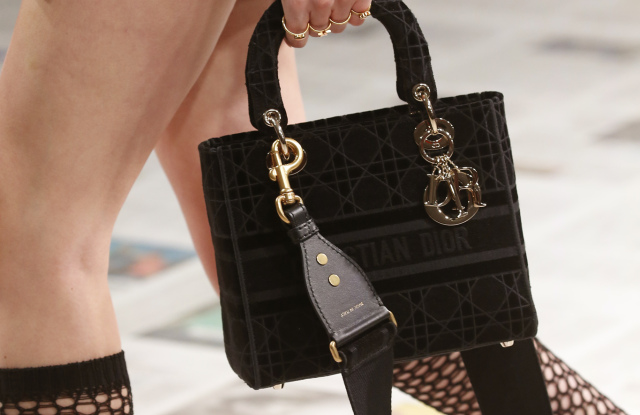 LVMH Moët Hennessy Louis Vuitton saw a strong rebound in China in the second quarter and expects a gradual return to normal elsewhere in the second half, supported by the solid performance of its top brands, Louis Vuitton and Dior, and a jump in online sales.

The French luxury conglomerate says net profit plummeted 84 per cent in the first six months of the year, after the COVID-19 pandemic forced the closure of many of its stores and factories worldwide and grounded travellers, who account for 40 per cent of luxury goods purchases in value terms, according to analysts.

“I do not think we have ever seen such a perfectly negative alignment of planets against us,” LVMH chief financial officer Jean-Jacques Guiony says on a conference call. But the outlook is brightening for the group, which has seen continuous improvements since the lifting of lockdown measures in many countries.

“The month of June was significantly better, and July will certainly see some improvement compared to June,” Guiony says. “We see, month after month, the situation coming back to a more normalised state and we expect this to continue.”

Bernard Arnault, chairman and chief executive officer of LVMH, noted the group had shown “exceptional resilience” during the health crisis. “While we have observed strong signs of an upturn in activity since June, we remain very vigilant for the rest of the year,” he says in a statement.

“Thanks to the strength of our brands and the responsiveness of our organization, we are confident that LVMH is in an excellent position to take advantage of the recovery, which we hope will be confirmed in the second half of the year, and to strengthen our lead in the global luxury market in 2020,” he adds.

LVMH, which owns 75 brands ranging from Dom Pérignon Champagne to Bulgari jewellery, reported that sales fell 38 per cent in the three months to June 30, following a 15 per cent drop in the first quarter. In organic terms, sales were also down 38 per cent, beating the Bloomberg consensus forecast for a 42 per cent fall.

Organic sales in the second quarter were down 54 per cent in Europe and Japan, while the U.S. saw a 39 per cent drop. Asia, excluding Japan, performed comparatively better, with a 13 per cent decline.

LVMH’s net profit totalled 522 million euros in the first half, with Louis Vuitton, Dior and Moët Hennessy remaining highly profitable. But the group’s gross margin took a hit, due to the depreciation of unsold products and its inability to absorb all the fixed costs of its manufacturing activities.

Most segments recorded losses during the period, with the exception of the key fashion and leather goods division, as well as wines and spirits. Selective retailing — which includes Sephora and DFS, LVMH’s travel-retail business — was hardest-hit, with a loss from recurring operations of 308 million euros in the first half.

Fashion and leather goods posted sales of 3.35 billion euros in the second quarter, down 37 per cent in like-for-like terms, broadly in line with expectations. The division posted growth of more than 65 per cent in China, while sales in Europe and the U.S. saw a progressive recovery from May.

In the U.S. and Japan, Dior sales rose in June while Vuitton was broadly flat. “I think this is very encouraging for the future,” Guiony says.

Dior has staged a series of high-profile events, including a physical fashion show in Italy for its cruise collection — albeit without the usual guests — and the opening of its travelling exhibition, “Christian Dior: Designer of Dreams,” in Shanghai on Tuesday.

Vuitton, meanwhile, is gearing up to present its spring 2021 men’s collection with fashion shows, open to the public, in Shanghai and Tokyo.

Sales of perfume and cosmetics were down 40 per cent against a backdrop of significant destocking by retailers, with LVMH refraining from selling through parallel distribution channels. In the second half, Fresh will open concept stores in China with new services, and Loewe will launch a line of home fragrances.

Guiony says it was too early to extrapolate any forecasts from the global spike in online sales during the lockdown, although he indicated a shift in LVMH’s attitude to e-commerce, which it has traditionally been reluctant to engage in.

”We are very pleased with the business we’ve done on the digital front, particularly in Sephora and in fashion and leather goods, and to a lesser extent in perfumes and cosmetics. It has enabled us to offset part of the lost business in regular distribution channels, so it is encouraging for the future,” he says.

“When I see the amount of business that we’ve been able to generate in the last six months on our e-commerce platform, I think there is a future for these platforms to generate a significant amount of the global sales and to be a real and genuine distribution channel, alongside the brick-and-mortar,” Guiony adds.

The watches and jewellery division recorded a 52 per cent drop in organic revenue, even though Bulgari saw a strong recovery in China in the second quarter. Meanwhile, organic sales of wines and spirits were down 33 per cent, with cognac benefiting from a rebound in sales in China and resilient U.S. demand.

In the selective retailing division, revenues fell 38 per cent even as Sephora gained market share and saw strong increases in online sales. DFS was focused on cutting costs and gradually reopening its downtown stores in Venice, Macau and Hong Kong.

“Our top brands have not disappointed — all profitable; less revenue drops than peers; outstanding margins; market share gains; well-positioned to become stronger in the crisis, which is exactly what leaders should do,” Guiony says.

“We are optimistic and confident, although there are two things we should not forget in order to be able to react quickly to any change in the environment. First, the resolution of the sanitary crisis lacks visibility and we cannot rule out further difficulties here and there. And two, the travel retail business is and will be suffering for a number of months and quarters before it comes back to normal,” he adds.

While LVMH plans to slash its capital expenditures budget by 40 per cent this year, it expects to keep its workforce largely intact. “There is no such thing as massive reduction in headcount. There could be some adjustments here and there, but nothing particularly significant,” says Guiony.

“It would be stupid on our side to adjust too much — be it the capital base, the human base, or even to streamline too much some brands — because when things recover, we want to be in good shape to benefit from that,” he explains.

The executive gave a brief update on LVMH’s £12.5bn acquisition of U.S. jeweller Tiffany & Co., saying half-a-dozen antitrust filings were still pending, though he did not specify in which countries. “Things are moving forward,” Guiony says. “But I don’t really know when all the go-aheads will be given.”

He also declined to estimate the potential impact of U.S. tariffs on French fashion goods, including handbags. “Some are pending, some are threatened. It’s very difficult to make any assessment,” he noted. “It’s a likelihood, that’s right, but it’s not the first time that something like this doesn’t happen at the end of the day.”

Analysts expect the group to outperform the rest of the luxury sector, despite an unfavourable geographic mix.

“LVMH is more exposed to the U.S. market, which will be particularly hit by the delayed lifting of lockdown,” Morgan Stanley noted in a recent research report. The U.S. accounted for 24 per cent of the luxury group’s revenues in the first half.

But LVMH was likely to benefit from a “flight to quality” as consumers seek the reassurance of mighty brands like Vuitton, Dior, Fendi and Celine, and gravitate toward classic and bourgeois brands over edgy labels.

The LVMH results come on the heels of figures from Compagnie Financière Richemont showing sales fell 47 per cent in the three months to June 30 due to store and workshop closures, anemic tourism and a lack of appetite for hard and soft luxury worldwide during the pandemic.

Meanwhile, Burberry reported retail sales fell 48.4 per cent in the first quarter ended June 27, despite a powerful rebound in the key markets of mainland China and South Korea. Kering has published its second-quarter results yesterday, with Hermès International to follow on Thursday.

This article was originally published on WWD.

From the LaFerrari Aperta to the Hermes Birkin: How Fictional Scarcity Distorts Demand for Luxury’s Most Coveted Objects