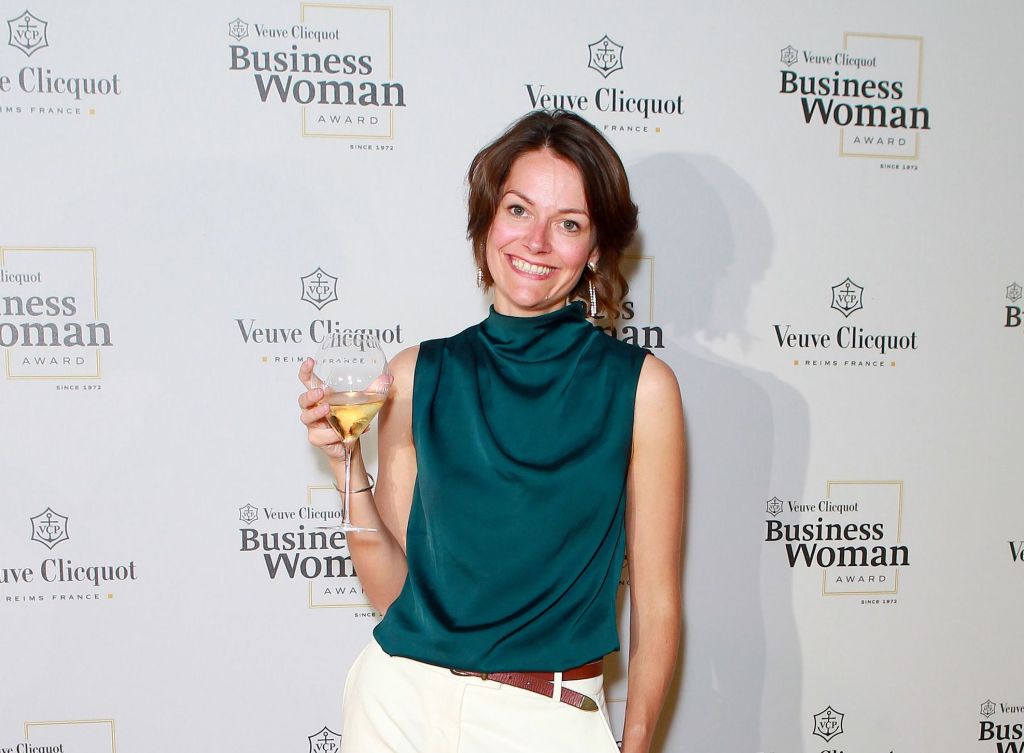 On her watch, global cybersecurity organisation Darktrace, which has bases in Cambridge and San Francisco, has achieved a £130 billion valuation in under five years – an achievement acknowledged by her winning the New Generation accolade at the Veuve Clicquot Business Woman Awards last month. So how does Gustafsson approach her role of helming one of the UK’s top AI start-ups: a unique operation which has two female CEOs?

What positive effects do accolades such as the Veuve Clicquot Business Woman Award have, when it comes to improving women’s standing in professional circles?
They serve as a demonstration that women can achieve great things in any industry. It establishes a positive cycle, particularly within STEM areas. The more women who are recognised for their achievements, the more women will want to achieve. Ultimately, we aim for people to be recognised for their achievements regardless of their gender.

You won the New Generation Award this year. How do the values and principles of Madame Clicquot, a trailblazer ahead of her time, reflect in your own work and ethos?
Trailblazing is what we do, and always have done. We set up Darktrace as a completely new approach to the cyber security sector. We don’t aim to displace traditional security vendors; instead we have come into the industry with a technology that is completely unique, and we are championing the beginning of a new AI ecosystem. Our technology is reflective of our forward-thinking vision for the company as a whole.

The nature of cyber security – like everything tied up with the digital revolution – changes rapidly. How do you keep tabs on it?
There is no way to consistently keep tabs on everything – the industry is constantly evolving in rapid and unpredictable ways. In fact, our technology often catches never-before-seen malware and viruses. However, the way our AI works is by learning what ‘normal’ behaviour looks like for a network, and automatically detecting any deviations in this activity, thereby detecting threatening or malicious activity. This way, we can rest assured that we are staying one step ahead of attackers.

The technologies change constantly – but do the motives behind it?
It’s no secret that cyber-attacks are quickly becoming part of nation states’ arsenal. The order of geopolitical warfare is changing, and we will begin to see conflicts increasingly played out in the digital domain – largely to incite information warfare or spread fake news. Furthermore, waged against connected infrastructure such as power grids and manufacturing plants, advanced cyber-attacks could have highly damaging consequences. As we become more connected as a society, this risk will become greater, particularly when adversaries begin to supercharge their attacks with offensive AI, and the only way we will be able to counter these is with equally advanced, defensive AI.

How would you account for Darktrace’s extraordinary growth since its founding?
Our rapid growth over the past few years has been largely due to the fact that our technology truly works. We have a three-week proof of value period, during which we can demonstrate the value of our product to those who are looking for security solutions that really work. Crucially, AI is adaptable and scalable, meaning that it can work in all kinds of digital environments, no matter the size or industry. We also hire the best and brightest university graduates, who are able to learn quickly and adapt to the challenge of navigating a rapidly-growing business, with no prior sales or tech experience.

How have you gone about instilling a culture in which gender and race are simply irrelevant?
We don’t pretend that gender doesn’t matter – we’re keen proponents of women pursuing STEM subjects. We sponsor WISE, a charity that encourages young women and girls to take up technology and science related subjects at school and in further education, and we are proud to have a 40-60 gender balance in an industry where the average is 15 per cent female. However, we celebrate the achievements of individuals, not of genders. We ultimately look forward to the day when we can celebrate people for what they have achieved because of who they are, not because of what gender they are.

Sailing in Luxury With Dom Pérignon