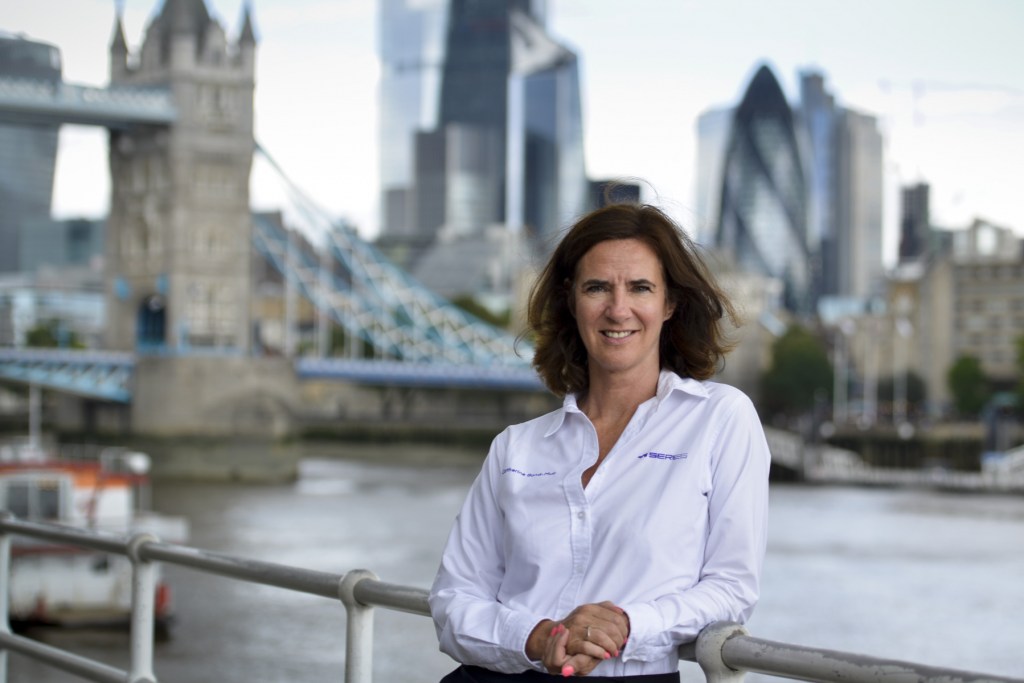 It’s not just Lewis Hamilton who is striving to level motorsport’s playing field: sports solicitor and corporate financier Catherine Bond Muir, since 2015, has been on a mission to address a situation whereby the number of women competing in single-seater motorsport series across the world had, until that year, diminished each year in the previous eight. The result is W Series: an all-female racing series that nurtures female motorsport talent with the hope, one day, that there will be a healthy number of women on the grids and podiums of Formula 1.

What was the main catalyst for the creation of W Series?
After having left corporate finance – where I worked on sports deals such as the sale of Chelsea FC to Roman Abramovich – to have my first and only child relatively late in life, I was looking for a new challenge. The idea for W Series came about over a glass of wine with some friends who said ‘What about a women’s motor racing championship?’ The past five years or so have been a very exciting time for women’s sport but it was clear that compared to other women’s sports like tennis and football, motorsport was getting left behind. Motorsport has historically had a diversity problem in that it is very white and very male. W Series is bringing some much-needed new energy into the sport, and we have seen that reflected in the success of our inaugural season, and our subsequent partnership with Formula One.

How would you explain, to the uninitiated, what the long-term aims of W Series are?
We want to see more female participation in motorsport, whether that be as drivers or behind the scenes as mechanics, engineers or team principals. W Series’ new partnership with Formula One, which will see us feature as support races at eight Grand Prix weekends, is a hugely positive step for us in what is essentially our second season – which, I think it’s fair to say, is an unprecedented rate of progression in motorsport. This will be an incredible platform for our drivers to showcase their talents and is proof that F1 are invested in the future of women in motorsport. I never want to hear that someone loses interest or gives up on their dream of working in motorsport because they do not see themselves represented in it. I firmly believe that if you can see it you can be it, and I’m confident that W Series will inspire many young girls to get involved in karting and ultimately help more women to reach the upper echelons of motorsport.

What are the common misconceptions about it?
That it is about segregation. We faced a fair bit of criticism when we first announced W Series, from people claiming that it was wrong to separate women from men in a sport that is already mixed. The reason there have been no women in Formula 1 for 46 years is because there have not been the same opportunities for female drivers that there have been for their male counterparts. The sponsorship has historically gone to men meaning that women with just as much talent as their male counterparts have lost out on a chance to reach the top. By providing fully funded seats to our drivers, we’re offering them invaluable experience and exposure. We’ve already proven the model works with the fact that Jamie Chadwick was offered a development role with Williams F1 off the back of her success in 2019, and Alice Powell was able to pick up her professional racing career again, having not raced for four years prior to W Series due to lack of funding. W Series is about opportunity, not segregation.

What have the main obstacles been so far?
Setting up W Series was tough at times, and there were moments I felt like giving up. The biggest hurdle was getting the financial backing because getting from a small idea to where we are now requires a huge amount of money. In motorsport you need drivers, cars and a track to race on, and all of those things depend on each other. I couldn’t arrange one of those things without having the rest prepared and unless you have those key components in place people aren’t going to give you the money you need to move forward.

Covid was tough on all businesses but I think we were lucky to be so young as it gave us a degree of flexibility. The hardest thing about it was telling our 18 drivers that we were having to cancel the season, but they took it like true professionals; in fact the first thing they did was ask how I was feeling! The silver lining of the enforced time off was that we had time to strategise and get the deal with F1 – F1 was always part of the business plan but I never believed it could happen this soon.

What have been the major triumphs?
Getting Sean Wadsworth – our Chair – on board was a huge moment as he has been the cornerstone investor through all the growth stage. Credibility is massively important when you’re setting up a new sport such as W Series. We were very lucky to get David Coulthard involved at an early stage. David introduced us to our Racing Director, Dave Ryan, who had been at McLaren for 33 years and that helped the business progress because they knew such a vast number of people in motorsport.

One of the great triumphs of the inaugural season in 2019 – in terms of exposure – was our broadcast deal with Channel 4, which meant we were the only motorsport to air on terrestrial television in the UK. The great success story for this season is our partnership with Formula 1. There is no doubt that this will do wonders for our global reach, and for the profiles of our incredible drivers.

If the playing field were already level, is it fair to say that women would be competing on exactly the same level as men?
Absolutely, yes. The standard of racing in our inaugural season was outstanding, and that was commented on by seasoned motorsport enthusiasts. Women have competed in Formula 1 races before, albeit not for 46 years, but the playing field has never been equal when it comes to women in motorsport and W Series is here to level it out. When they’re not competing in W Series our drivers are racing predominantly against men, and many of them have come top of their class in other junior competitions. For example, Alice Powell came first in the Asian Formula Renault Series in 2014, and in the same year Abbie Eaton won the Mazda MX-5 Supercup. The issue is that funding often dries up at a crucial stage of a driver’s development and sponsors have always considered male athletes a safer bet. When women receive as much support as men motorsport will be truly equal.

How are preparations for the French Grand Prix going?
As you might expect, it’s challenging to prepare for a season when you don’t have total clarity on what level of social distancing will be in place, or whether fans will be able to attend. However, after a year away in 2020 we cannot wait to get back on track to showcase our incredible drivers and tell the W Series story to a bigger audience. Needless to say, the fact that we’ll be racing alongside Formula 1 makes the return all the more exciting. The drivers are thrilled that they’ll be driving on the same circuits as the very best drivers in the world.

What kind of scenario, for you, would represent all of the W Series’ aims having come to fruition?
The dream is, of course, to see a woman return to Formula 1, and then to win it. However, I think the true mark of our success will be when we see many more girls coming up through karting, and when there are five or six women battling for the podium in Formula 2 and Formula 3. If we’re going to make a lasting difference at the top end of motorsport we need to encourage and nurture participation at grass roots level.

Sailing in Luxury With Dom Pérignon