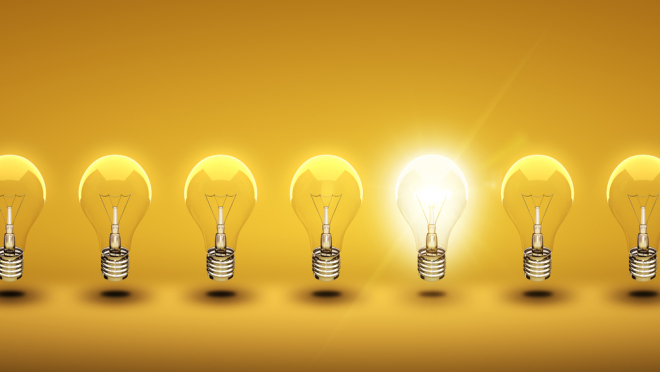 Jean Case is a powerhouse. We’re talking at the Gramercy Tavern restaurant in New York over samples of Bordeaux-style varietals from Early Mountain Vineyards, the Virginia winery she owns with her husband, AOL co-founder Steve Case. But this successful businesswoman- who is CEO of the Case Foundation, president of the National Geographic Society, and spent more than 20 years in marketing and senior management in the technology world—is talking about water, not wine, and failure, not success.

Specifically, Case is recalling what she considers “the most public failure of my professional life,” a £3.9 million investment the Case Foundation, which funds technology and innovation aimed at social change, made in a social impact business called PlayPumps in 2006. The idea was to generate clean drinking water in sub-Saharan villages by using children’s merry-go-rounds to pump the water. The problem, as it soon became clear to the Cases and other financial backers- including the Clinton Global Initiative and then-First Lady Laura Bush- was that the pumping technology didn’t work in villages where there was a shortage of water to begin with, or where the demand exceeded the modest supply. Case let the world know that the grand experiment had failed. She wrote an essay titled, “The Painful Acknowledgment of Coming up Short,” which remains on the foundation website, and- in a display of why it’s important to be vocal when a venture fails—worked with the company to create a new approach, in which PlayPumps are part of a larger portfolio of clean-water technologies.

“I see that failure as the genesis of our Be Fearless work,” says Case. She’s referring to a mandate the Case Foundation has taken on, which funds entrepreneurs and organizations willing to take risks and learn from failure. It is also the title of her first book- Be Fearless: 5 Principles for a Life of Breakthroughs and Purpose (Simon & Schuster).

The book is part autobiography, and very much a motivational message to women. “If you see a problem in your business or your life, come up with your own solution,” Case says.

It isn’t always easy for women to jump in that way, she acknowledges. “Women tend to be perfectionists; if we don’t think we’re going to be great at something we don’t take it on. It’s true that the world has less tolerance for women and their stumbles than it does for men, but the only answer is to own your mistakes and recognise that shortcomings along the way will lead to bigger things down the road.”

At the same time, Case has thought long and hard about why some big, bold ideas work and others don’t. “At the foundation, we hired a team of researchers to look around to examine whether there might be a secret sauce,” she says. “They discovered five principles that are always present when transformational breakthroughs take place.” She discusses the principles at length in the book, but here’s how she has seen them play out:

In the late 1980s, Case had a great job as part of a team trying to drive disruptive innovation at General Electric. “Then this little startup down the road called, and I decided to go there. People thought I was crazy.” Not so crazy after all; the little startup became AOL.

“If we remove the word ‘risk’ and call it ‘experimentation,’ then suddenly it becomes much less daunting,” she says. “Suddenly you have a framework. Going in, you know that your expectation could work, but it might not.”

The failure of PlayPumps led Case to a whole new way of thinking about how to solve problems. She says go all out and host “fail fests,” in which business or philanthropic colleagues come together to share their experiences and learn what’s worked and what hasn’t.

4. Reach beyond your bubble.

In 2003, Case was invited to the George W. Bush White House to be part of a group of private-sector and faith-based leaders devising a plan to address the HIV/AIDS pandemic. “We had the Christian right opposed to condoms and leaders on the left opposed to abstinence counseling,” she recalls. “But somehow, we came up with some concrete steps for the President’s Emergency Plan for AIDS Relief. The most original solutions come from engaging with people with diverse experiences—and getting them all around the table at once.”

“Fearlessness is not the lack of fear,” she says. “It’s the ability to look it in the eye and have the courage to overcome it.”