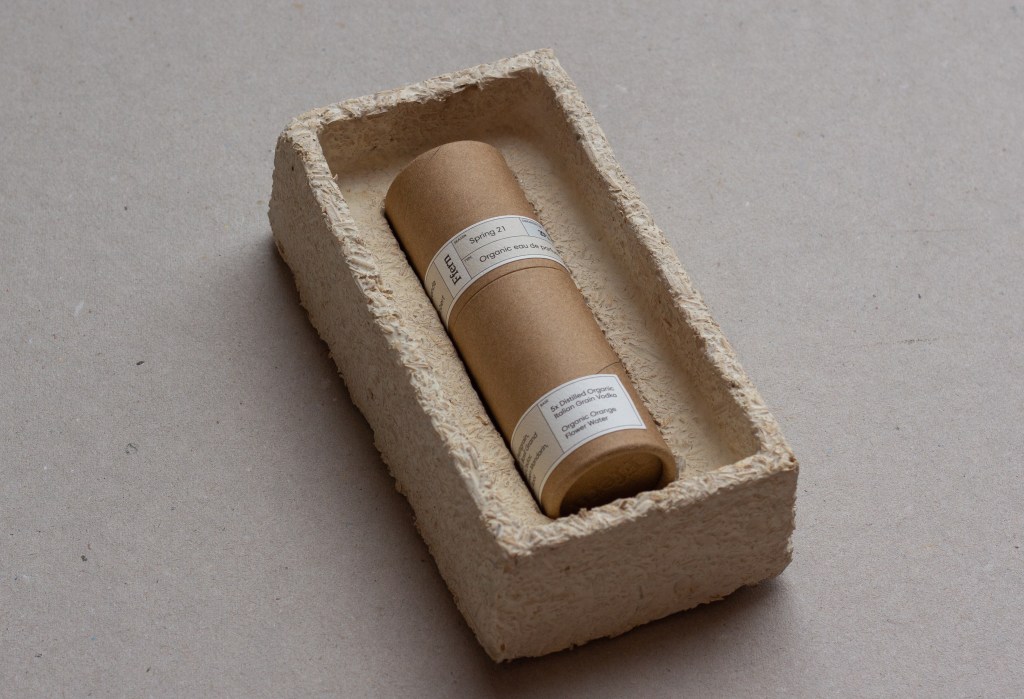 Brother and sister partnership Owen Mears and Emily Cameron are counting down to the summer solstice after a successfully fragrant spring equinox. Somerset’s self-described “quietly disruptive perfumers” release their organic, small batch fragrance four times a year, with highly qualified noses helping them to make their artisanal, quintessentially English (Elodie Durande is a star alumni of the School of Perfumery in Montpellier; François Robert is a fourth-generation perfumer and the great-grandson of a French chemist who ] discovered a method to extract 100 per cent pure fragrance oils from plants).

Ffern’s Spring Scent ‘21 is inspired by greenhouse emissions – as in the nice, classically English, vernal ones: tones of blossom, pink white petals, fresh soil, warm earth and new green shoots. And dense foliage to come. The new scent is an ode to the English greenhouse.

“We’ve brought in jasmine as a reminder of the spring blossom in the garden – sweet and floral, “ says Owen, 26,  an Oxford PPE graduate from Milverton. “The more resinous, woody notes of cedar are a reflection of the greenhouse’s old wooden frame and the woody vines. For the centrepiece we chose the bitter orange tree.”

His sister Emily, 31 – who attended York University and the Courtauld  Institute of Art and is a former assistant at Sotheby’s – adds : “First the petitgrain – sharp and faintly herbal – was taken from the leaves and twigs. Neroli, honeyed and airy, was produced by steam distillation of freshly picked orange flowers. We then added orange blossom absolute, created from the same flowers but with an entirely different extraction method, resulting in a more heady, richer scent. Finally, we used the rind itself and orange blossom water.”

Owen continues: “In Somerset, fragrance is hard to escape. Bogs, hay drying, mown grass: scent can be used to archive memories. It has the potential to delimit a chapter in our life. We grew up near a herb farm. I wanted to build something from the ground up with a focus on sustainability and nature – and fragrance seemed like the right opportunity.“We’re really proud of finding the sense of each season’s fragrance. We don’t try and reinvent the wheel every season – we try to evolve and build on what has come before. We’ve zoomed in on a particular room and a corner of a field at a particular time. Such as the entrance to an English country greenhouse – the first time that day that the door has been opened – and the moment of transition between being outdoors and indoors. That granularity really helps us with the development process.

“The ageing takes time, so we usually need to be certain of the final formulation at least six months before the release. We’re thinking ahead all the time though. Each perfume launch is an evolution of the last, so we’ll be exploring potential evolutions as far as 24 months in advance. Our Autumn ‘20 scent was all about capturing ‘petrichor’ – the way the air smells after rain.”

Emily continues: “Distilling the essence of petrichor was an entirely different challenge. After countless iterations, we discovered that rose absolute, cognac oil and oak and rosewater did the rest.”

The next Ffern perfumes will be released on June 20, September 22 and December 21. To receive exclusive, limited-run Ffern perfumes, enrol on the company ledger (£69 per quarter) at www.ffern.co