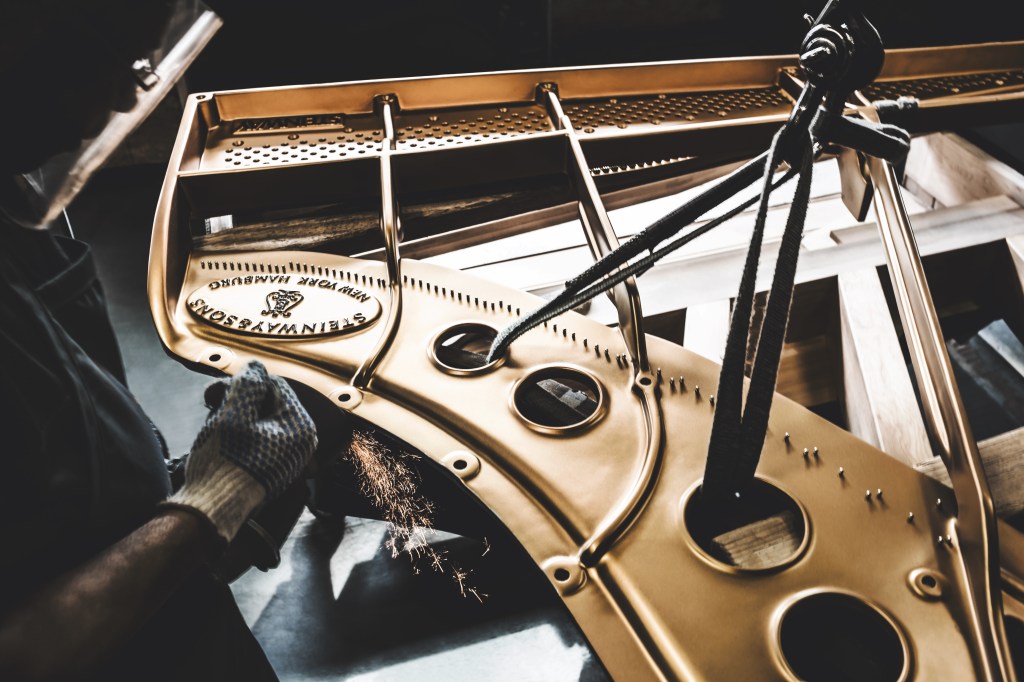 In one room within Steinway’s Hamburg production centre, you’ll find someone weighing and adjusting each felted hammer, sometimes using a small flame to tweak the wood’s cellular structure (for obvious reasons, this is the only fire allowed in the factory). In another, squinting workers wrap copper wire around steel to create the thicker strings. Further along, colleagues feed those strings through tuning pegs and wind them until a total of 20,000 kilos of tension is distributed perfectly across the keyboard.

But the individual with the most esoteric function is the factory’s Chief Voicer, Wiebke Wunstorf, who today is sitting among six grand pianos in a sound-proofed room. Though Wunstorf works with her hands and ears, her job is not like that of tuning an instrument to measurable and precise frequencies. Her duty is to ensure that the instrument can express a repertoire of emotions – from the doleful serenity of a Chopin nocturne to the dissonant bluster of an avant-garde modernist – with equal clarity and resonance. 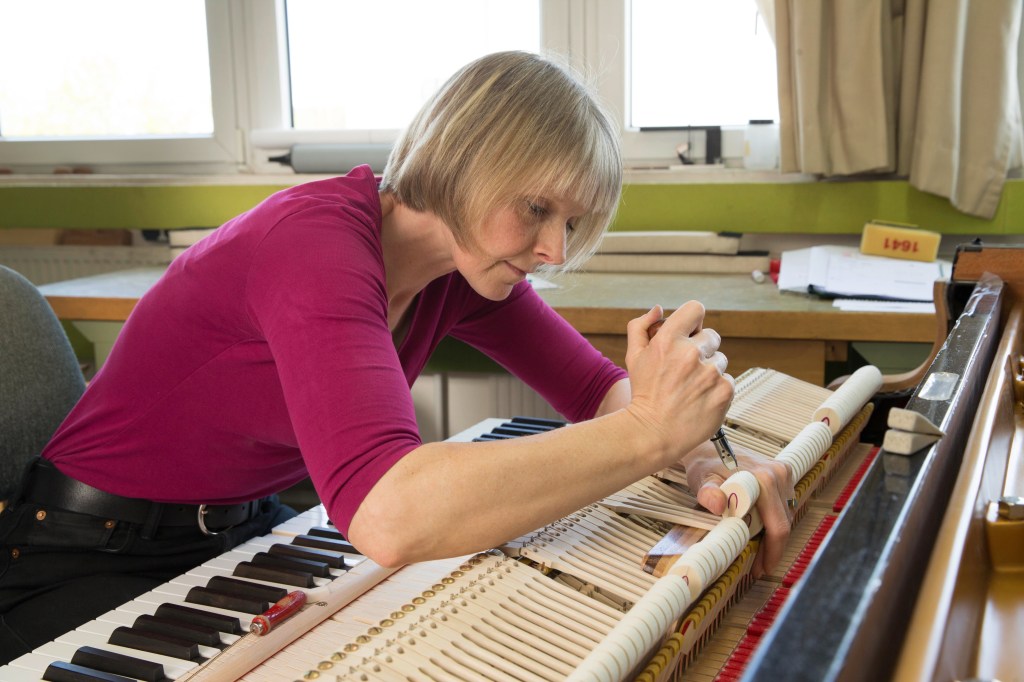 “I started here as a trainee piano builder 39 years ago,” explains Wunstorf, who became Steinway’s first female apprentice aged just 17 and works on seven instruments a day. “I was very involved with tuning, but I quickly discovered that working on the sound characteristics suited my skills best. The instrument needs to be able to express both softness and loudness, pleasantness and harshness – a lot of modern classical music is very discordant, cacophonous. Emotions can be sad, frustrated, beautiful, upset, poignant.”

Between her explanations, Wunstorf hammers away at staccato scales, placing little rubber dampers between the higher strings (in sets of three per note) so as to isolate each one. A more mellow tone can be achieved by sticking small needles in the hammer’s felt to reduce its stiffness; a brighter tone with the application of some lacquer to the hammer. 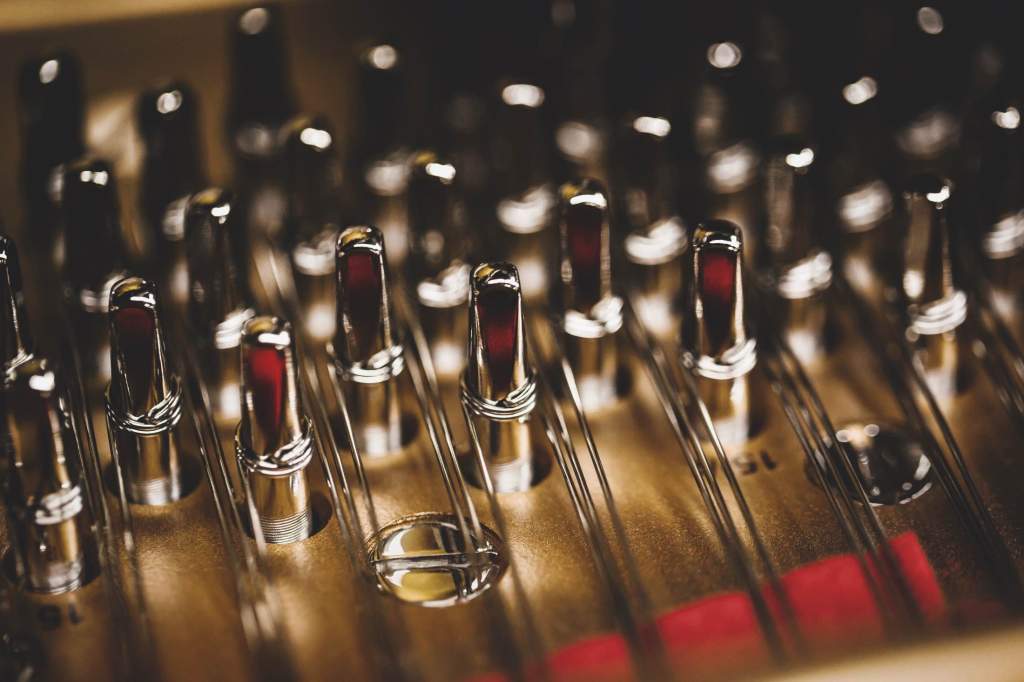 While most quality control professionals seek uniformity between a brand’s products, Wunstorf is looking to make each piano distinctive in character. “I don’t know where or who the instrument is going on to – but I do get huge sheets full of notes with requirements for sound characteristics,” she says. “They even want specific notes on a keyboard to sound a certain way. So it’s not the key I’m checking – it’s the flavour, how the touch feels, the relationship between player and instrument and what they can get out of it. It all needs to be harmonious, and this is different for every customer.”

Wunstorf, whose nickname is “The Ear”, demurs when asked if she’s an accomplished pianist herself. “A musical ear is not really the most important part about this job. More important are steady nerves. I have to hit sounds all day – some of them pretty, others discordant.” 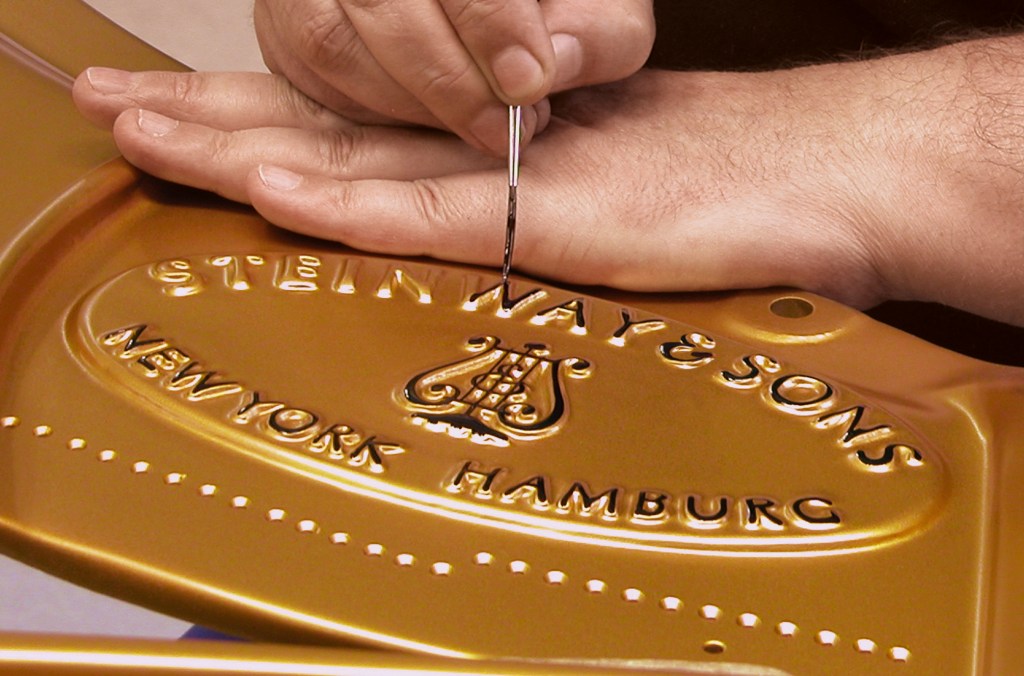 There’s little else discordant about the day-to-day activity in this remarkable production facility: one in which the visitor will soon deem the instruments being created, which can cost as much as £100,000, to be a sound investment indeed.