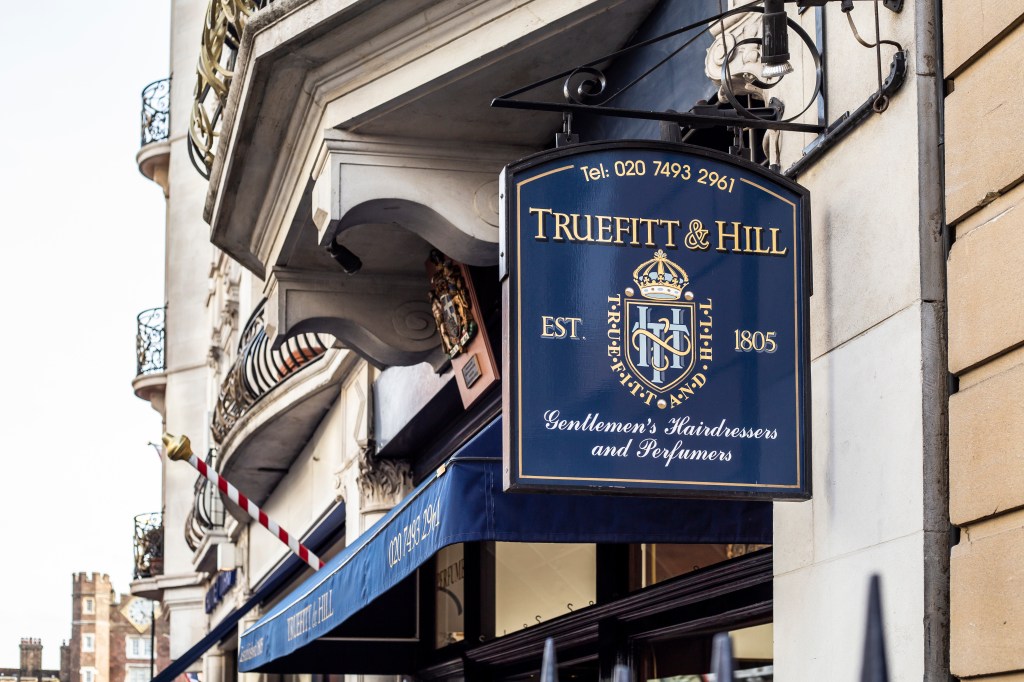 Founded in 1805, on the day of the Battle at Cape Trafalgar, it’s been given the title of the ‘Oldest Barbershop in the World’ by the Guinness Book of World Records. It’s a grooming Mecca whose doors have been darkened the likes of Lord Byron, King George III, Winston Churchill and The Duke of Edinburgh. We asked Truefitt & Hill’s Director Joanna Broughton about the continuing relevance, here in 2019, of a bastion of tradition.

How important are institutions which encapsulate the elegance of yesteryear in a modern urban environment?
There’s no doubt that the feeling of nostalgia is running deeply in the psychology of today’s consumer and that the heritage brands, which encapsulate values of yesteryear and which have managed to retain their individuality and authenticity, are experiencing significant growth in popularity. The whirlwind of globalisation has robbed the modern urban environment of diversity, and left high streets across the globe dominated by the same brands, offering the same foods and selling the same products. Against this backdrop, the resurgence of the niche brands offering unique proposition is gaining importance.

The consumer is also questioning the true meaning of the word ‘luxury’ and no longer regards a price tag as the sole indicator of the product’s quality and desirability. The search for goods and services which offer individuality and traditional values; which recapture the spirit of fading ideals of what luxury really should represent; which reinterpret traditional savoir-faire with an offering that combines innovation, ethical business practice and which is characterised by authenticity, diversity as well as spirit of exclusivity – [all of these factors] weave together into a retail fabric that becomes increasingly important in today’s challenging retail environment.

How does Truefitt & Hill’s history and heritage affect its approach here in 2019?
We’re extremely fortunate in having such a rich and diverse heritage, which has laid such firm foundations for our success and for further growth in the decades to come. There’s no other company in the world, which combines grooming expertise, experience and tradition going back two centuries. This is the base from which we look to the future, in which original and innovative product development, as well as the importance of staying relevant at all times to the needs of the modern male, lead the way. We pride ourselves on our services and products which have a worldwide following and which are the cornerstone of our global expansion. Truefitt & Hill has proved to be a concept that transgresses global borders and the rapid growth of T&H stores across the world bears testimony to the popularity of the brand. We do not provide just products or services, we offer an experience – an experience of a deeply engrained male grooming tradition, which has endured for centuries and is here to stay.

How do you go about creating products, fragrances etc which reflect the company’s heritage?
While product names often evoke the elegance and spirit of a bygone era, and are connected with the events in Truefitt’s history, product formulations are very much 21st century, designed to deliver real results. A very good example is the recent launch of our hair styling lines, seamlessly blending past with the present – the package design has been inspired by Truefitt products recovered from the wreck of the Titanic, and product names of this range reach deeply into our past, while the product formulations incorporate the latest technological advances.

Why are younger men now becoming enamoured with traditional tenets of appearance – in suiting, in shoes and of course when it comes to wet shaving, fragrances, facial treatments and so on?
The perception of masculine good looks has undergone tremendous transformation in recent years. Men recognise the importance of being flawlessly groomed, not only in context of their professional careers, but also from the prospective of their social lives. Men no longer consider perfectly manicured fingers as somehow detracting from their masculinity. Sartorial and grooming choices are indicative of a new lifestyle culture in which being well groomed is an integral part of being a gentleman, a successful professional or a businessman.

Do you expect Gen Z to embrace the same values?
I think Gen Z is caught between a conflicting duality – traditional and non-conformist ideals. Social research indicates that their focus is increasingly shifting towards traditional values, an attitude which has earned this generation another name – the ‘pivotal’ generation. Although socially and technologically empowered with strong liberal viewpoints, they’re driven by traditional views on education, career advancement and financial success. As such, I think this generation will be hardworking, more entrepreneurial, more in tune with their ideals and more conscious of their unique personal identity. This attitude will affect the brands they choose to connect with and will force brands to take a stand on the issues that matter, such as human rights, equality and environmental protection.

In what places/situations do you get your best business ideas?
Often the best ideas come from the most unexpected sources! In today’s interconnected world, inspiration is all around us –  articles we read, places we travel to, people we meet, conversations we engage in, images and concepts we are exposed to… as to where and when the best ideas germinate? It varies: sometimes at my desk, sometimes during a quiet walk on the beach.

Who – dead or alive – are your major inspirations?
It’s impossible for me to reduce the list of business icons I admire and draw inspiration from, to just a few names…  I’m inspired by people who use their influence to make a difference in the world, by ideals and concepts many of them represented, such as the importance of being opened minded, refusal to be hemmed in by convention, being honest and fair, by motivation, perseverance and purpose of action. To quote one of the icons of all times, Albert Einstein, I feel we should all “Try not to become a person of success, but rather try to become a person of value.”

Seahawks, Blazers to be Sold by Allen Trust Within ‘10 to 20’ Years