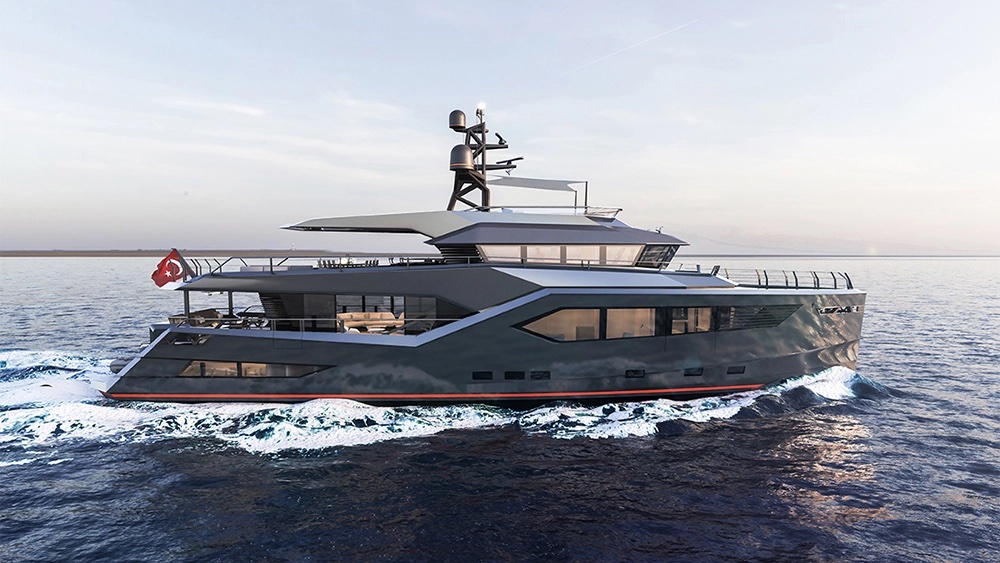 Vripack is ready to rock (again). Following the success of its 79-foot explorer yacht Rock, the Dutch design firm has unveiled two larger models to make a fully-fledged Rock series.

The vessels, known as Rock XL and Big Rock, measure 108 feet and 138 feet, respectively. Both share their predecessor’s masculine DNA, yet are bigger and more robust. If the first design was a rock, consider these two boulders.

While Big Rock remains under wraps—for now, at least—Vripack has just shared all the juicy design details (and some renderings) of Rock XL.

“We took all the key elements of the Rock and made it bigger and better,” Vripack designer Robin de Vries said in a statement. “And that may sound simple, but at the core of that premise is an evolved owner and guest experience.” 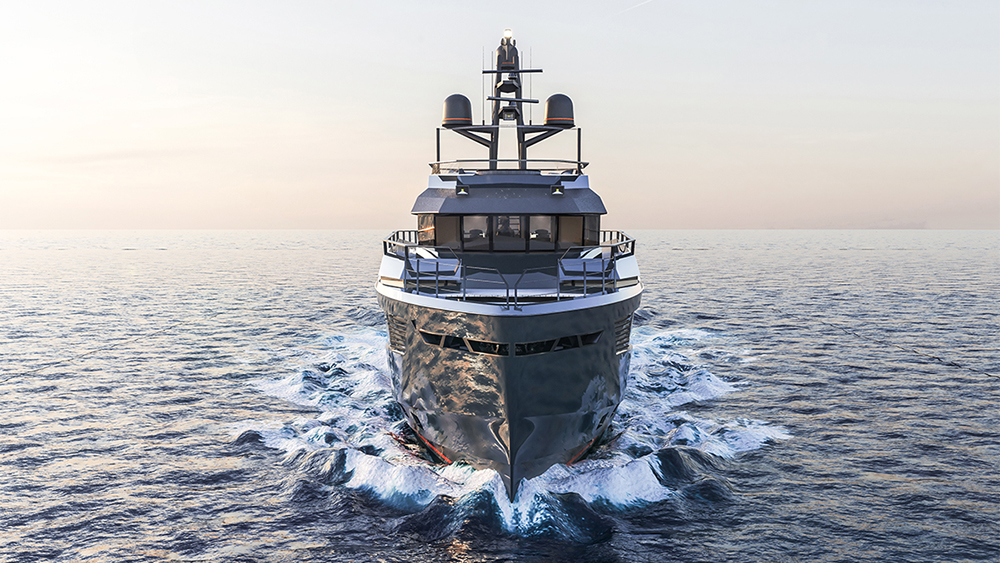 The most noticeable difference is, of course, the additional space. Rock XL has an impressive interior volume of 265 GT and offers owners 50 percent more living space than the original Rock. The firm also honed the open-plan layout to give more fluidity and Feng Shui. “We gave everything a bit more room to breathe,” adds Robin de Vries.

Indeed, the guest cabins are 50 percent larger while the owner’s quarters have doubled in size. This sprawling 484-square-foot space comprises the owner’s stateroom, along with a private spa, gym, office and a drop-down balcony at water level. 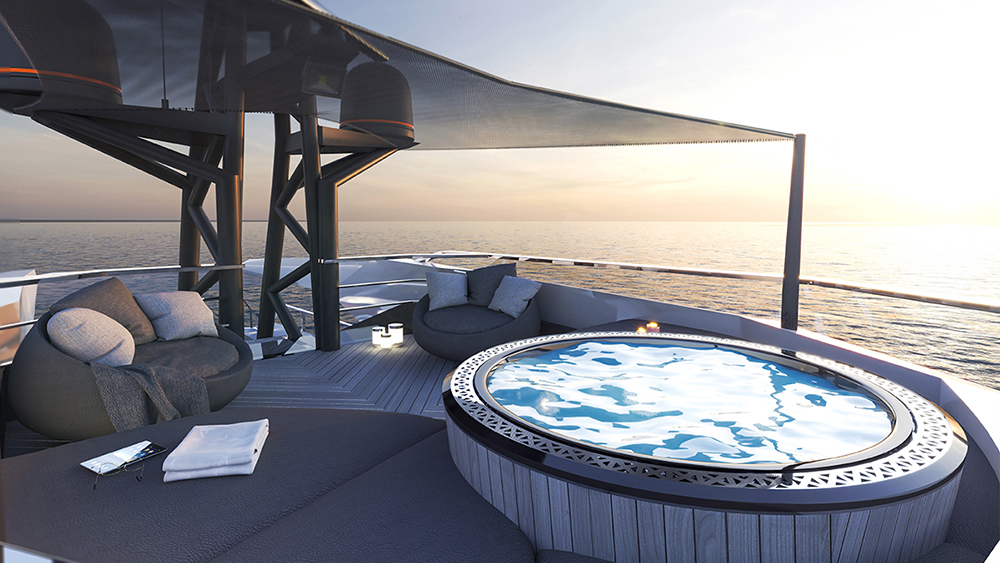 Elsewhere, the additional 30 feet in length has allowed for a supersized sky deck which comes equipped with a dedicated swimming pool and interior lounge area. Vripack says this is a truly inviting place where seafarers can sit and relax undisturbed by the crew.

Naturally, Rock XL also offers more storage space in the bow and can now accommodate an 18-foot tender on the transom. The crew quarters have also been refined.

Although no propulsion information has been shared, we imagine the two new designs will build upon Rock’s already impressive stats. Billed as the waterborne equivalent of a Land Rover, the fast-displacement steel-hulled vessel is equipped with twin 1,000 hp Caterpillar C12 engines and can reach a top speed of 16 knots. It’s also capable of covering 3,000 nautical miles when cruising at 12 knots. 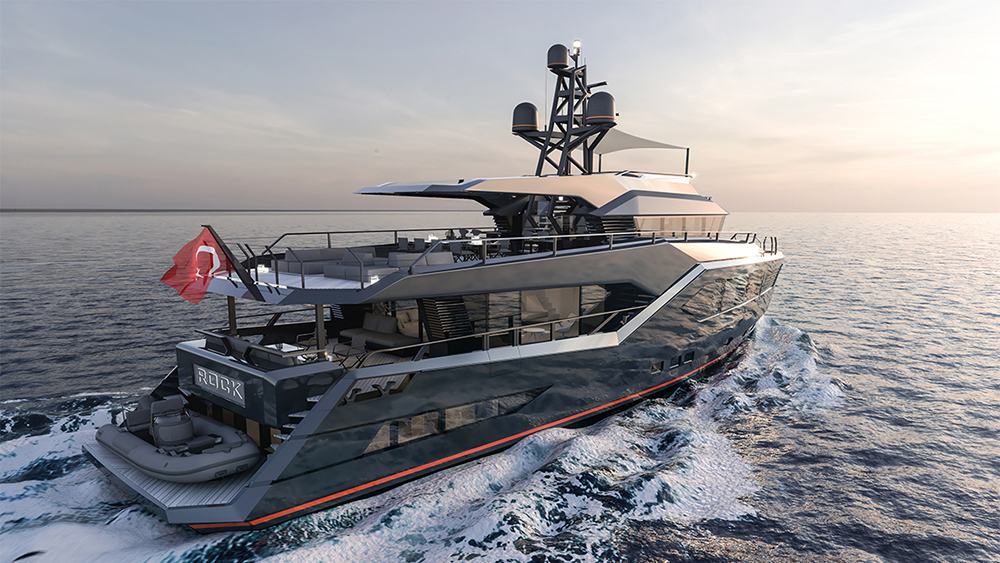 All three yachts that make up the Rock series will also feature a large amount of sustainability-focused technology implemented by Vripack and Evadne Yachts. Each will be fitted with a lithium battery pack to power the onboard amenities cleanly, efficiently and quietly.

What’s more, it won’t be long before we see more rocks skipping across the seas. The firm began construction on the first Rock XL at Evadne’s Turkish shipyard last September and also has a third 79-footer in the works.