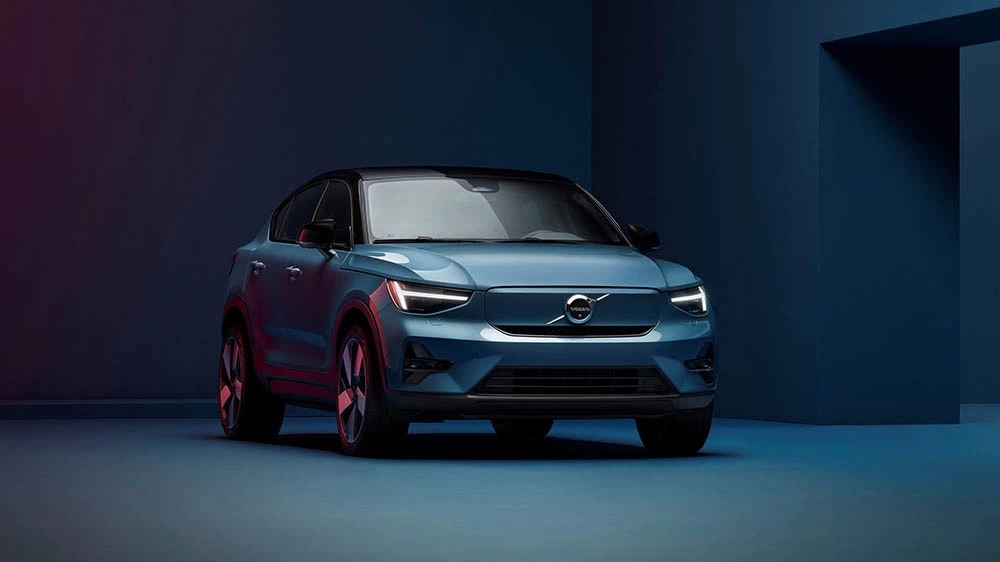 Volvo is committed to a fully electric future, and it has the new vehicle to prove it. On the same day the Swedish car maker revealed plans to go entirely electric by 2030, it also unveiled its second battery-powered vehicle: the C40 Recharge. Based on the XC40 Recharge, the fully electric crossover offers all the benefits of its older sibling in a sleeker package. 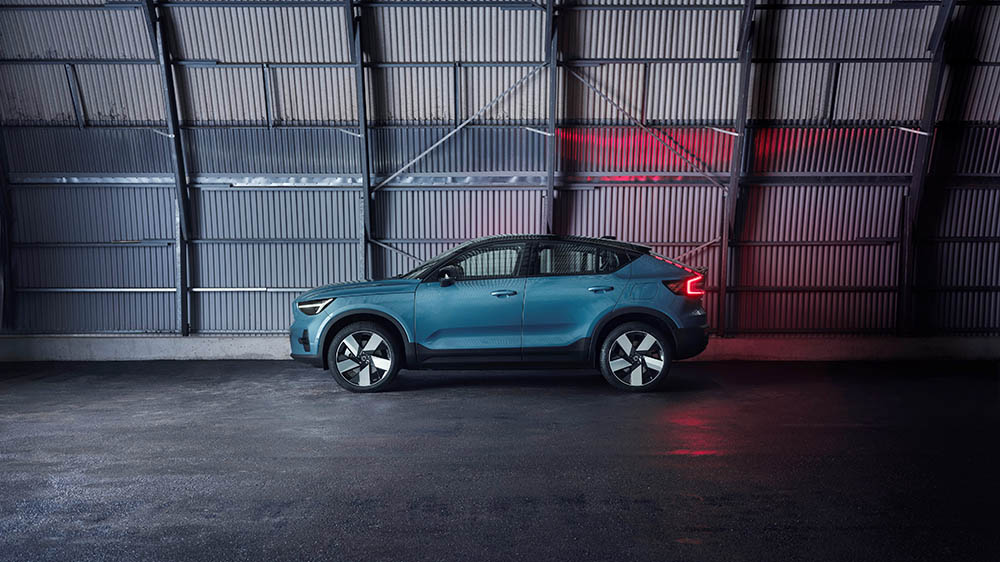 From the outside, Volvo’s new EV looks just like a reshaped version of the XC40 Recharge it introduced in the fall of 2019. While the older model looks like a traditional SUV, the automaker’s latest offering more closely resembles a hatchback. The C40 Recharge has a lower roofline—three full inches shorter than its boxier sibling—that slopes down into a hatch-like rear. That gives the vehicle more of a car-like feel, even though the two crossovers have basically the same dimensions.

The interiors of the two Recharge EVs also look nearly identical to one another, but there are two key differences. Because of the sloped roof, the C40 has less cargo volume, but only slightly less. And the interior will be completely leather-free, which is a first for the automaker. Beyond that, everything else is the same, including a  minimalist design, digital gauge cluster and a touchscreen infotainment system powered by Android Automotive that can receive over-the-air updates. 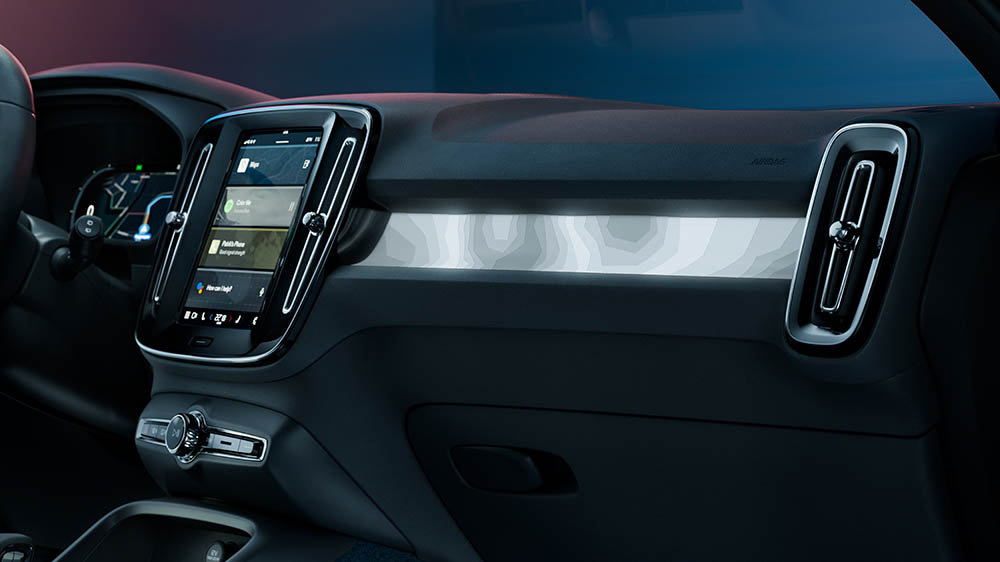 Inside the Volvo C40 Recharge. Volvo

The two Recharge crossovers are both built on the same CMA platform and share an electric powertrain. It’s a pretty good one, too, with two electric motors and a 75-kWh battery pack that combine to produce up to 402 horsepower and 487 ft lbs of torque, according to a press release. That will give the vehicle plenty of pep, allowing it to launch from zero to 60 mph in just 4.7 seconds and reach a top speed of 112 mph.

The driving range is another story. In this category, the C40 Recharge, like its predecessor, comes up a little lacking: It’s able to drive just 210 miles on a single charge. That’s not bad for an electric crossover, but its nearly 100 miles less than two of its headline-grabbing peers, the Ford Mustang Mach-E Extended Range and Tesla Model Y Long Range. Volvo has said the vehicle’s range will improve over time thanks to software updates (something which has done wonders for the Porsche Taycan’s range). As for charging, the automaker says the vehicle’s battery pack can be fast-charged from zero to 80 percent in just 40 minutes. 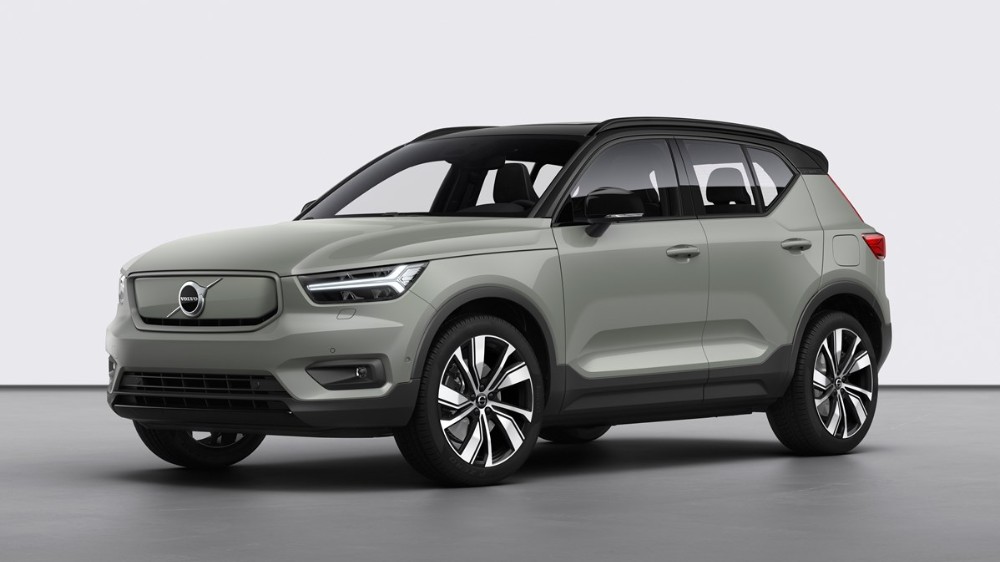 Volvo has yet to announce a release date or pricing information for the C40 Recharge. In terms of cost, we wouldn’t be surprised if it’s in the neighbourhood of the XC40 Recharge’s £50,000-plus starting price, if perhaps a little north of that. When the car does go on sale, though, you will only be able to buy it online at a fixed price, through the brand’s website. It will still be delivered and serviced through one of the brand’s existing dealerships.

As part of the C40 reveal, Volvo also announced that it plans to phase out all diesel-, gas- and hybrid-power cars completely. It will only sell fully electric vehicles by 2030. In the meantime, the brand plans to make half of its vehicles all-electric by 2025, with the rest being hybrids. 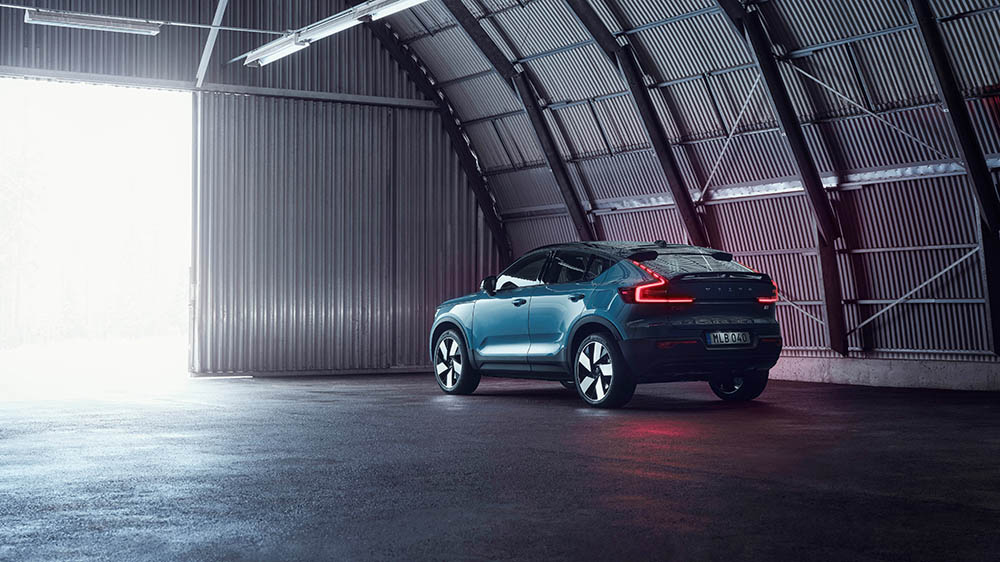 “There is no long-term future for cars with an internal combustion engine,” the automaker’s chief technology officer Henrik Green said in a statement. “We are firmly committed to becoming an electric-only car maker and the transition should happen by 2030. It will allow us to meet the expectations of our customers and be a part of the solution when it comes to fighting climate change.”

Volvo is the latest major automaker to commit to an all-electric future. In mid-February, Jaguar announced plans to do the same by 2025. Weeks before that, General Motors said it would phase out all diesel- and gas-powered vehicles by 2035, with the aim of being a completely carbon-neutral company by 2040.