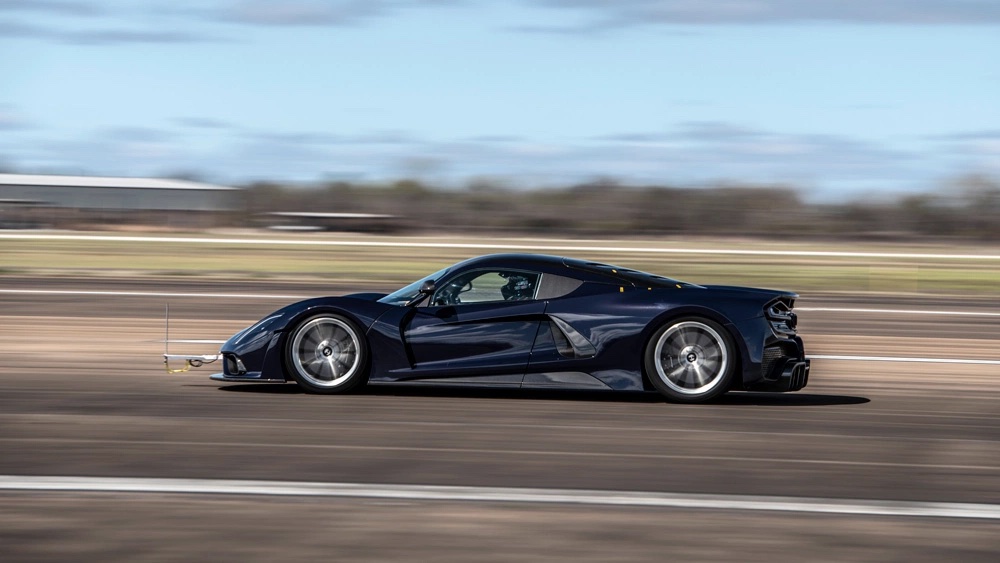 Back at the 2017 SEMA Show, when the world was given a first look at the forthcoming Venom F5 hypercar from Hennessey Performance, it was a stretch to believe the limited-production rocket would ever achieve its targeted top speed of more than 300 mph. Remember, it wasn’t until 2019 that Bugatti reached 304.77 mph with its modified Chiron Super Sport 300+ model.

With Bugatti’s run two years in the rearview mirror at this point, and SSC North America’s 1,750 hp SSC Tuatara officially clocking the average of two runs at 282.9 mph, having a production car eclipse 300mph seems imminent. This is especially the case now that we’ve seen the Venom F5 get two-thirds of the way there.

Hennessey just released a video of the F5 surpassing 200 mph during aerodynamic testing at a former US Air Force base in Arkansas. What makes the result more impressive is that the Venom F5 reached that speed while tapping into only half of its potential power. The model carries a mid-mounted, 6.6-litre, twin-turbo “Fury” V-8 good for 1,817 hp and 1,193 ft lbs of torque, but the filmed 200 mph run was achieved with the engine dialled back to 900 hp.

Hennessey is tackling the Venom F5’s development in three stages. According to the official announcement, the first phase began in February, as John Hennessey and his Texas-based team zeroed in on mechanical refinement, engine fine-tuning, steering and the real-world aerodynamic validation shown in the video. Hennessey is now embarking on the second stage of development, which involves calibrating the driving dynamics on Texas roads, as well as at storied racetracks like Weathertec Raceway Laguna Seca and Circuit of the Americas. 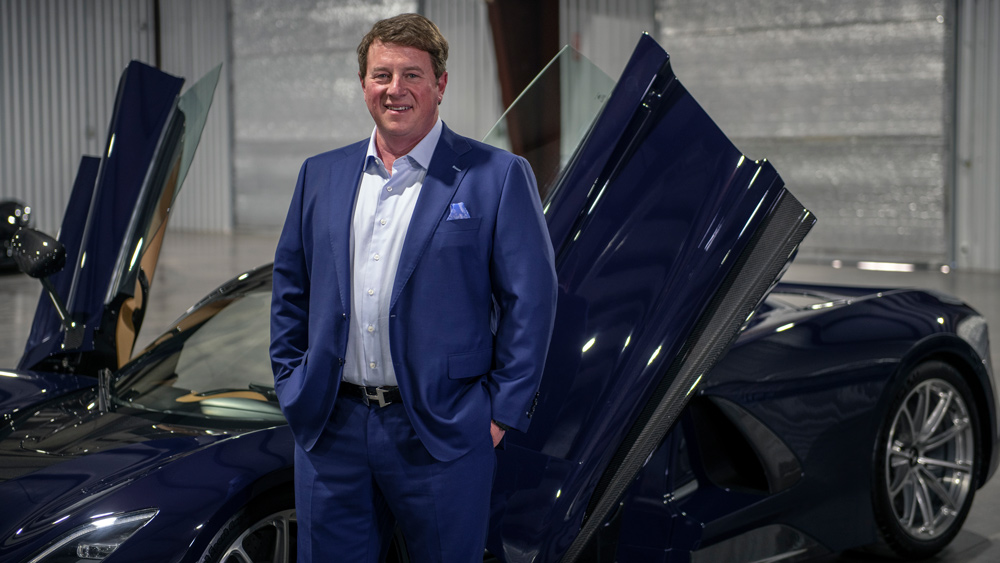 John Hennessey next to his Venom F5 hypercar. Photo by Drew Phillips, courtesy of Hennessey Performance.

The second development stage will continue through the summer, leading to the final stage in the fall. In the latter phase, engineers will further refine the F5’s full-power acceleration, high-speed stability and the crucial element of braking. As soon as everything on the punch list is checked off, Hennessey hopes to exceed a top speed of 311 mph. 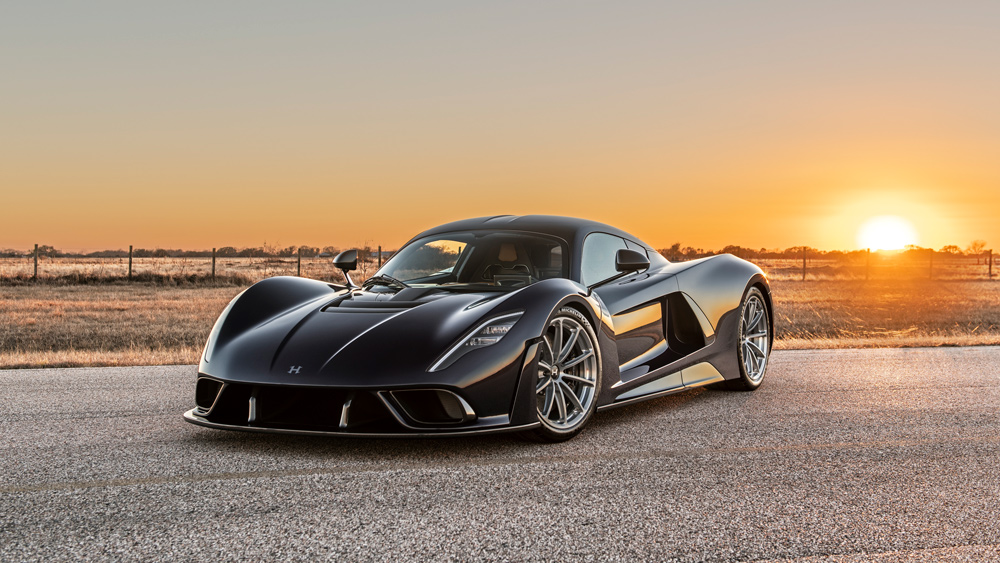 Although the model’s 6.6-litre, twin-turbo V-8 was limited to 900 hp for the recent test, the engine is good for 1,817 hp and 1,193 ft lbs of torque. Photo by Drew Phillips, courtesy of Hennessey Performance.

The Venom F5 gets the last bit of its name from the most intense category of tornado on the Fujita scale. The F5 designation is associated with wind speeds between 261 mph and 318 mph. Blowing past the competition’s benchmarks and getting close to the latter end of that range would be monumental for Hennessey, as this is the first model it has developed from the ground up. 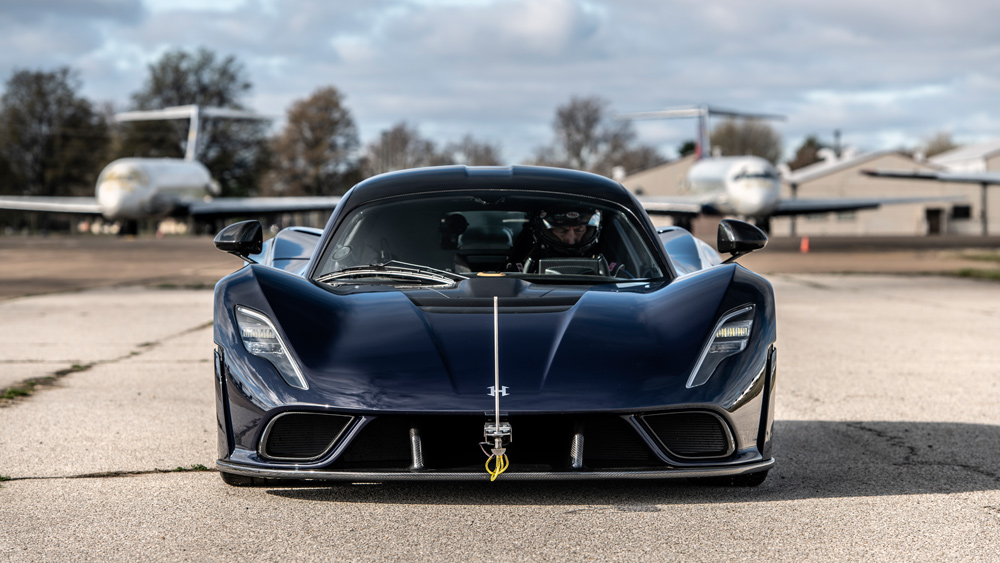 The aerodynamic evaluation was done at a former US Air Force base in Arkansas. Photo by Drew Phillips, courtesy of Hennessey Performance.

The production version of the Hennessey Venom F5 will make its global public debut at this year’s Amelia Island Concours d’Elegance on May 22 and 23, with deliveries for the £1.5 million (approx) missile expected toward the end of this year. If interested, you may have to set your own speed record in responding, since almost all of the 24 examples are spoken for.