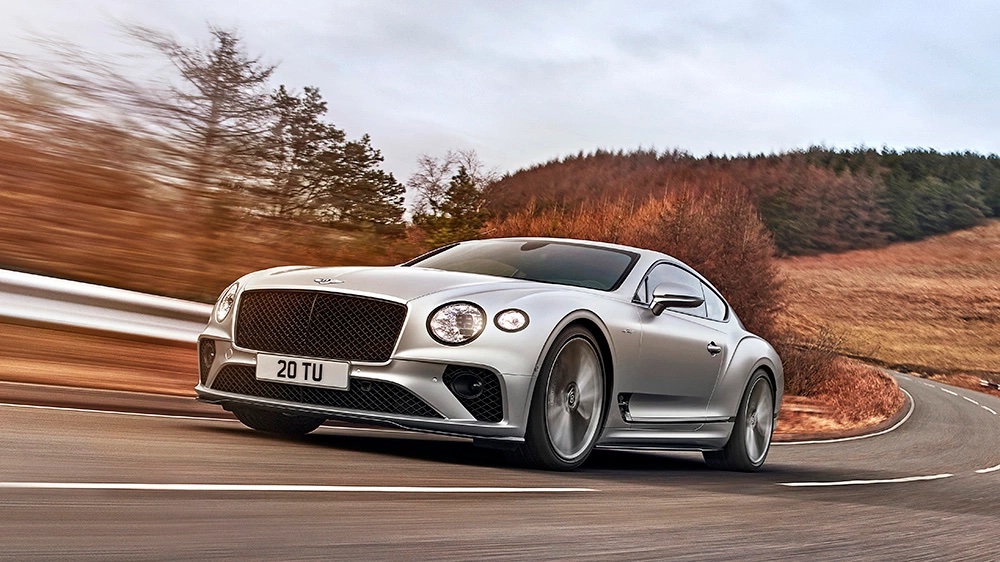 Bentley has taken a number of steps to make sure the 2022 Bentley Continental GT Speed lives up to its name. The British marque has just unveiled the new-and-improved version of its regal grand tourer’s high-performance variant. And thanks to an uprated W12 engine it just might be the most dynamic Bentley yet.

The Speed’s 6.0-litre twin-turbo W12 may not be new but it has been optimised. The specially tuned mill is now capable of generating 650 horses and 664 ft lbs of twist, according to the automaker. That’s an increase of 24 horsepower over the standard Continental GT W12, though the torque figure remains the same. Mated to an eight-speed, dual-clutch automatic transmission that has been newly calibrated to shift through gears twice as fast as before, the engine can rocket the elegant speed machine from zero to 60 mph in just 3.5 seconds, a tenth of a second faster than the base W12, and push it to a top speed of 208 mph.

Bentley has taken pains to ensure the Speed is also more driver-friendly. The variant now features all-wheel steering along with an electronic limited-slip differential. These elements combine to offer more agility and stability than other Continental GTs, especially when it comes to changing directions at low and medium speeds. Other upgrades include a three-chamber active air suspension with adaptive dampening and Bentley’s Dynamic Ride system that utilises 48-volt active anti-roll bars. Newly engineered carbon-ceramic brakes are also available, which should improve the car’s stopping power noticeably.

Inside the 2022 Continental GT Speed Bentley

The Speed’s litany of upgrades aren’t just limited to hidden improvements. The exterior has been given a subtle makeover including a Dark Tint finish on the grille, air intakes, side sills and fender arches. It also features special badging, including a Speed icon on the passenger fascia, and rides on bright silver 22-inch, trim-specific wheels. These tweaks may sound minimal but they give the coupé a much more muscular bearing. The interior has also been spruced up with the seats and steering wheel now wrapped in two-tone leather and Alcantara upholstery. You’ll also be able to choose from 15 primary and 11 secondary colours when personalising the cabin.

Although a firm date has not been set, the Continental GT Speed is expected to go on sale later this year. We’re still waiting on pricing information, but expecting a significantly higher than the traditional GT model.