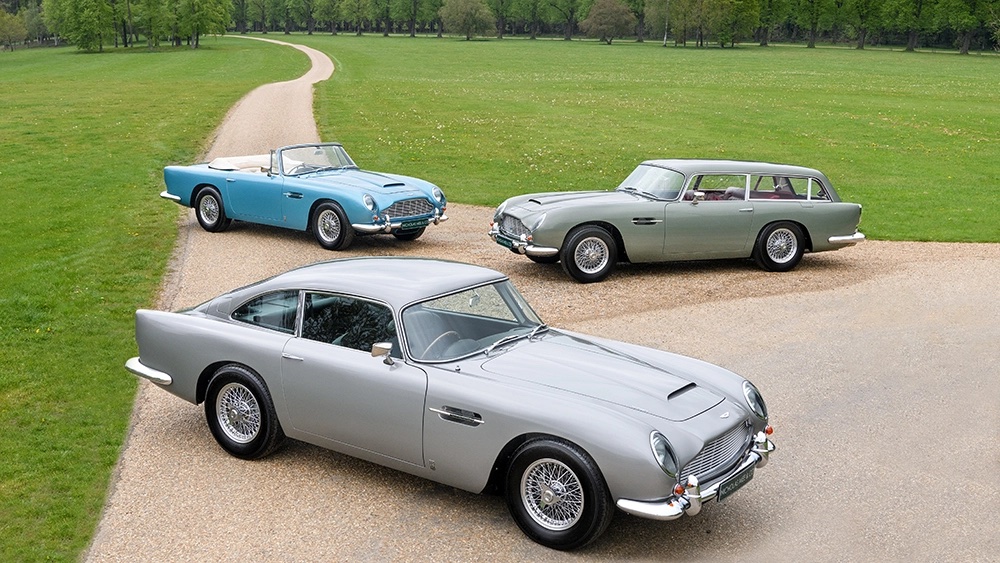 What’s better than one Aston Martin DB5? Three, of course. And, in a fortuitous twist of automotive fate, Nicholas Mee & Co. is offering collectors one such pinch-yourself trio for a handsome multimillion-pound fee.

The DB5 is arguably the most iconic British car of all time and the weapon of choice for a certain famous secret agent. With roughly 1,000 in existence, getting your hands on one is no easy feat. In a deal that would make James Bond himself swoon, the Aston Martin specialist has listed three mid-1960s rarities for £4 million.

These aren’t just any old DB5s, either. Each car is one of the performance-enhanced Vantage versions of which the marque made less than 70. The Vantage boosted the regular DB5’s six-cylinder engine by 43 hp for a total output of 353 hp and a zero-to-60-mph time of 6.5 seconds, which was wholly impressive for the time 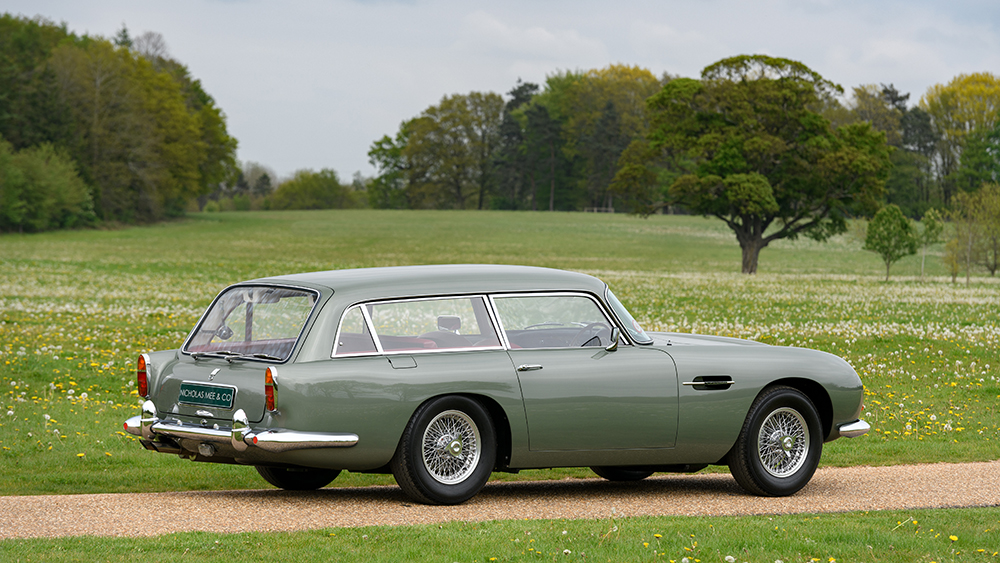 The trio comprises every body style, including a coupé, convertible and shooting brake, just for good measure. Naturally, all have been painstakingly restored by Aston Martin specialists and are presented in immaculate condition.

While each four-wheeler is a stunner in its own right, the standout is the one-of-one shooting brake. It was reportedly built especially for Aston Martin’s then-chairman David Brown to give him a little more space to carry his dogs and polo gear than the regular DB5. Fellow collectors fell in love with the station wagon and the automaker subsequently produced another 11 or so, though this is the only one built to Vantage specs. The vintage ride features a hand-crafted aluminium body by Harold Radford & Sons and features California sage paint over red hides. 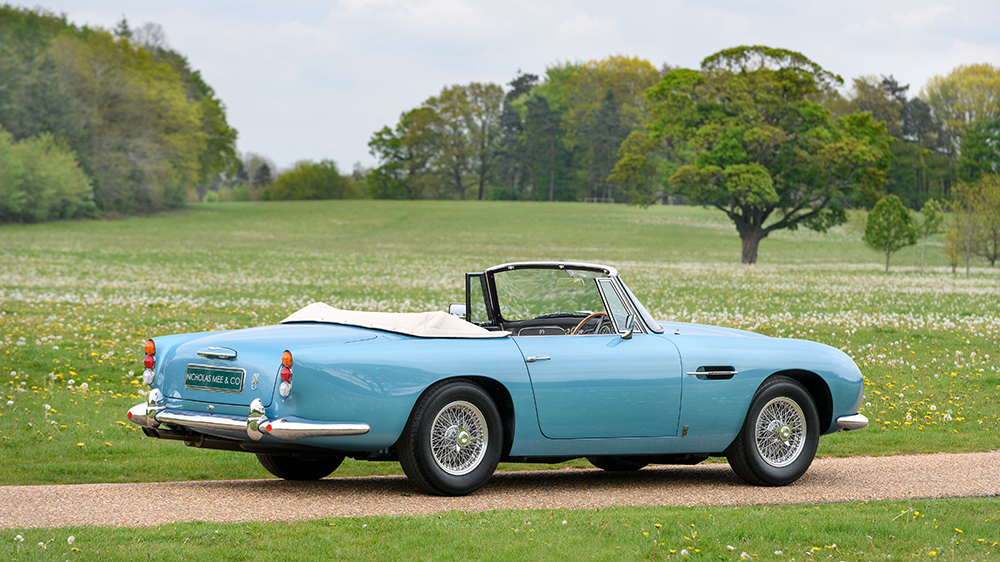 Next up, the DB5 convertible. Limited to 123, this icon of the Swinging Sixties was favoured by the likes of Ralph Lauren and Peter Sellers. Only five were finished to Vantage specification, making them especially coveted among collectors. The one listed here sports a Caribbean pearl blue exterior with a white gold hide interior.

Known as the most famous car in the world, the DB5 Vantage coupé is synonymous with 007 and emblematic of the marque itself. This particular model sports the same colours as Bond’s with a Silver Bitch exterior and black hide interior. 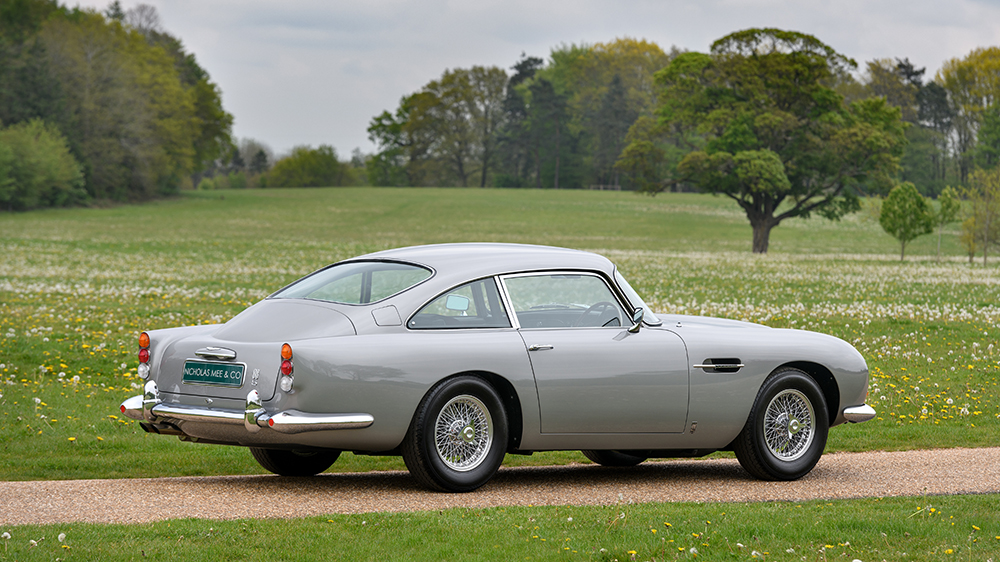 “In the 40 or more years I have been dealing in Aston Martin cars, I have never been more excited than to offer this fabulous collection of iconic DB5 Vantages,” founder Nicholas Mee said in a statement. “Each one of them extremely rare, they are all in a beautifully restored condition and we are delighted to bring to market, this once in a lifetime opportunity for a collector to invest in this unique DB5 Vantage collection.”

The three cars will be presented at the London Concours event that’s being held June 8 through 10 and can also be viewed at Nicholas Mee & Co.’s Hertfordshire showrooms. Best clear some room in your garage.

Check out more photos of the trio below 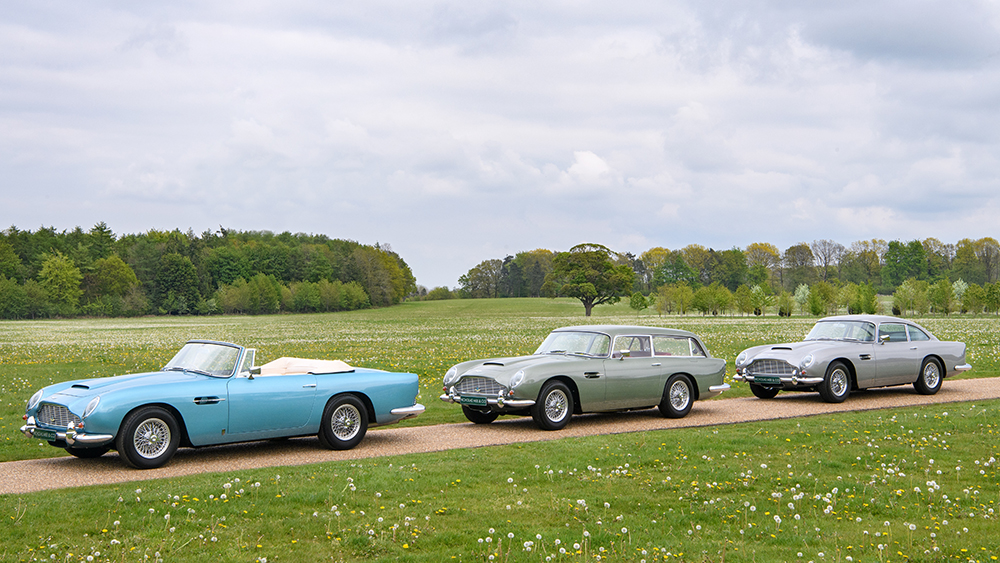 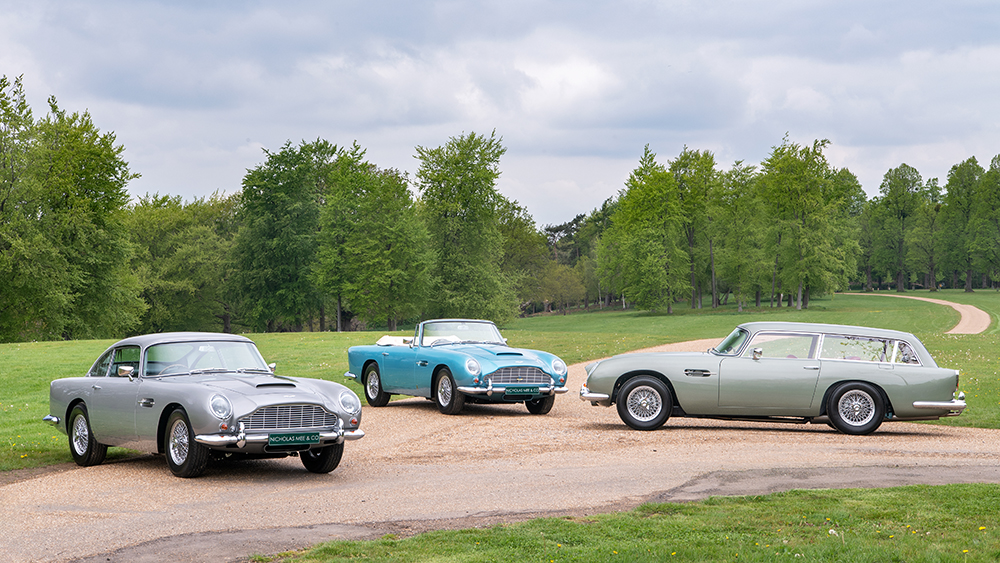 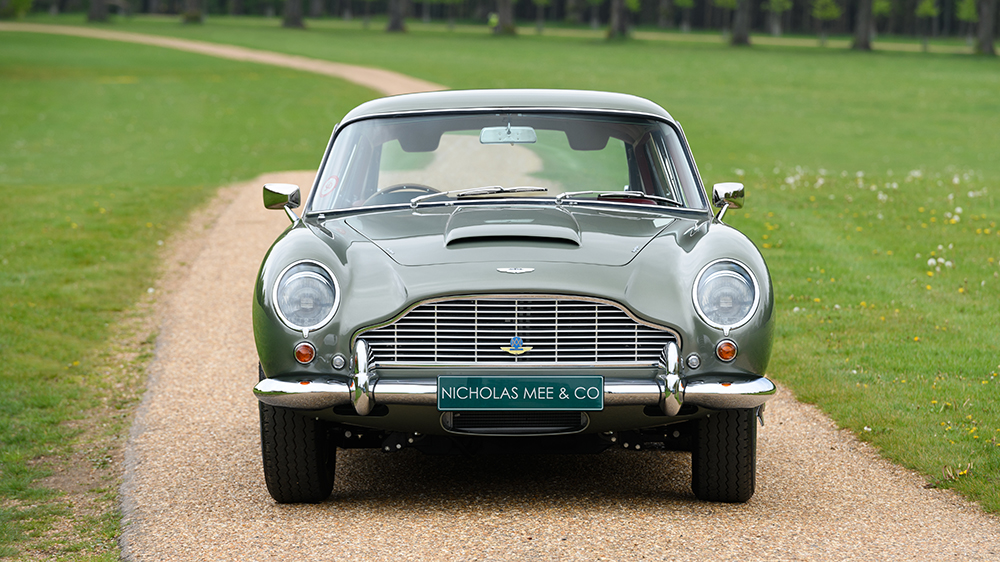 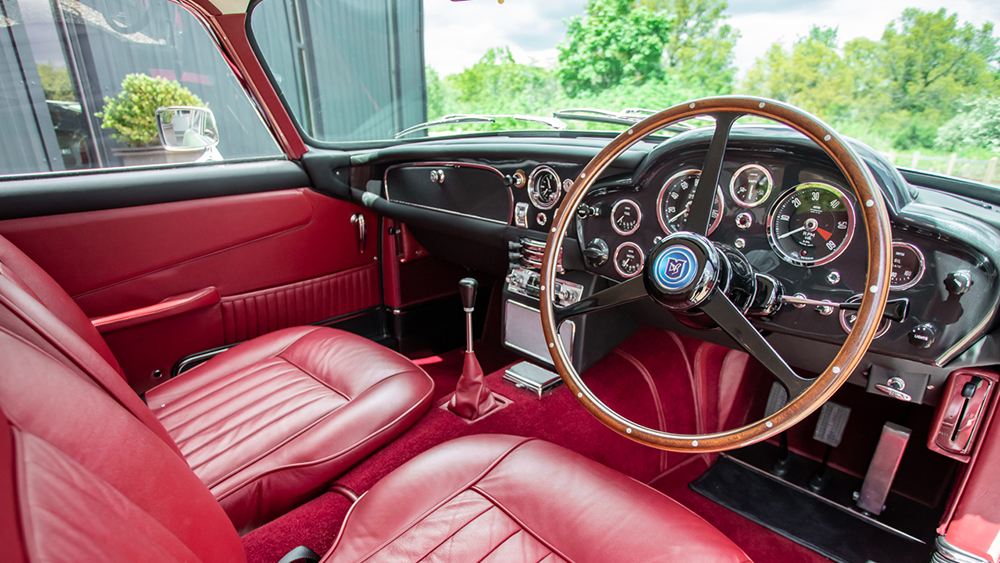 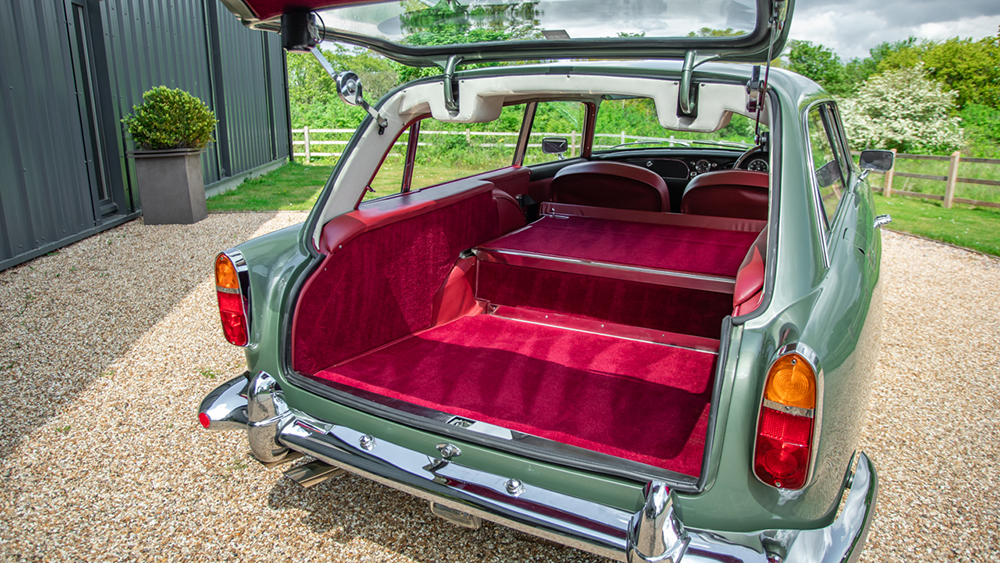 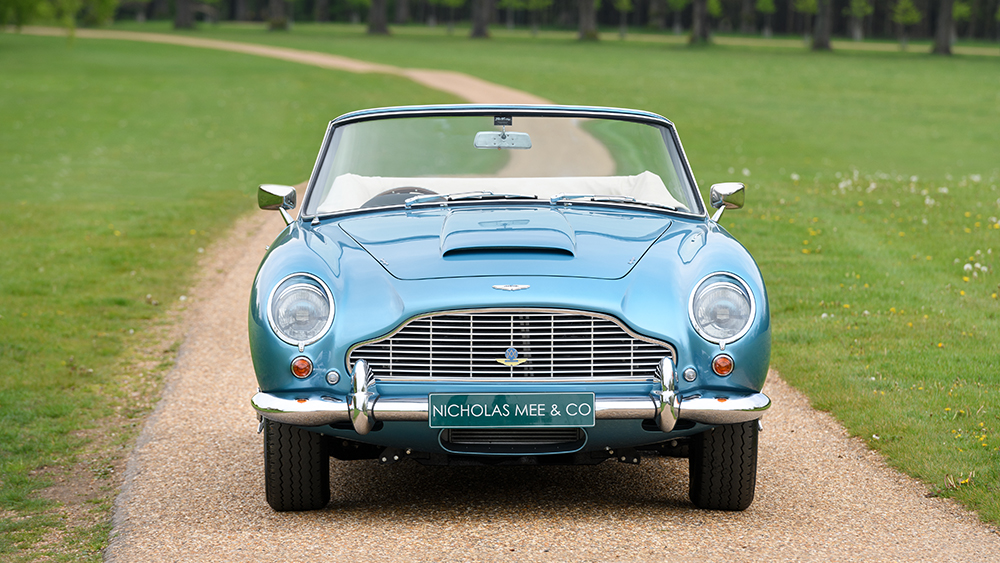 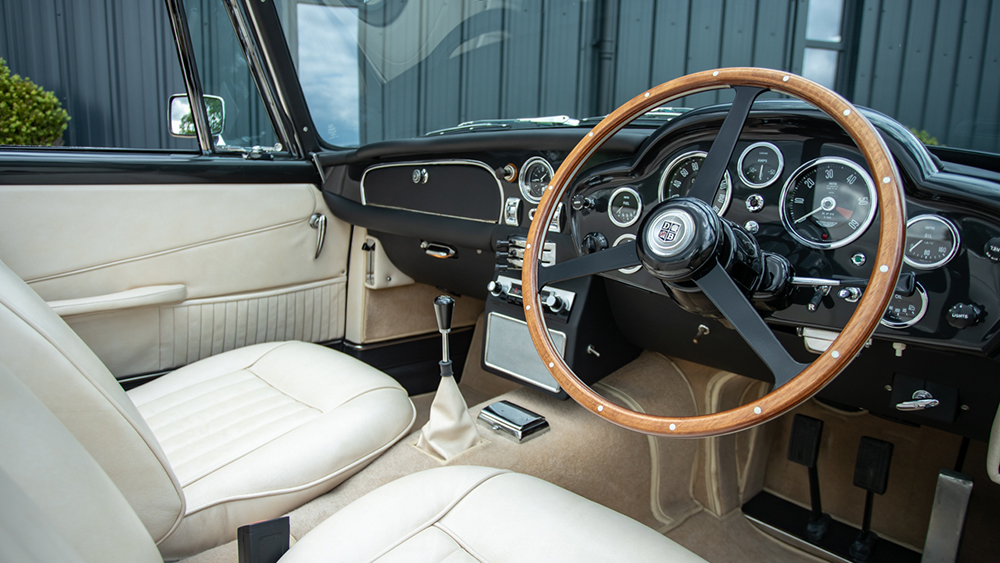 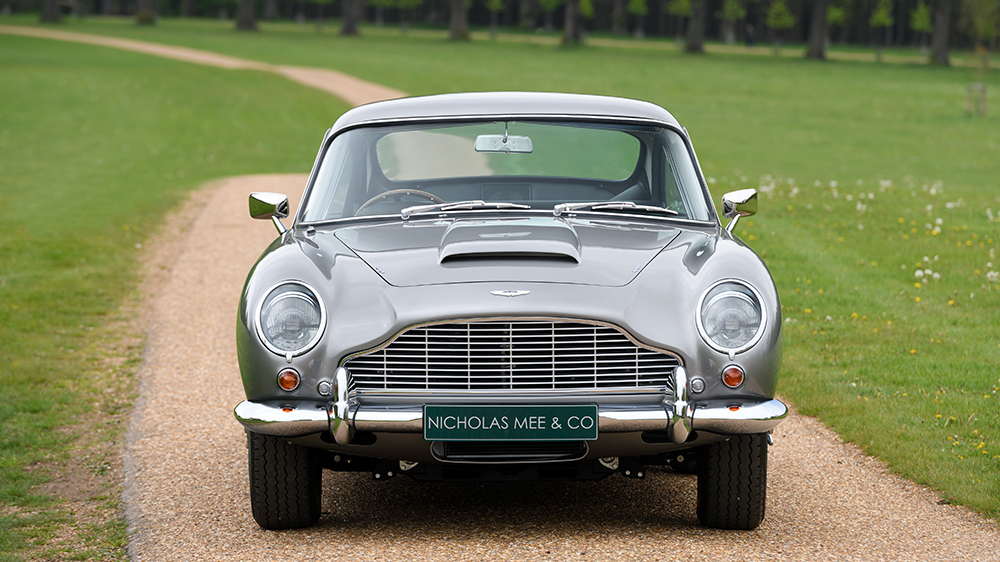 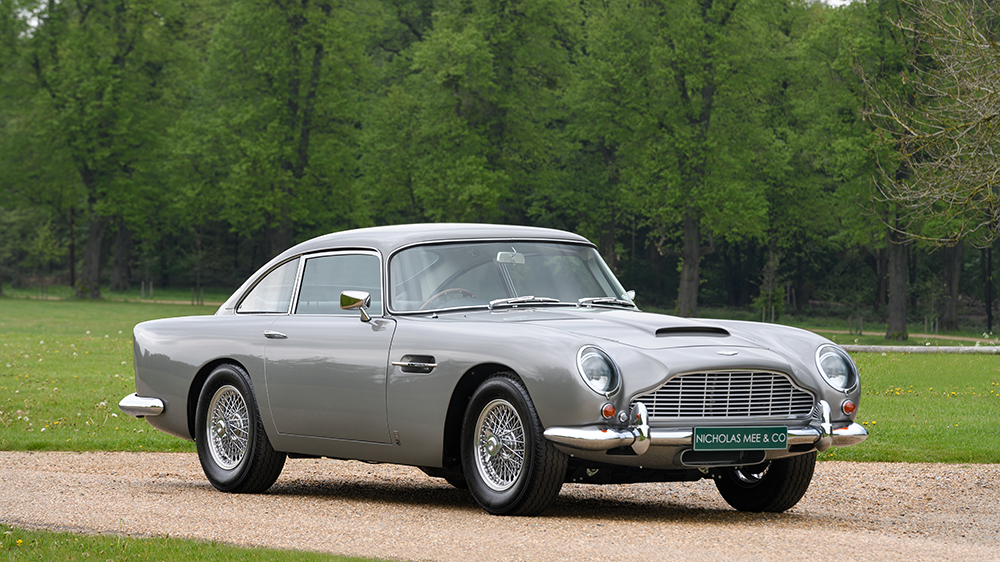