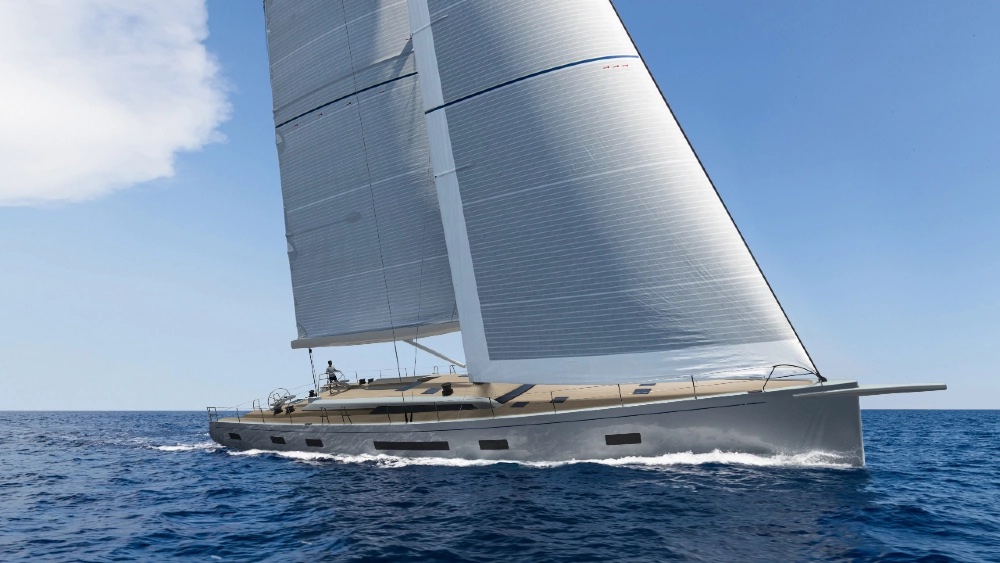 The 88 Nautor’s Swan is the latest addition to its line of sailing superyachts, and the new entry point for the builder’s Maxi line. The yacht has an elegant, minimalist exterior by German Frers, the brand’s longtime designer, with equal focuses on cruising and Maxi racing.

“The new model is an evolution of the previous models, but for this one we’ve done a complete study for the balance, the performance, the position of the rig and the shape of the sails,” said Frers at a recent press conference. “According to the results of these studies, we designed the hull.”

Balance is key to this sailing yacht’s persona, from the deck to the hull beneath the waterline. The topsides is separated into four areas—foredeck, guest cockpit and helm area, all the way aft to the transom platform, which folds out to become a beach club. Frers was careful to design innovative features into the exterior, including “coach-roof” covers in the guest cockpit that are positioned over two lounges along the sides. The coach-roof is a clever play on a traditional bimini top, offering protection from sun and rain with a more elegant look. The section’s modular benches can be arranged in multiple setups, including for dining or cruising under sail. 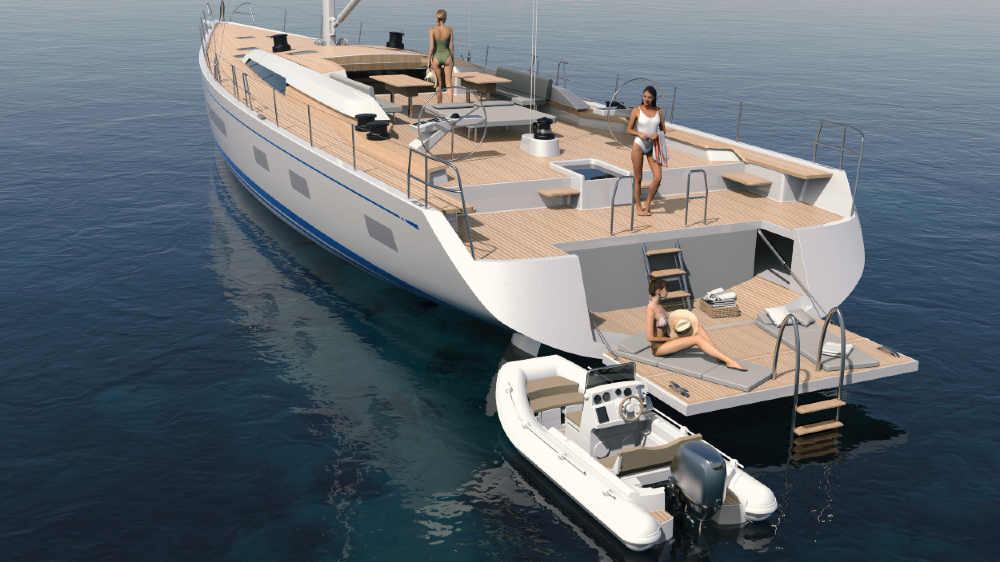 The four topside “zones” include a rear fold down beach club at the stern and an amidships guest cockpit with clever design features. Courtesy Nautor’s Swan

Designer Misa Poggi’s interior, which she describes as “comfortable, harmonious and magical,” includes multiple windows and hatches to increase the natural light throughout the cabin. The five-stateroom configuration comprises a master suite with a large head, a guest VIP cabin (that can be converted into a television lounge) and three guest cabins. At the aft end is a galley and second dinette as well as the crew quarters.

Though they are exceptional racers in the superyacht class, Frers’s Swan Maxis have always been about maximising comfort. The 88 is no exception. Frers designed underwater appendages that are optimised for cruising, including the owner’s choice of keels—shallow-draft, telescopic and performance—while its twin rudders deliver improved balance while sailing. The 88 is designed to have a soft ride, even in rough seas, with a heeling angle of no more than 20 degrees.

The newest Swan will serve as the entry yacht for a line of even larger, next-generation Swan Maxis. The Finnish builder currently has four other Maxi sizes under construction, including two Swan 98s, a Swan 120 and a ClubSwan 125. 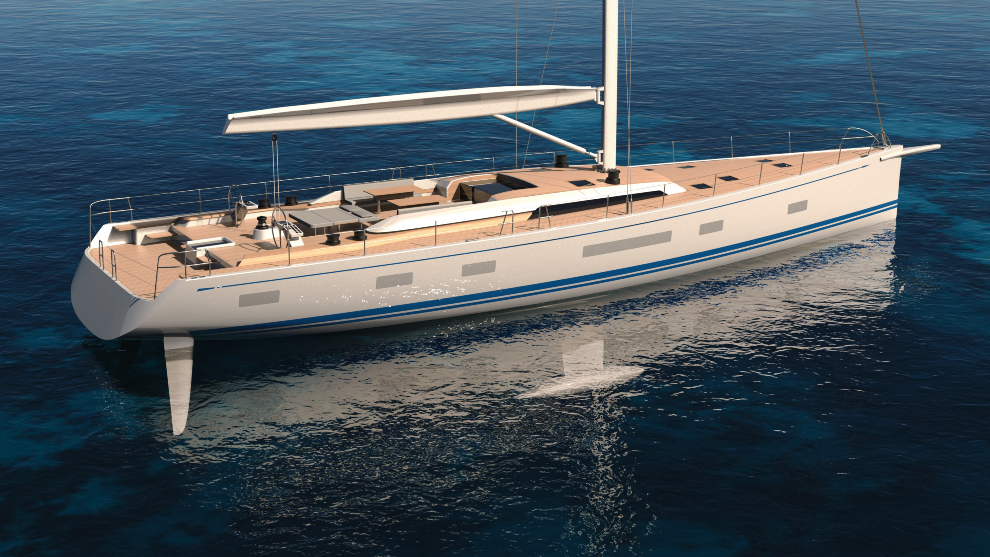 The appendages, including the rudders and telescoping keel, give the yacht an unusual balance for both racing and ocean cruising. Courtesy Nautor’s Swan

CEO Giovanni Pomati says his company is also working on hybrid-electric propulsion for the Maxi range as well as updating existing models to meet new emissions requirements that come into place this year. “There’s always something brewing at the shipyard,” Pomati said during the press conference.