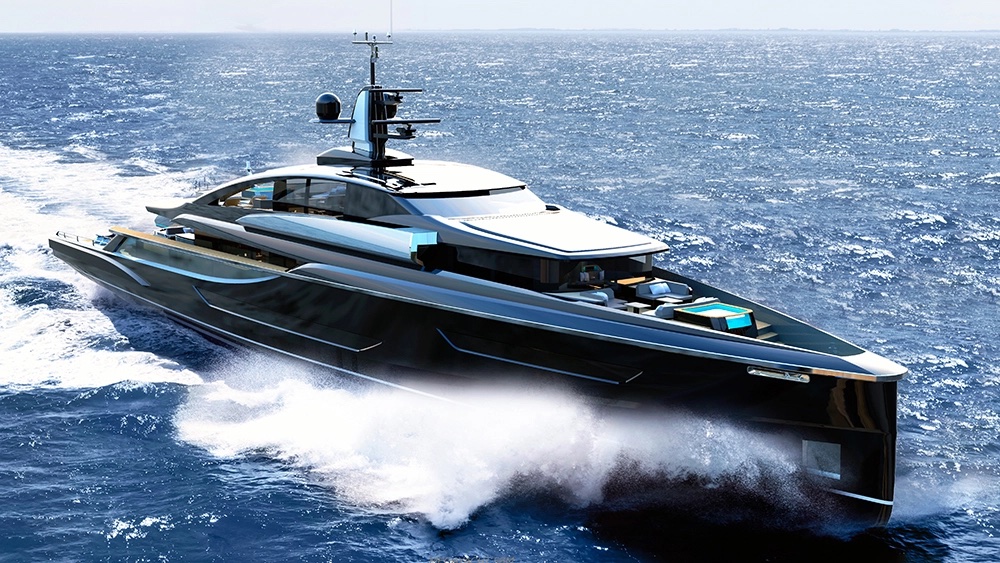 Designing a superyacht was the mission, and Vom Creations chose to accept it. The Slovenian design firm has just unveiled a new 190-foot explorer concept inspired by the Mission Impossible films and, needless to say, it packs a punch.

The 190-footer, dubbed Mr. Hunt, was fittingly named after the £2.5-billion-plus franchise’s quick-witted protagonist Ethan Hunt (played ably by Tom Cruise) and is equipped with everything a world-class spy needs. It was actually penned for a competition held by BOAT International that ran earlier this year, but the team subsequently decided to turn into a fully fledged explorer designed to tackle the high seas.

In addition to the six-film series, Mr. Hunt takes cues from the SS Vega, which was the first yacht to voyage through the North-East Passage. As such, the vessel sports a near-vertical plumb bow to power through ice, along with a cutting-edge hydrogen propulsion system for clean and efficient cruising. Mr. Hunt is also equipped with a set of solar panels on the roof that can power the onboard electronics while you and your friends explore the farthest reaches of the globe.

Onboard, the tri-deck vessel was designed to offer as much outdoor space as possible so seafarers can enjoy the ocean views. “The team was mostly inspired by the scenery you can see in Mission Impossible movies, therefore the most outstanding feature had to be the openness of the yacht towards the outside,” Vom Creations said in a statement. 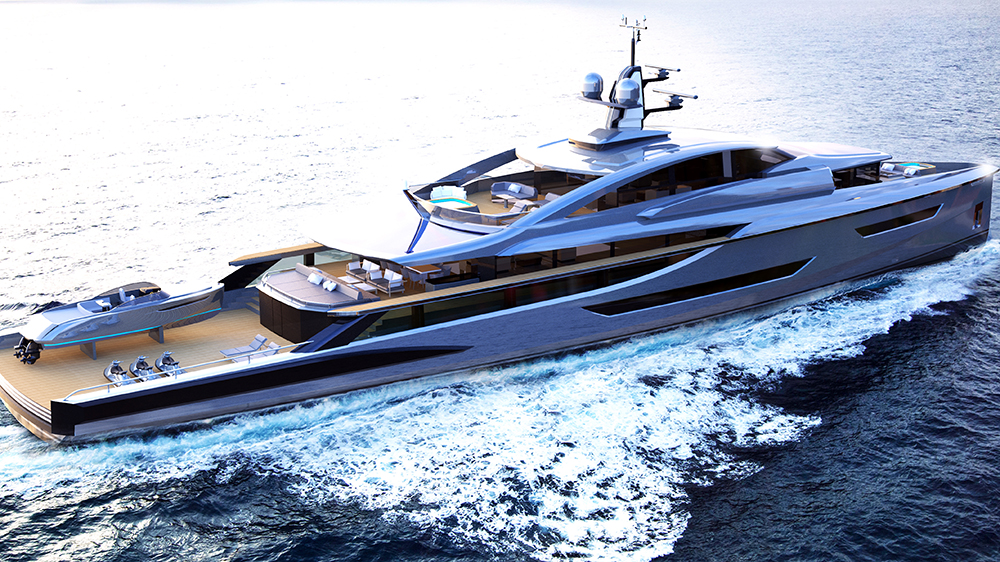 The 190-footer sports a near-vertical plumb bow to power through ice. Courtesy of VOM Creations

The bow features a dedicated lounge area with the requisite jacuzzi, while the aft offers a sprawling sky lounge with a fully stocked bar and yet another jacuzzi. Elsewhere, the main deck features a large expandable platform at the stern where espionage-style gear can be stored, including two tenders and three powerful JetSkis. This means they can be easily accessed should one need to make a quick escape. And while we haven’t seen renderings of the interior, its description certainly sounds comfortable. The vessel can sleep a total of 10 guests across five cabins, including one master stateroom with direct access to the bow jacuzzi and four VIP suites. Guests will have access to a sauna, library and other luxury amenities. (There’s also space for 11 crew.) Sounds like the perfect place to chill while in between missions.

Check out more photos of Mr. Hunt below 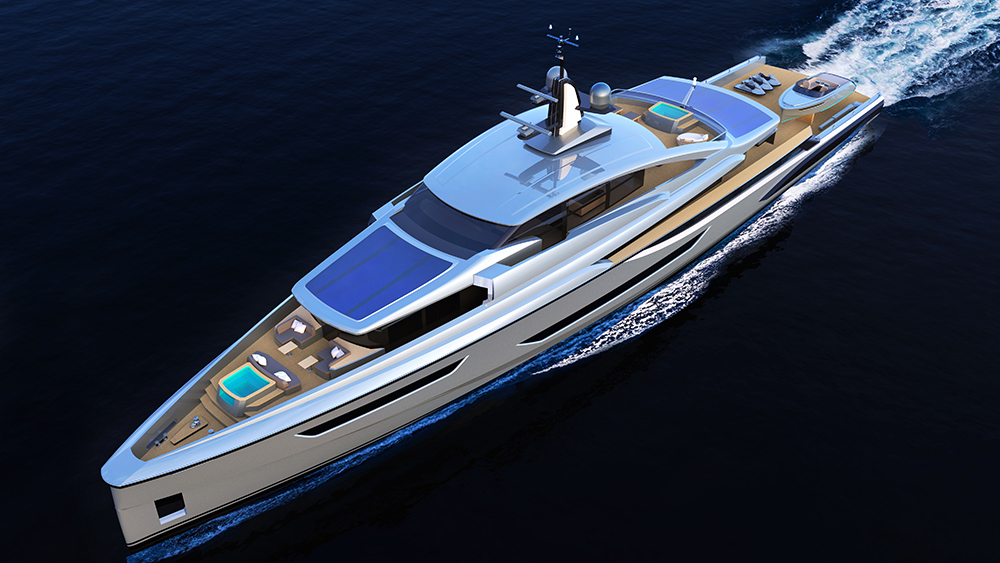 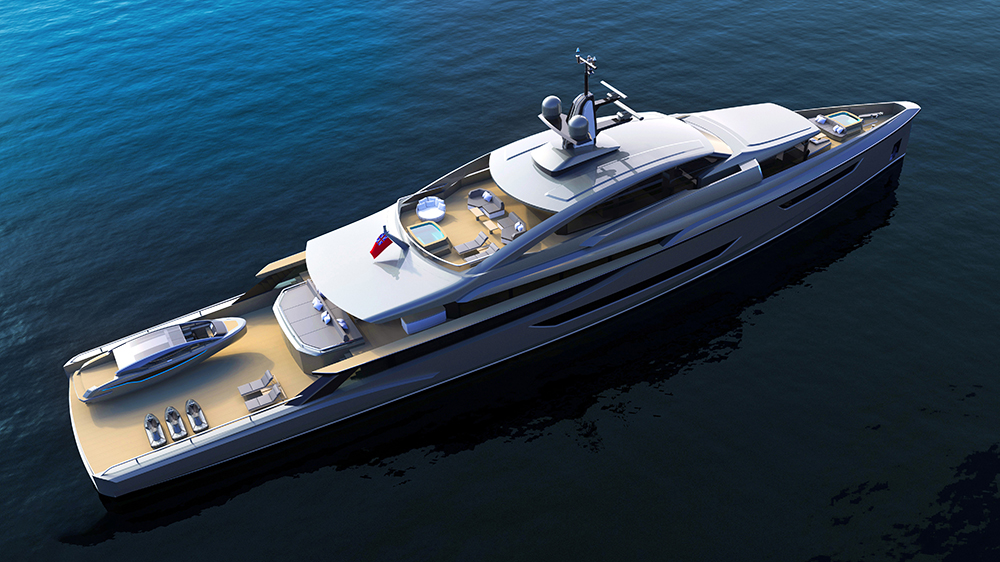 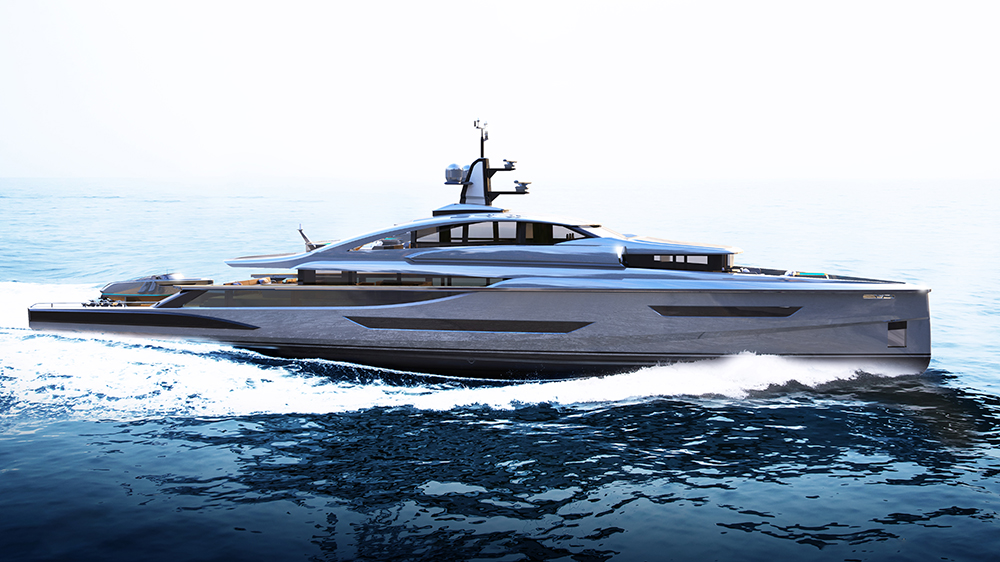 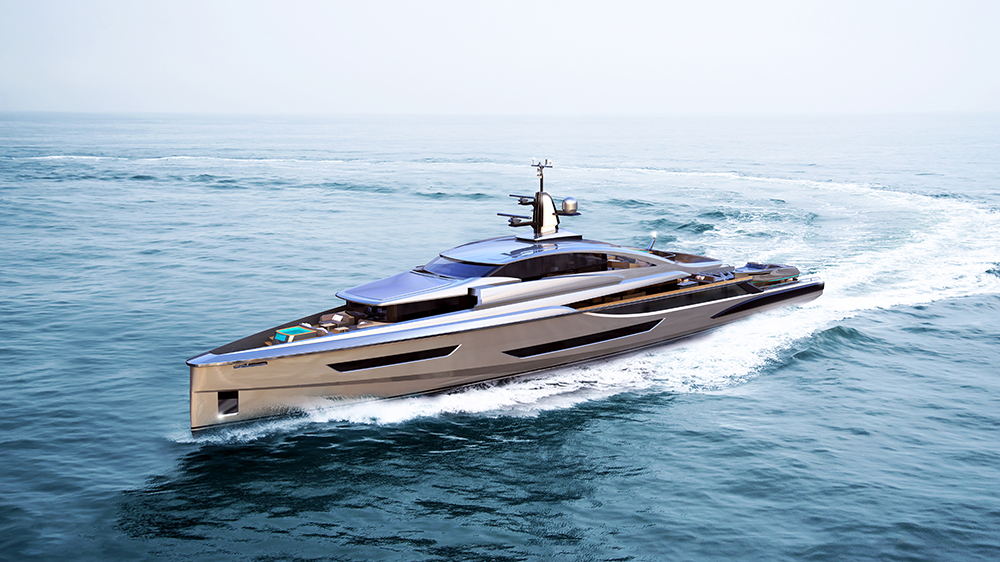 The Petrol Engine Is Dead. The Electric Revolution Is Stepping Up A Gear

Test Drive: Bugatti’s Chiron Pur Sport, A 1,500 HP Brute With the Agility of a Dancer