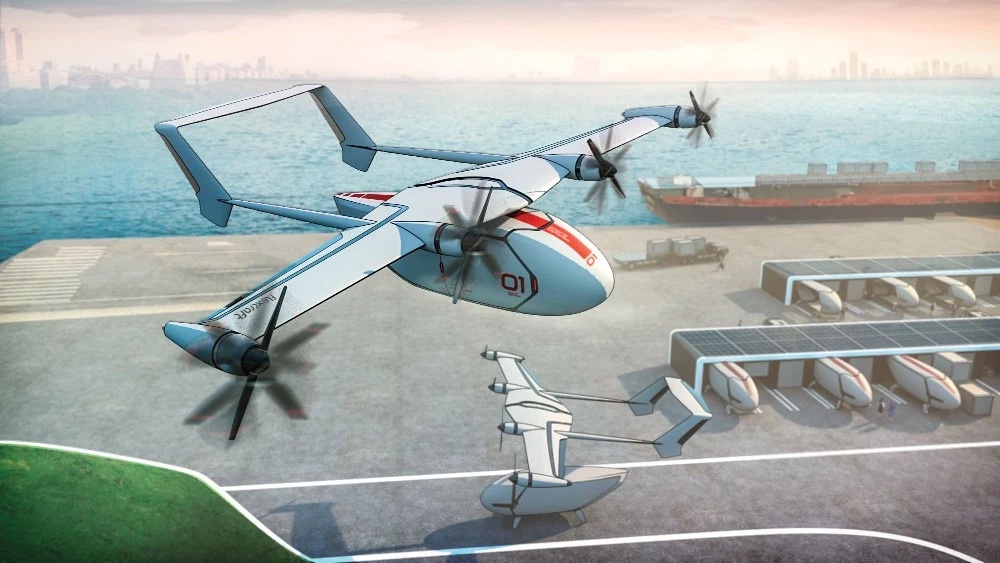 Who says Transformers aren’t real? A new electric aircraft called “Flexcraft” goes far beyond a flying car. It’s an authentic transformer aircraft in which the VIP cabin is connected to the wings for flight. But, after landing, the wings detach and the three-wheeled, street-legal cabin drives away as an electric car. The wing unit can then fly itself to another location to pick up a second cabin configured for a different type of mission.

Winner of the Gold prize in the Transport category of the International Design Awards, the concept is the brainchild of Portugal’s Flexcraft Consortium, which includes Lisbon-based Almadesign. The group believes the concept could serve a wide range of missions. “The Flexcraft concept delivers a luxury flight experience while being able to be converted into a cargo plane for humanitarian-aid missions or it can become a medical evacuation aircraft,” Almadesign CEO Rui Marcelino told Robb Report.

The Almadesign team took some inspiration from the 1996 Mercedes Benz V-Class or Viano, with its luxurious interior and flexible seating arrangement, but carried the concept to a much higher level. 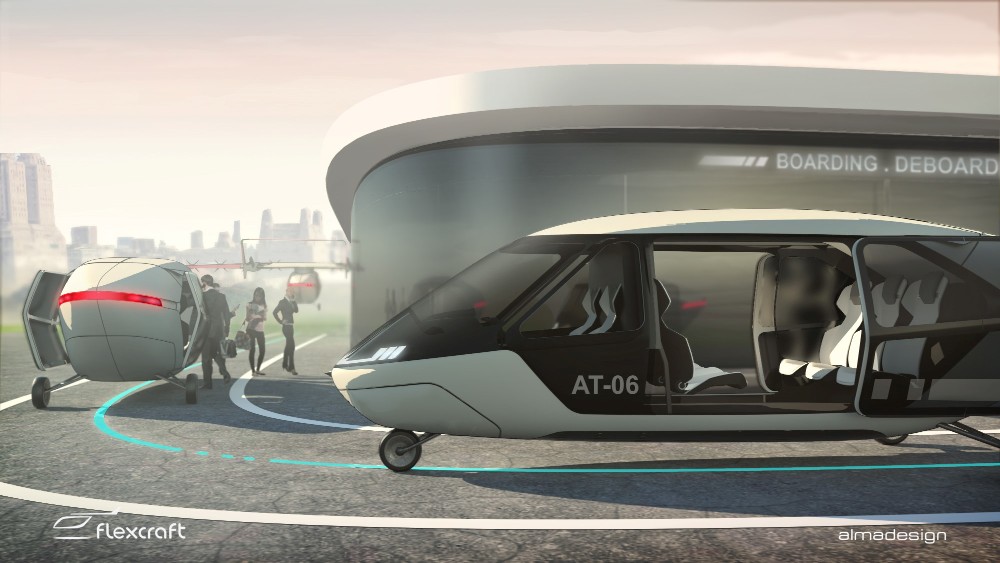 Instead of airports, Flexcraft’s creators foresee a nationwide network of “drive-throughs” where the aircraft lands, the wings are removed and the bodies turn into electric VIP vehicles. Courtesy Almadesign

“The primary scenario we envisioned for the Flexcraft is an executive experience—beginning with the flight itself,” said Marcelino. “The four-passenger VIP seating and low-ledge windows, with multi-sensory interactive map connectivity, let passengers have complete awareness of their surroundings and even learn more about destinations. They can even re-plan the flight, if necessary.”

Flexcraft’s distributed electric propulsion system allows for its modules, including the wings, to operate independently or as a single unit. “The VIP cabin is a seamlessly integrated module,” notes Marcelino. “That module can quickly be swapped out for one with a more rugged purpose such as going camping or fishing off-grid, with the ability to carry seven passengers.”

The aircraft can also transport two separate cargo modules beneath the wings, with or without the main body. “The key to the Flexcraft’s versatility is its ability to lock and release its pods,” says Marcelino, who envisions a nationwide network of Flexcraft “Drive-Throughs” with staff that will change the aircraft’s configuration. 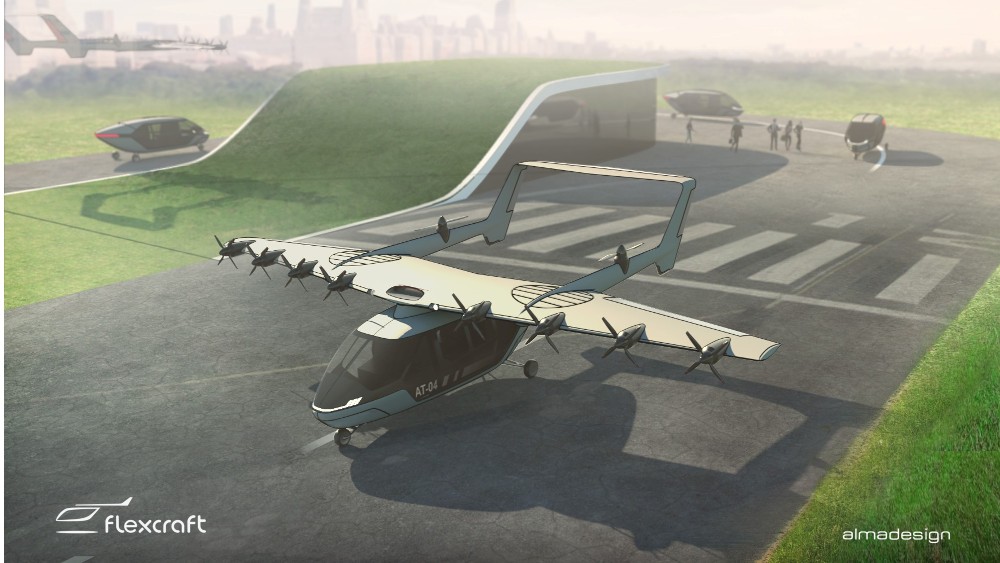 “Flexcraft will allow its owners to take off from their own neighbourhoods and fly directly to their hotel or a venue with its own Flexcraft Drive-Through,” says its designer. Courtesy Almadesign

Flexcraft could prove to be a transportation disrupter if it ever comes to market, allowing owners to bypass not only airports with its multi-function design, but also taxis. “Flexcraft will allow its owners to take off from their own neighbourhoods and fly directly to their hotels or a venue with its own Flexcraft Drive-Through,” says Marcelino. “It literally flies over all the other transportation solutions, saving time and maximising the experience.”