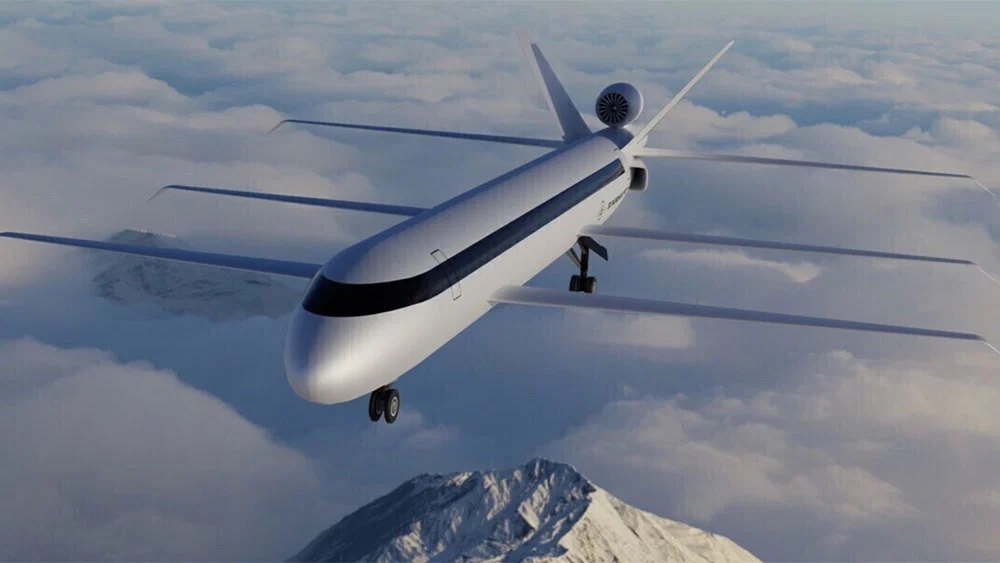 Airliners haven’t traditionally been a lightning rod for innovation. Commercial wide-body planes haven’t changed all that much over the last few decades. But amid an industrywide push to reduce carbon emissions, a bonkers new jumbo jet concept is aiming to change that. SE Aeronautic’s new SE200 prototype takes a disruptive approach to every metric in ultra-wide-body aircraft design and performance. The tri-wing design, with a double tail fin and two engines mounted to the rear, will be able to accommodate 264 passengers, but will consume 70 percent less fuel than a similar-sized jet.

Its projected range of 10,500 miles, with a top speed of Mach .90 (690.5 mph), is also greater than other jets in its class. The high-lift wing design gives the SE200 short takeoff and landing potential, thus increasing the number of smaller airports it could access.

Some of its secrets: Fuel storage will no longer take place in the wings, so the designers made them thinner and more aerodynamic. Instead, the fuel is stored on a bladder on top of the fuselage, part of the aircraft’s singular design. 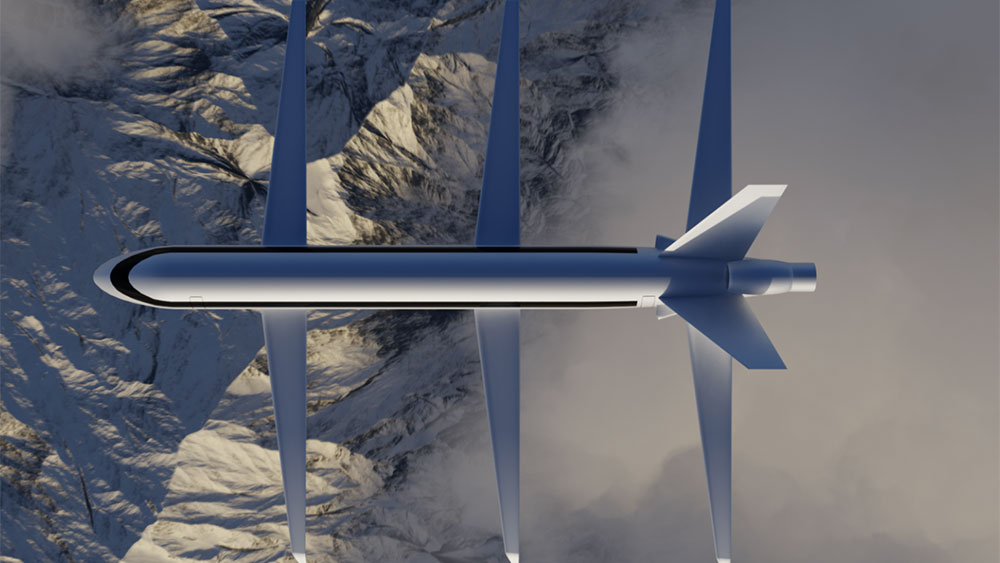 SE points to its integrated monocoque structure as a breakthrough for performance and safety. The company notes aircraft manufacturers bolt together large sections called “barrels,” in order to maximise production. “This is usually where fuselages break apart in an accident,” SE says. “SE will build a single-piece, tough composite fuselage.”

The monocoque design and composite materials will make the aircraft the most efficient ever built, claims the company, with a 50-year service life. “We will also be able to build these aircraft in less than half the time it takes to normally build an aircraft of its size,” it says.

The engines at the rear of the aircraft have a combined 64,000 lb. thrust. “But the jewel in the crown is our ability to get that fuel consumption rate down by 70 percent,” said CEO Tyler Mathews. “We are going to revolutionise the industry.” 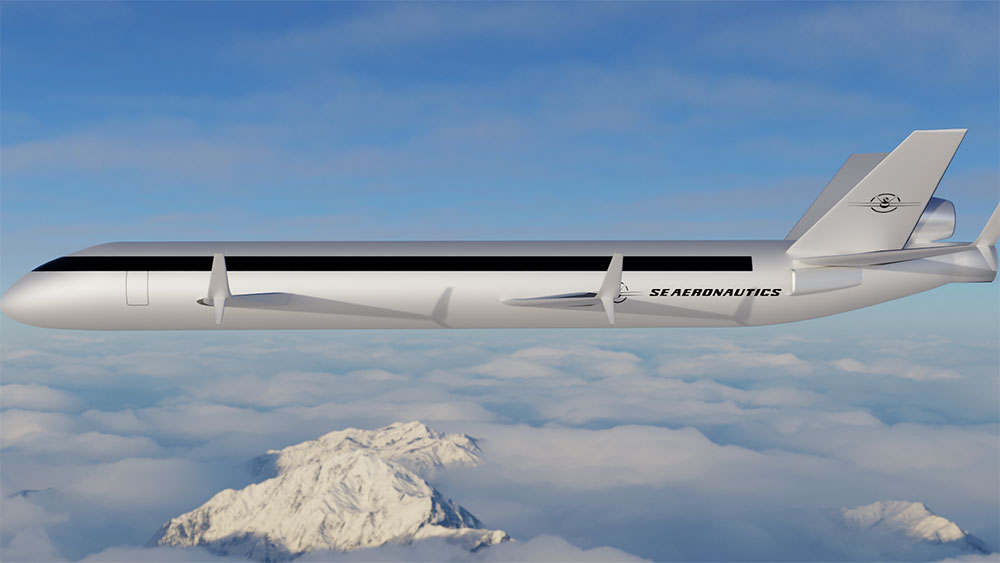 The slender, 140-foot-long fuselage is capable of carrying 264 passengers, but would be a palace in a bizjet configuration. Courtesy SE Aeronautics

The last 12 months have produced multiple business jet concepts focused on sustainability through innovative design. The 314-passenger Flying-V was designed as a fuel-efficient, long-range aircraft in which the passenger seating, fuel tanks and baggage hold are built into the wings. It’s a more radical look than the SE200, but shows how forward-looking designers are generally thinking about future flight.

Whether both designs are flying in a decade or simply remain smart but fantastical concepts is anyone’s guess. But imagine what the SE200 wide-body would look like in a business-jet package, with just 18 seats and 10 spacious, private areas that would include a business centre, multiple lounges, bedroom with shower, media room and dining area. Take the Flying-V concept and turn it into the a business jet and the design would be even wilder. Now those would be revolutionary designs.