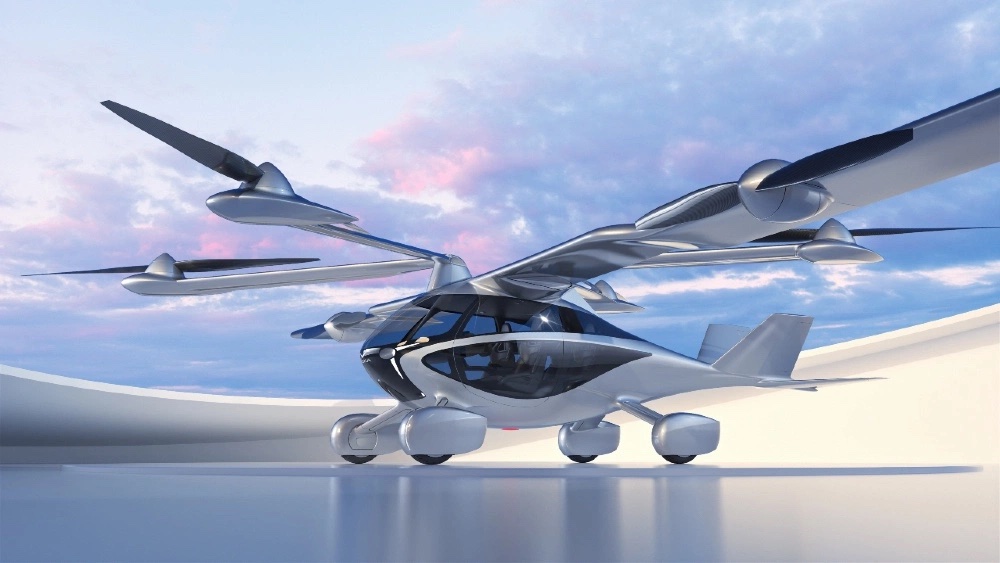 Flying cars tend to be small, confined two-seaters with limited weight capacity. Aska has introduced a much larger air-mobility vehicle the size of an SUV. The company, which is pre-selling the vehicle in a $789,000 (around £567,000) custom version, says first deliveries will happen in 2026.

“We started the development three years ago with the goal of bringing a better quality of life to people,” Mika Kaplinsky, who launched the company with her husband, Guy, told Robb Report. Aska means flying bird in Japanese. The two are not typical aeronautics geeks, but rather entrepreneurs who built and sold businesses in other industries before entering the fast-developing urban air mobility sector.

Like other start-ups in the electric vertical takeoff and landing world, Aska’s goal is to move people faster by transitioning from crowded city streets and highways to the air. But unlike the others, it’s focusing on private vehicles that will commute between the city and suburbs, rather than air taxis hovering around urban centres. 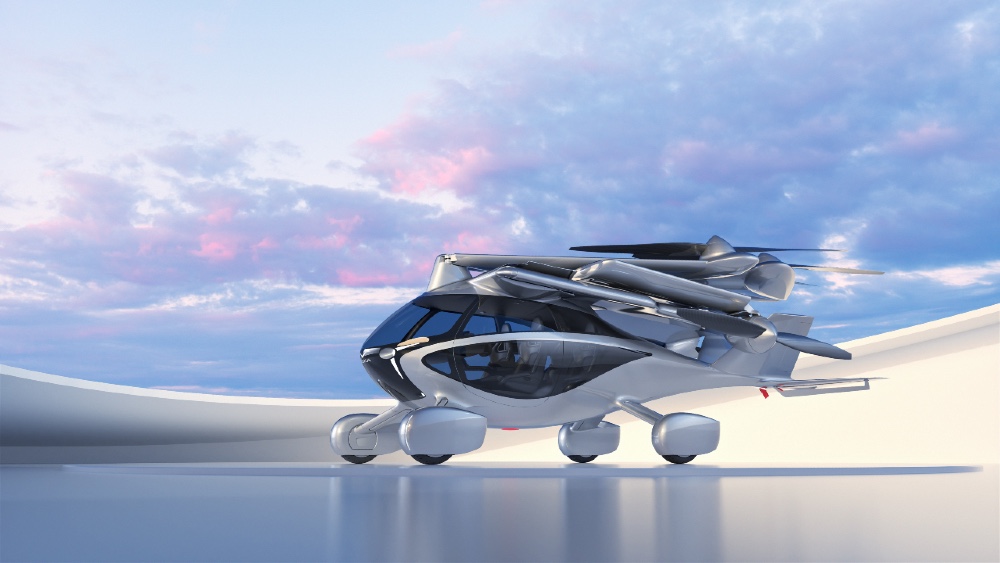 With its 40-foot wings retracted, the flying car will be street legal. Courtesy ASKA

“If we redefine the suburbs as being 100 to 150 miles away from the cities, this will have a huge benefit on rural areas,” says Guy. “Our vehicle was designed to commute to those areas in about an hour. It will make living much less expensive and bring the quality of life much higher for owners.” The Kaplinskys believe flying cars will create the same kind of niche in mass transportation as conventional cars did 100 years ago.

The four-passenger Aska, measuring 20 feet long with a wingspan of 40 feet, will have both conventional and vertical take-off and landing capabilities, so owners will be able to land at small airport runways, put the Aska in car mode by folding up the wings, and drive home. Alternatively, its tiltrotor configuration lets it land in the middle of cities.

The flying SUV has electric motors powered by six batteries that give it a range of about 200 miles. It also has what Aska calls a “range-extender,” or gasoline-powered generators to recharge the batteries in flight. “We have focused significantly on Aska’s safety elements, which include large wings, giant propellers, batteries and dual energy sources to ensure Aska is as safe in the air as it is on the ground,” says Mika. 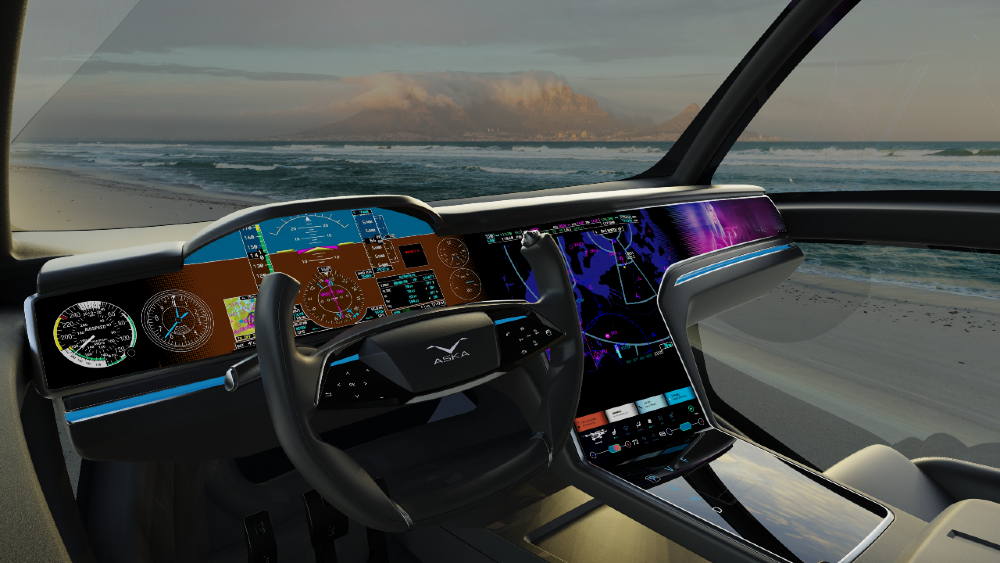 The dashboard will transition between airplane mode with avionics (shown) for flight and a traditional automotive console. Courtesy ASKA

The opening of its showroom in Los Gatos today is a leaf from Elon Musk’s Tesla, with showrooms rather than dealerships. Its “founder’s club,” which will include consumers who put down a $5,000 (around £3,500) deposit for their custom Askas, is expected to be comprised of tech leaders in Silicon Valley. The first Askas will be customised for the owners with bespoke interiors, and a pilot’s certification will be included in the price.

The company has hired 35 engineers from both the aviation and automotive industries. It expects to fly its first full-scale model next year, and complete FAA certification by 2025. By then, rules concerning electric virtual takeoff and landing aircraft will be in place, and some cities will have eVTOL infrastructures to handle the expected increase in air traffic over urban centres.