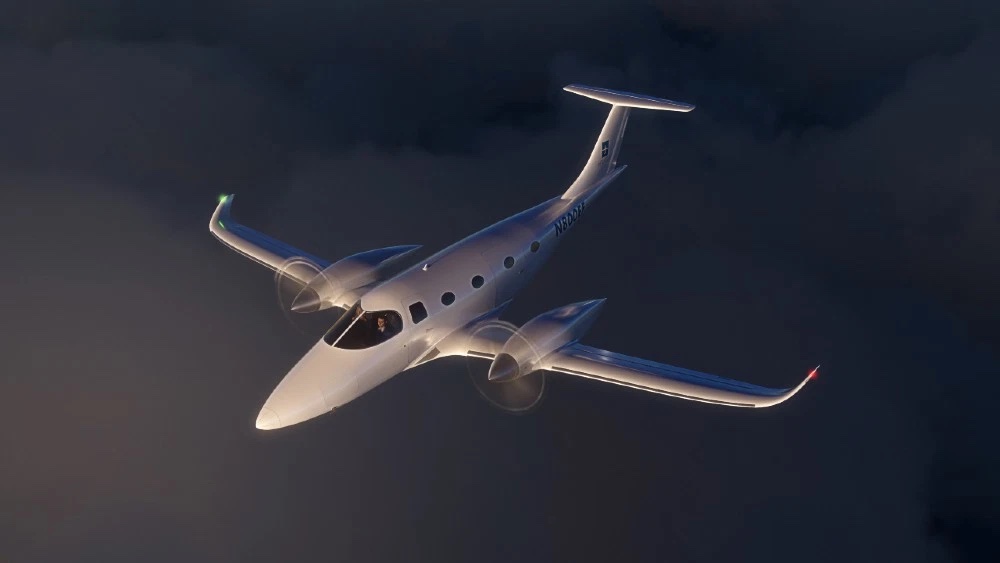 Bye Aerospace’s eFlyer 800 is a clean-sheet design that will carry eight people, including one or two pilots. The 800 will have two motors, powered by a grid of electric cells across the airframe.

This is the third model in a lineup of electric planes from the Denver-based aerospace firm, but the first with two motors. The eFlyer 2 is a two-seater for professional flight training that was developed when the company launched in 2014, and the eFlyer 4, a four-seater for air taxi and advanced training, came later. Both models have more than 360 orders each.

“The eFlyer 800 is the first all-electric propulsion technology airplane that achieves twin-turboprop performance and safety with no CO2 and extremely low operating costs,” said CEO George E. Bye in a statement. 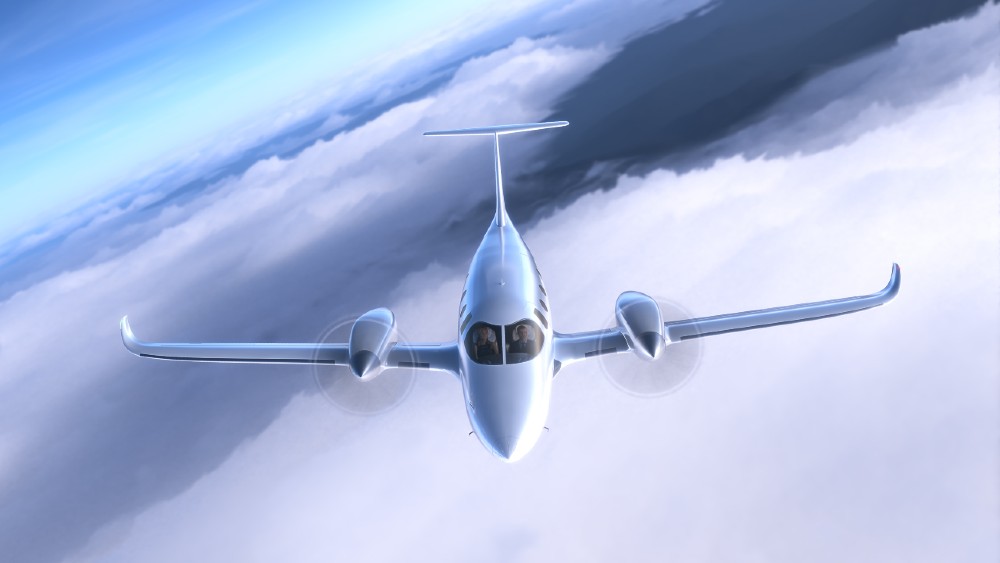 The eight-seat aircraft will be competing against turboprops with much higher operating costs, but will have similar interior space and accommodations. Bye Aerospace

The eFlyer 800 is Bye’s response to the growing demand for all-electric aircraft that can deliver local and regional flights, but with greater capacity and capabilities, at a substantially lower operating cost than traditional fossil fuel aircraft.

The eFlyer 800 is expected to have a range of up to 575 miles, with 45 minutes of reserve battery charge for its motors, and an operational ceiling of 35,000 feet. The plane is projected to have a speedy ascent of up to 3,400 feet per minute, cruise at 322 mph, and reach 368 mph. Bye said that puts it among the top five fastest twin-engine turboprops. More importantly, it will be flown at only one fifth the cost of a comparable aircraft running on fossil fuel, with little noise and zero CO2 emissions.

The company is counting on high motor and aerodynamic efficiencies, which it believes will be twice as high as a traditional turboprop, or smaller aircraft. This level of performance is expected to translate into 80 percent savings in operational costs, based on evidence produced by its own eFlyer2, which has around £16.50 of hourly operating costs compared to around £80 by a comparable turboprop plane. 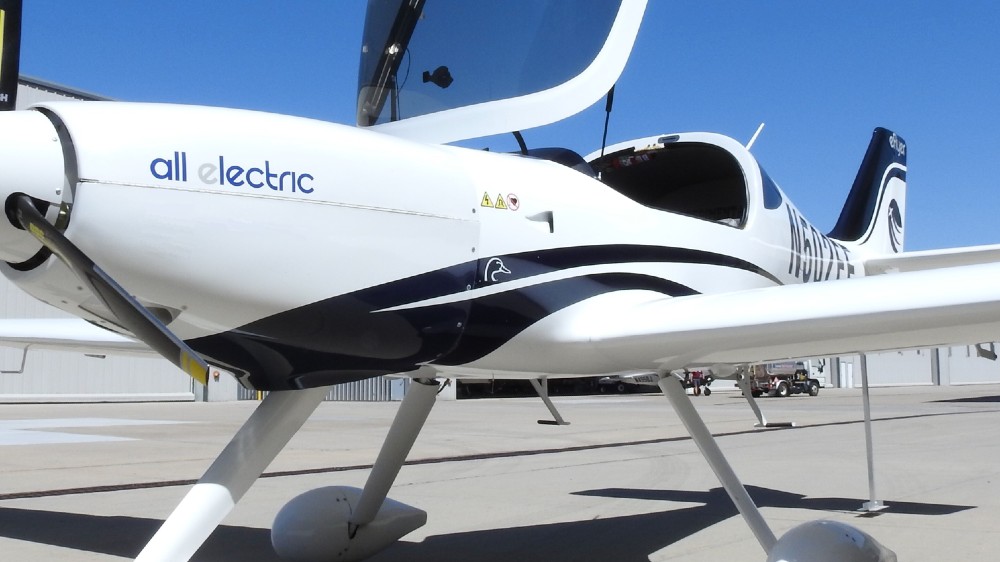 “This type of remarkable economy and performance is made possible by the electric propulsion system and advanced battery cell technology that results in significantly higher energy densities,” says Bye.

The aircraft’s ENGINeUS motors and the GENeUSGRID electric distribution and network protection system are being designed by Safran, whose collaboration with Bye Aerospace started about seven years ago with the development of its first two electric models. Both companies are still evaluating which electric powertrain will be most efficient, considering Safran’s portfolio includes motors that deliver power ranging from 50kW to 500kW, and even 1MW.

Standard safety features include a full airplane parachute and two wing-mounted motors—as opposed to only one mounted on the nose—and dual redundant motor windings. Uninterrupted power supply will be delivered by quad-redundant battery packs. 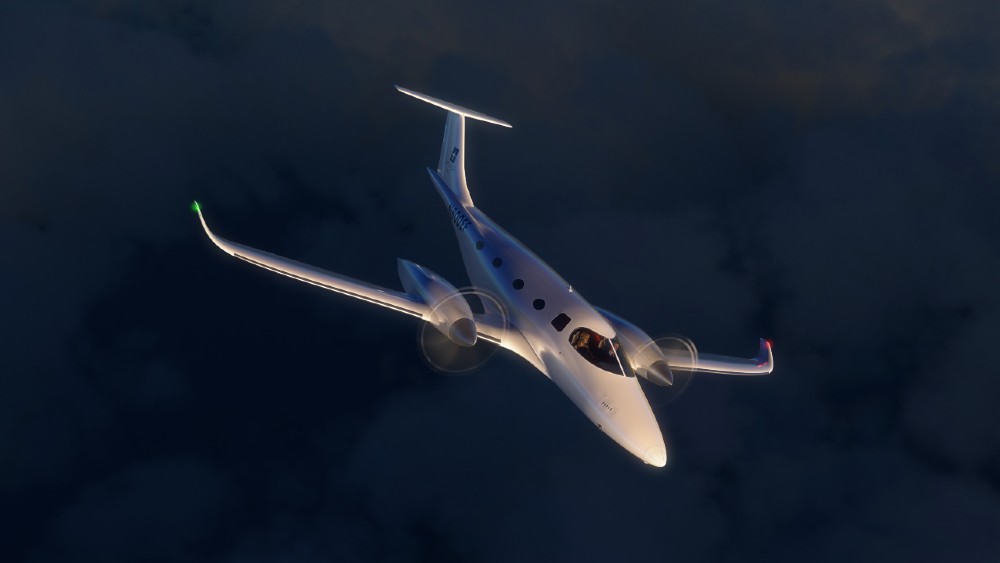 The eFlyer 800 will have safety features like a full parachute and emergency landing system. Bye Aerospace

Additional features, depending on development and certification, could include supplemental power solar cells, an emergency auto-landing system, terrain avoidance, and an option for in-wheel electric taxi to conserve power.

The eFlyer 800’s cabin is comparable to its peers in the twin-engine turboprop class, exceeding some competitors and close to others. With two motors and a high operational ceiling to take it above inclement weather, the plane will not only be welcomed for private use but could be used for air taxi and charter services. No price has been announced.