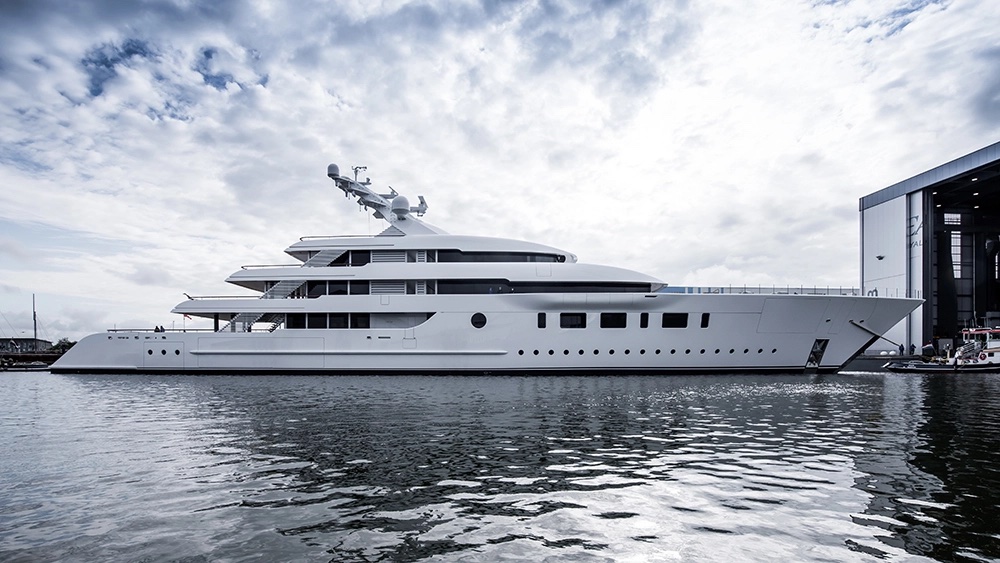 Feadship enjoyed a moment of pure bliss this week when it launched its newest superyacht off the coast of the Netherlands. Quite literally. The 312-footer, previously known as Project 1009, has been christened Bliss as a nod joy it’s likely to bring its new owners.

The custom vessel, which left the yard’s Makkum facility Tuesday, has been billed as a world traveler and packs true go-anywhere capabilities. She’s fitted with a fuel-efficient hybrid propulsion system and is certified to cruise polar regions, meaning no destination is off-limits.

According to Feadship, Bliss is the result of years of fine-tuning, engineering and planning that was carried out by the team in conjunction with the owner.

“Feadship is renowned for offering a unique experience to owners who wish to become personally involved and, in this case, the client embraced every opportunity to play a role,” project manager Albert Abma said in a statement. 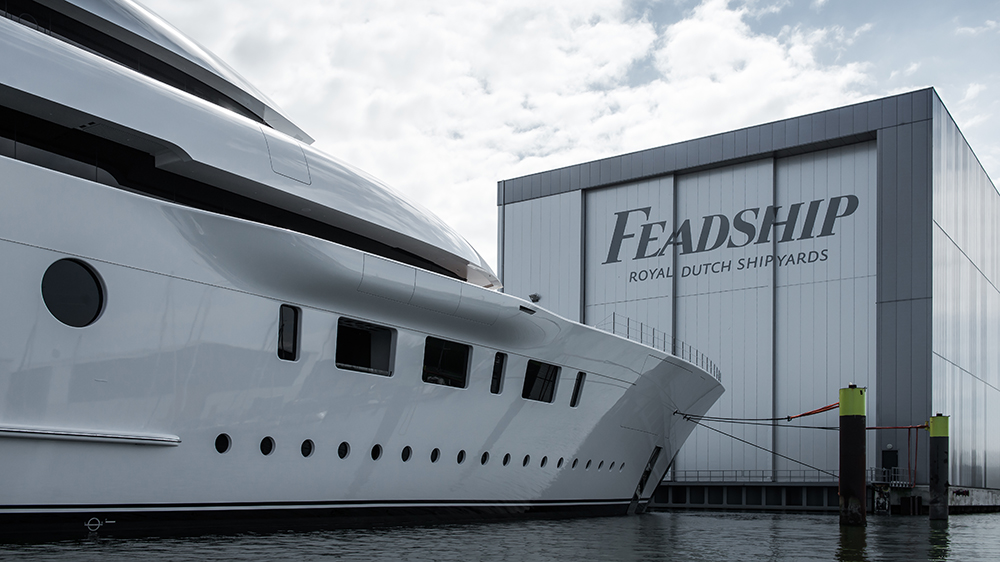 Jan Schaffers of Studio De Voogt penned the sleek, minimalist exterior while Rémi Tessier executed the elegant interior design. The result is a superyacht that Feadship says feels “natural and welcoming, inside and out.”

The beating heart of Bliss is the state-of-the-art hybrid propulsion system. Designed and engineered with the experts at De Voogt Naval Architects, it allows the vessel to sail in diesel-electric mode to increase its overall efficiency. Basically, it cuts down fuel consumption, which is better for both the planet and your pocket.

Built for serious exploration, the polar-class superyacht is equipped to handle the most grueling waters of the Arctic. Bliss can cover 6,000 nautical miles at a cruising speed of 12 knots or hit 17 knots at full tilt. The dynamic positioning system, meanwhile, allows the vessel to maintain its position for longer before needing the use of an anchor.

Onboard, Bliss has been outfitted for “endless family fun.” The spacious interior features nine generous guest cabins and large lounges, as well as an extensive gym and wellness area.

The vessel’s exterior is characterised by sprawling decks and also features a pool. The real pièce de résistance, however, is the commercially certified helideck which converts into a full sports and games area when desired. Now that’s sure to bring some bliss.

Check out more photos of Bliss below 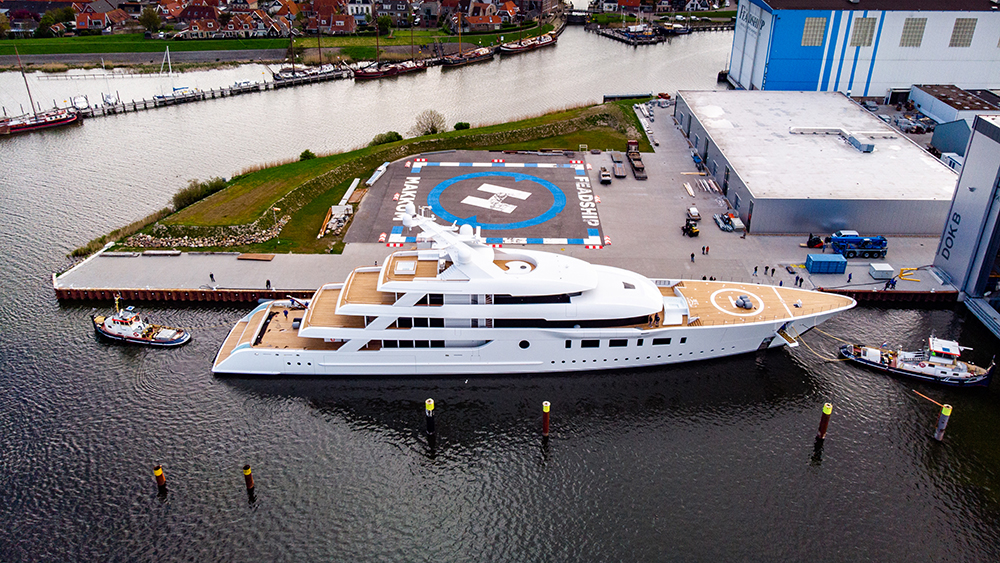 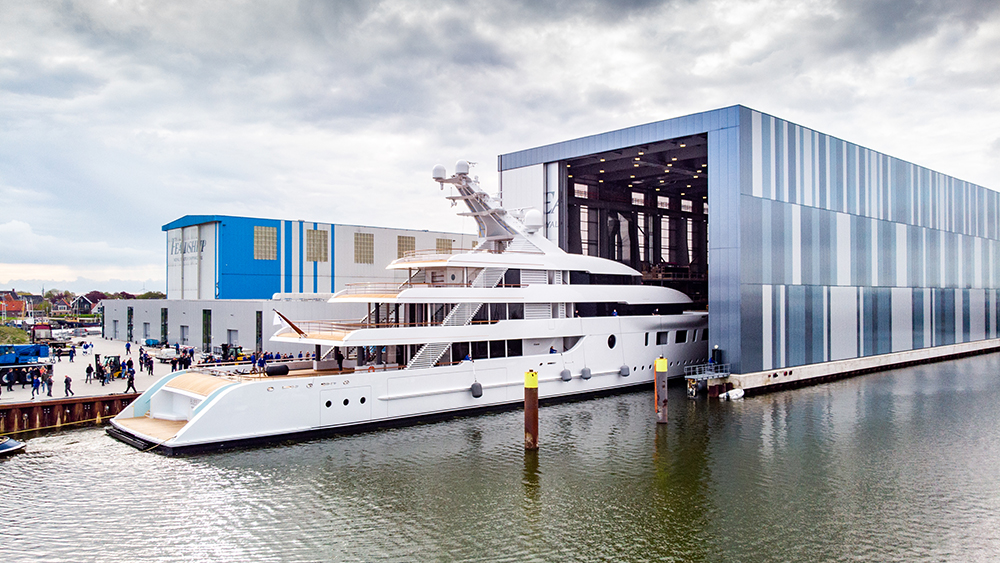 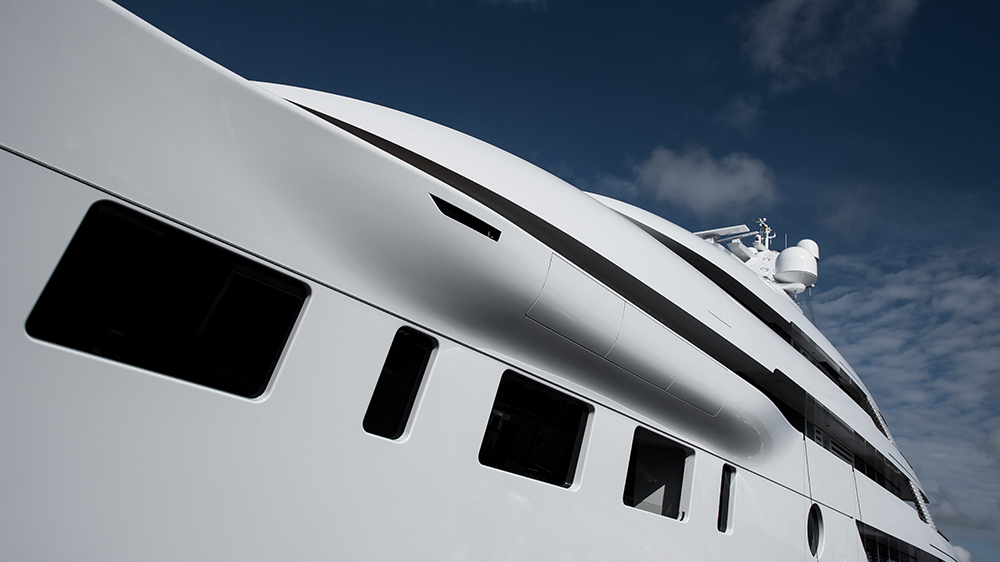