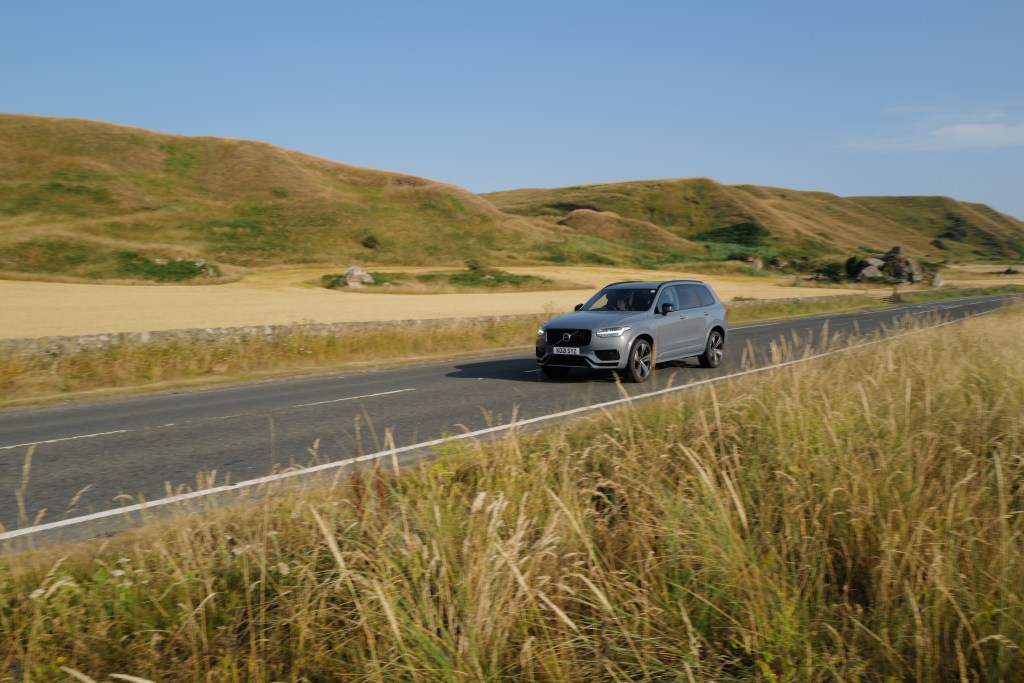 If you remember the film Speed, the one with Keanu Reeves on a bus hijacked by Dennis Hopper that turned Sandra Bullock into a superstar, you may recall the cloying line uttered by Reeves’ police officer as he eyes up Bullock’s breathy heroine once they’ve saved the day: relationships based on intense experiences, he says, never work.

Let’s go back, as for the purposes of this story we must, to the final of Euro 2020, just a few weeks ago. I was at the game. And yes, it was every bit as intense as the reports said. There was the football, sure, but Wembley Way had been positively frightening on the way into the stadium. Then I’d had to shove a ticketless man back through the turnstile after he’d tried to tailgate me and trapped us both, and while the horror of penalties unfolded before us, I’d watched on as a friend sitting a couple of rows in front of me got into an arm wrestle with the gentleman next to him. It was an intense experience.

After the game, I sought refuge in the arms of my car, a Volvo XC90 plug-in hybrid I’d taken on loan a few days before and driven to Wembley. The moment I got into it was, and go with me here, like a new lover’s embrace. Relief. Excitement. Delusions of protection. Two-and-half tonnes of metal, batteries and nubuck never felt so good.

That wasn’t it, though. Because it took best part of two hours to escape Wembley. Roads were blocked by police cars and rain-soaked fans and their soggy ambitions, the two looking on one another with the kind of latent skepticism you might have seen in a cat before it jumps on a sparrow. It was stressful. Exhausting. Intense. I wish Keanu had been there.

But it signalled the beginning of our relationship, the XC90 and me. Volvo, in its infinite wisdom, has given me six months to appraise its 390bhp part-petrol, part-electric monster. Typically, a loaner might stay a week, which can often come with an overbearing sense of imperative to just get in the car and drive, for the sake of gleaning at least one anecdote that might bring the thing to life. Earlier this year, during lockdown, we drove 200 miles in a Bentley to buy a dog. I suppose that wasn’t the only reason for buying the dog, but it certainly helped.

Anyway. I say Volvo. Really I mean Care by Volvo, the Swedish marque’s new subscription programme. This is the latest chapter in the Spotifisation of motor-car ownership, whereby as the user of the vehicle, you never actually own it. You’re a no-up-front-cost direct-debiter, free of the burdens of CD racks and the weekly newspaper recycling run.

Take the car on a 30-day, no-quibble return, and then after that you’re on three months’ notice. Conceivably, therefore, you could chop your car in every 30 days, or, assuming Volvo eventually took exception to that, every four months. If you’re that easily bored, there’s no limit. If not and you hang on to it, Care by Volvo will sort maintenance when the time comes, even replacing the tyres. All for one tidy monthly subscription fee.

Which in the case of this £77,050 XC90 Recharge Plug-in Hybrid T8 AWD R-Design in ‘Thunder Grey’ with 22-inch rims, a charcoal nappa and nubuck interior, a panoramic roof, a beefed up Harman Kardon sound system and a dog gate with a hydraulic mount, plus road tax and roadside assistance, is around £979 (depending on agreed annual mileage and accessories). Looked at another way, that’s circa £12,000 a year for about as close to zero-hassle car ‘ownership’ as you can get. It ain’t cheap, no. But do you get what you pay for?

Value being in the eye of the beholder, I don’t know whether it’s mine to say. But I can tell you this. Over the last month, this XC90 and I have begun a very serious love affair. It is completely magnificent. Since that harrowing night in north London, I’ve put more than 2,000 miles on the clock, ferrying my family to Scotland and back in our quest to find a holiday that doesn’t involve spending £1,000 on ruddy PCR tests.

Which provokes a thought. An elegant SUV that can bolt to 60mph in 5.5 seconds, do roughly 30 miles on battery power alone and ship seven people and a dog up and down the land in extreme comfort, or for the same money the risk of testing positive on holiday and getting stuck in Malaga for 10 days, with the added bonus of regular family outings to get PCR tested? I’ve done the math.

And decided I’m taking this car. And our relationship. It began under intense circumstances, but heck, it’s going to work. Except of course it can’t and it won’t. It’s on loan. And even if it wasn’t I’d probably switch it for something else. If not tomorrow, some day. Because I could.

Perhaps Keanu was right, after all.

Pictures by Robin Swithinbank, all shot with a Leica camera