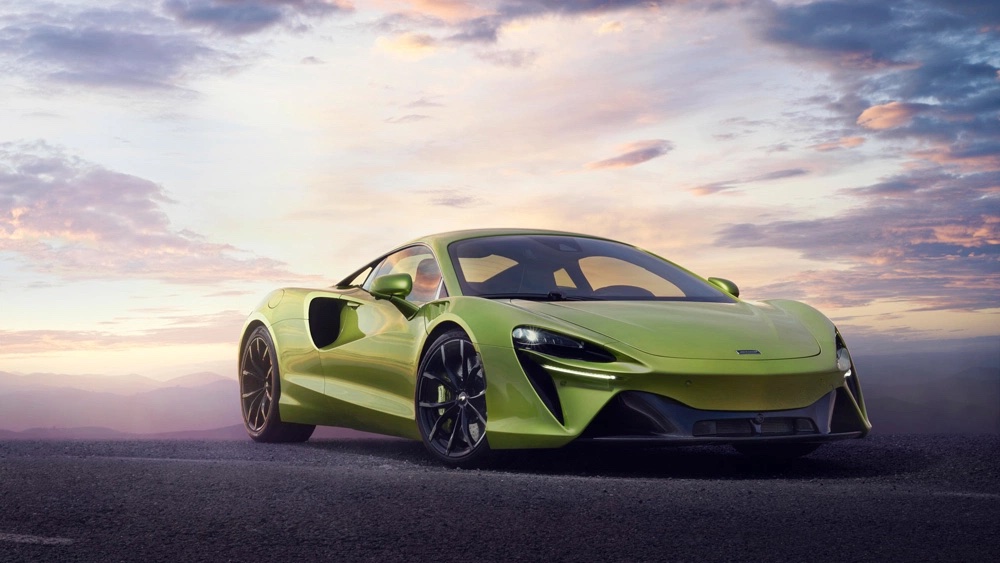 When racer Bruce McLaren said “Life is measured in achievement, not in years alone,” who would have imagined how prescient those words would prove to be? It’s an observation that rings true not only in regards to McLaren’s own life, tragically cut short at 32 years of age in a motorsport accident, but for the automaker that now bears his name.

First appearing on the scene as McLaren Cars in 1985 before being rechristened McLaren Automotive in 2010, the British marque has exerted a substantial impact on the supercar industry, one that belies its relatively short history. McLaren’s latest attempt to alter the landscape debuted today: the McLaren Artura, a model touted as the brand’s first series-production high-performance hybrid, and which joins the 720S in the brand’s Super Series category. 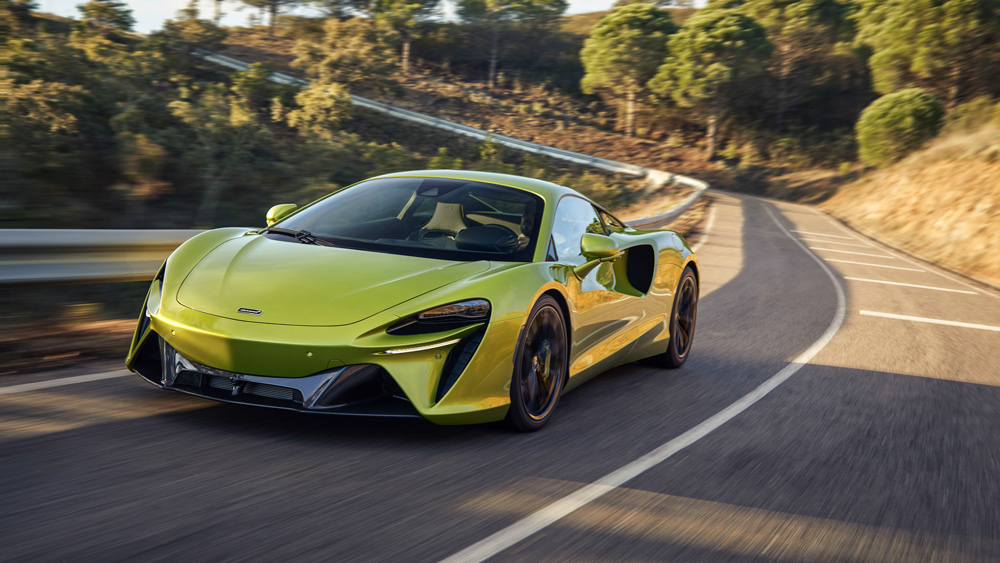 It’s true the new plug-in hybrid doesn’t signal an entirely new direction for McLaren, as the renowned P1 and more recent limited-edition Speedtail both incorporated electrification. But the Artura does represent a new approach. At a technical briefing back in December, McLaren’s director of product strategy, Jamie Corstorphine, said the “objective [with the Artura] was to add functionality and performance that comes from the high-performance hybrid powertrain, but without the weight penalty you’d normally expect with that technology.” 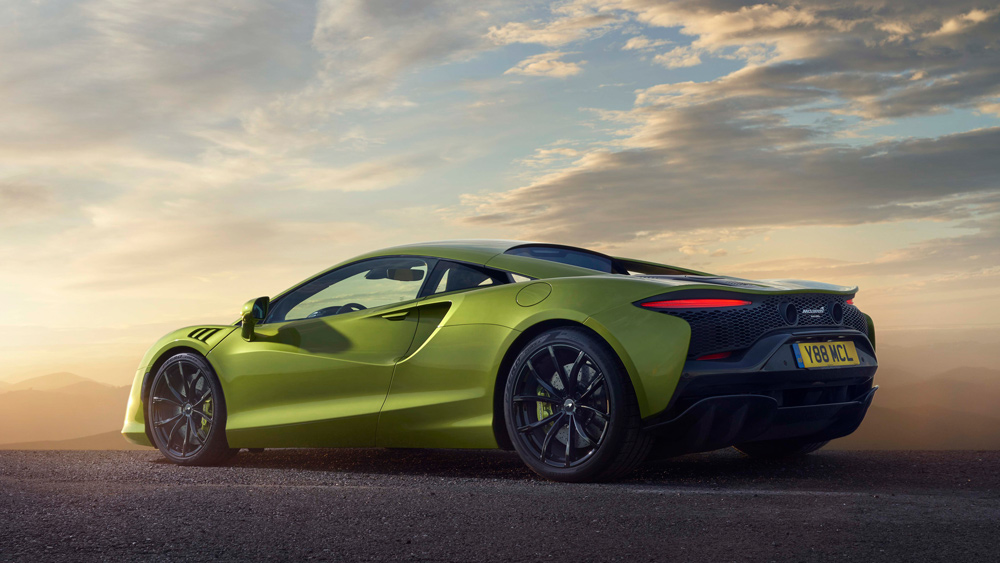 Starting at £182,500, the Artura is priced between the McLaren GT and 720S. Photo: Courtesy of McLaren Automotive Limited.

Achieving it required finding an alternative to the turbocharged eight-cylinder configuration used in both the P1 and Speedtail. “We wanted to build on some of those achievements, but also take the opportunity that’s afforded by building the car from a clean sheet of paper,” said Corstorphine. About the new system he added, “If we think about the power train in total, from the front of the engine, through the engine, e-motor and transmission, it’s not only shorter, but also narrower than our V-8 power-train systems.”

As a result, the Artura’s new 3.0-liter turbocharged V-6, a dry-sump aluminium engine, weighs only 353 pounds, a weight reduction of 110 pounds compared to the P1 and Speedtail’s V-8. Making 577 hp and 431 ft lbs of torque, the combustion engine is complemented by a 94 hp electric motor packing an additional 161 ft lbs of torque. The e-motor gets its juice from a battery pack comprised of five lithium-ion units, with a 7.4 kWh capacity that enables a top speed of 81 mph on electricity alone and an EV range of 19 miles. 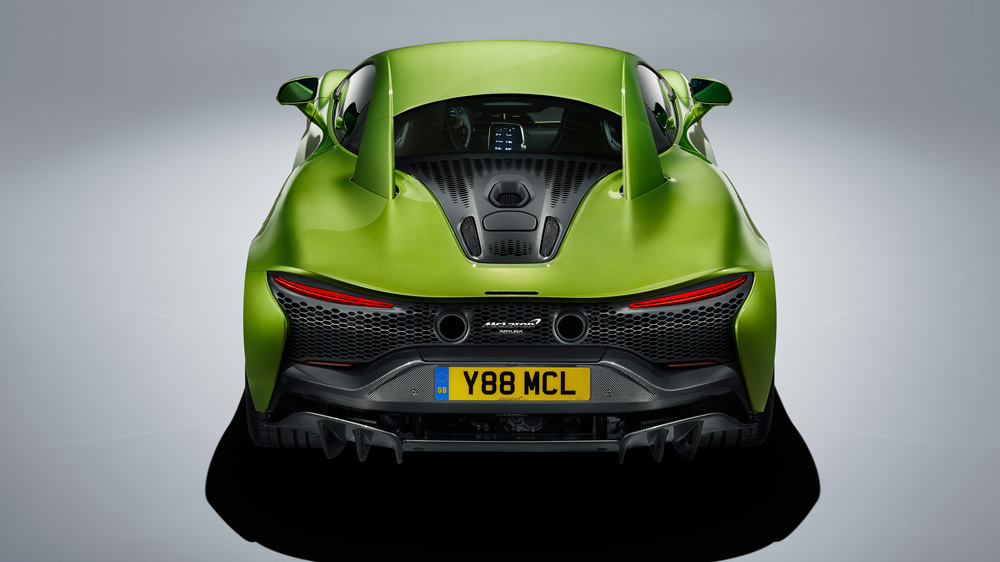 “The entire system drives what is called an axial flux e-motor within the bell housing of the transmission,” said Dr. Sunoj George, McLaren’s head of Electric Drive Technology, during the December briefing. “Selected for the size and power density, the axial flux motors are a significant improvement in performance over the traditional radial flux motors you find in high-volume production hybrids.”

The Artura’s V-6 and e-motor combine for 671 hp and 531 ft lbs of torque. That power is managed by a new eight-speed seamless-shift gearbox (SSG) and McLaren’s introductory use of an electronic differential. All of this allows the vehicle to cover zero to 62 mph in just 3.0 seconds on its way to a 205-mph top speed. Those performance figures are also owed to the fact that the car has a curb weight of only 3,303 pounds—especially impressive considering the heavy battery setup in the mix. 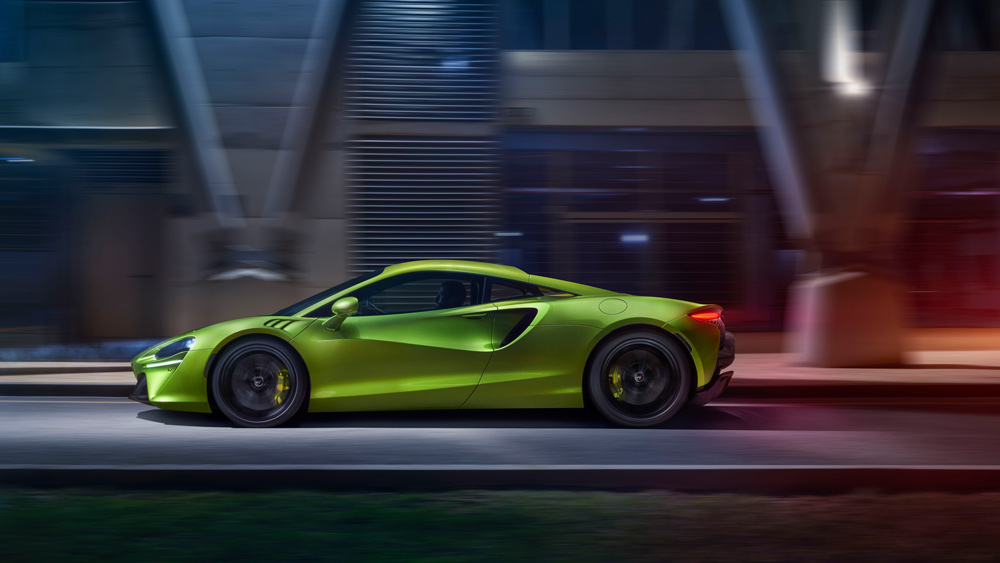 The vehicle covers zero to 62 mph in 3.0 seconds while on its way to 205 mph. Photo: Courtesy of McLaren Automotive Limited.

Another major weight-shedding advance is the Artura’s new McLaren Carbon Lightweight Architecture (MCLA) platform, which features a carbon-fibre monocoque with aluminium subframes as well as an innovative electronics system which relies on sophisticated ethernet networking to minimise the need for extensive wiring throughout the vehicle. That approach alone cut weight by greater than 10 percent.

The rear-wheel-drive coupe offers four drive modes: Comfort, for optimal pairing of the V-6 and electric motor under normal driving conditions (the car relies solely on electricity under 25 mph); Sport and Track modes, for when spirited driving demands more immediate and sustained power delivery; and the all-electric E-mode ideal for shorter urban jaunts. 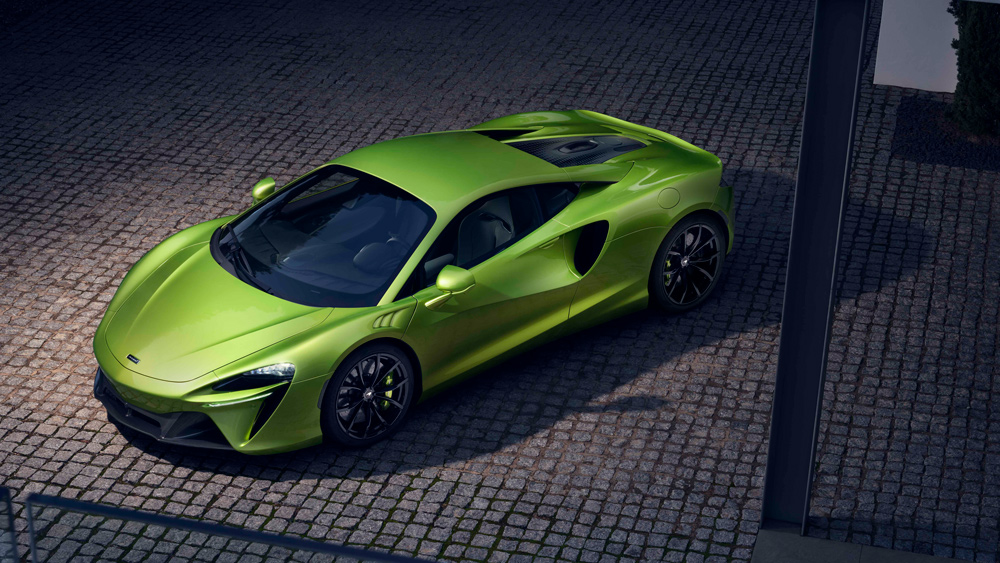 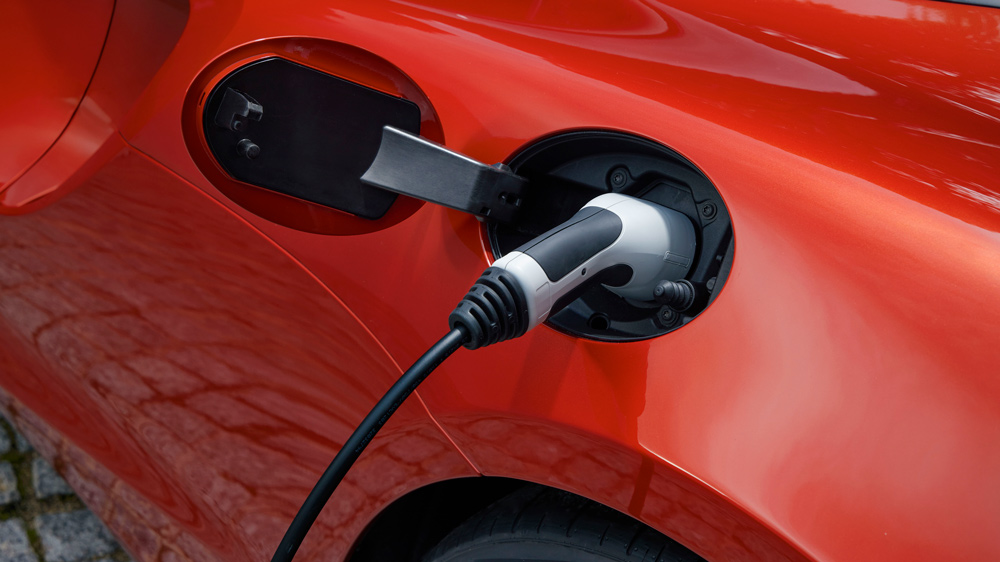 The car can be recharged to 80 percent capacity in 2.5 hours. Photo: Courtesy of McLaren Automotive Limited.

The interior separates itself from its McLaren stablemates with a more pronounced emphasis on roominess, though it’s still a McLaren, so best to temper expectations if you’re substantially built. For driving convenience, the digital instrument cluster is located on the steering column and adjusts with the steering wheel’s setting, so it’s never blocked from view. Also clearly prominent is the cockpit’s eight-inch central display operating McLaren’s MIS II infotainment system with voice control, Apple CarPlay and Android Auto functionalities. But wait, there’s more: Cars arriving Stateside will further pamper with heated, 10-way adjustable sport seats and, for audiophiles, the option for a 12-speaker Bowers & Wilkins sound system. 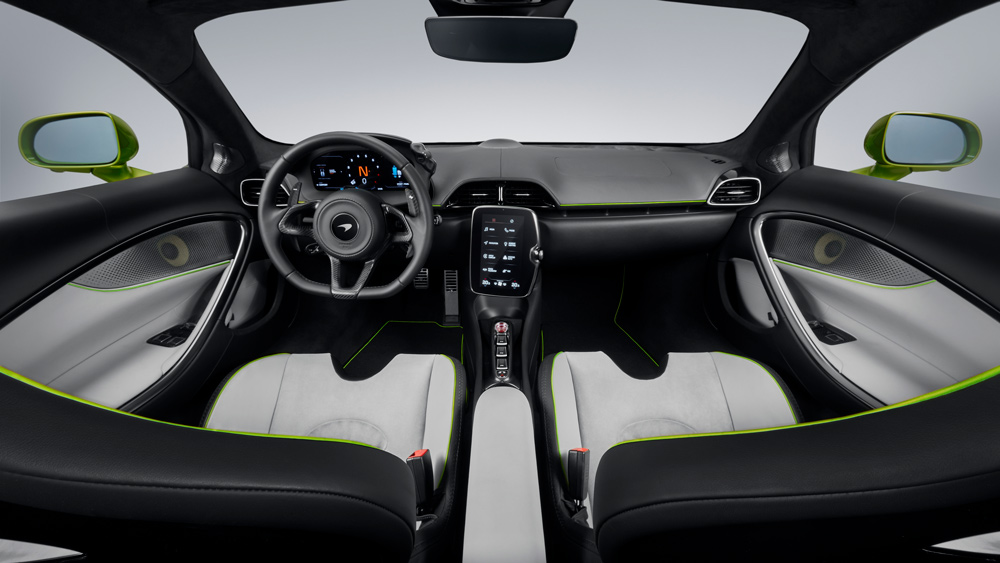 Priced between the McLaren GT and the 720S, the Artura starts at £182,500 and is intended to compete with the likes of Lamborghini’s Huracán Evo, Ferrari’s F8 line and Maserati’s MC20. The model will be presented in four trim packages, with even more exclusive tailoring offered through the McLaren Special Operations division. Orders for the Artura are currently being accepted, with initial deliveries expected later in the year.