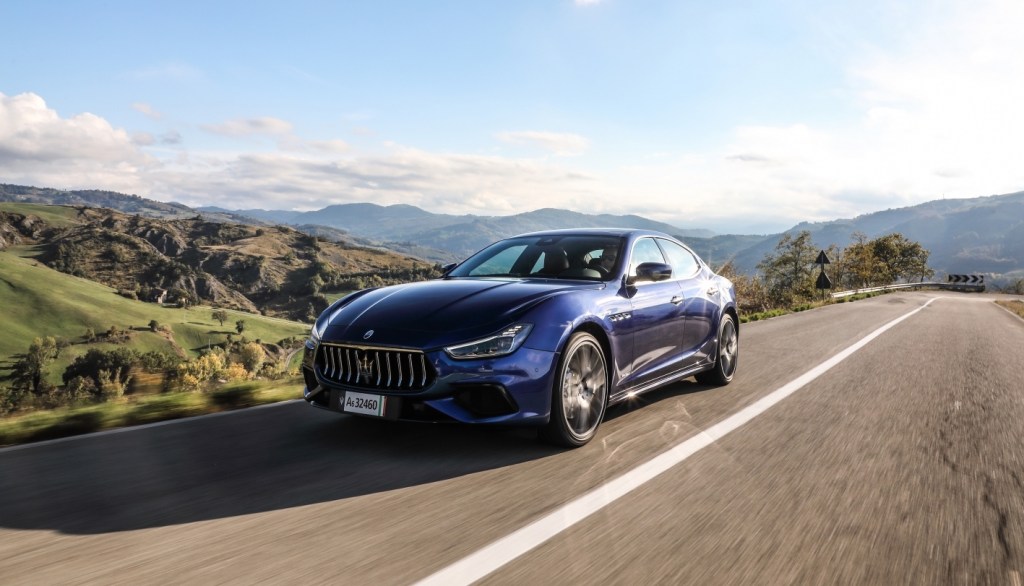 Few would have predicted, when Bobby Moore held the Jules Rimet trophy aloft – bear with us here – that it would be a further 65 years before England advanced to the final of another major knockout tournament. The same year, 1966, Maserati unveiled a two-seater concept called the Ghibli at the Turin Motor – also the year that General Motors unveiled a Monza 4-door hardtop modified with a 532 volt, 115 hp electric motor – so even fewer would have thought back then that six-and-a-half decades would elapse before an electric version of the Ghibli would roll off the forecourts.

A huge stride in the automotive industry’s rush towards a greener future, the £63,700 Ghibli Hybrid – a competitor to the plug-in BMW 530e M Sport, rather than the Teslas and Polestars of this world – is the first step towards the electrification of all new Maserati models (the Quattroporte and Levante are expected to follow soon): and, look away now devoted petrolheads, it’s a car that owners will emphatically want to drive, rather than be driven in. 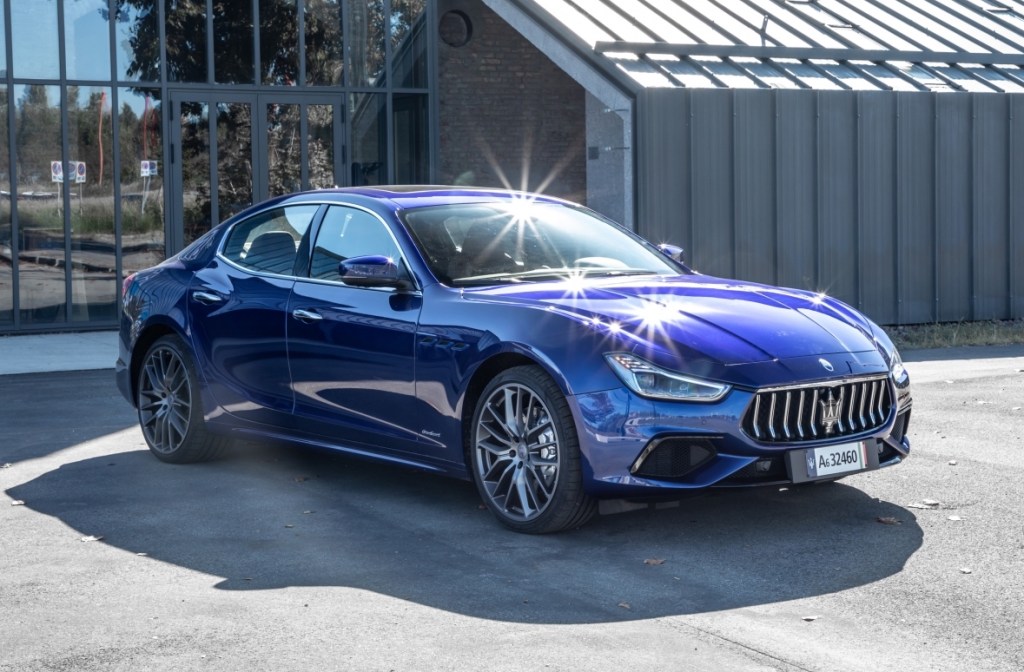 Launched off the mark by a retuned 2.0-litre four-cylinder petrol turbo engine manufactured by Alfa Romeo, before its a 48-volt battery kicks in with its 326bhp and 450Nm of torque, the Ghibli Hybrid offers the kind of balanced, smooth ride you’d expect from an executive saloon at modest speeds, the rear-mounted battery giving this Hybrid version a more even weight distribution than its V6 predecessor. Armed with the knowledge that a 0-62mph sprint will take an impressive 5.7 seconds (the top speed is 158mph), you’ll struggle not to engage sports mode, augmented by technology Maserati refers to as an e-booster system), when on a clear straight.

The sprightly 2.0 litre turbo version we drove from London to the Summer River House near Windsor, as guests of Maserati, packs whoopee factor aplenty, not to mention confident road holding (in part thanks to the new Skyhook suspension system and the not so new Integrated Vehicle Control system by Bosche). The responses as you swipe through the eight-speed automatic gearbox using pleasingly oversized aluminium paddle shifts are sharp, and that distinctive Maserati engine rasp still distinctly audible: a sound somehow far more gratifying when the fuel gauge isn’t going down at something like the rate the rev needle is going up, and safe in the knowledge that the vehicle is belching out 25 per cent less CO2 than the V6 did. 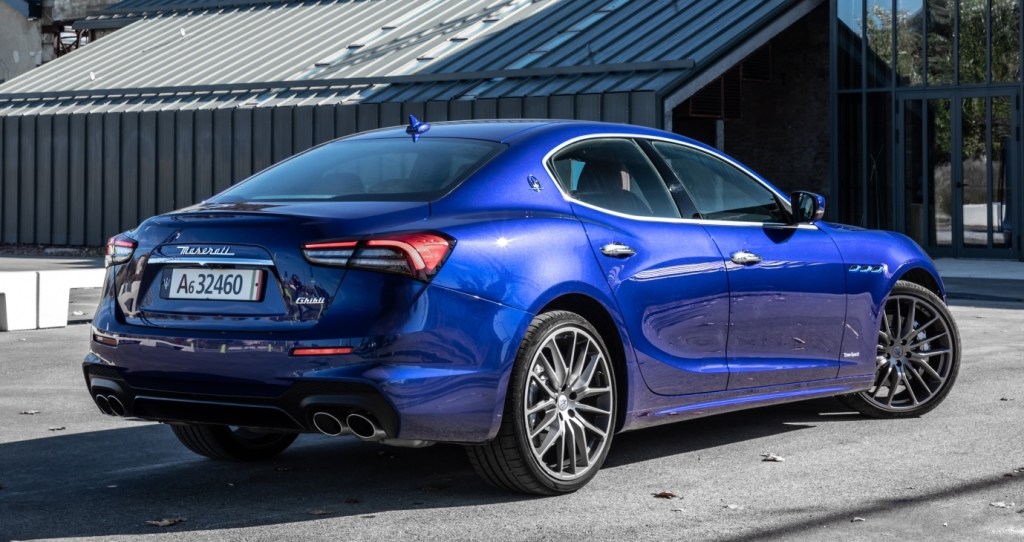 That Junoesque, seductively contoured exterior – which is just shy of five metres in length – has distinctively handsome new elements such as boomerang-style tail-lights, black alloy wheels, electric blue brake calipers and air intakes and a striking blue flash across the trident emblem, all nods to the car’s significance as Maserati’s first hybrid. Meanwhile, the focal point of an interior that drips with Italian styling (opt for the GranLusso or GranSport version depending on whether luxury- or performance-focused aesthetics appeal more) is the 10.1in central touchscreen of a revamped, more reliable, higher-definition multimedia system that sits proudly at the centre of a dashboard whose wooden trim is finished in high-gloss piano black. 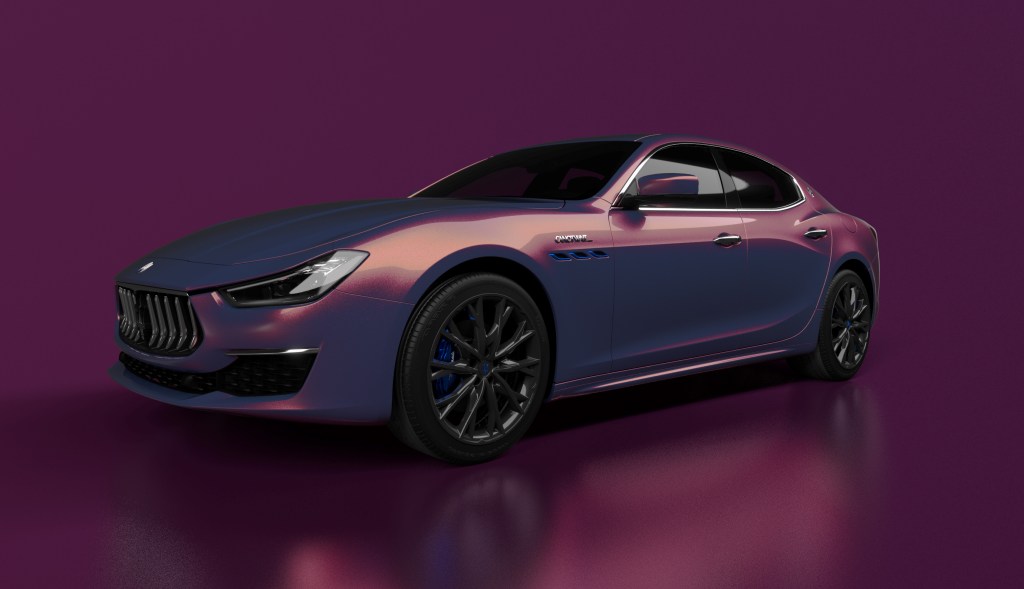 The default aesthetics leave little to be desired: and yet, thanks to Maserati’s Fuoriserie Programme, you can make your Ghibli Hybrid entirely unique. Indeed, anyone beholding  the Ghibli Hybrid Love Audacious, created in collaboration with Chinese streetwear entrepreneur William Chan (see above), may have pretty wild ambitions when it comes to owning a customised model which has seriously bolstered what’s on offer at the sporty end of the executive car class.

The jury’s out on whether an Italian marque will emblazon one with a St George’s cross should, a fraction shy of 65 years after England lifted the World Cup, Gareth Southgate’s men put us all in a thrillingly flamboyant mood this weekend.

See below for more pictures 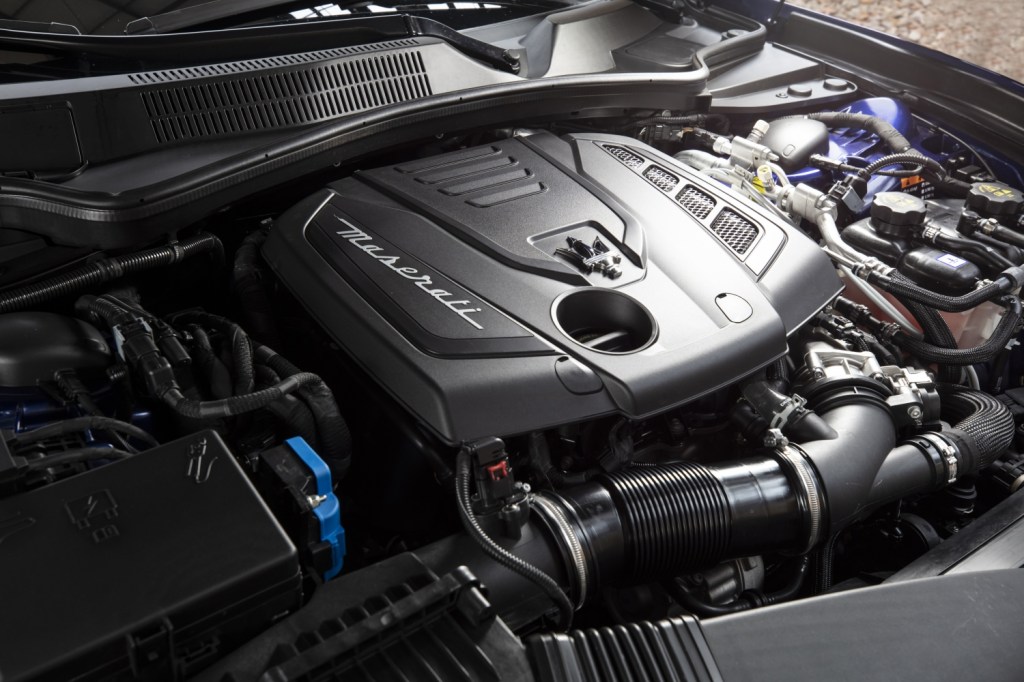 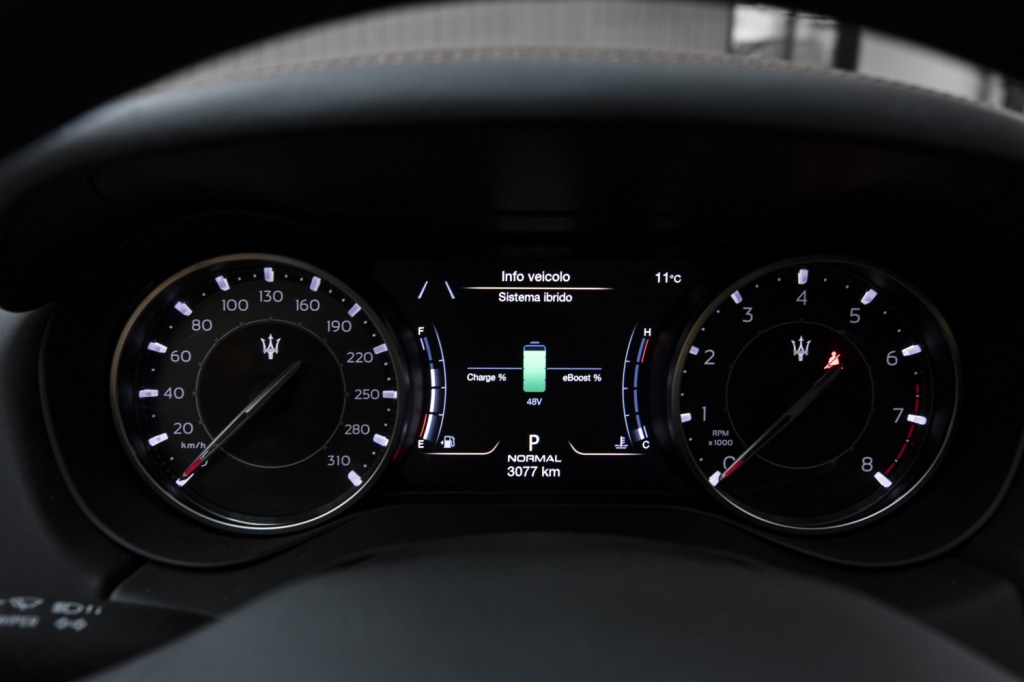 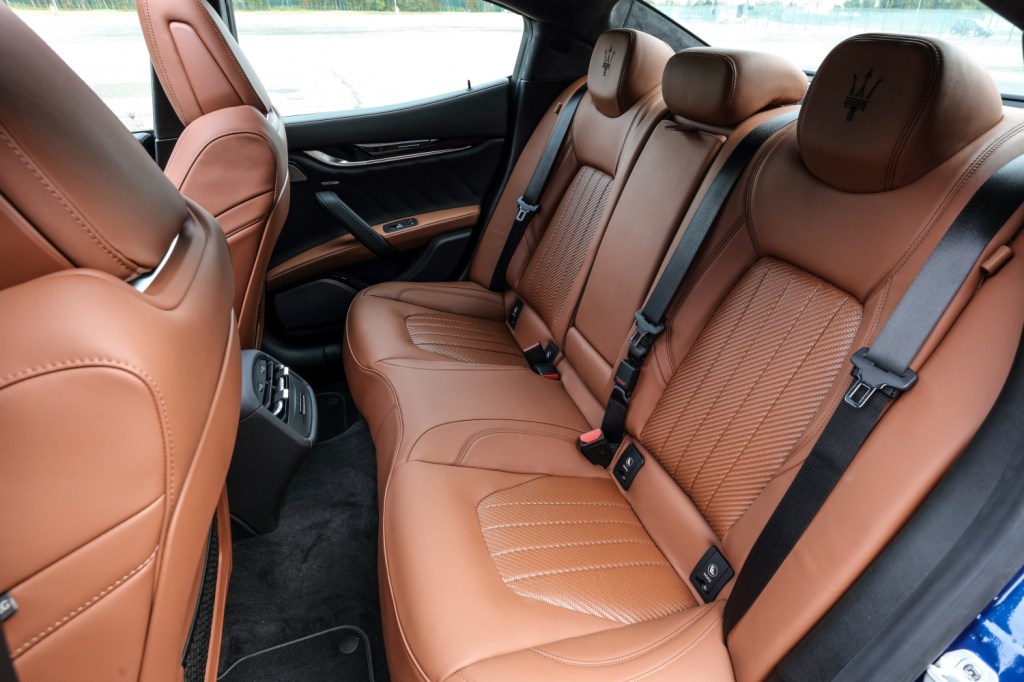 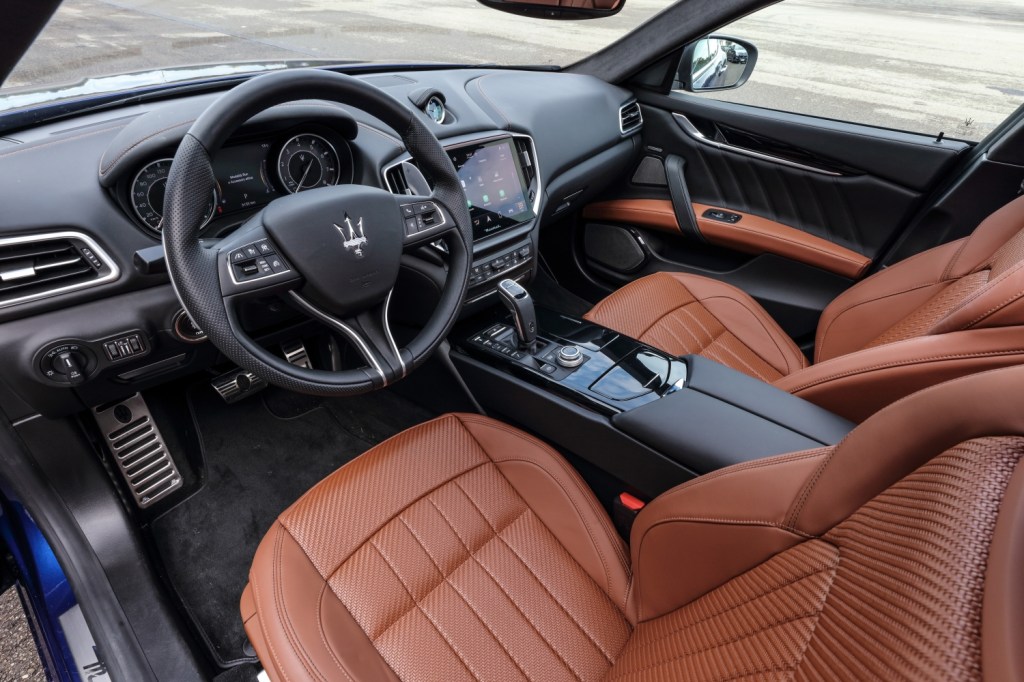 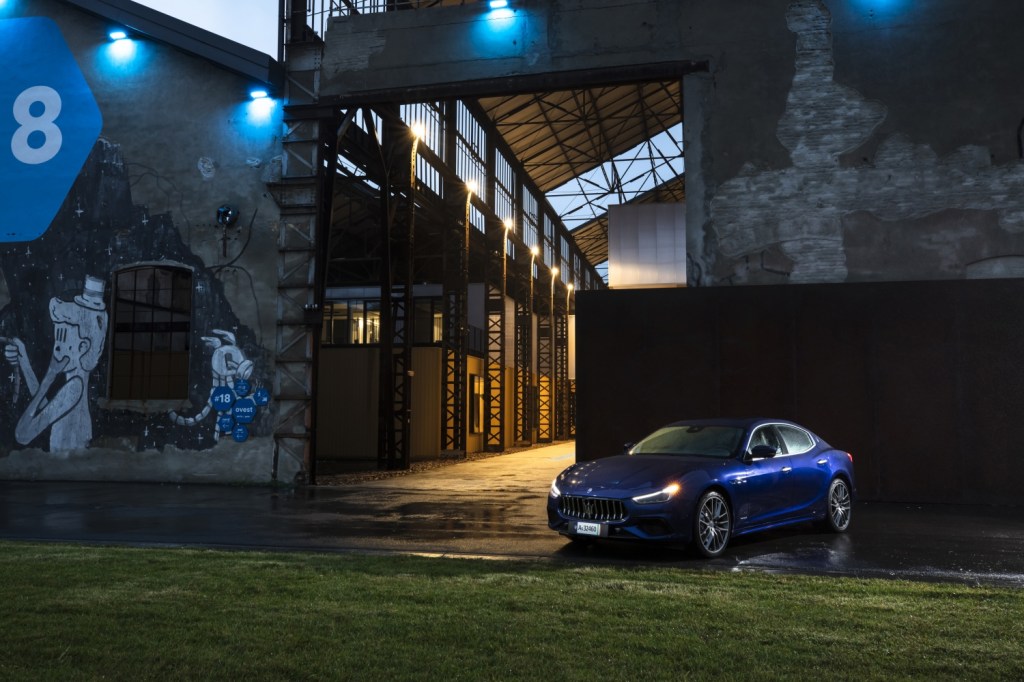