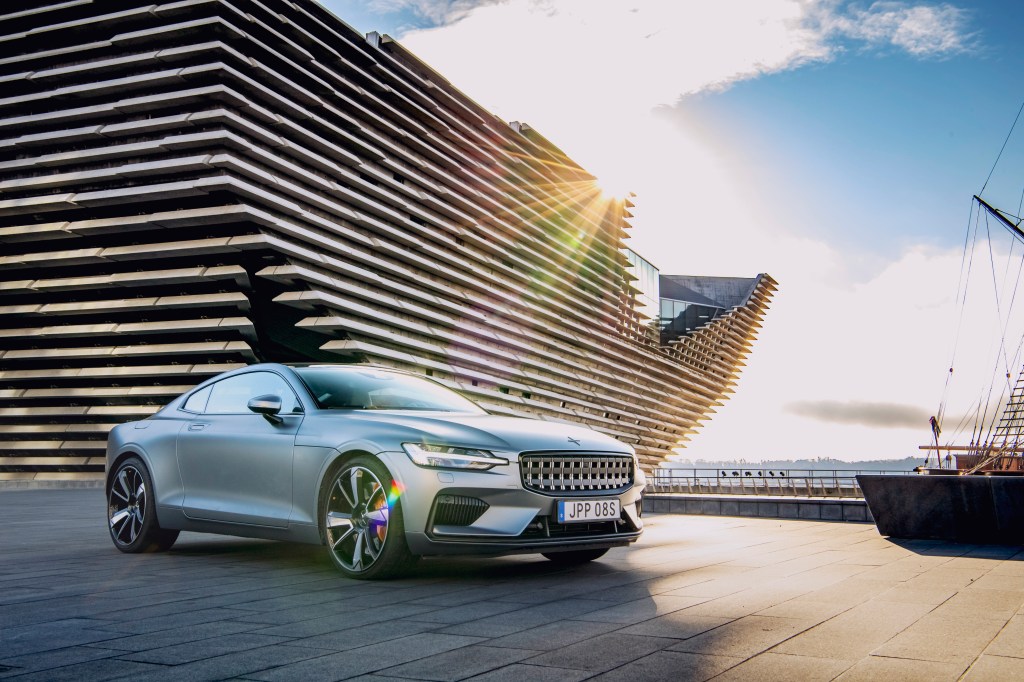 In not earth-shattering news, my wife and I have just bought a house. We’re aspirational types, so it’s a project, and until we can get the builders in, we’re going to be living with some very noisy carpets, Anaglypta wallpaper and an Aga that’s older than Mary Berry.

When we come to renovate – Mrs Swithinbank is eyeing up an Instagram handle – there will be many considerations. An extension. Lots of trendy glass. Maybe a ground-source heat pump. And, critically, what shade of Spanish pink the velvet cushions should be. A thousand and more decisions await.

On my list will be the EV home charging point. Which model will matter (are they all that ugly?), and so will where it goes (why do so many people put them by the front door?) , and inevitably I’m curious to find out how many gigawatts of power I can suck into my post-fossil fuel fiefdom. This, despite the fact we don’t actually own an electric car.

But we know that one day we will. One day soon. Last month, our Prime Minister announced he was bringing forward the ban on new petrol and diesel vehicles to 2030, having already brought it forward from 2040 to 2035 earlier this year. At the time of writing, that’s 3,309 sleeps away.

Which means that, in the same amount of time since Cairo’s Tahrir Square was filled with angry protestors, this country has some serious infrastructure to build. I know this because back in the summer, I borrowed an all-electric Polestar 2, the Swedish marque’s highly impressive family fastback. Deciding it was time to test what life would be like in a post-internal combustion engine (ICE), post-Covid world, I got ambitious and drove it, wife, kids and holiday clobber in tow, from London to St Andrews and back. Let’s just say, that’s a long way to go in a car with a real-world range of around 180 miles and a (fast) charging time of two hours.

What that 1,000-mile  journey proved was that this country is nowhere near ready for Boris’s ‘green industrial revolution’. And nor are the cars made for it. Sitting outside a Poundstretcher in a car park in Pontefract with nothing but an Aldi can of pop and a heatwave for company, my family made it quite clear that in a battle between ICE and the ice caps, there’s still only one winner. They had my sympathies.

So when the Polestar 1 turned up on my doorstep last week, it got a mixed domestic reception. But this, as I explained to my sceptical living companions, is a different sort of car. This is a PHEV. A plug-in hybrid. A 600-plus horsepower joyride , which runs on batteries AND petrol.

And what a car it is. Poddling round town, Polestar’s first release is a whispering beast, slipping through traffic like a skulking shark. In its ‘Pure’, all-electric mode, it’ll do around 70 miles on a full charge. Not much, but then there’s a further 200-odd banked in the fuel tank for when the car will whine no more. Stick it in ‘Hybrid’ and the mpg is comparable to a family saloon.

But as its slick-back coupé styling, 21-inch rims and low-profile Pirelli P Zeros suggest, the Polestar 1 isn’t designed for nipping to Tescos. Whack it in ‘Power’ mode and suddenly everything goes a bit heavy metal. Which might sound terrifying. Because we all know what happens when the Scandinavians do heavy metal. You get Lordi. But where Lordi bang bits of furniture together to make ‘music’, the Polestar is more Lynyrd Skynryd – still capable of throwing a table out of a second-storey hotel room window, and yet the sort of thing your granny will dance to at a wedding.

It’s a lot of fun. Put your foot down and it thunders reassuringly, surging from 0-60mph in 4.2 seconds when the petrol engine  and electric motor are working in tandem. Near perfect 50/50 weight distribution means it feels balanced on the road, although with a kerb weight of 2.35 tonnes, it’s no ballet dancer.

Which is all well and good. But I’m not quite sure who or what the Polestar 1 is for. There are two seats in the back where you can pack your freeze-dried children, but it’s no daily runner. It has the profile to be a GT, but then the boot is full of batteries, leaving room for a hairbrush and a pair of espadrilles. So it’s no good for golfists driving to France to visit their mistresses.

It’s also not really for Great Britain. Because every one of the 1,500 P1 models Polestar have said they’ll make is left-hand drive. And this means your passenger is going to spend a lot of time shouting about cats eyes and oncoming buses. It’s also near-as-dammit £140,000, a whopping sum for a car that inside feels like a spritzed-up  Volvo (because it is – Polestar is a Volvo offshoot) and that outside looks like a razzy Peugeot.

And yet I loved driving it – and being in it. There’s little fuss or extraneous nonsense about it, so that from almost every angle, it conveys the same sort of streamlined muscular beauty you get from a Kasumi kitchen knife.

There’s also something alluringly Mustangish about it, which might sound like faint praise, because the modern-day expression of Ford’s thrasher is a thirst trap, no more sophisticated than a fake tan and a boob job. But the Polestar 1 is the sybaritic eco-warrior’s Mustang. It’s a muscle car made for David Attenborough. And people like him.

My new house may not be ready for the Polestar 1 yet, but when it is, I might just have found the car to park outside it.