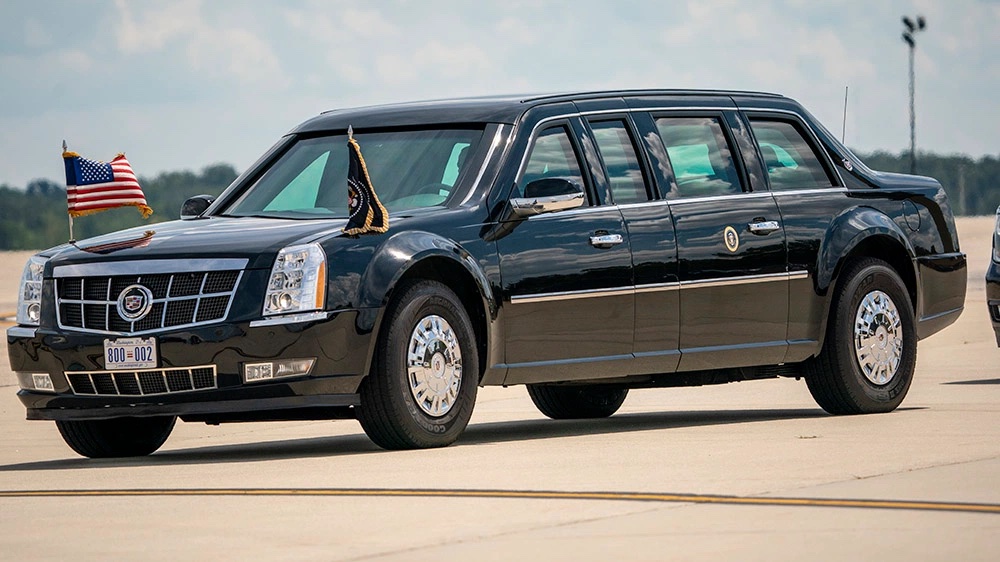 All it took was a couple minutes behind the wheel of an EV for President Joe Biden to start thinking about how to change his own ride. Shortly after the president test drove the new Ford F-150 Lightning last Tuesday, White House Press Secretary Jen Psaki revealed that No. 46 is giving serious consideration to electrifying the White House’s fleet of vehicles. This would presumably include all of its cars and SUVs, including the armoured presidential limo better known the “Beast.”

“That’s certainly something the president has talked about and is an objective for him,” Psaki told reporters onboard Air Force One, according to a tweet from CNBC’s senior Washington correspondent Eamon Javers.

The news should come of no surprise. Even before he took Ford’s eagerly anticipated electric pickup for a spin, the president had made loud and clear, in both his words and policies, that he believes the future of automobiles is electric. In January, Biden announced plans to replace the government’s fleet of over 645,000 vehicles with American-made electric cars. The president’s prospective $2 trillion spending plan, which was unveiled in late March, also includes $174 billion (around £122.5 billion) to spur the development and adoption of EVs.

Notably, though, Psaki only said the president was thinking about electrifying the White House’s fleet, not necessarily converting it exclusively to EVs. That could mean turning the presidential limo into a hybrid, rather than a purely battery-powered vehicle.

It’s unclear if the “Beast,” which is fortified for the president’s protection, could even function as an EV. The project would no doubt present unique challenges. For security reasons, precious little is known about the car. The current version is made by Cadillac and was introduced in 2018.  Covered in armor and loaded with high-tech security features, the super-sized limo is built on a commercial truck chassis and reportedly weighs between 15,000 and 20,000 pounds, or more than twice the weight of the hulking GMC Hummer EV. That means any potential battery would likely have to work very hard to power the car.

One thing we do know, though, is that while the president is no longer able to drive on the open road, he’s not given up on being a car guy yet.