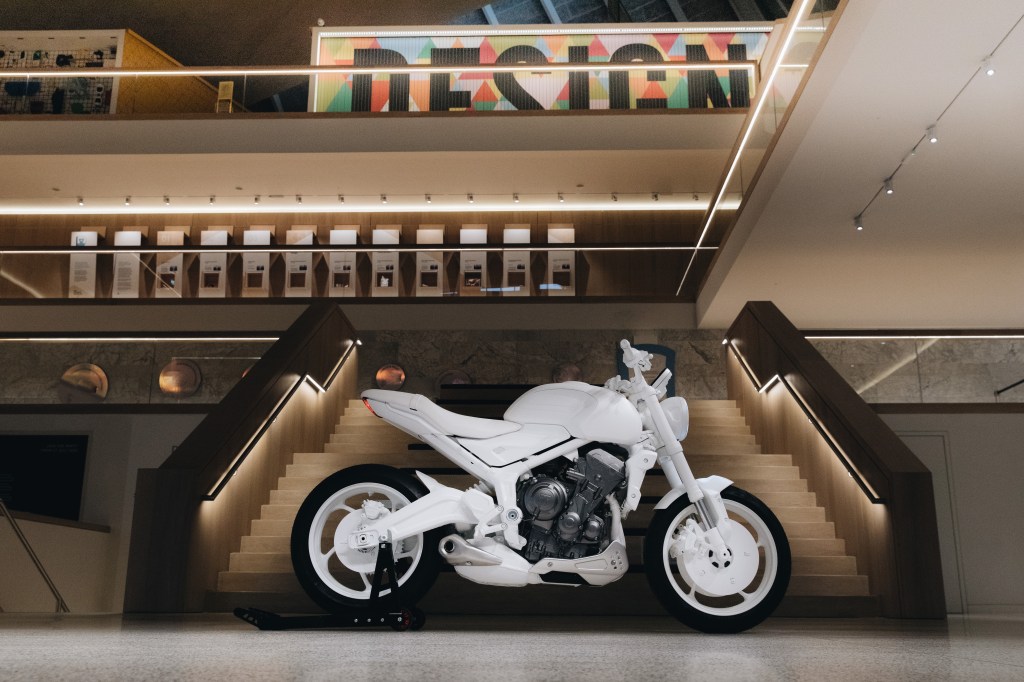 The Ford Bronco isn’t the only beloved motor vehicle set to make a triumphant return in the 2021 model year. Triumph Motorcycles has just announced that it is bringing back the Trident after a 45-year absence too.

The design prototype for the rebooted roadster bike made its public debut earlier this week at the London Design Museum. While an art museum may sound like an unlikely location to unveil a motorcycle, it makes more sense once you look at the new Trident’s eye-popping design.

First introduced in the late ’60s, the Trident helped push street motorcycles forward and ushered in the era of the superbike. Although it was released to critical acclaim, it was soon overshadowed by the release of the Honda CB750. The bike would be discontinued in 1975, but that didn’t stop it from earning itself a dedicated fanbase, one that’s only grown in the decades since.

In development for four years, the new Trident shows that the motorcycle maker hasn’t forgotten its roots. The bike bares a remarkable resemblance to the original Trident, just with a more molded look that increases the sense of dynamism. That doesn’t mean the designers haven’t taken some chances. The reboot thumbs its nose at motorcycle purists with striking bleached out, almost-all white colour scheme that’s sure to turn heads. 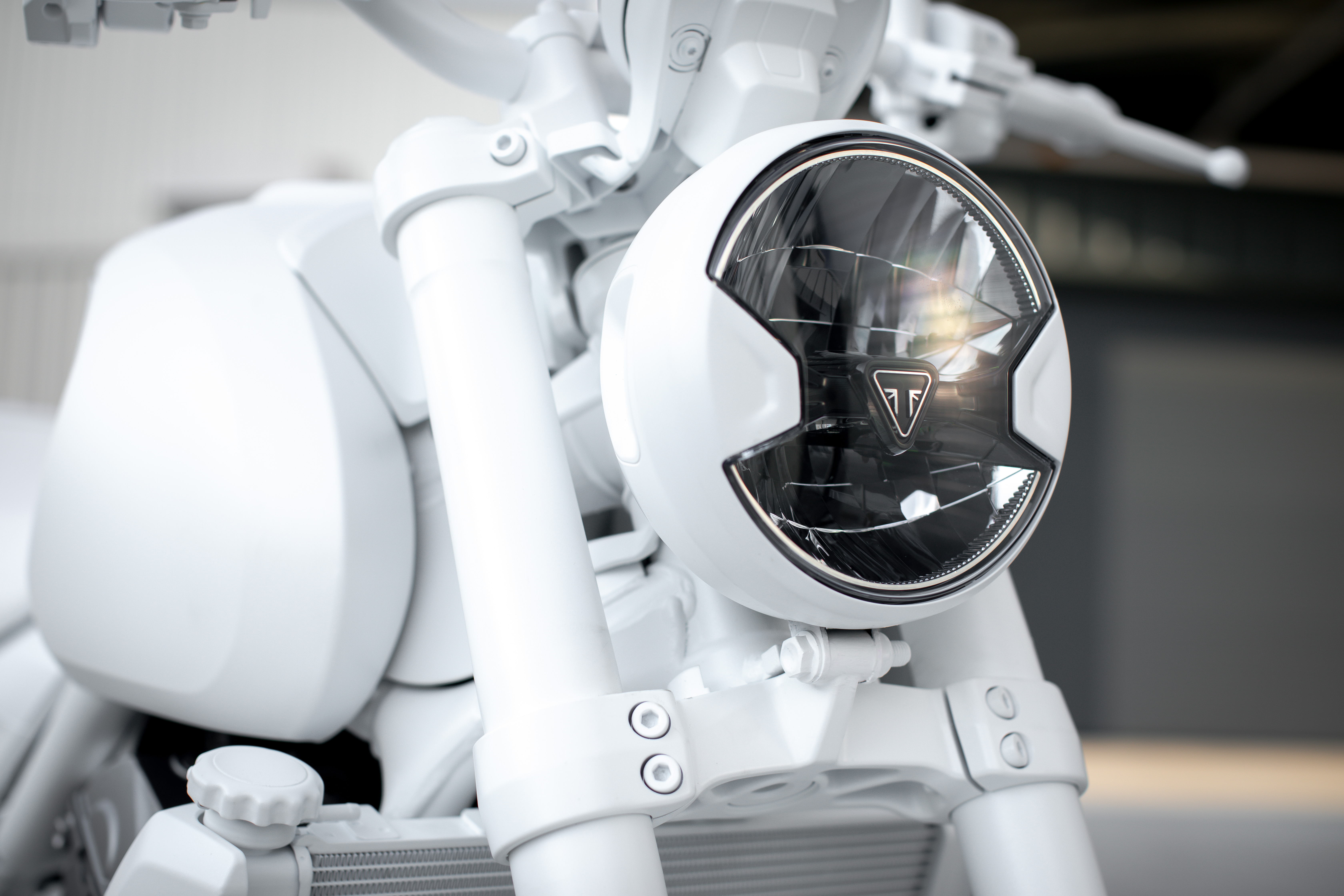 But Triumph’s engineers didn’t just spend four years whipping up a cool-looking bike. The new Trident will be powered by a three-cylinder engine similar to that featured in the company’s Speed Triple bike. It’s far from the biggest engine—660cc and 675cc have been thrown around as possible sizes—but it should still provide some serious, torque-rich zip. And while details are still scant, the brand did promise the bike will come standard with class-leading tech.

“The Trident design prototype marks the beginning of an exciting new chapter for Triumph, where the brief was all about fun, from the look to the ride,” said Steve Sargent, the company’s chief product officer. “With its pure minimalist form, clean lines, Triumph design DNA and more than a hint of our Speed Triple’s muscular poise, this gives the first exciting glimpse at the full Trident story to come.”

The most exciting aspect of the Trident concept?  Unlike the vast majority of protoypes used to showcase new tech, this one will actually make it to market. While Triumph has yet to announce pricing info, it has confirmed that the bike will arrive in dealerships the spring.