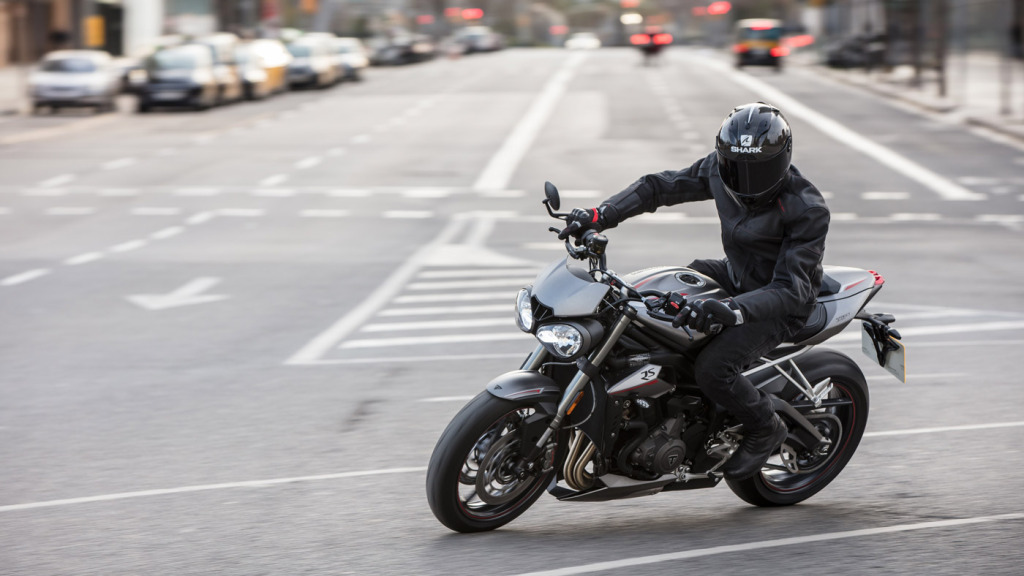 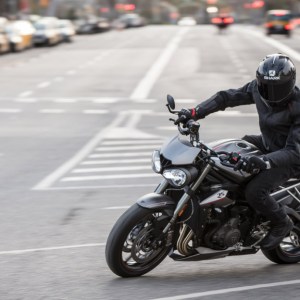 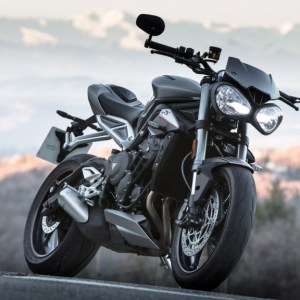 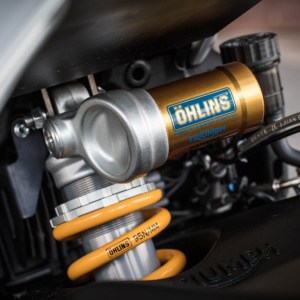 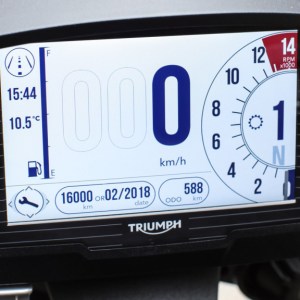 There’s hardly a more rebellious sound in motorcycling than Triumph’s three-cylinder intake. It’s a dominating, guttural growl that overtakes everything around it, even if you’re not trying to break the lap record between stop lights.

That noise, coupled to an equally raucous exhaust note, is a Triumph trademark. And it perfectly matches the feeling the Street Triple 765 RS gives to its rider. You feel naughty, guilty, like you’re getting away with something. Riding to work shouldn’t be this much fun.

The Triumph Street Triple came into being in 2008 as the mid-size response to growing chants for a junior version of the Speed Triple 1050—the bike that saved Triumph in the 1990s.

Born with the same 675cc three-cylinder motor powering the company’s Daytona sportbike, the Street Triple remained at that capacity for 10 years until 2017, when a ground-up redesign gave us this 765cc pearl of a motorcycle which is unchanged for 2018.

In fact, we got three new Street Triples in the base mode 765 S, the R, and the RS model. The RS is graced with a claimed 121 hp, suspension by Öhlins and Showa, superbike-level brakes, and a fully customable electronics suite. The latter offers programmable traction control, ABS, and five different riding modes—all accessed via a five-inch TFT dash with six different display options, ranging from the old analogue-style rev counter to digital designs that wouldn’t look out of place in a Tesla Model S.

With a dry weight of just 166 kg (measured with no gas, of which there’s a 4.6-gallon capacity), the ride is as you’d expect. There are very few things the 765 RS doesn’t do brilliantly. The three-cylinder motor has a claimed 56.8 ft lbs of torque at 10,800 rpm, but in truth it is spread over a massive range. Its delivery can be as soft or violent as you like thanks to the five different engine control unit (ECU) modes, and the moto is matched to (on the RS) a factory-fitted quickshifter which allows you to click up the six-speed gearbox without backing off the throttle.

Yet when that time does come, you’re greeted with some of the best brakes in the business in Brembo’s four-piston M50 monoblocs mated to a master-cylinder that you can adjust via lever span and ratio. This allows you to dial in the exact brake feel and power you want, and is an exclusive feature that many top-level superbikes don’t have.

Being a naked bike, the 765 RS does not cosset the rider in luxury and you’ll get almost all the wind blast on the freeway. However, Triumph mitigated this somewhat by tilting the rider’s seat a touch forward, allowing one to lean slightly into the wind. It’s a good compromise for a motorcycle with no aerodynamic bodywork.

About the only major flaw in the Street Triple 765 RS is its curious lack of a cruise control function, something a machine costing this much—and with so many extra electronic features—should have.

At £10,200, the Street Triple 765 RS is certainly on the expensive side for a motorcycle in this category, but you’re getting a stellar product for the money. The build quality is excellent and the componentry first class. The clincher, however, is the riding experience. Hearing that induction roar each day will make you glad you rode to work.