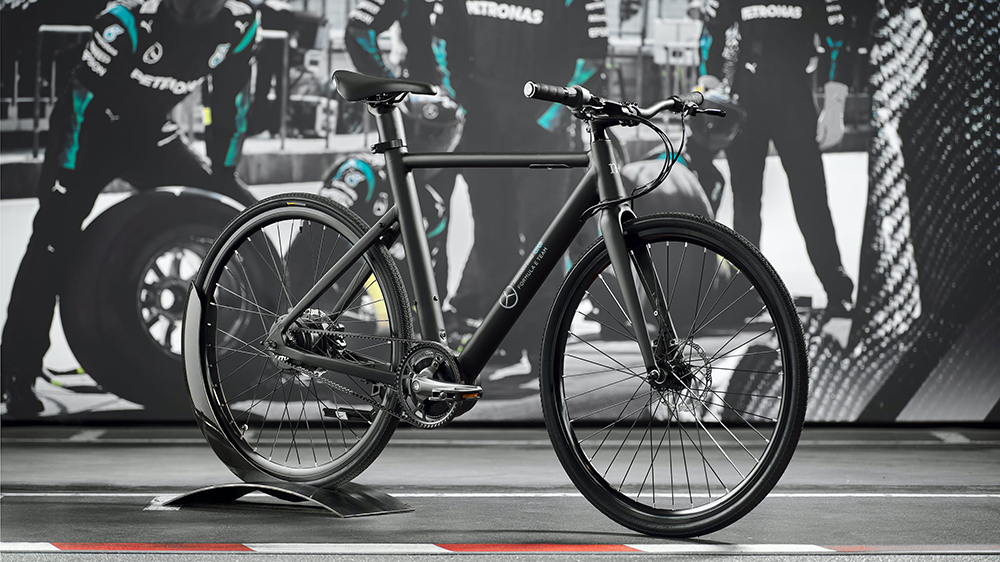 Electric bike design has improved dramatically over the last few years. Technology has seen the hulking monstrosities of yore replaced by sleek two-wheelers you might not even know carry a motor, much less a battery. For proof, just look at Mercedes-Benz’s new e-bike.

The German automaker has teamed up with N+ for the new EQ Formula E Team eBike. Featuring a streamlined design, this battery-powered speedster looks more like a classic road bicycle than the chunky mountain bike you’re used to seeing.

At first blush, the Formula E Team eBike’s hand-polished aluminium frame doesn’t differ all that much from a traditional city bike. Even a closer look reveals just a slightly thicker than a normal frame. That’s because the battery and related wiring are all stored within the seat tube. Gone is the unsightly external battery pack that has sullied the design of so many other e-bikes, leaving you with a two-wheeler that few will ever suspect is battery-powered. 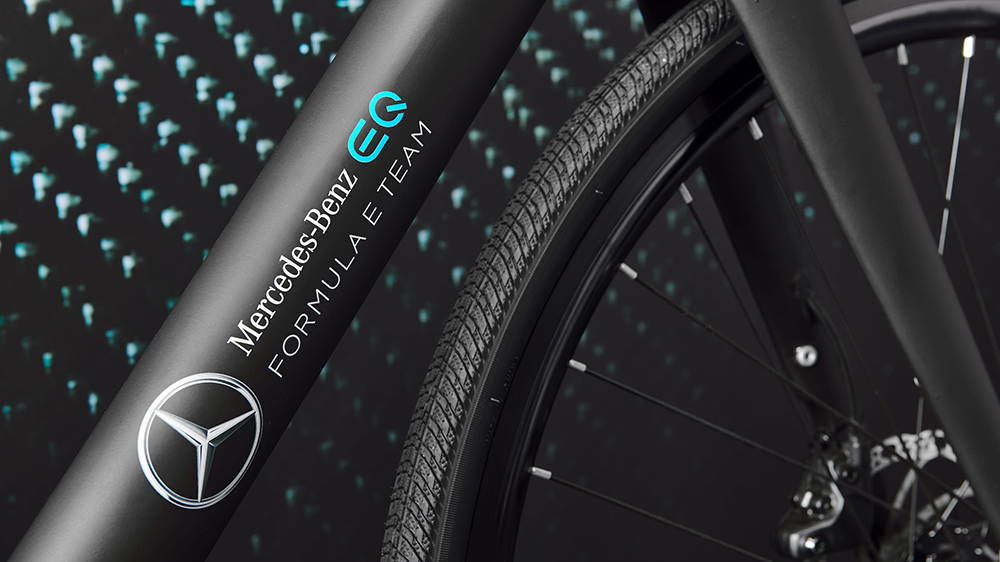 The 36-volt 7ah Panasonic battery pack—which is fully removable via a quick-release button—also gives the bike a healthy 62-mile range, which should be more than enough for a full day of riding. It can also be fully charged in just three and a half hours. It’s connected to a 250-watt mid-drive electric motor with torque sensing, which will allow you to reach a speed of 20 mph, and also offers pedal assistance when needed. And because both the battery and motor are located near the centre of the bike, it has a 50/50 weight distribution, making it one of the most stable rides currently on the market.

Other notable features include a Turmey Archer five-speed drivetrain, which works in tandem with a Gates carbon-belt drive that won’t need maintenance over 18,500 miles. The bike also includes a carbon-fibre fork, Tektro hydraulic disc brakes and Kenda Ks puncture-resistant tires. 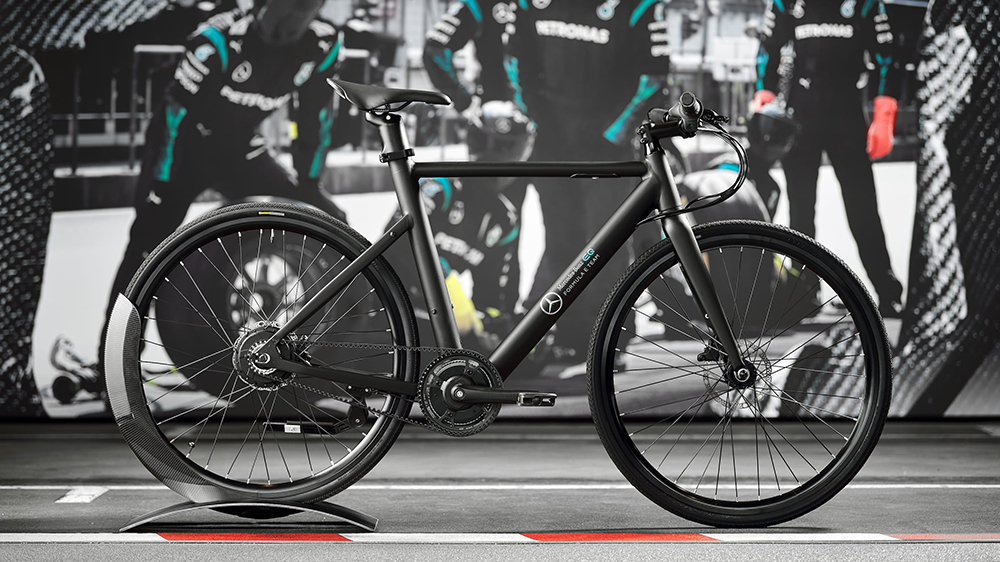 If you’re looking for an e-bike that doesn’t look like one, the Formula E jumps to the front of the pack, alongside the £5,000-plus Specialised Turbo Creo SL. This one’s just a little more little more accessible, though, with a starting price of around £2,400.