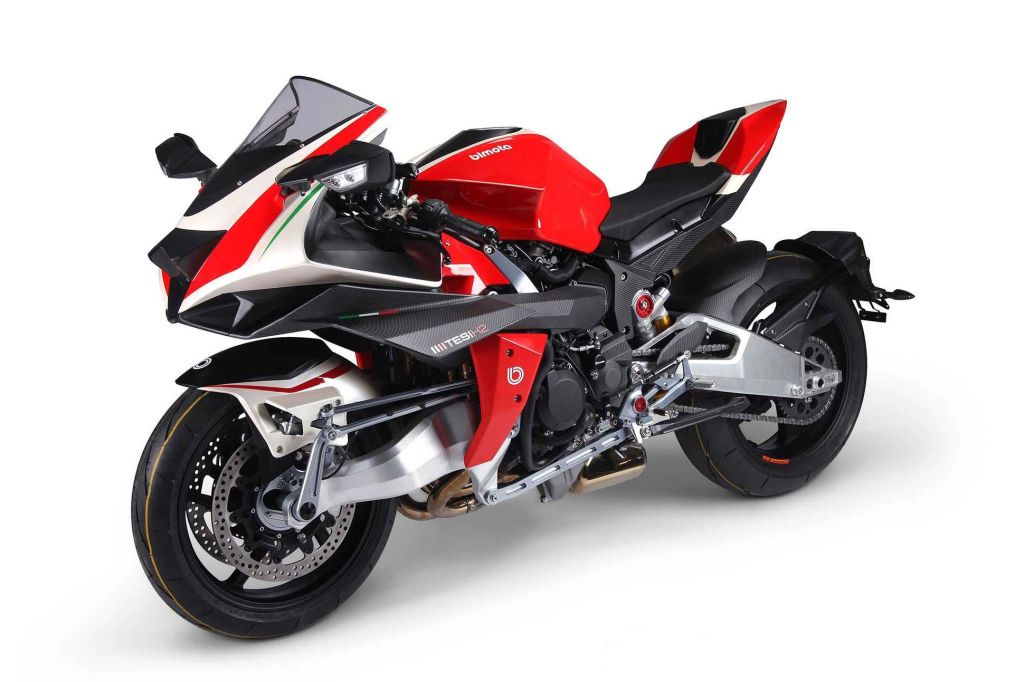 When it comes to Italy’s high-performance motorcycle manufacturers, Ducati dominates both market and mind share, followed closely by Aprilia and MV Agusta. But there’s another need-to-know Italian bike builder, one that has captured riders’ imaginations for over four decades, producing some of the world’s most coveted rides—when not battling mismanagement, bankruptcy and bouts of restructuring. Now that marque, the Rimini-based Bimota, is back. Again. And hopefully for good.

Since 1973, Bimota has been sold twice and filed for bankruptcy. But with Swiss investors Daniele Longoni and Marco Chiancianesi at the helm since 2018 and backed by a subsidiary of Kawasaki Motors Europe, the company may now have the financial firepower to return to its roots. That means producing superb chassis kits as it did in the 1970s and ’80s, for such models as the Ducati-powered Bimota DB1 and Yamaha-based YB4, both revered among sportbike enthusiasts.

The company’s first new motorcycle, the hub-center-steered Tesi H2, powered by Kawasaki’s supercharged four-cylinder H2 engine, hit the market this year with a £58,000 price tag. Another model, the KB4, which borrows its 1,043 cc heart from Kawasaki’s superb Ninja 1000 ABS, will debut in 2021. This chapter in Bimota’s story may be the brand’s best chance yet at longevity. Let’s hope that, after rising yet again from the ashes, this phoenix will actually fly.