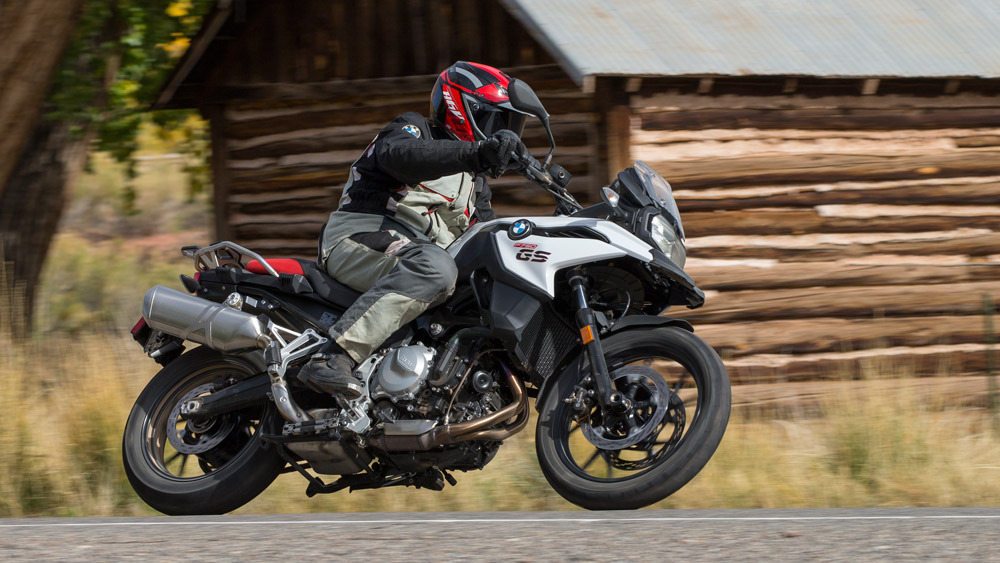 It feels like riding through a post card. That was the prevailling thought on my descent into the rock-strewn, narrow ravine carved out over millions of years by the steady flow of water. Imposing red rock walls rise high overhead on either side, giving the lucky few who dare to trek these remote regions a private show of what the prehistoric world looked like.

The only reminder of the 21st century is the rumble of a modern combustion engine resounding off the steep canyon walls. Splashing through another shallow stream crossing I feel privileged to be experiencing Utah’s dramatic topography found in Moab from the seat of a motorcycle. To be viscerally immersed in the elements as only a motorcycle can do, I think of the people who will miss this display of raw nature because they don’t have the proper vehicle to deliver them into this wonder.

BMW is working to change that. The German manufacturer has created a more user-friendly version of its highly popular 1200 GS, intended specifically for beginner and returner riders. The 2019 F 750 GS bears an uncanny likeness to the stalwart 1200—the machine that virtually invented the Adventure class—yet in a less intimidating package in terms of size, weight and power. The 750 is a highly versatile motorcycle, a daily commuter, a weekend fun toy, as well as more than capable off-road machine that makes the remote back roads and trails accessible.

Powered by an 853 cc parallel twin, the new middle-class GS produces a smoothly delivered 77 hp coupled with a very usable 61 ft lbs of torque. This is delivered to the rear wheel via a six-speed transmission through an anti-hop clutch. Equipped with Rain and Road engine modes and augmented with BMW’s ABS (anti-lock braking system) and ASC (automatic stability control) the 750 enhances safety with advanced controllability. The new GS middleweight tips the scales at 493 pounds, and with seat height options from a low of 30.3-inches to a high of 32.7-inches (with additional options for lowered suspension) the 750 can be tailored to fit virtually anyone.

The 2019 BMW F 750 GS is set to open the fun of adventure riding to a whole new realm of enthusiasts, allowing more riders to experience the thrills and scenery to be found off-road, and giving them their own stories to bring home, as opposed to just hearing those of others.

I Rode the New Ducati Panigale V4 S on a Soaking-Wet Racetrack. Here’s What Happened.