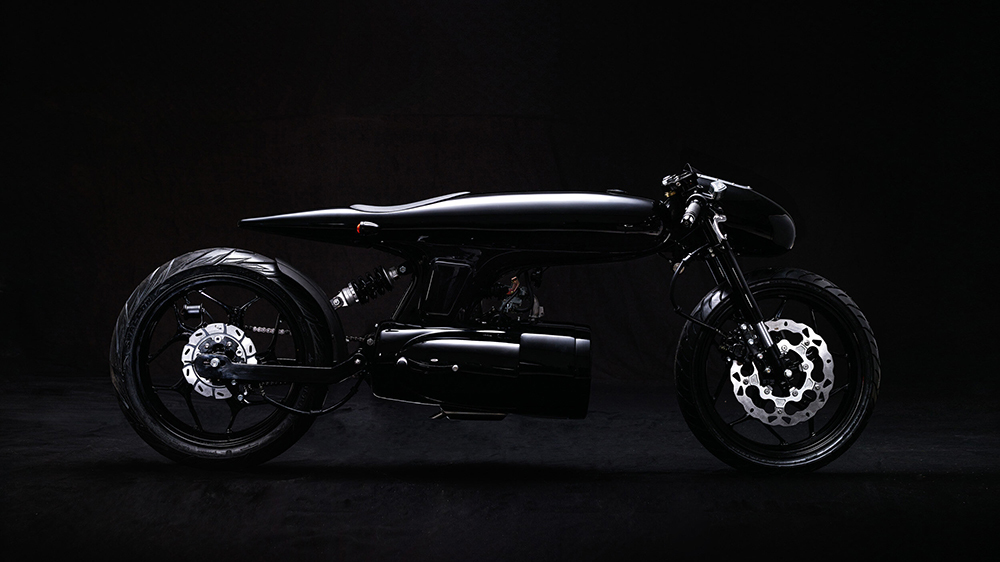 A new motorcycle collaboration may have just set a new bar for what can be achieved at a luxury department store. The Hong Kong store Lane Crawford and acclaimed bike builder Daryl Villanueva have teamed up to develop a jaw-dropping new bike that’s likely to win over the heart of even the most die-hard rider—that is, if they can get their hands on one.

For this venture, the store and builder worked together to create a limited-edition bike dubbed the Eve 2020. The project is so exclusive that only nine––a figure which includes the prototype––will ultimately be produced and sold for £9,000 a piece.

Villanueva spent years honing his streamlined aesthetic with his Bandit9 label, earning himself plenty of fans in the custom bike scene along the way. Each motorcycle that comes out of his Vietnam shop is hand-built to exacting standards and the Eve 2020 is no exception. Each is made to order and takes a full six months to complete.

The striking bike has a slick monocoque body built around a 125cc air-cooled engine and a four-speed semi-automatic transmission with a chain drive, which will help it achieve a top speed of just under 70 mph. However, it is the futuristic, bullet-like stainless steel exterior and cowl that help set it this motorcycle apart. The unusual pairing has become a something of a signature for Villanueva and is just one of the many reasons buyers seek his work out.

Despite the arduous work that goes into the fabrication, this model has a fairly reasonable price tag compared to the competition, especially since its exclusivity almost guarantees its value will increase in the years to come. Like the Merlin, Arthur, Eve Lux and L-Concept models produced by Bandit9, it’s sure to inspire fervour among serious collectors eager to get their hands on Villanueva’s work. And even those who don’t intend to take it for a spin will want to add it to their garage based on its museum-worthy looks alone.

Check out more photos of the Eve 2020 below: